Not a Tourist in Vienna

Late last night, Dave and I drove to Vienna so that we'd be here early this morning. 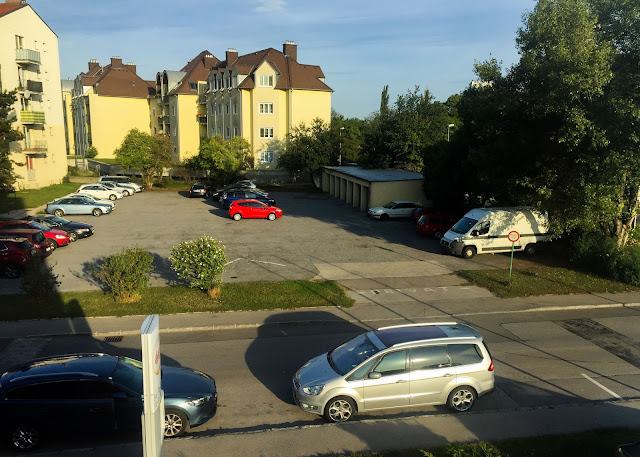 With a meeting ahead of him in Kansas City on Friday morning, Dave left bright and early this morning for the States. 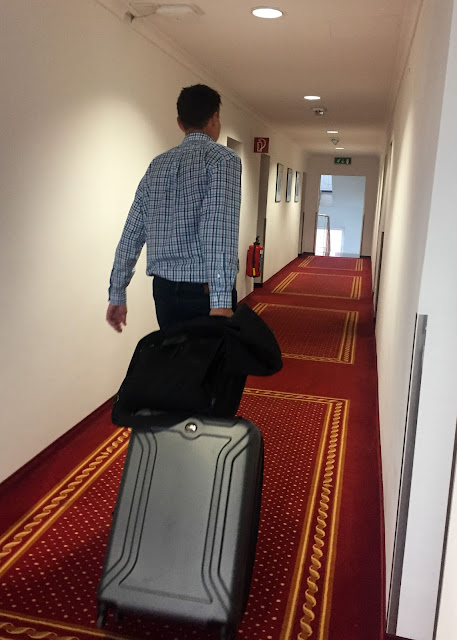 But I had a different kind of day ahead of me.

For the past four years I've been in a physical battle as my body has fought the "change of life" season. Name a symptom, I've had it. Somewhere along the way it's like my body started fighting against itself, and it's just not working the way it should.

I've tried to deal with this in natural ways: changing my diet and exercise routines, taking herbal remedies, trying essential oils, seeing my doctor in Czech, and of course prayer. While certain things provided help or relief for a short time, the bottom line was that there was no long-term change. And this summer it was worse than ever.

Through a connection from some friends, I contacted a doctor in Vienna who is a specialist...sort of a female "Dr. House" (if you know that fictional character from the television program who was the "Sherlock Holmes" of medical mysteries). She has been a great help at uncovering the mystery of what was going on for our friends, so I made an appointment three months ago (she's hard to get into) to see if she could be of help to me too. 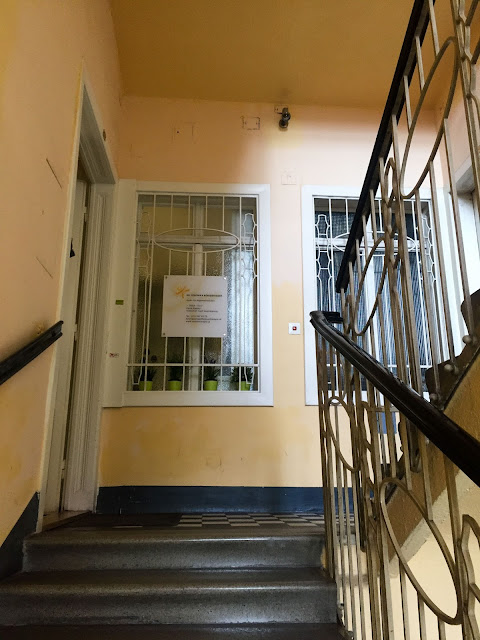 She was incredibly thorough at gathering every small and large detail of my medical history, and after an hour and a half, made the plan for what to do next. It will involve several more trips down here.

The good news is this is not at all life threatening. And I never thought it was. It's just been a hindrance (and to be honest, an annoyance, discouragement and bother) in my life. It was a great relief when she said it doesn't have to be that way, and that she'll do everything she can to bring my body back into balance and health.

It was pretty crazy to be running around Vienna today picking up a few things she wanted me to have. I had to chuckle when I just drove past Schönbrunn Palace, one of the most famous sights in Vienna, on my way downtown to get to a pharmacy. 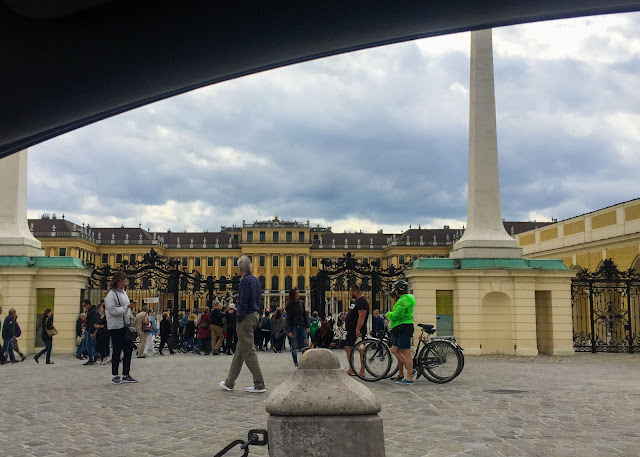 While the day started out cool and cloudy, by the time I got downtown, the sun was peeking out and it looked like it might be a pretty afternoon. 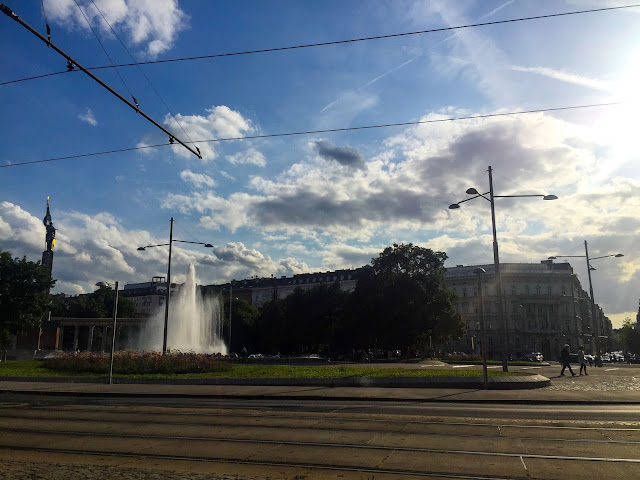 The pharmacy she sent me to is absolutely downtown, in the historical center of Vienna. While thousands of tourists milled around, I felt rather funny walking past such famous places and not stopping!


I have no idea why, in all of Vienna, only this pharmacy could provide me with what I needed. But I'm kind of glad it was the only one! It was such a lovely walk there. 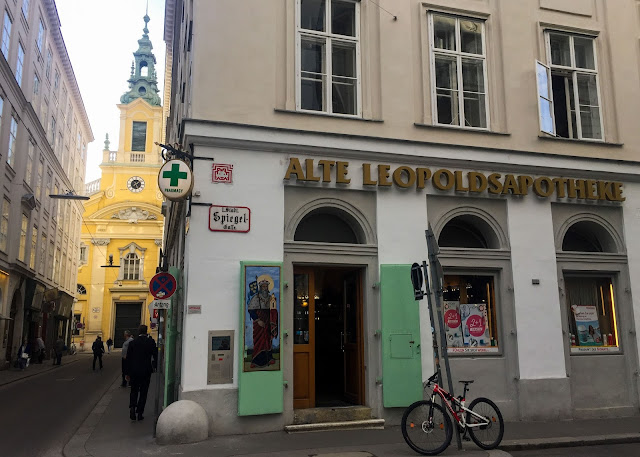 I walked past St. Stephens cathedral, a church that was completed in 1160. 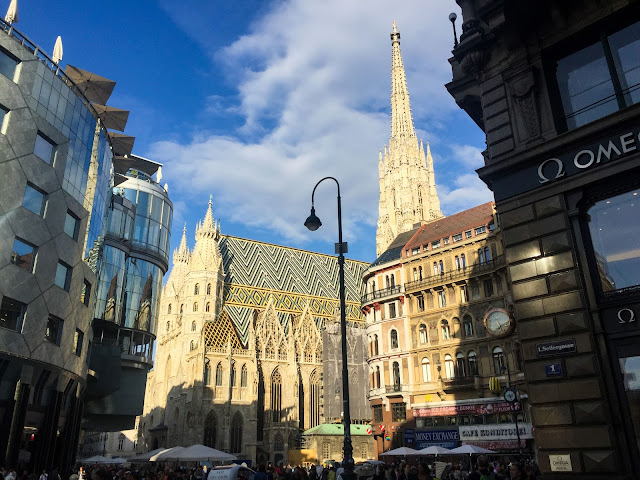 And past all sorts of other beautiful churches and buildings. 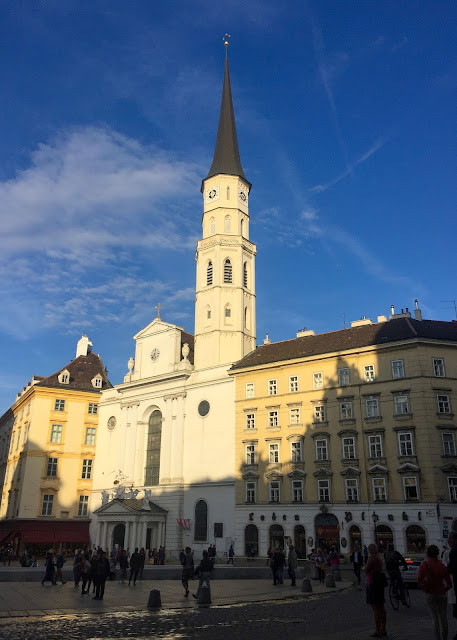 Of course, when you're in Vienna, you have to have strudel! 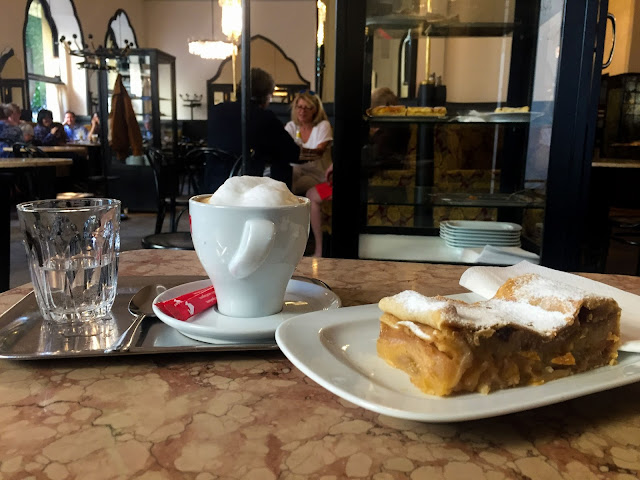 With at least two more appointments scheduled in the coming months, it looks like I'll get to know Vienna a little more than I ever have in the past.

Maybe when all of this health stuff gets sorted out, I'll celebrate by going to the world famous Sacher Hotel for their Sacher Torte!


Tomorrow morning I'll be at the airport, heading to the States as well. More on that after I arrive.
Posted by Living By Lysa at 9:38 PM