Dave had to be gone this evening, so I asked Claire if she wanted to run some errands with me, have dinner and see a movie together...something we haven't done in ever so long (the movie part, that is!). 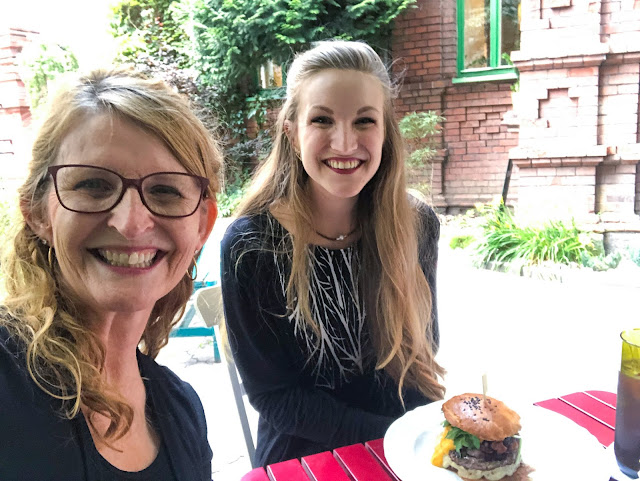 We tried one restaurant downtown Ostrava, but it was completely full. So went around the corner to try Hogo Fogo Bistro. That was a seriously good decision!


While we were eating, I told Claire that this was the beginning of my birthday celebration as it's never too early to get started on one's birthday!


After Claire took the picture she laughed because I'd just had out my red wallet, next to my red phone case, while sitting at a red table on a red chair. Do you know what my favorite color is?! 🤣

We made our way over to the Futurum mall where the movie was showing - the only place in Ostrava that has it still playing in English. While doing errands we ran into one of our JV staff, Shelby, and had a wonderful time catching up with her about the summer (she's been leading a Fusion international intern team).

When it was time for the movie, we headed over to that part of the mall, meeting up with Lara who we'd invited to come too. 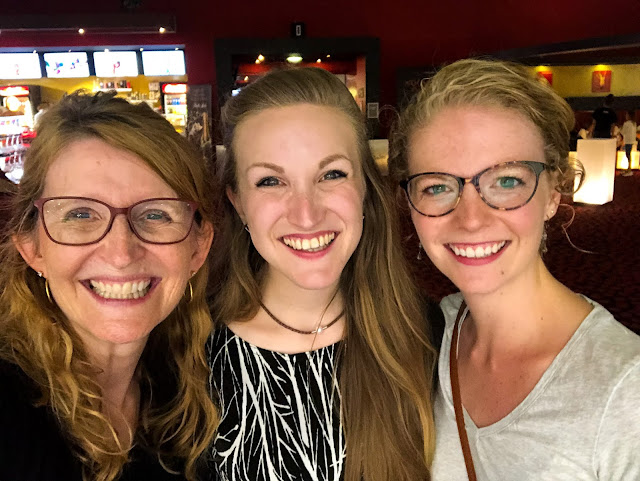 Hang with me here...this is about to get funny!

Lara had never been to this movie theater, so as we waited in line to get drinks Claire and I told her about how this was the first multiplex to come to Ostrava when the kids were young, and how special it was to come to movies back then.

As we continued talking, we made our way over to the person checking tickets, and I pulled out my phone to show the ones I'd bought on line ahead of time for the movie.

Only to be told, "You're at the wrong movie theater"! As in, I had bought tickets for Cinema City, and we were at Cinestar! 😭 😭 😭

I seriously don't know how I got that mixed up. There are only these two theaters in town - and I know which one is which...or rather, thought I did! I was SURE that this theater was the only playing it in English...but I was wrong.

Knowing there would be at least ten minutes of previews, we raced to our cars and headed to the other mall, arriving at the theater at 7:48. I know because I was watching the time, laughing at myself
for having made this mistake, and wondering how close we'd cut it to getting there in time. 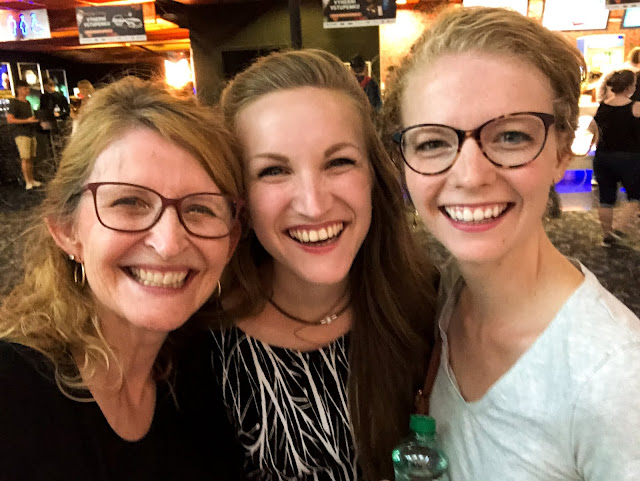 We sat down just as the last preview finished, and the lights went down so this movie could begin. 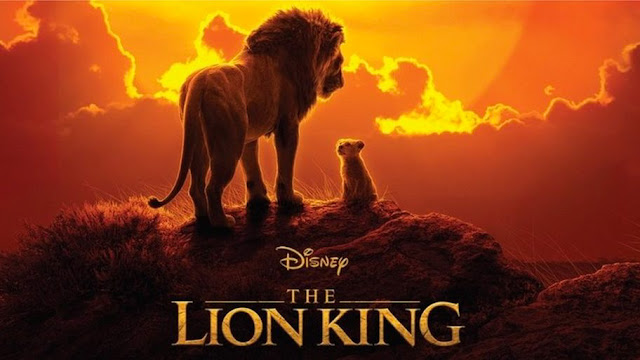 Yes, our girl's night out was to see the new version of "The Lion King", whose original version came out the year Claire was born in 1994! 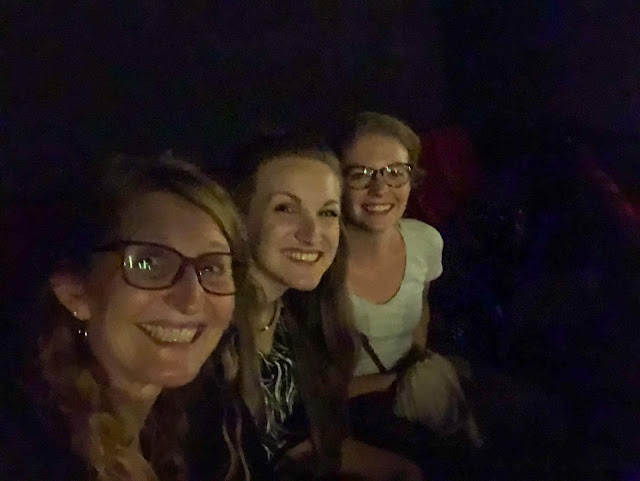 The movie was delightful and we stayed until the very last credits finished, with no one else in the theater by then. 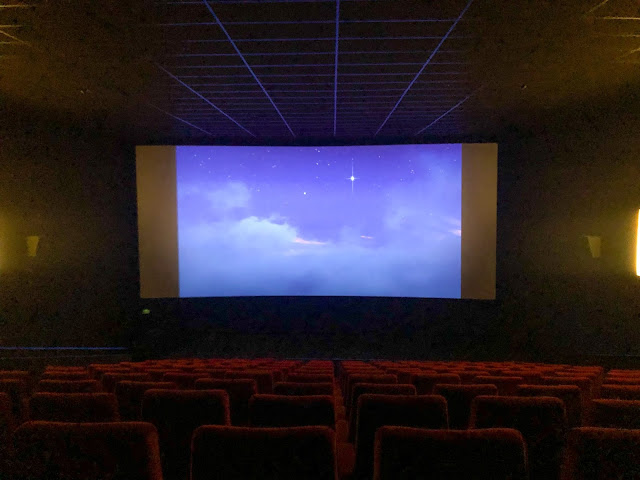 Hakuna Matata - "...it means no worries, for the rest of your days!"

Well...that's not a great life philosophy or way to live your life. But it was definitely a great movie, worth seeing again after all these years, and made all the sweeter by seeing it with my dear Claire and Lara!
Posted by Living By Lysa at 10:30 PM