When we're vacationing on our little boat amongst little islands in Croatia, our spot to anchor each day is completely determined by the direction of the wind.

Today, the wind switched direction so we had to go to the other side of the island to find a calm cove. 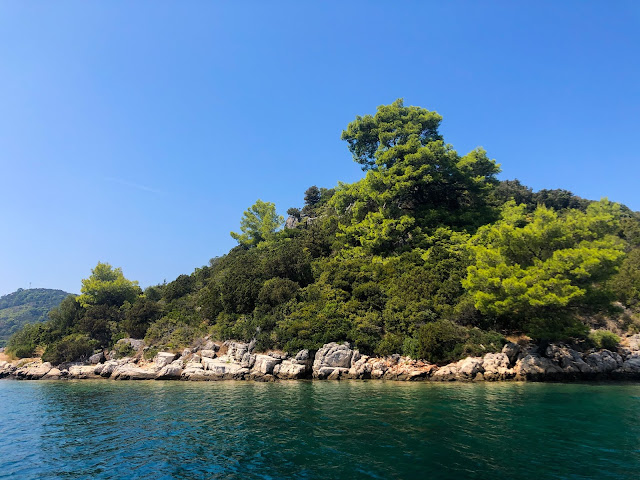 We motored around the north side of Lastovo and came into a cove we'd never been in before, dropped our anchor and spent the whole day there.

Both of us were in the middle of good books today, and while we chatted with each other a little bit, it was, for the most part, a very quiet day out there, with not one person in sight the whole day.

So, in contrast to what our day had been, maybe that's why I found this so very funny just as we were getting ready to leave the cove at 7 PM. 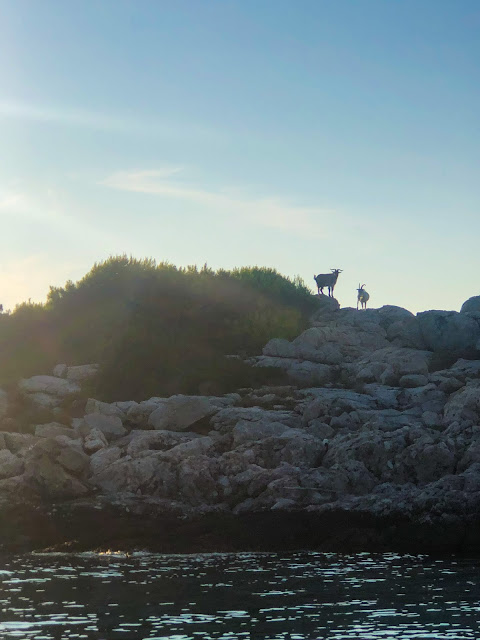 Do you see what came all the way out onto the rocks to see us??

As Dave was pulling up the anchor I thought I heard a sound that was out of place for the spot we were in. Who expects to see GOATS in the middle of nowhere?! 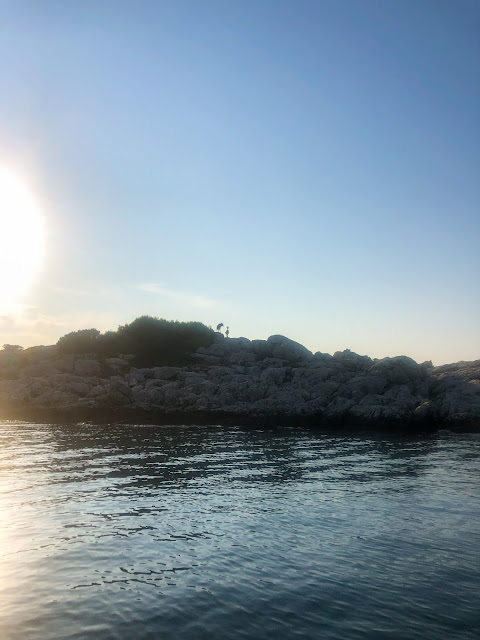 There were actually three of them out there, on this last little spit of the island. And I couldn't stop laughing about them! 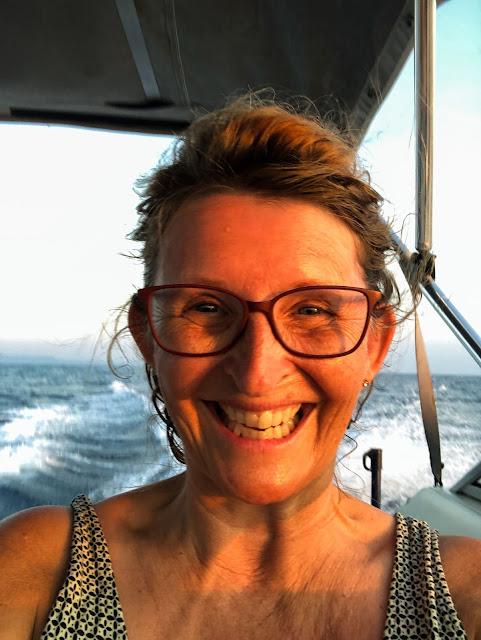 Even as we motored off, after a while of observing them (while they were observing US!), I just couldn't get rid of the giggles over them appearing out of nowhere!

As goats go, they were actually quite handsome (maybe pretty? Who knows if they were male or female), each with different coloring. So I'm assuming they belong to someone...though how far away that someone lives is rather incredulous! Is there such a thing as wild goats?

I'm not sure I'm ever going to get an answer to that question. So for now, I'll just keep laughing about the goats who came to visit us today. 🤣 🤣 🤣
Posted by Living By Lysa at 10:38 PM