The JV country leader summer summit ended today. That meant that Amy and I said goodbye to each other. 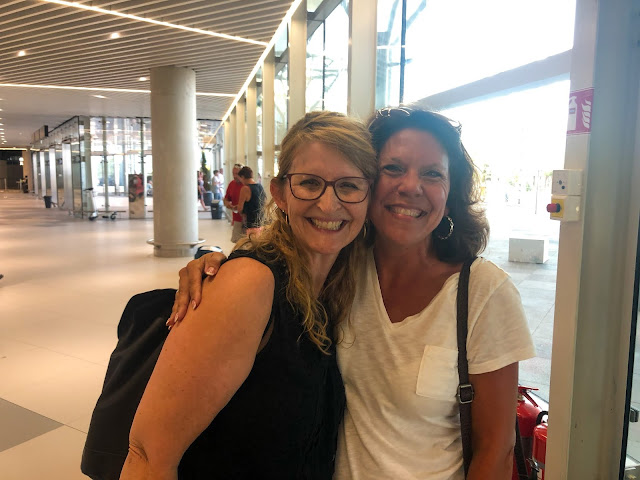 She and Mel will continue on with their six month "exile" out of the Czech Republic (see HERE for an explanation of why) so I won't see her again until we're in the States in October.

They'll be back to Czech in November. 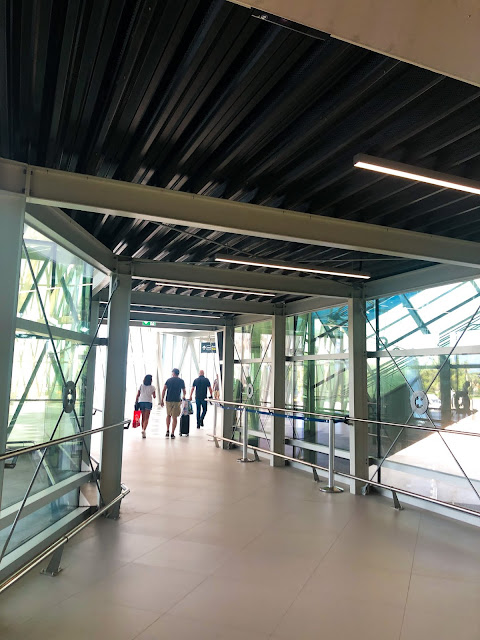 Dave had forgotten his computer cord, so walked out with Amy to meet Mel alongside the road to get it. Unfortunately there was an accident so it took Mel quite a while to make it to the airport to drop off the cord and pick up Amy.

Meanwhile I stood inside, not able to check in without Dave! At least I could admire the brand new Split airport! 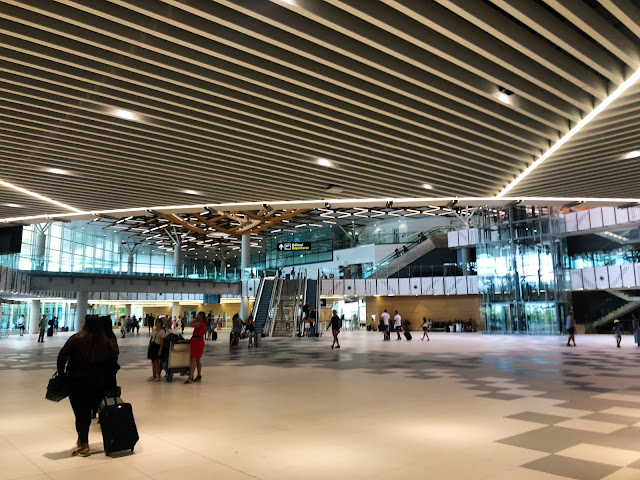 With 45 minutes to go before the flight took off, Dave finally made it back into the airport! 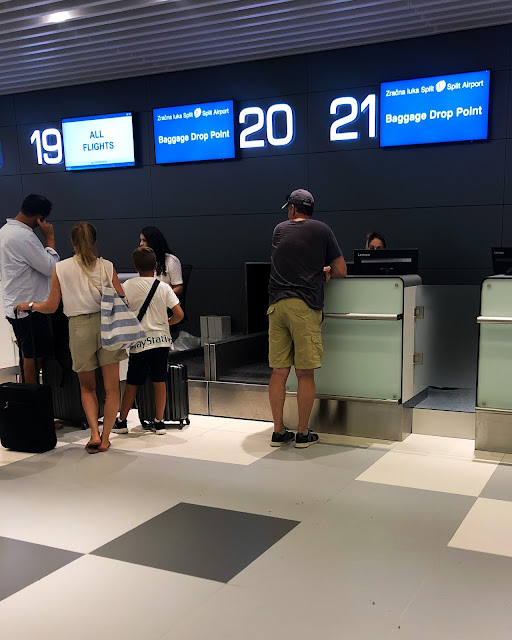 I'm glad going through security was a breeze! We even had time to sit while we waited for our flight. 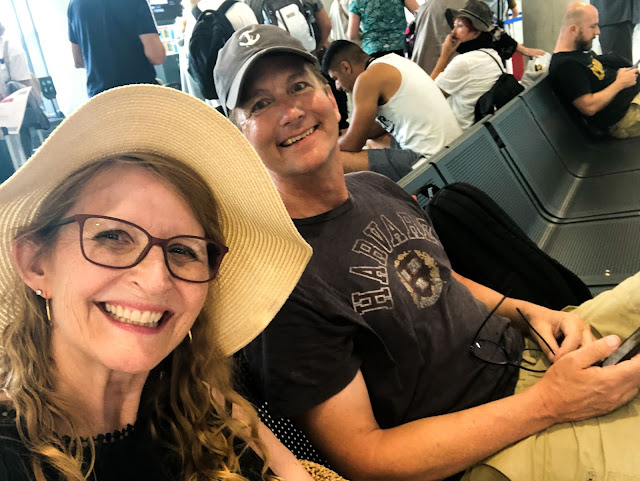 Two flights later, we were back in Vienna, on the train to pick up our car. 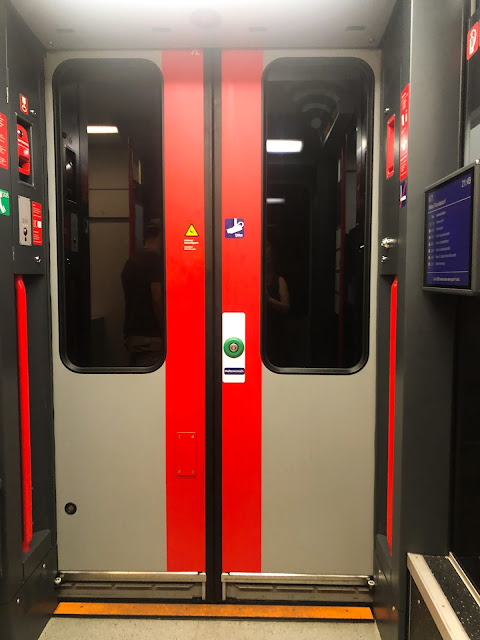 But this was not the end of our day!

We had a four hour drive in front of us, so didn't arrive to our next destination until 2 AM. More on that tomorrow.
Posted by Living By Lysa at 11:30 PM