After a drive from the Vienna airport last night, we arrived at 2 AM to spend the night near Liptovsky Jan in Slovakia, so that this morning we could be at Campfest! 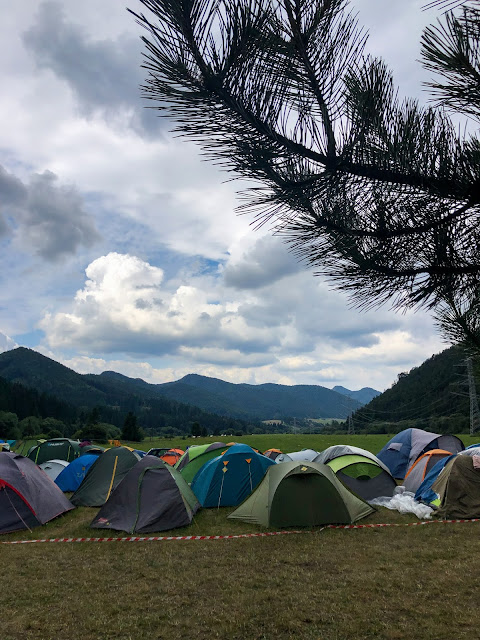 What is Campfest? It's a Christian festival that began 20 years ago, organized by Youth for Christ, Slovakia. Here at their ranch facility, nearly 6000 people have gathered for concerts, seminars, prayer, and lots of fellowship. 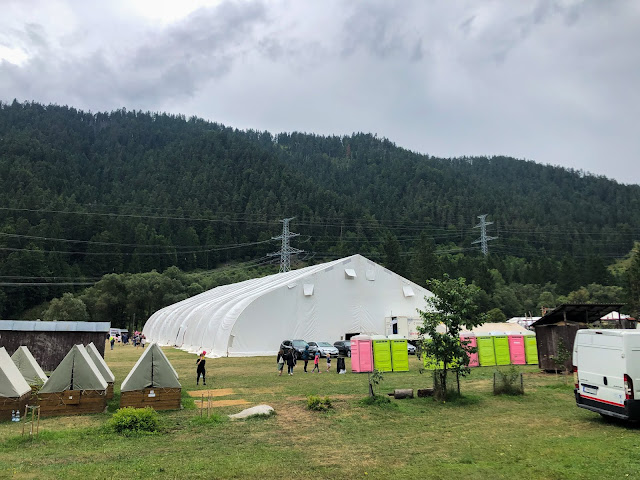 The "Hanger" is a large tent where the main events take place, such as this children's concert this afternoon. 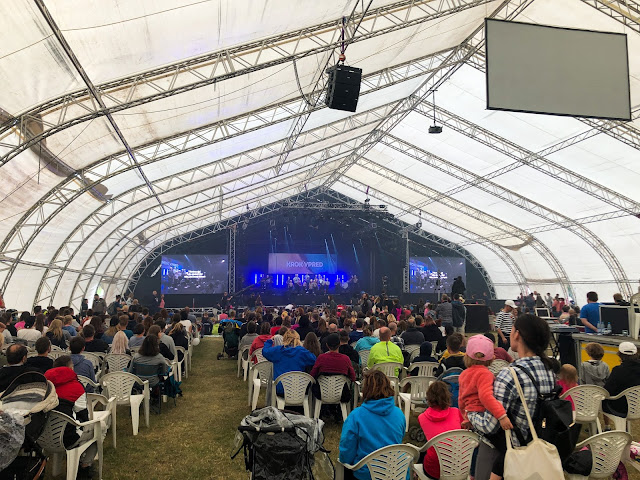 Dave was invited this year to speak during one of the seminar hours on the topic of his book, Father God. We made our way over to that tent for a sound check, along with a rapper who was giving a concert there just before Dave's seminar!


While Campfest is put on by YFC (MPK in Slovak), they work in cooperation with many other Christian organizations across the country. I had to smile at seeing someone helping with sound, wearing a sweatshirt from a JV camp last year! I saw many other JV camp t-shirts from previous years too. 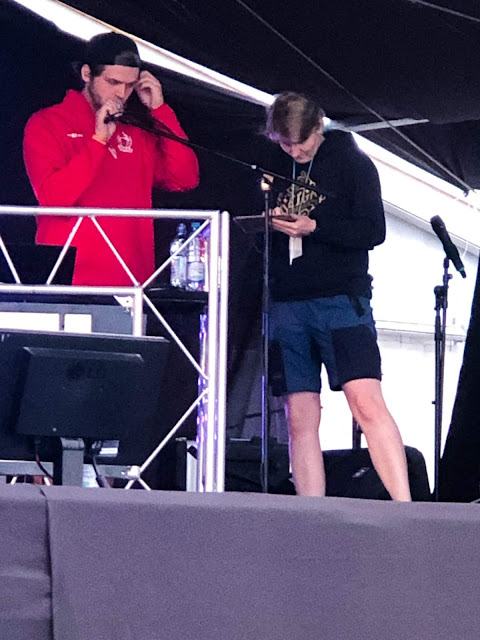 Dave and I went over to one of the cafe tents to grab a bite of lunch before his seminar, and while we were sitting there, a young woman scooted over to us and asked if we remembered her. 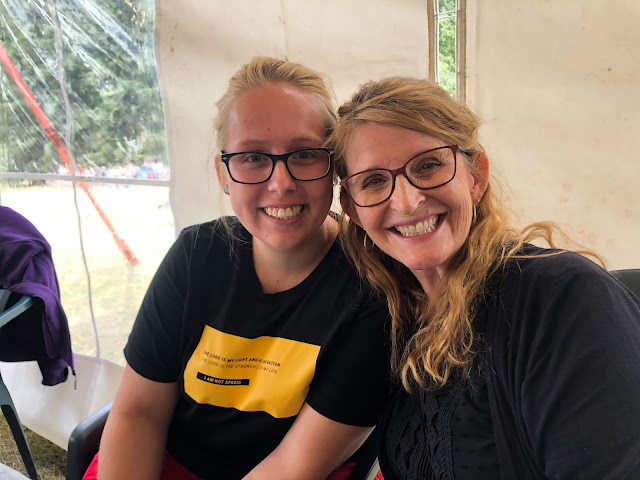 It only took a me a few seconds to remember that she was a classmate of Claire's in high school, and someone that had spent some significant time at our house six years ago! It was so special to see her again, and hear of how she's walking with the Lord today.

She and I walked together to the tent where Dave was giving his seminar. 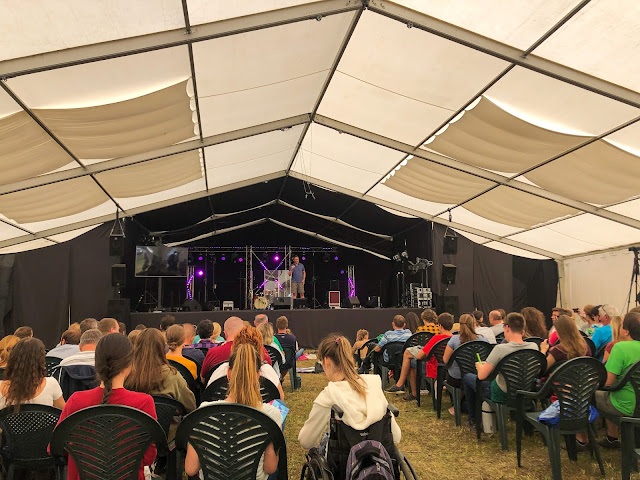 I took that photo at the beginning of his seminar; by the end people had filled in the grass down the aisle, and everywhere else in the tent. I'm guessing there were somewhere between 400-500 here to listen.

Afterward people were still interested to hear more, so went to another tent for discussion with Dave. 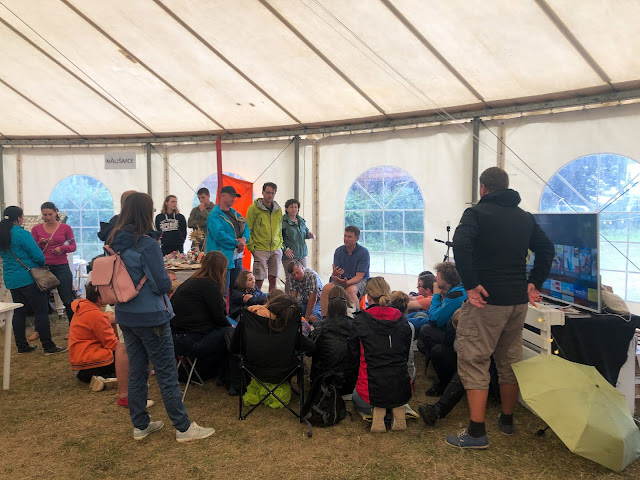 This year Dave's book was published in the Slovak language, so was being highlighted at this festival.


In the late afternoon, in the literary tent, Dave had an interview about his book for anyone who wanted to come and listen. 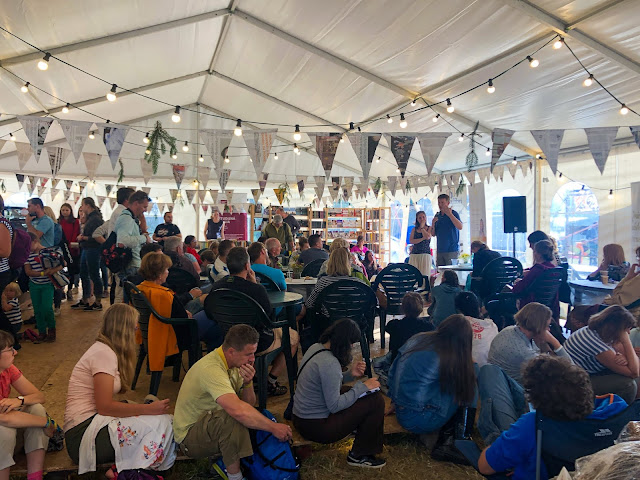 What a sweet atmosphere it was, as people asked such good questions!

While listening to Dave answer them, I noticed his book on someone's lap! 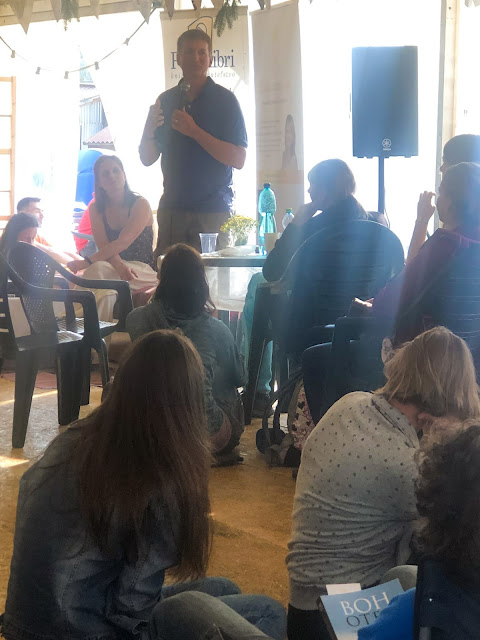 After dinner with Clara Jones (I wished I'd remembered to take a picture of us, but we were too busy talking!), Dave and I headed into the Hanger for the evening program. 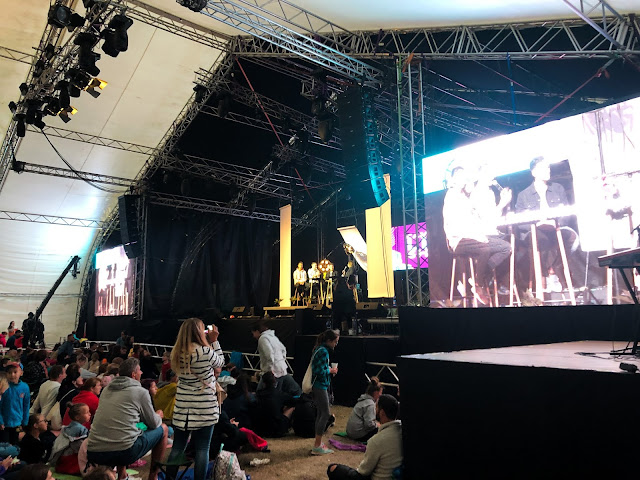 As the program began, the Hanger became fuller and fuller with people. I had to take a picture of the big screen in order to capture how many people were inside behind us! 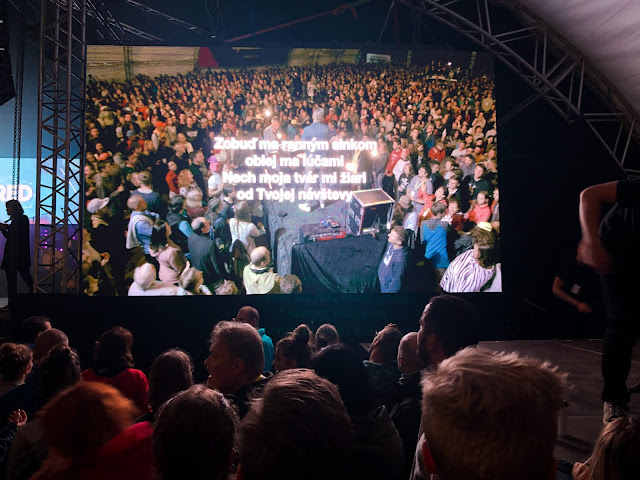 With a two-hour drive to Bardejov ahead of us, we had to leave at 9, but the program would go on until 2 AM!

We drove with our dear friend, Maruška, to spend the night at hers and Daniel's home. 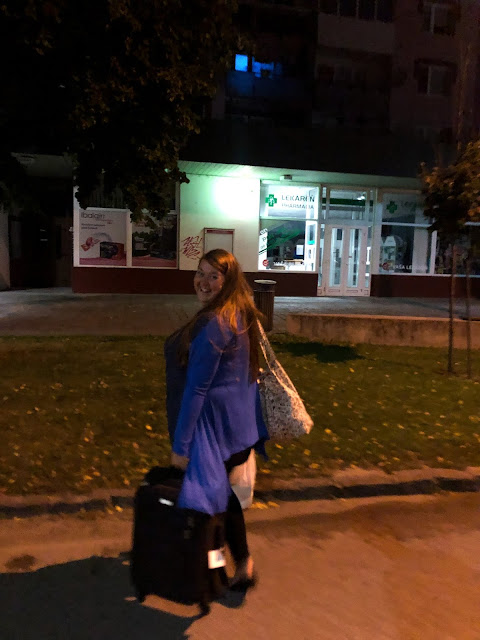 Daniel couldn't come with us since he was serving on the technical team at Campfest; he wouldn't get home until 4 AM! But it was wonderful arriving at their place to spend the night.


What a beautiful day, being part of Campfest's mission to reach this generation with the good news of Jesus, and help them take steps forward in their walks with Him!
Posted by Living By Lysa at 11:00 PM