Not my kind of job

Earlier today, when I was out and about, I had a blog post in my head about something...even snapped a few photos on my phone to go with it. 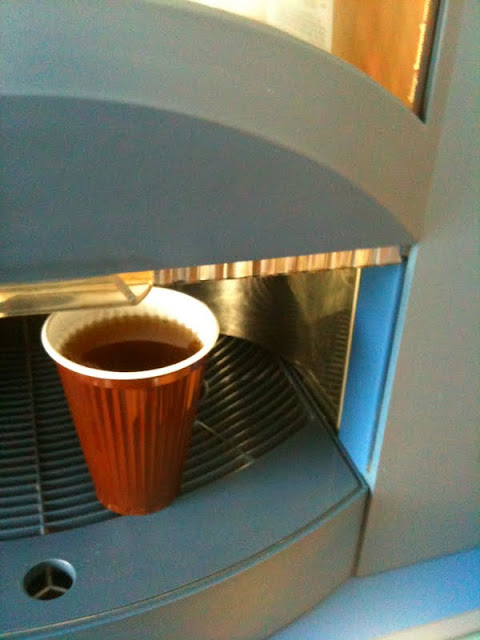 Went on my way after that, happily thinking I'd post about it when I got home this evening. It wasn't a big deal...just one of those details of life things in a day that I was taking note of. 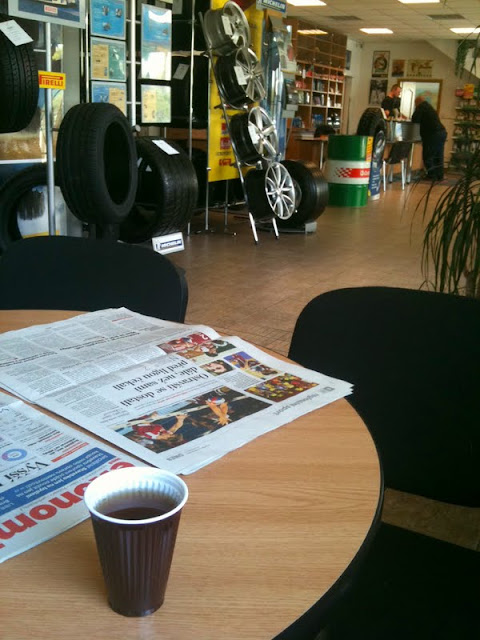 Then...it got messed up.

Where I'd been was at a tire shop. Let me just say...that is NOT one of my favorite places to hang out. It probably wouldn't matter if it was here, in the States, or in Hong Kong...I'd probably feel the same about it no matter where I was.

Dave had ordered new tires for me that I was supposed to just go to the garage, show them the paper, have them mounted, and be on my way. Okay. Easy enough.

So the post I had in my head was about how the only thing I like at the tire shop is the vending machine that dispenses a really yummy lemon tea for 6 Kc ($.33). 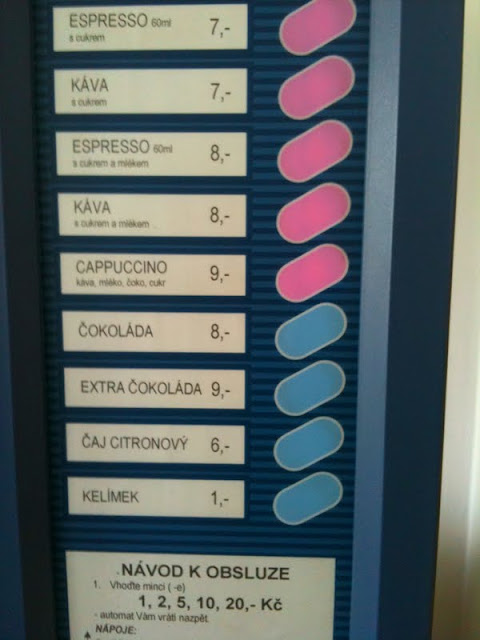 It's a tea that I've been drinking all the years we've lived here, when I've had to be in places I don't really want to be...it seems like all those places (tire shops, customs departments, visa offices, etc) seem to have that tea in their vending machine and it makes the wait bearable when I can get a cup or two (or three...). 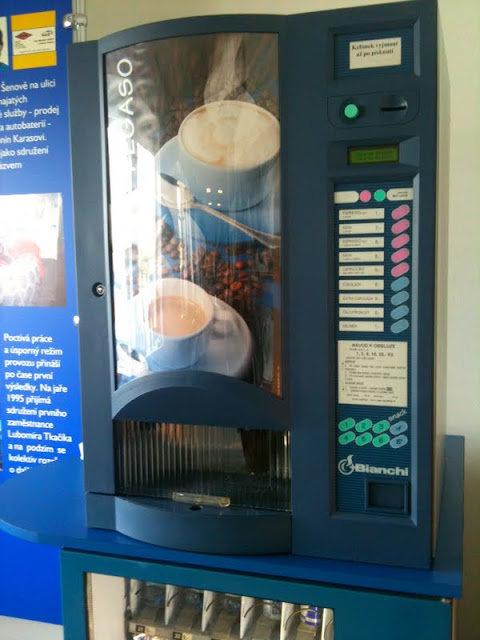 I did have my three cups of tea while I was waiting, making it was bearable to be there while I waited for them to take care of my tires.

But then...the mechanic walked through the door, right towards me and wanted to say something. AAGGHH! This is the part I don't like at these kinds of places.

I can talk about shopping, people, babies, health things...but I don't like to talk about tires! Honestly...I'm not sure it would be all that different if I was even speaking English!

What he wanted to tell me (I think) was that my winter tires are worn and would I like to have them thrown away.

HOW WOULD I KNOW??

I made a couple of frantic quick calls to Dave, trying to find out if this was in the plan. But he was out, having left his phone in the office (I know because I called Mel to try and track him down!) so I couldn't reach him to ask what to do.

Mr. Mechanic was waiting for me at this point to tell him what to do. AAGGHH!! He'd showed me the winter tires but for all I know they could be new...or ten years old. I don't know tires...nor the language to talk about them.

And off I drove, happy to be done with the tire shop, moving on with my day.

"You what?? You had him throw them away? Did they look old to you? Did you think they were bad tires?"

Now I have to say...Dave said all this in a kind voice...he wasn't mad! But I was feeling pretty mad bad by now and really didn't want to be having this conversation. We hung up with him saying he'd call the tire shop and talk to the mechanic about it.

A few minutes later he called back to say I needed to return to the tire shop - they were saving the old tires for me to pick up.

I didn't want to go to the tire shop in the FIRST PLACE!! And now I have to go BACK and pick those tires up?? Let's just say I was a little less than happy to hear that news (especially since I was downtown by now, 25 minutes away from the tire shop, doing some shopping).

But, after I finished my errands, I did return to the tire shop. Mr. Mechanic met me at the big garage door with a grin on his face (why do they grin??), had me drive back into the garage where all the guys were, and loaded the tires into my car as I held my breath HOPING he wouldn't say anything to me. I did not want to talk about this!!

Thankfully, he didn't and I was on my way in less than five minutes, breathing a sigh of relief that the chore was done.

But I still felt stupid.

"Honey, will you please go change the tires next time????"