I don't know if you can read anything on the sign in the picture below... 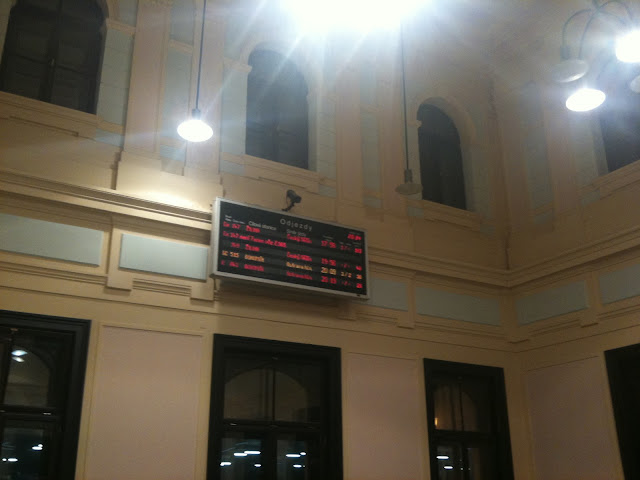 It's saying that every train coming into the Ostrava Svinov train station is late...which was a bummer since Caleb was on one of those trains!

He flew back from the States yesterday (arriving in Prague this afternoon), after a whirlwind trip with Dave, checking out colleges last week. They had a great time together and he's fairly certain which school he'd like to go to now...more on that in another post though!

Thankfully his train was only 30 minutes late (there was one on the board when I got there that was already 3 hours late...glad he wasn't on that one!). It was good to see him walk through the doors, safe and sound back in Czech. At least for now! 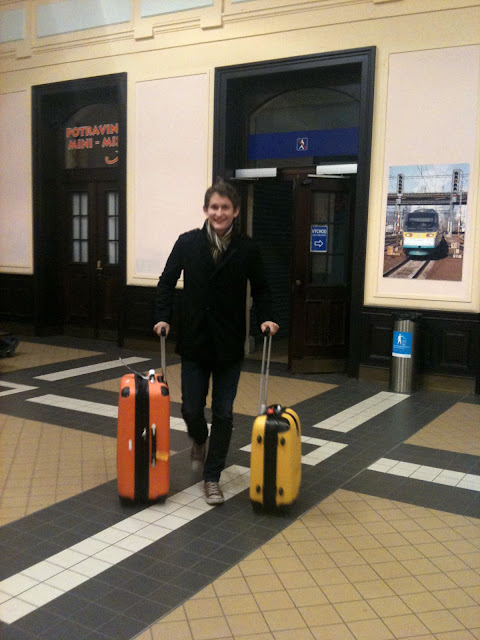 It won't be long before it's time for him to head off to college like Tyler did two years ago. This is one of those times when it just doesn't seem possible that my boys are all grown up!
Posted by Unknown at 10:52 PM