This morning in our Bteam meeting, Dave led us in a study of Matthew 4:18-22 where Jesus calls his first disciples.

I was trying to imagine what that call was like for Simon Peter and his brother, Andrew, for James, and his brother John. The text goes on and says "At once they left their nets and followed him."

On one hand, I have. Twenty seven years ago I heard that same call from Jesus, "Follow me". I haven't turned back on that calling since then.

And yet on the other hand...I think following Him is a daily, hourly, minute by minute calling. Am I quick to follow without any hesitation in my everyday life?

Honestly, one of the clearest examples right now of pure, obedient response to 'calling' is, strange as it may sound, by our dog. 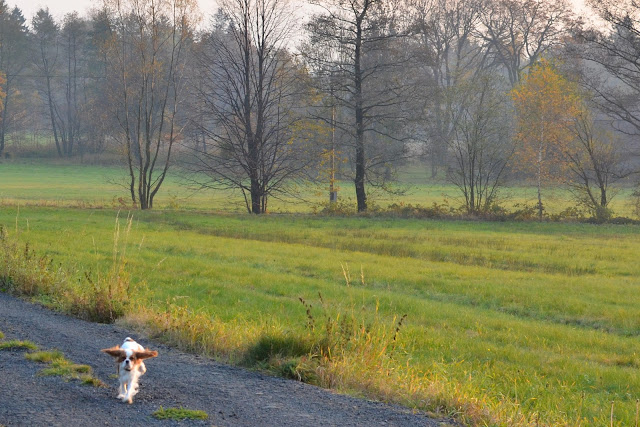 It doesn't matter where she is...out in the field, on the other side of the house, or in another room...when I call out, "Kaylee! Come!!" She responds with bounding enthusiasm and comes immediately! 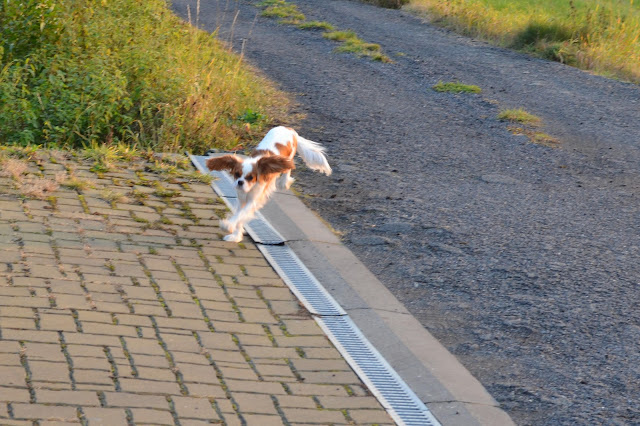 My neighbor stopped by yesterday morning to tell me Kaylee was out on our little road, which is like a really long driveway. There is no traffic except for our cars and the social services woman who brings lunch to our neighbor every day. But our neighbor was still worried and wanted to know if I was worried about Kaylee. 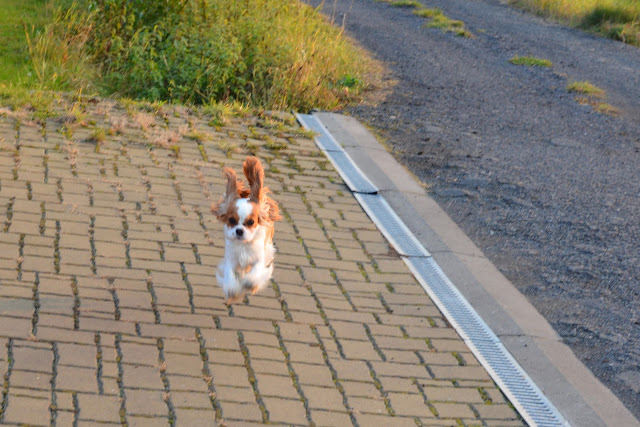 All I had to do was call out, "Kaylee! Come!!" And in an instant, there she was, skidding from around the side of the house, and up to my legs with pure joy at having been called. I know that she will respond that quickly nearly every single time I call out to her (it may not be 100% of the time...but it's close!). 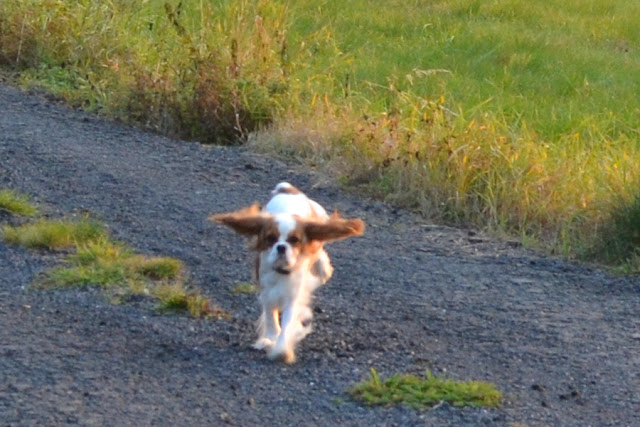 When I think about Jesus calling out to me, "Connie! Come!", I want to be THAT fast at responding. With joy, with unfettered exuberance like Kaylee. 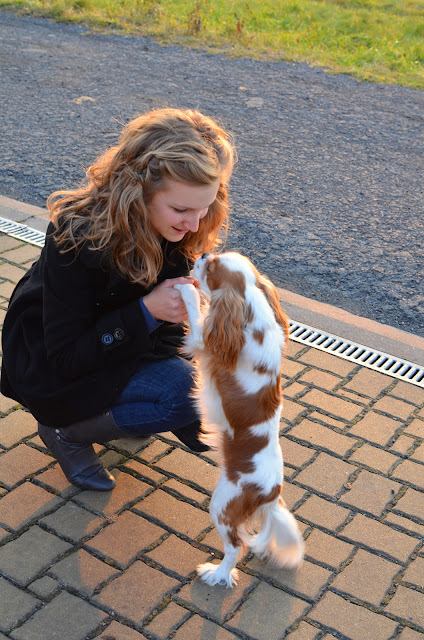 ...happily at my Master's feet, willing to do whatever it is that he is asking.

As a side note...I was interrupted while writing this post and had to unexpectedly go down to town to pick up Claire who finished school early.

Normally Kaylee is happy to go along on a car ride, and did bound down the stairs following me as I got my coat on.

But after we walked outside, heading for the car, she suddenly stopped on the front porch. I called out for her to come, but she didn't! I called out numerous times, even walking all the way to the car to see if it helped to have me out of eyesight. Not a chance. She remained on the steps.

Who knows what was going through her head...did she know I was writing a blog post about how obedient she is! :) Ha! I ended up putting her back inside the house and going down to town without her.

Her lack of response gave me pause for thought, "Do I do that???" Do I ever hear Him calling me, but sit on the porch for whatever reason may have popped into my head, unresponsive to His calling??

Perhaps I do. I want to be more thoughtful about this in the coming days and make sure I'm the 95% Kaylee, and not the 5%!