Changes Down the Road

For over a month I have been wanting to blog about something happening in our "neighborhood", but for one reason or another (mainly that I kept forgetting to bring my camera with me to document it!) I haven't.

After yesterday's emotional post about Caleb leaving, I thought this was a good one to follow up with...nice and normal news! :)

I actually forgot my camera again when I was on my way down into Frydlant to pick up Claire from school. But as I was sitting at the light waiting to cross the bridge, I decided my phone camera would just have to do the trick.

For over ten years now, we have been crossing this bridge daily. Many days, multiple times a day. A few weeks ago I did a quick calculation of approximately how many times we have crossed this bridge. 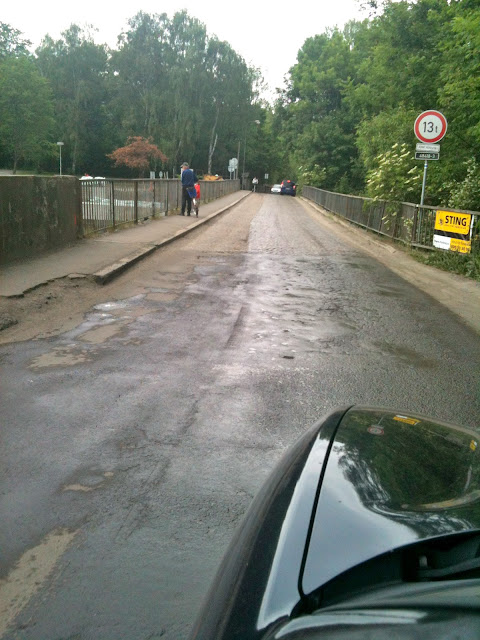 A few years ago we started hearing rumors (you know how small towns are!) that they were going to tear this bridge down and build a new one. (It's been there since 1938...at least that's what the little sign on the bridge says).

If they were to do that, it would severely impact our life, as there is no other way into town except for very L-O-N-G detours around in two different directions. And bridges around here take over a year to build. I know because they just rebuilt the next bridge down the river last year and it took them 15 months to do it.

Right now it takes about 4 minutes to drive into town from our house. If we went around either way, it would be about 12-15 minutes, just going one way (clocked one of the ways this afternoon and it was a full 15 minutes).


Multiply that times several trips a day and that equals: lots of time in the car, and lots more spent on gas (as if $8 gallon isn't already enough!). 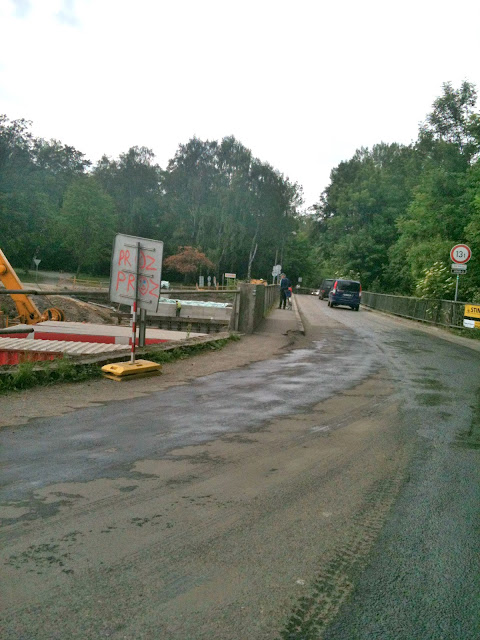 Thankfully (big sigh of relief), the city planners decided to keep this bridge for walkers and bikers, and build a new one off to the side of the old one. 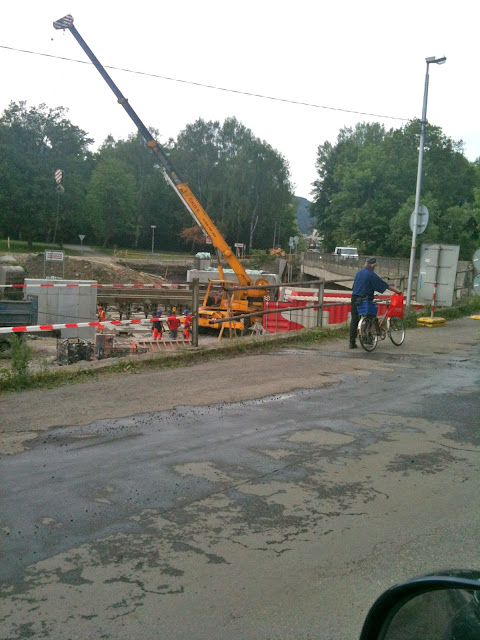 However, the latest news is they will have to close the old bridge for six weeks while they put in a particular section of road leading up to the new bridge.

I am SERIOUSLY hoping that they are closing it the six weeks we are in the States! What a nice surprise that would be.

One can always hope, right??

**Update on Caleb: he arrived in the States yesterday and was picked up by Tyler. So all is well!

**Update on me: I am going to tentatively say that I think I am feeling better today. I had another fever yesterday evening, but by this afternoon I feel like I'm turning the corner. I hope so!! Claire and I leave for Prague tomorrow. Thanks for your prayers.

***Later update on me: had a terrible fever in Prague, and then an even worse on on the flight to the States for Tyler and Lara's wedding. Had it that whole week, though by God's grace was still able to enjoy all the pre-wedding festivities. Made it through their lovely wedding day, but ended up in the hospital in Chattanooga the day after for six days, being treated for an intestinal infection. You just never know what's going to happen in life, do you?!
Posted by Unknown at 3:49 PM