Oh how quickly time passes! One day Caleb looked like this... 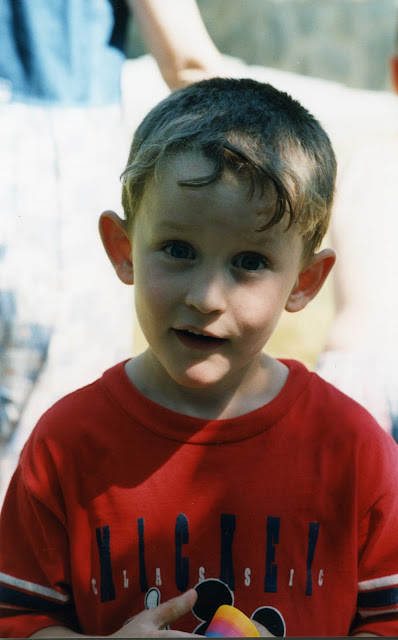 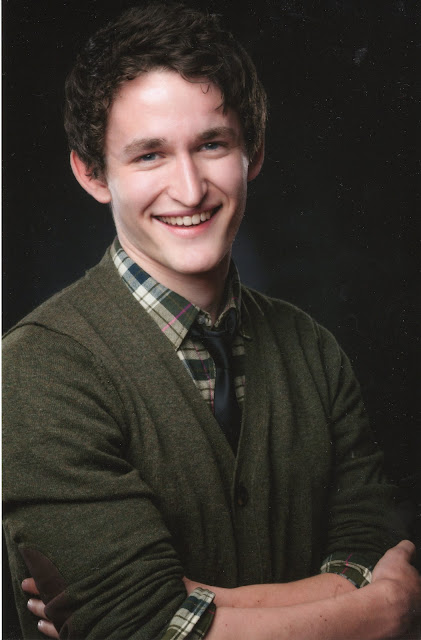 It's crunch time for him this week with his oral "maturita" exams coming on Friday.

What is maturita? For those who don't know I thought I'd give an explanation.

At the beginning of the last high school year here in Czech, all fourth year students are given a list of 25 questions in four subjects that the student has chosen, that they have to learn in order to prepare for the oral exam. Caleb's subjects are Czech, English, History and Information Technology.

"They" (the proverbial "they"...guess that would be teachers and administrators?) say it takes about 8 hours per question to learn the information sufficiently.

Add that up and that's 800 hours of learning for 100 questions, if you really did what "they" say!

The ideal is that students work on it all year long.

However, the reality is that with them still having classes, learning and being tested in school throughout the year, it's hard to get learning done for the oral exam. Thus the fourth year students are released from school two weeks in advance of the testing for what they call "Holy Week", and that's when a lot of the preparation takes place.

Are you feeling the tension of those two weeks though??!! There are only 336 hours total in those  weeks! So if you haven't been studying beforehand, you don't have enough time to get it all done during Holy Week.

Thankfully Caleb started working on his questions during this past semester, but the other reality is, you don't retain all that you've learned over a five month period of time! So he's had to do a lot of reviewing, as well as learning the questions that he hadn't finished previously.

On Friday, in a suit and tie, he will go before a panel of examiners - some from the Ministry of Education, some from BMA, his high school. He will draw his questions out of a box, one at a time. For each question he will be given 15 minutes to prepare, and 15 minutes to speak.

It's do or die time at that point!

But then...it will all be over in about two hour's time. He'll find out his scores immediately.

Stay tuned for Friday's post!
Posted by Unknown at 4:24 PM