On our last morning in Israel, we drove out of Jerusalem into the hill country, eventually coming to the place where David went up against Goliath. 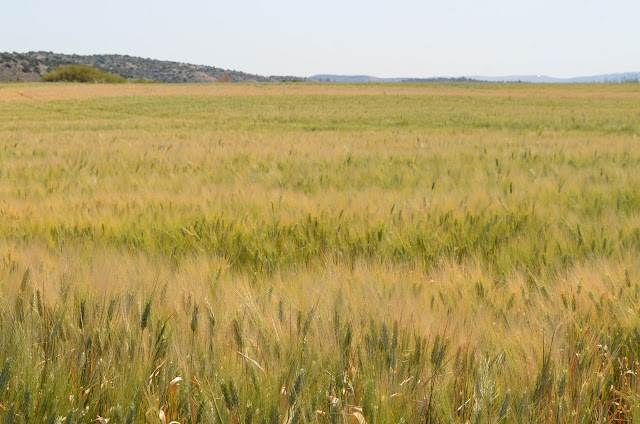 Being the only young man close to David's age, Caleb got the honor of taking the slingshot to practice for his "debut" in the reenactment of the story. 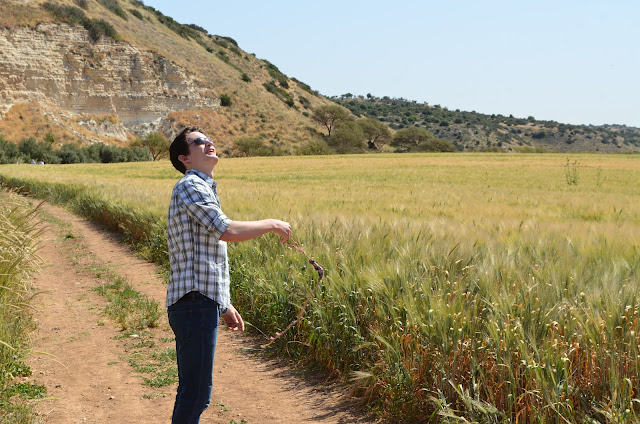 After a few practice shots, he was ready to go. 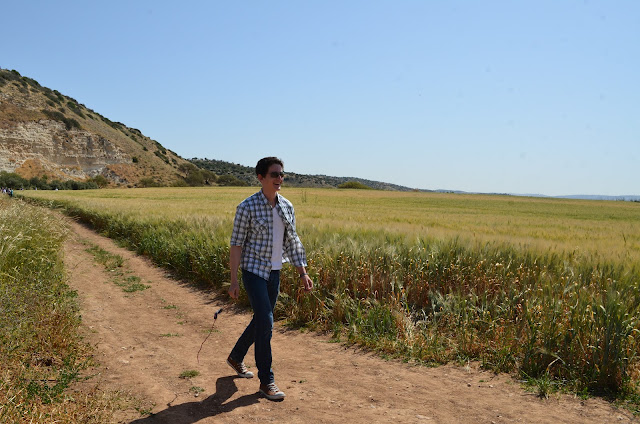 Our guide read the narrator part of the story, while Caleb read as David (from his iPhone...though you can't see what is in his hand, I know what it is and that cracks me up!) 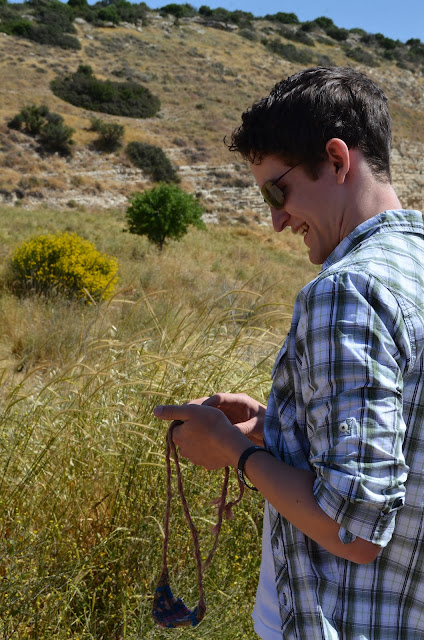 And Dave read the part of Goliath! 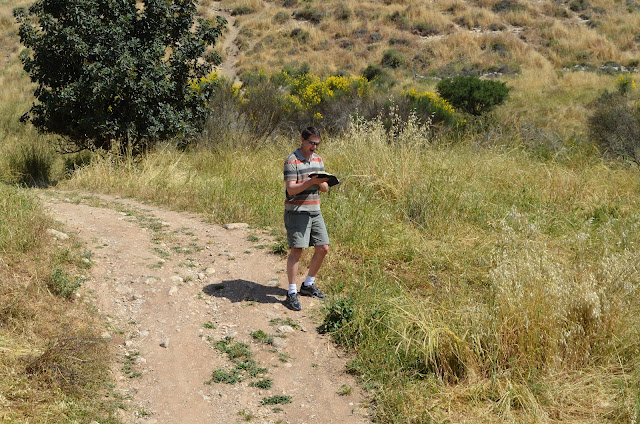 As a friend of ours said, "This reenactment was part Shakespeare and part Charlie Chaplin"! 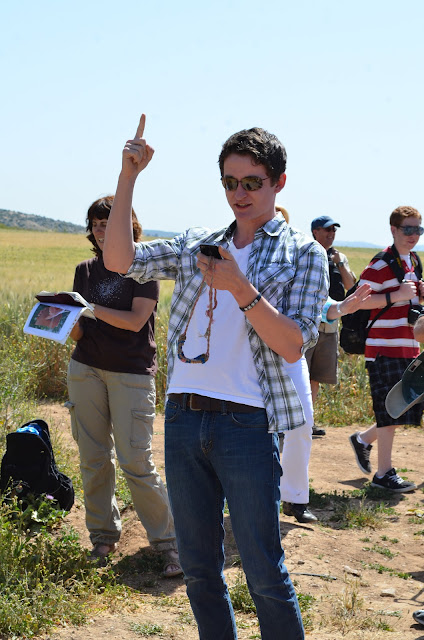 But eventually the moment of truth came, and Caleb David went out to slay the giant! 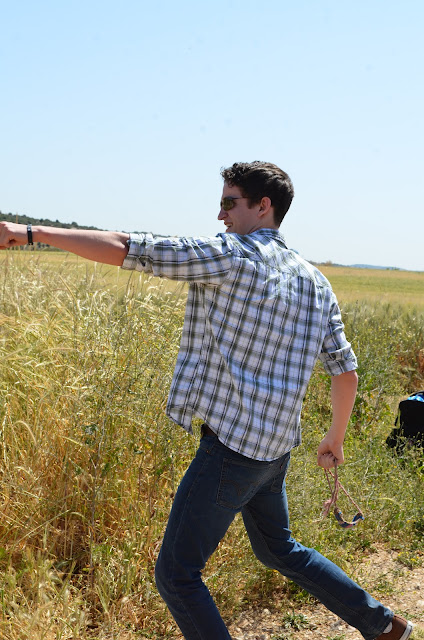 Around and around went his sling, and then the stone went up into the air... 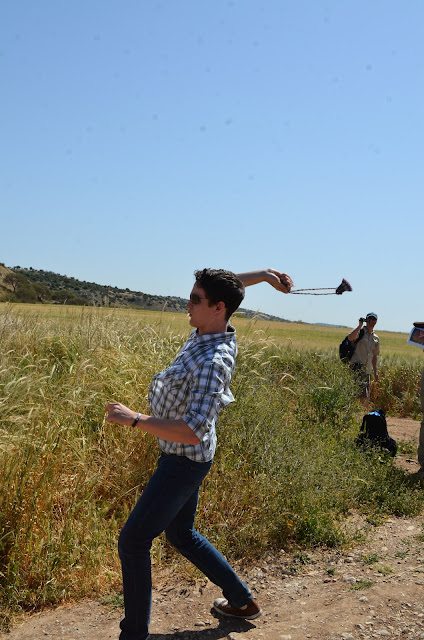 And the giant came tumbling down! 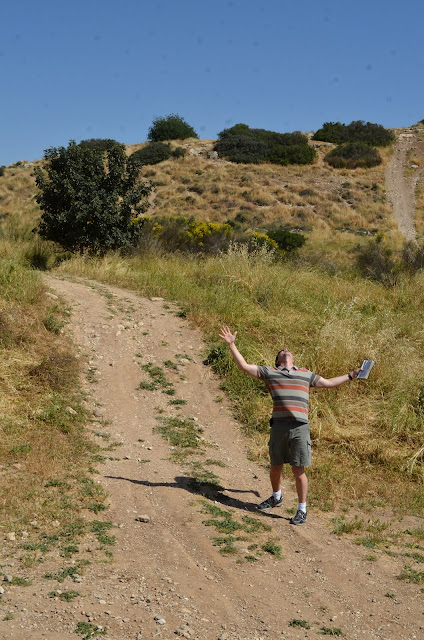 Gloating in his victory, he pronounces, "Take that Goliath!" 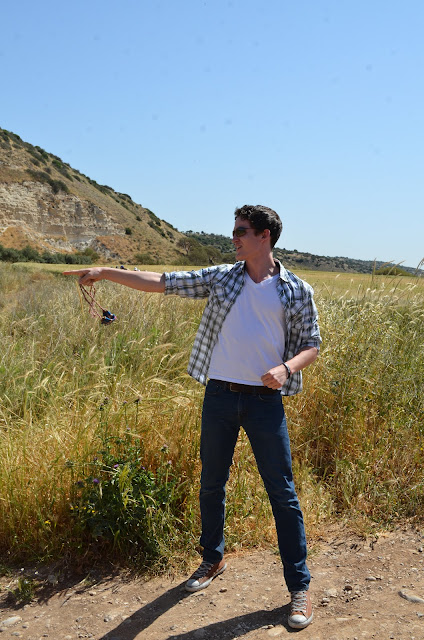 Hopefully this next photo will never surface anywhere other than my blog! Not the most flattering one of Dave Goliath...but all in good fun and part of the story! 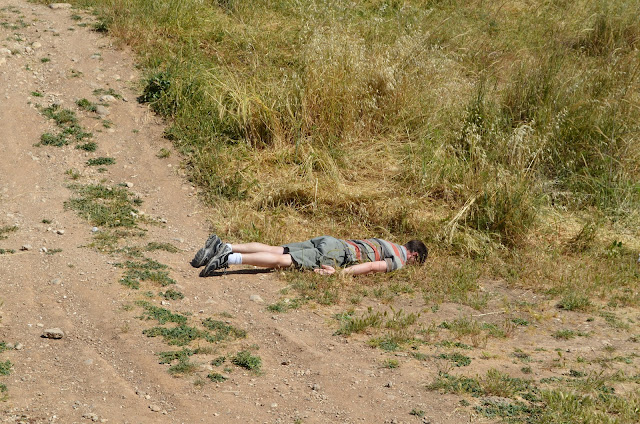 Caleb rocked the victor's pose for his award winning performance... 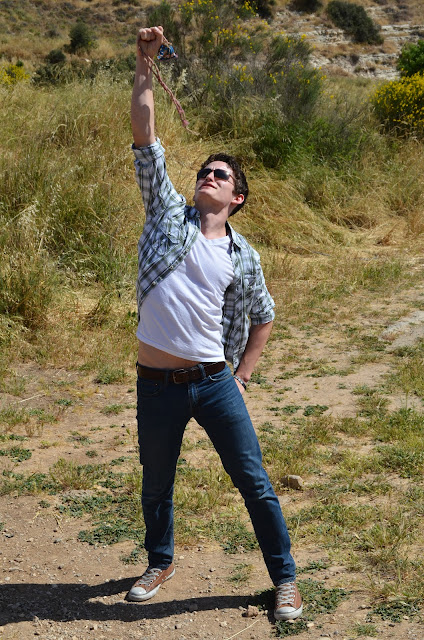 And then picked up five stones to take home to remember this historical reenactment moment! 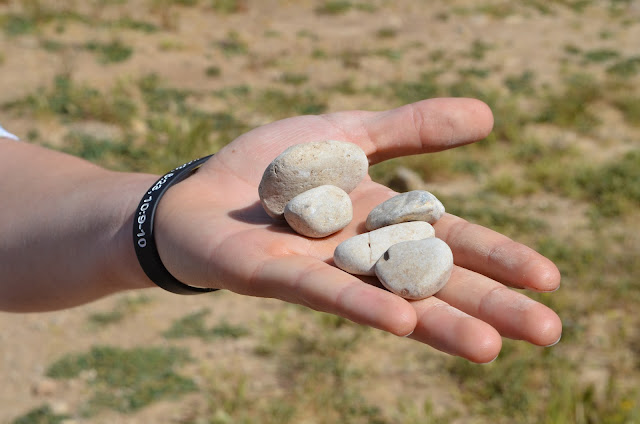 (Side note...we think they must bring in truckloads of little stones like this and dump them there for all the tourists who want five little stones from the site of David and Goliath!).

One of the men in our group actually captured this whole event on his iPhone...Enjoy!