First of all, Dave says I have his permission to post all these photos.

Second, we have had more than one laugh during our time here in Croatia about these photos. What do we say as we're laughing? 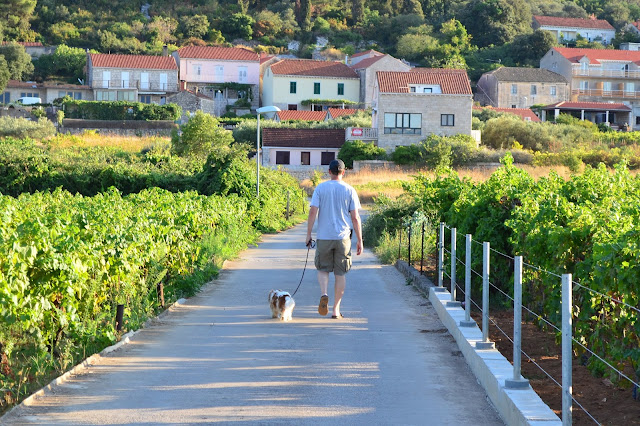 If you're just reading my blog for the first time, this won't make much sense. You'll need to go HERE to see the significance of these photos. 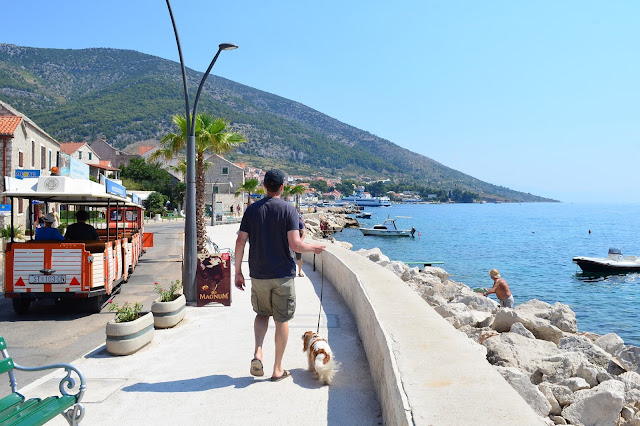 I debated on what to call this post: "Man's Best Friend"? 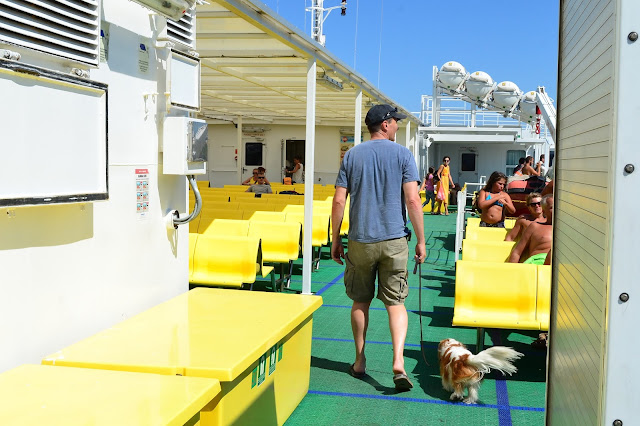 Or simply "So This is What It's Come to"??!! But then just decided to reference the "backward" nature of them, as we always called the pictures with he and the kids. 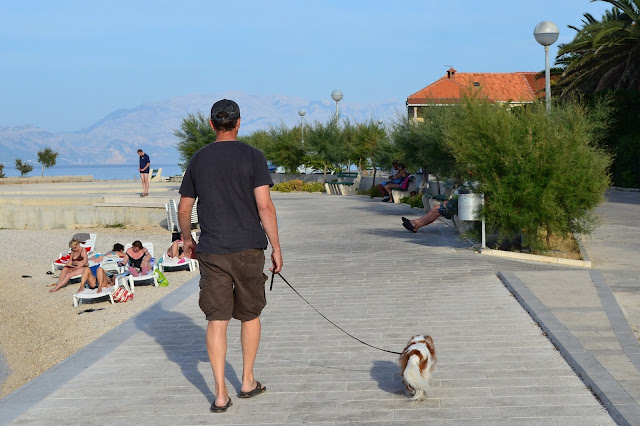 While I've walked my fair share with Kaylee during these days in Croatia, Dave's done it more than me. 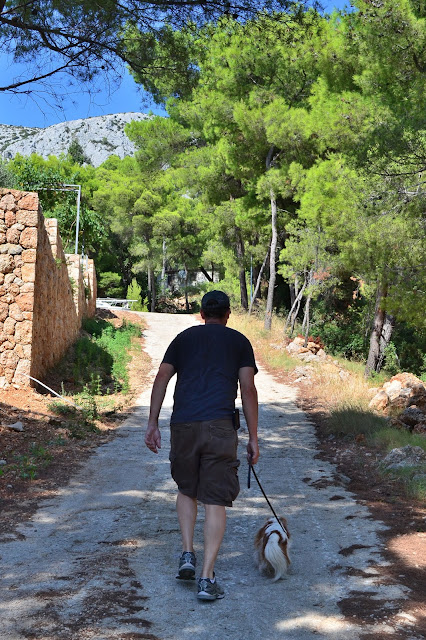 I'd like to say it's because the two of them are inseparable (and gotta say, she does like him an awful lot!) but really...it's because I've got the camera in my hands. And usually my purse. And then there are shopping bags sometimes too. 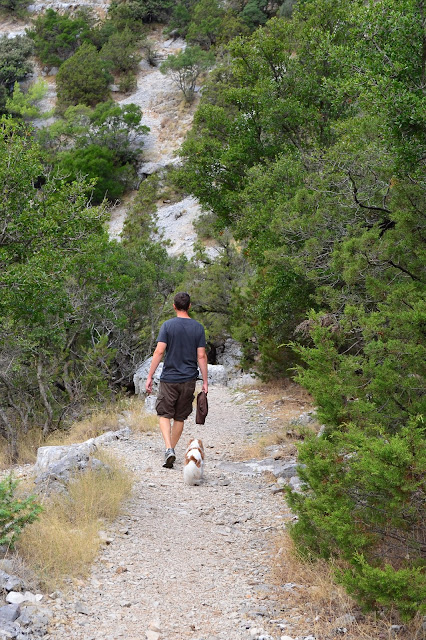 Which is convenient for getting unlimited numbers of "backwards photos" with Dave and her! 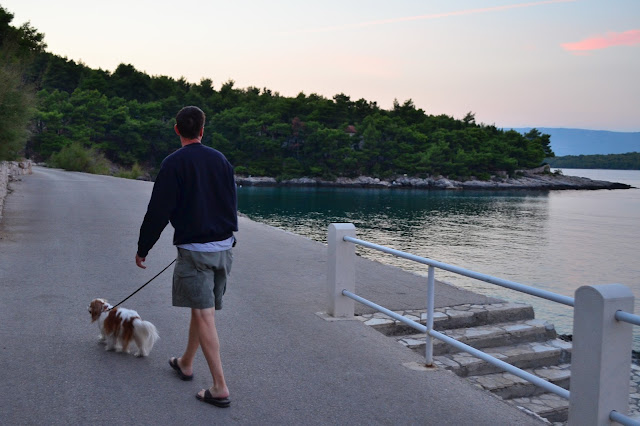 I don't know if you think a Cavalier King Charles Spaniel looks like a dog Dave would own. But he sure does get a good number of looks as he's walking with her. I always wonder what they're thinking. 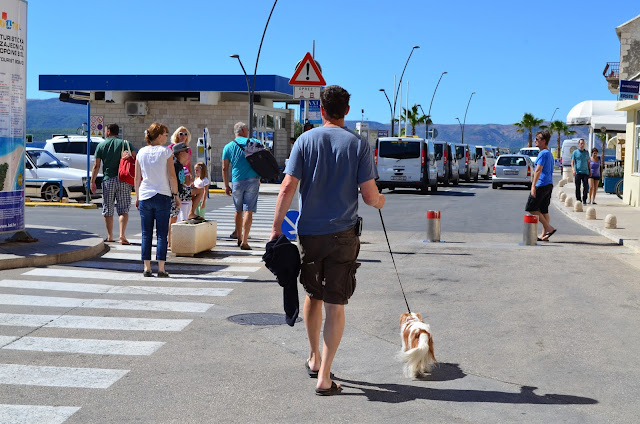 Thankfully she just trots along beside him, oblivious to the stares, comments (we've heard the word "Cavalier" in a lot of different languages!) and generally with the attempts to connect with her (unless children are involved!).

She's a one man dog. (Of course, she likes her mama too. And her kids.) 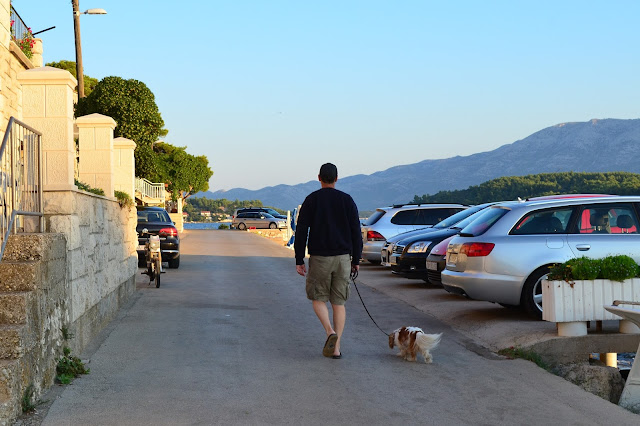 And Dave is a one dog man! Can you imagine him holding two leashes? No, me neither! 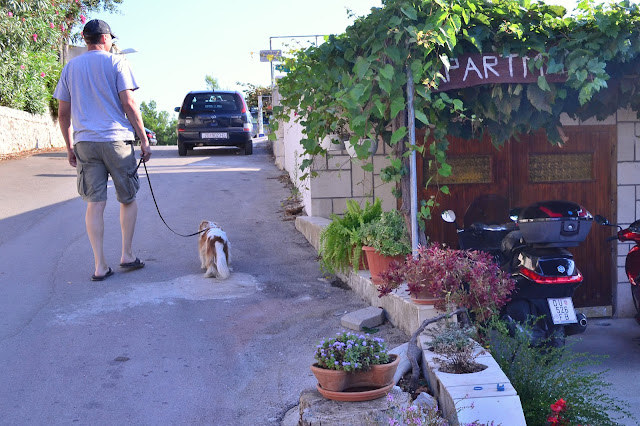 Unlike Dave's little collection, the picture below is only the second backward picture of Kaylee and I on this trip. (The other one is HERE)

And, since it was always me taking the ones of Dave and the kids, I don't have any with them! So these few with Kaylee will have to do. 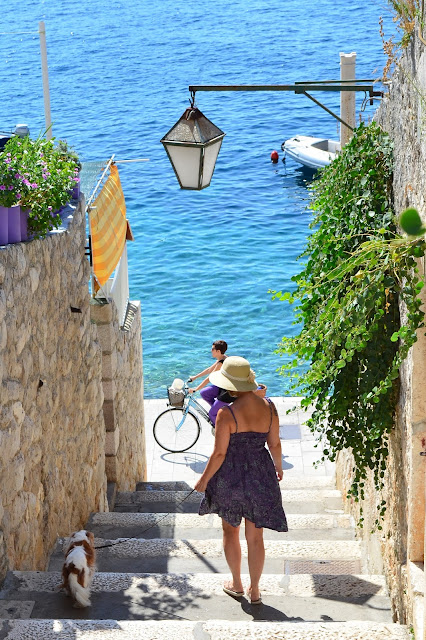 Until I get grand-kids someday.  Maybe that will be my collection. :)
Posted by Unknown at 3:29 PM