I Had a Dream

I'm not sure when I first started having this dream. Maybe it was back when we started camping in Croatia.

While we saw beautiful parts of the country, those in the "know" would always ask, "But have you been to Dubrovnik?"

I guess that's when I started dreaming. 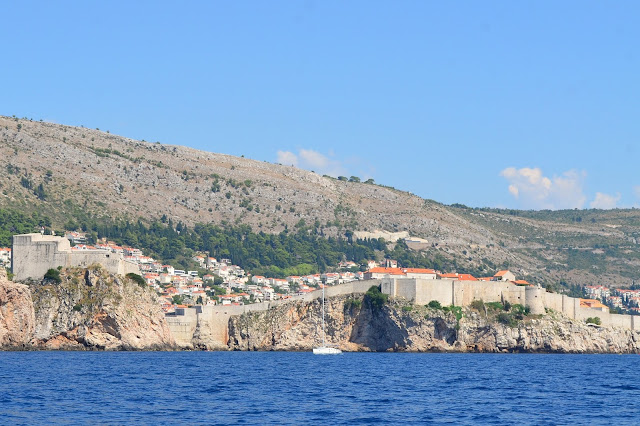 It's not an easy place to get to. All the way at the southern end of the country, it's not only a long drive from where we live, but you have to pass through Bosnia-Herzegovina to get there, on small roads that often don't let you go much faster than 30-35 mph.

But there's another way! And it's the way we've always talked about, but never been able to do. 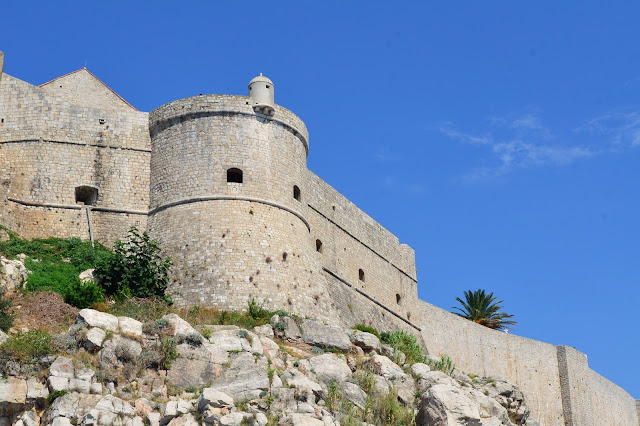 You can also get there by boat. Which is what we decided to do on this trip.

Thankfully that day was the calmest of all, and we made it down there in three hours from Korcula.

Coming in by boat was absolutely spectacular. I didn't know what to expect, so had my breath taken away as we came up to the fortress surrounding the old city. 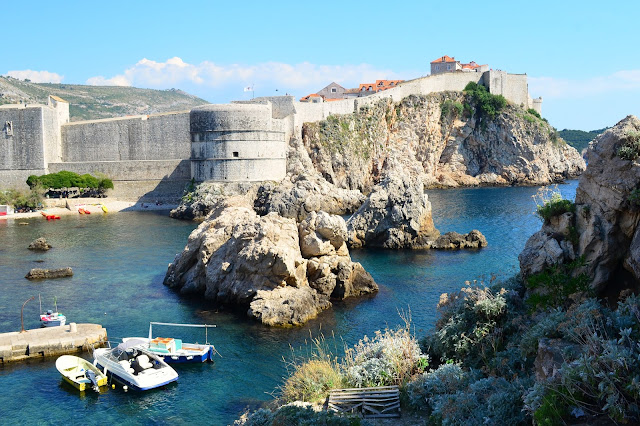 If you've ever heard of Dubrovnik, maybe it's for the cruise ships that go in there. Thousands of passengers fill the city every day from those ships.

But here's the thing...there is actually no harbor for them right there at the city! The port of Dubrovnik is six kilometers away, and then you have to take a bus in to see the city.

Not us! Here's where a little boat definitely comes in handy. See us parked there, in between those other two little boats?! That totally made my day getting to come in and dock there for a few hours! 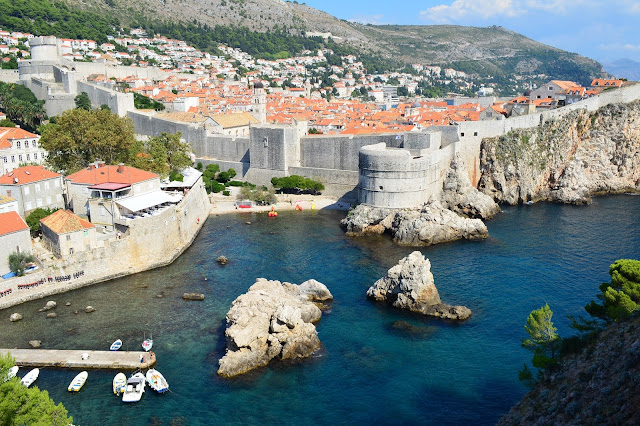 To get the overview we headed up to one of the fortresses overlooking the city and saw that view above. Wow. WOW!!! I was nearly giddy with delight at seeing that site!! Isn't it gorgeous?

We headed into the city from there - again, with no expectation so every bit of it was a delight! 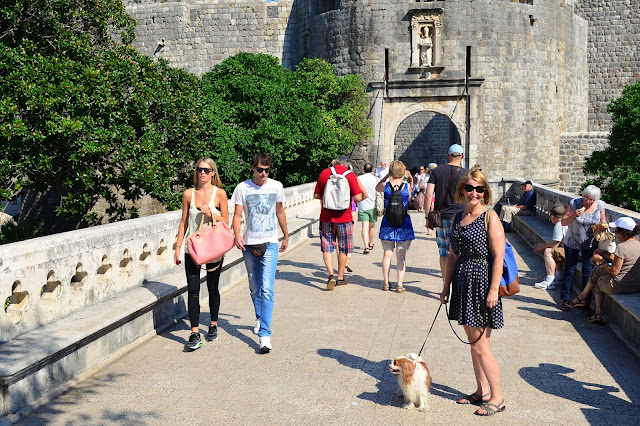 Here is THE coolest thing about the city: its walls! They run almost 2 km (1.24 mi) around the city, and are from four to six metres thick on the landward side (think, HUGE!) but much thinner on the seaward side.

And the best part: you can walk them! This is taken from the wall, overlooking the main harbor (but not the one where they ships can dock though you can kind of see them out there in the distance). 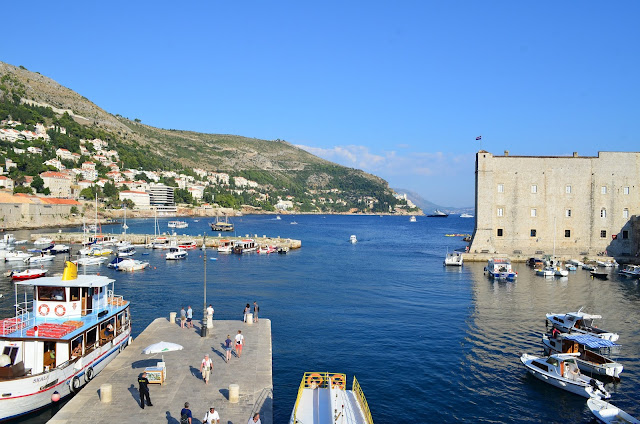 The view from these walls is truly magnificent. Definitely lived up to people's description! 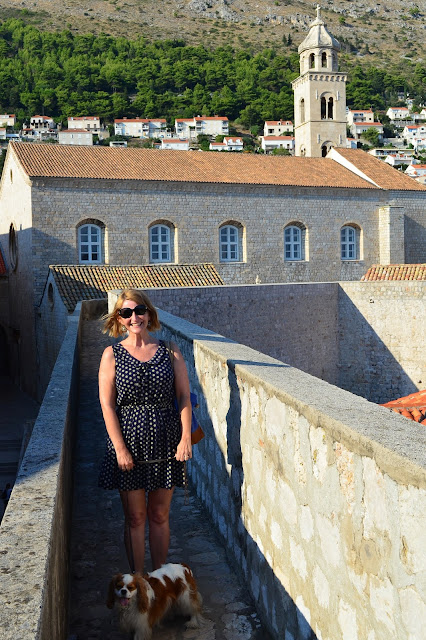 The Old City is a UNESCO World Heritage site, and rightly so!! I'm glad it's protected now. It endured significant damage in the war of 1991. 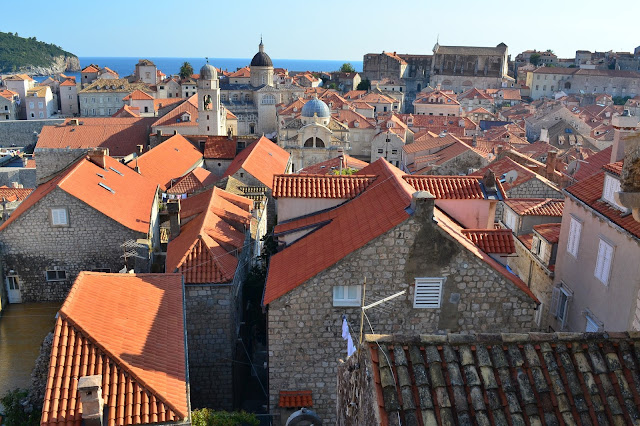 You can't imagine how many people were up there, even though my pictures don't show it! But everyone was trying to get a "couples" shot if they were there as a couple. We did too! 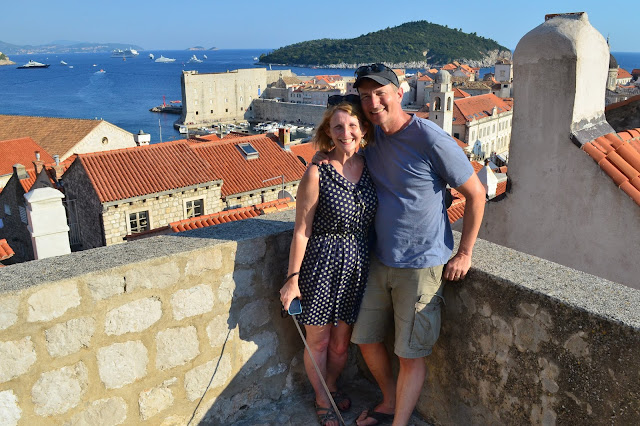 Every few feet it's a photo op! 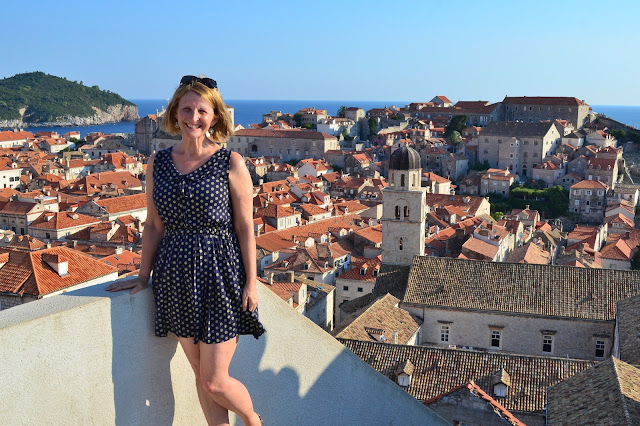 From one side of the wall, you could look out to sea, which was equally spectacular! Dave captured it well. 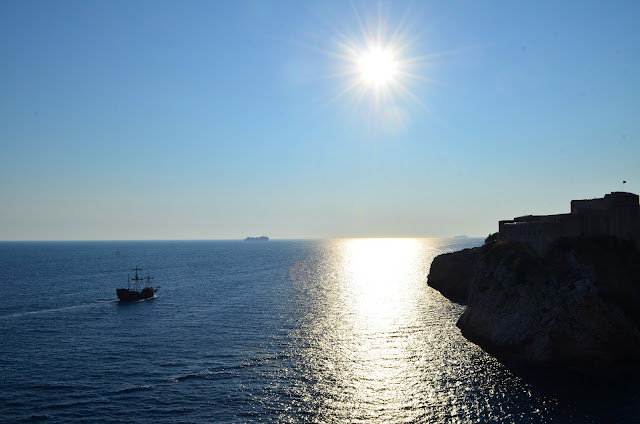 Then you turn around and there's another gorgeous shot. Seriously...never-ending beauty! 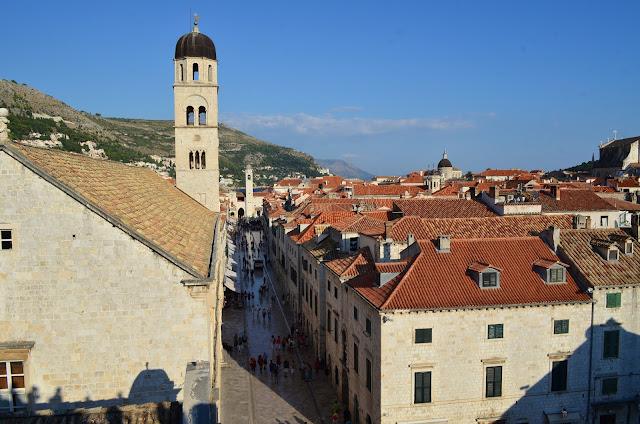 We could even look down on the little harbor where our boat was docked. What an amazing spot that was, all tucked away back in there. 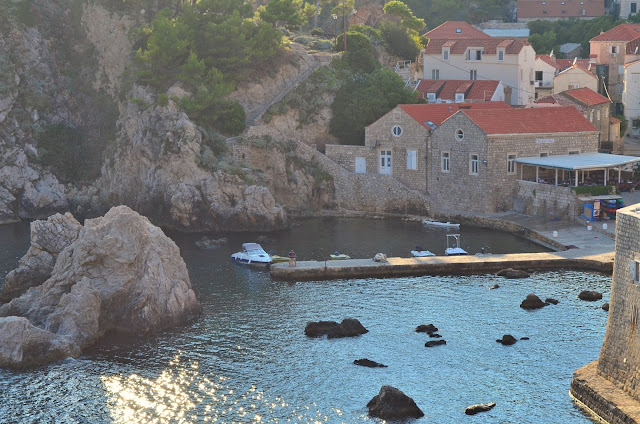 We'd already done a lot of walking earlier that day, and combined with what we did in Dubrovnik, we figured we'd walked about 10 km. And Kaylee had walked about 10 km! At one point she just sat down and didn't want to go any further.

Good thing I had a big purse to scoop her up into! 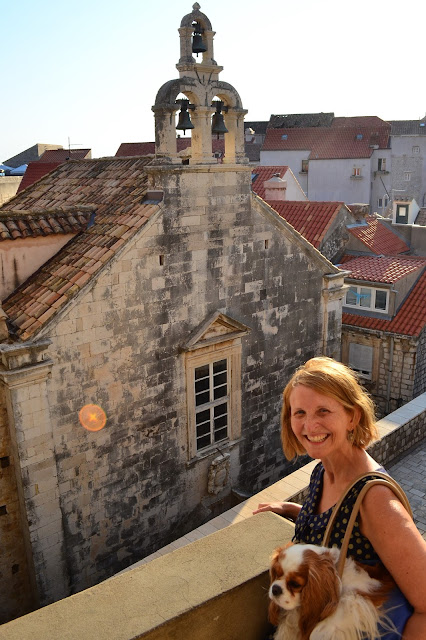 Back down into the city for a few last glances. Oh how we wanted to linger! But since there wasn't a good place for us to moor the boat for the night, we knew we couldn't stay. It was about an hour boat ride to the place where we could spend the night, and we needed to get there while it was still light. 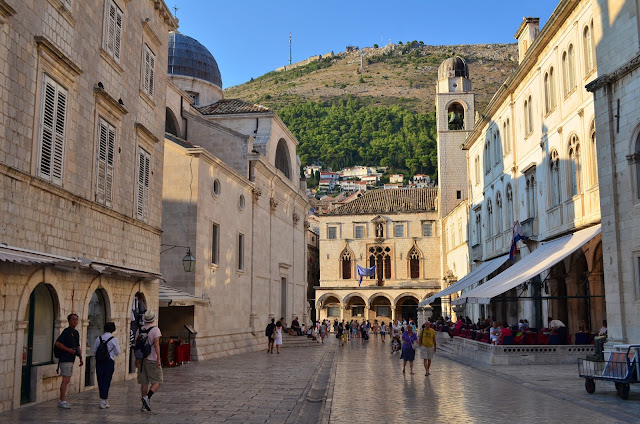 Our four hours there was quite literally like a dream! It'd been my dream to go there, and then those hours passed by so quickly that it felt like a dream being there. I still have to pinch myself  (and look at the photos!) to remember that we really got to see it, even if for just a few hours.

It's definitely on my list of places to go back to now! 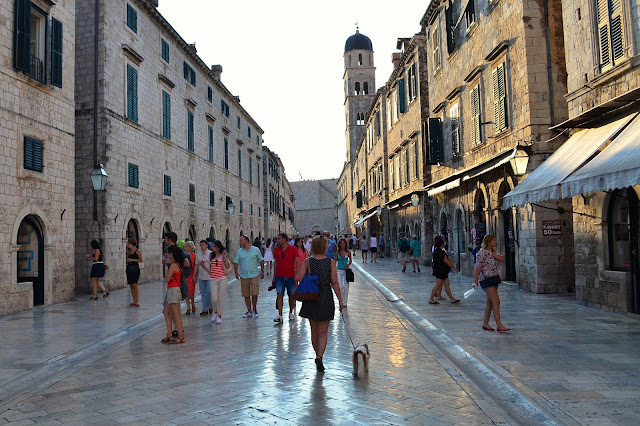