I woke up restless. As I started to process what I was feeling, I quickly thought to ask the Lord what He had for me.

It wasn't a surprise.

"Head down the steps. I'll meet you there". (We've been there before).

So I sat, I thought, I prayed, I listened.

So I went there.

First few verses: "A Prophet without honor". No, that doesn't seem to be for me.

Next verses: "Jesus sending out the twelve disciples". Nothing there either.

"John the Baptist beheaded"?? Yikes. No...I don't WANT there to be anything in that for me!

I was seriously beginning to question whether or not I'd really heard that reference. I even flipped over to the next chapter, before finishing this one, to see if something was there. But it wasn't.

The next verses were on the feeding of the five thousand. How many times have I read this passage, or a similar one in another Gospel?

I thought, "Surely there's nothing in that for me".

I actually skipped that story and went on to the last part of the chapter where Jesus walks on water. Still nothing.

So, finally I went back to the feeding of the five thousand. To verse 30, then 31.

And there it was. It went straight to my heart. I knew it was for me. 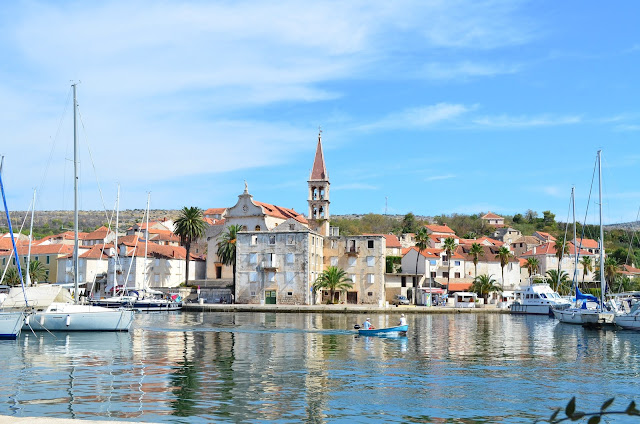 The apostles gathered around Jesus and reported to him all they had done and taught. Then, because so many people were coming and going that they did not even have a chance to eat, he said to them,

"Come with me by yourselves to a quiet place and get some rest."

This is exactly the spot I'm in right now. I've come away to a quiet place and I'm supposed to be getting some rest. Those were His words to His disciples a long time ago, and they seem to be His words to me right now.

But, honestly it's harder than I thought. It's not easy to go away. To a quiet place. And get some rest.

I wonder what the disciples thought when he gave those instructions?  Were they thinking, "Hey, we were right in the middle of telling you everything we've been doing!" Or were they saying to themselves, "Oh good - now we can eat"?

How often I've thought, in the midst of a super busy day/week/month, "IF ONLY I could get away to a quiet place and rest."

And I think it's a good idea to get away and rest, recharge, refuel. Even Jesus did that.

But now that I'm here to do that very thing for a longer time...it's different. I'm so used to being busy. To having purpose. To getting something done. To DOING. I actually LIKE doing!!!

For now, His instructions are something completely other though. He spoke those words to His disciples and now He's speaking them to me.

So my response on the steps is like Samuel's long ago: "Here I am Lord; you called me. Speak, for your servant is listening".