For the past ten years or so, Dave has spent his birthday in the midst of our annual Josiah Venture fall conference.

And to share a little secret: he's not big on his own birthday celebration (though he's great at celebrating the rest of us!) so it's been just fine for him to be in the midst of the people and ministry he loves when that day comes around each year.

But this year, he got to celebrate in another way: a birthday hike! 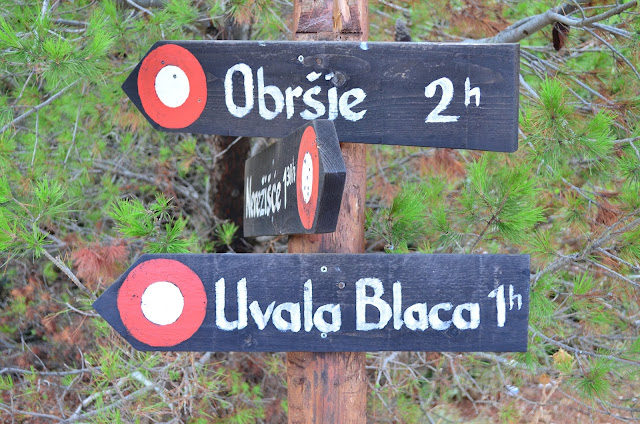 One of Dave's most favorite things to do is take a long hike. Like, for days. In the Alps, if possible! There are few things he enjoys more than that.

But we're down in Croatia right now, so the next best thing is to find somewhere fun to hike here. 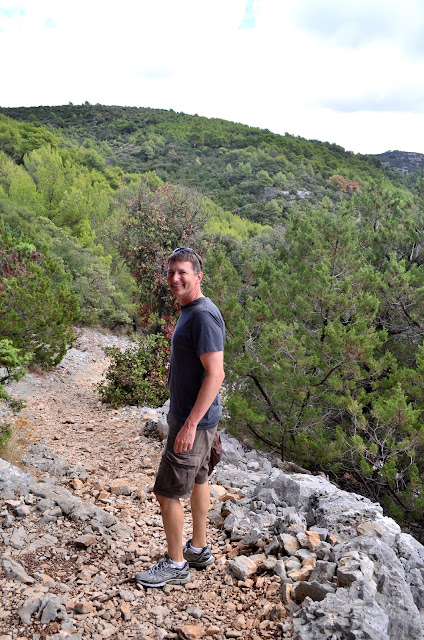 About an hour from where we're staying is an old monastery, Pustinja Blaca. That's where we headed for his birthday hike yesterday. 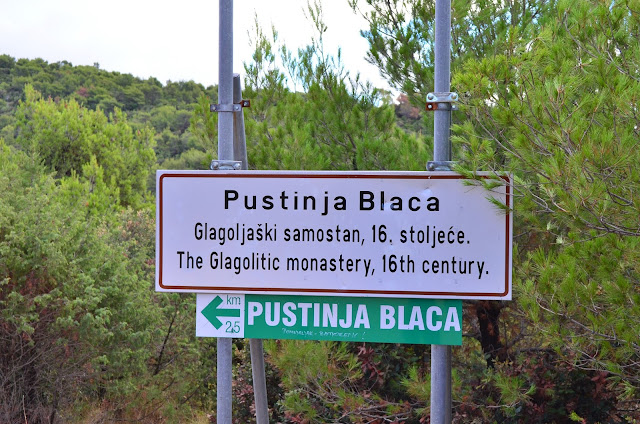 All 2.5 kilometers there was absolutely beautiful. It had rained the night before, so the air was fresh, the smells were rich, and the views breathtaking. 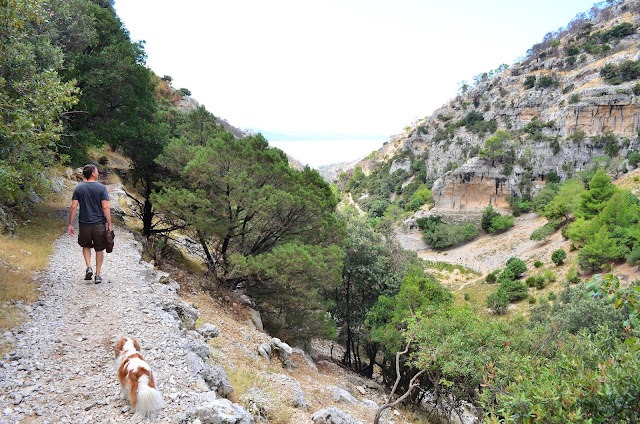 And the sun came out as we hiked, making it all the more beautiful! 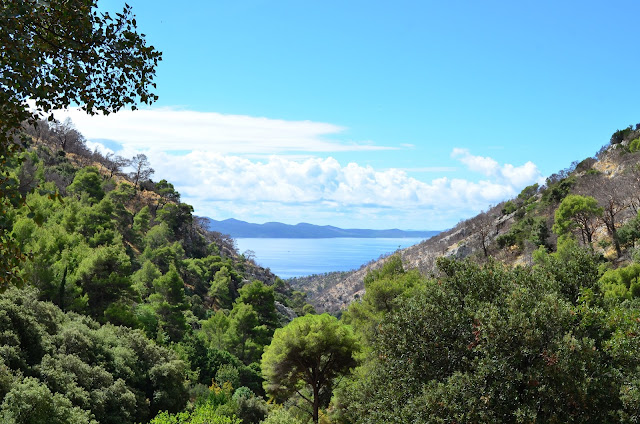 After hiking all downhill (which you know what that means when we hike the other direction!), we came to this awesome sight. 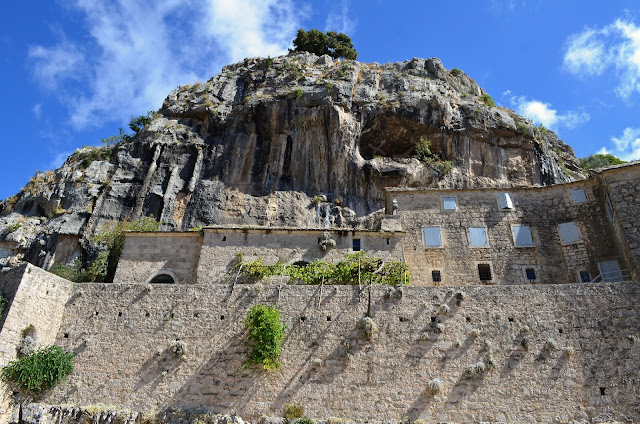 First built into the rock in 1570, it was a working monastery until 1963 when the last monk died, and no one came to replace him. Fires destroyed parts of it over the years, so it was rebuilt several times. 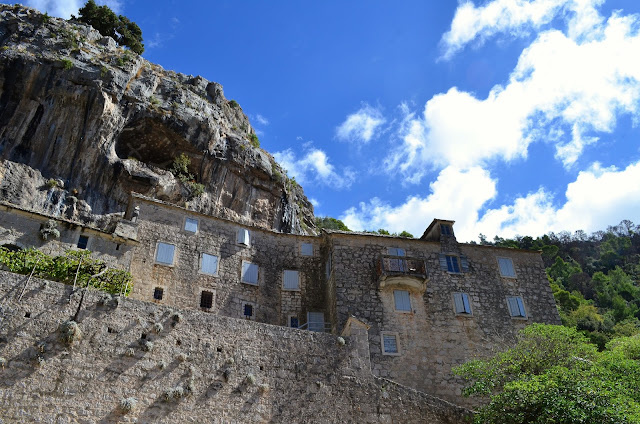 The only way in is by the sea and hiking up to it. Or by walking in from land as we did. No road reaches this place.

Mules used to be their means for supplies coming in, and as a way to transport out the goods they sold to nearby villagers as a way to make a living: olive oil, produce and animals. 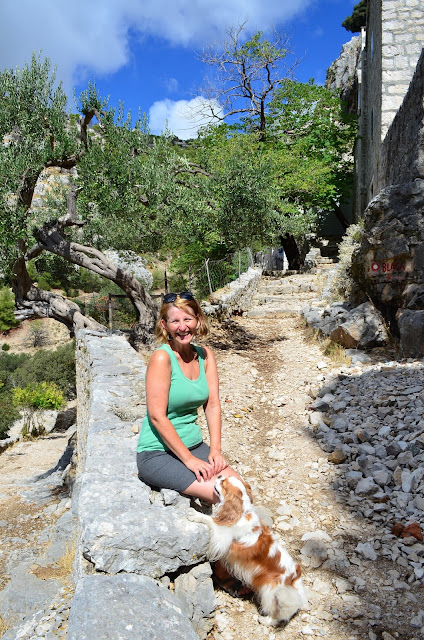 Unfortunately, the monastery is closed one day a week. Can you guess which day? Such a bummer!

But it was still a lot of fun walking around to see it, and imagining what their lives must've been like so long ago.

I'm laughing in the above picture because Kaylee kept trying to get up on the wall with me. When she did, she sat down as if to say, "Okay, now you can take the picture." Honestly! She cracks us up much of the time! 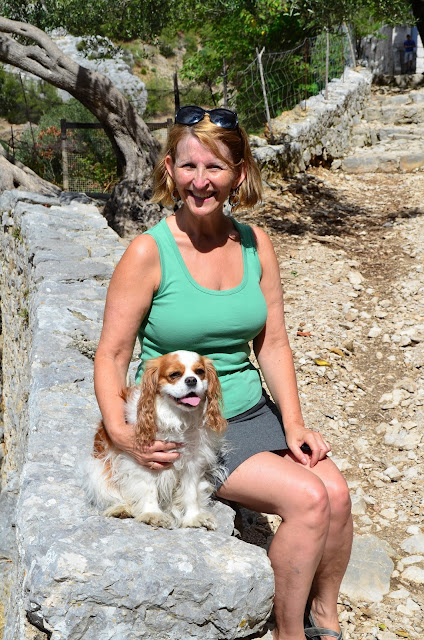 There was almost no one there (a German couple was leaving as we came up, and later a Canadian couple came just as we were leaving). So we got to sit, read Scripture, sing and soak up the beauty there. 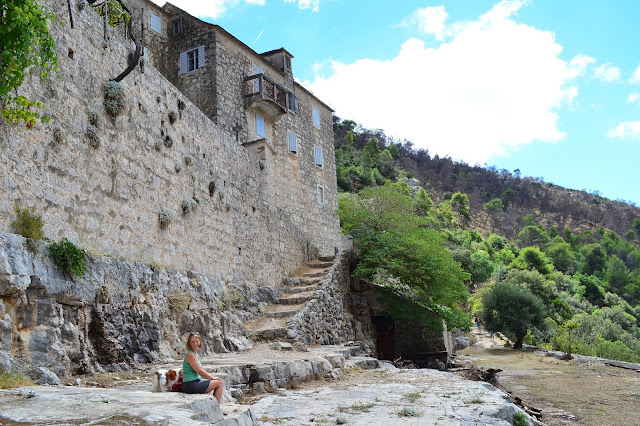 And of course, celebrate the birthday boy! :) 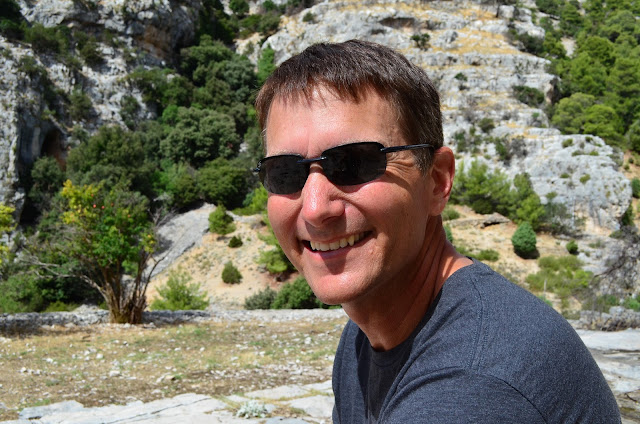 You just had to wonder, how long has that olive tree been there? Did monks pick the olives off that very tree to make their olive oil? And did they ever go hang out in those caves across the valley?! What must life have been like there for them? 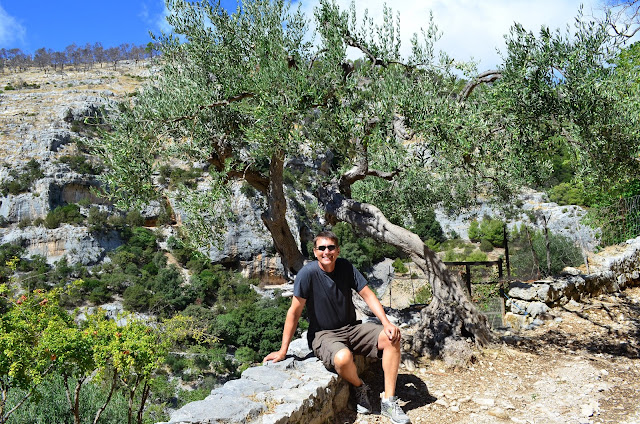 Just as we were about the leave, the Canadian couple came down the trail, so we even got a picture together before hiking back up the trail. 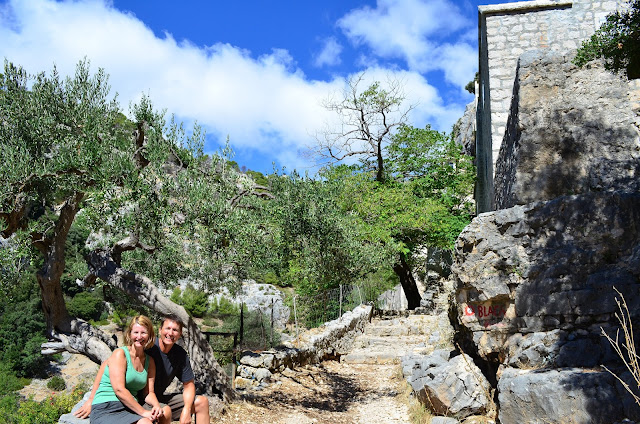 What a great way to celebrate Dave's birthday this year!
Posted by Unknown at 12:13 PM