Tyler was just a few weeks old and we were at our military chaplain's house in Heidelberg for his baby shower.

On the wall in their home, I saw a frame with two photos. Both photos were taken at the Heidelberg castle. However, in one of the photos their two daughters were little girls, holding onto their dad's hand, walking up to the castle, their backs to the photo.

In the next photo, they were teenage girls, still holding onto dad's hands, in the same spot as they'd been years before.

It was one of those things that captivated my attention...and I never forgot it.

Roll ahead two years. We were in Colorado visiting Dave's parents. Tyler was our only child, but I was six months pregnant with Caleb. In a "lightbulb" moment, I remembered those photos in our chaplain's home and thought, "I need to take a photo of Dave and Tyler from behind, before Caleb arrives". This was the photo, and the beginning of a twenty year photo shoot! 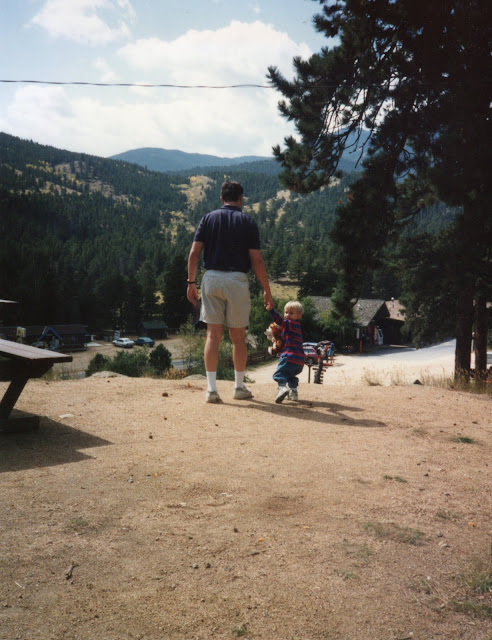 Caleb was born in January '93, and it was a year and a half later, May '94, when I remembered I needed to get a "backwards photo" (that's what I've called it all these years...a "behind" photo just didn't seem to be the right name, if you know what I mean!) since I was now four months pregnant with Claire. This was taken in the Jesenik Mountains here in Czech. 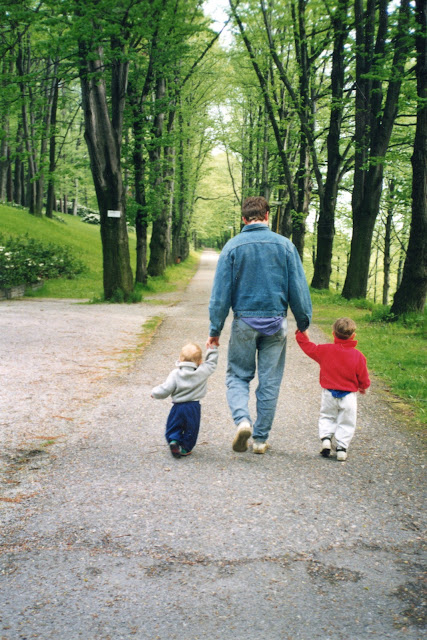 Claire was born in October '94, and in October '95 we were in Krakow to celebrate her first birthday - here is her debut in the backwards photos. 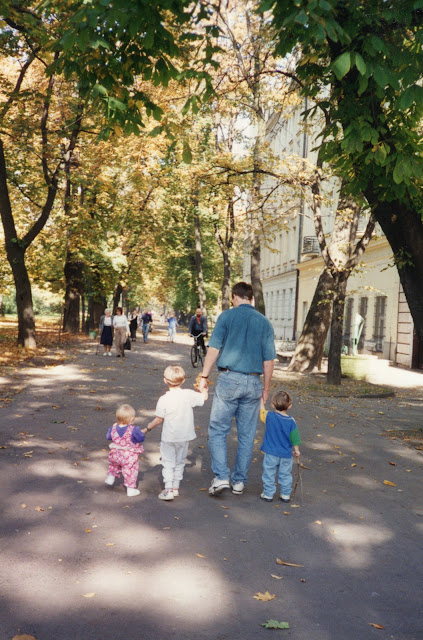 From there it continued on through the years...me snapping a photo from behind whenever I'd remember. 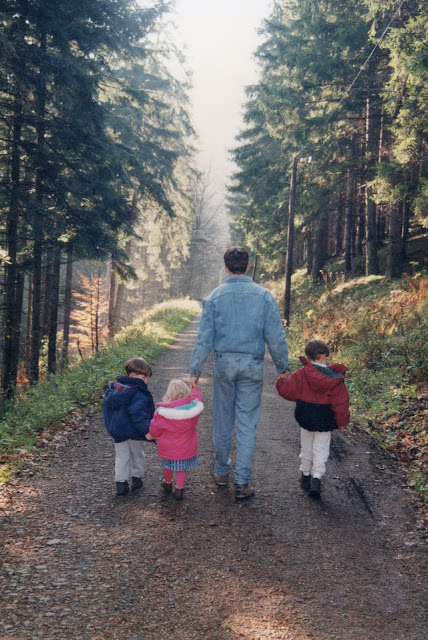 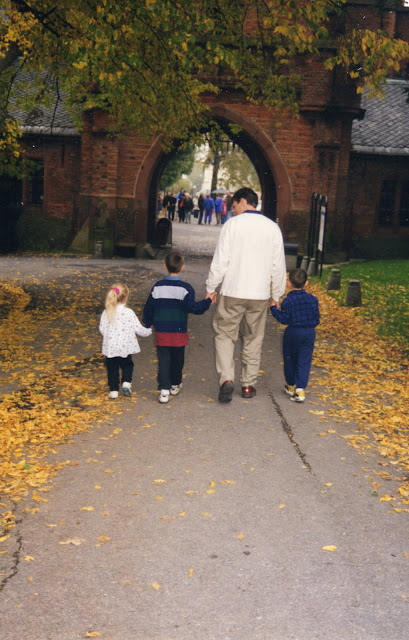 Each photo, a special memory. 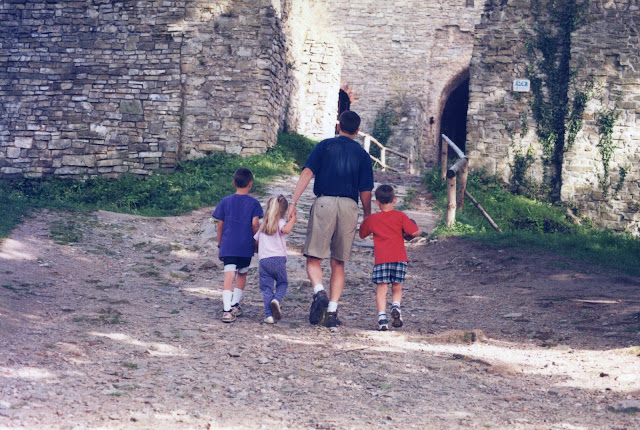 Many were in Czech, others in our beloved vacation spot, Croatia! 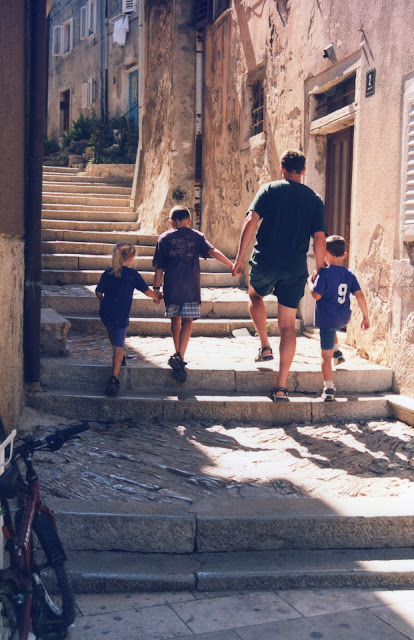 Each time I took the photos, I reveled in the goodness of seeing Dave and his kids, connected to each other - not just in the photos, but in real life as well. 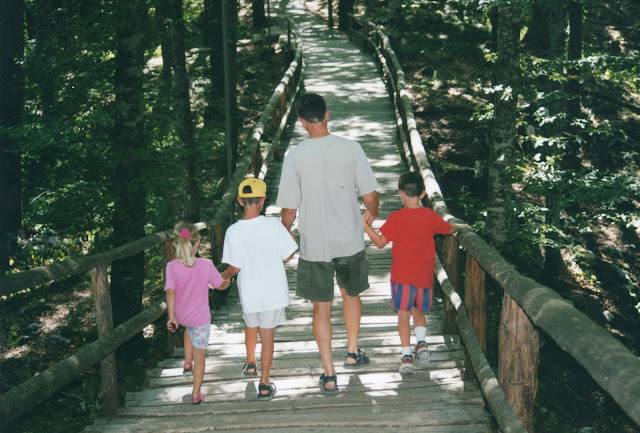 There were many more backward photos over the next years as the kids grew up, like this one in the Dallas Airport in 2007...no more holding hands, just luggage! :) 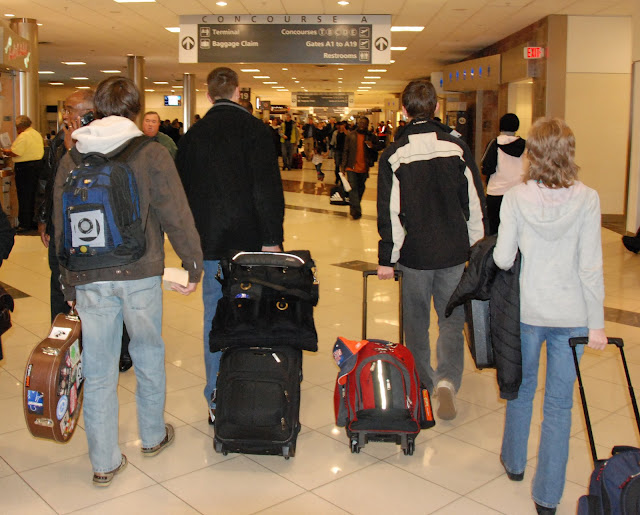 And then there was this epic photo. We were vacationing in Croatia when it was time to take Tyler over to the mainland to catch his flight to the States where he would begin his new life as a college student at Moody Bible Institute.

We spent the night on our little boat in the harbor by the Split airport, docked the next morning and literally walked to the airport to say goodbye. I get a lump in my throat looking at that photo. 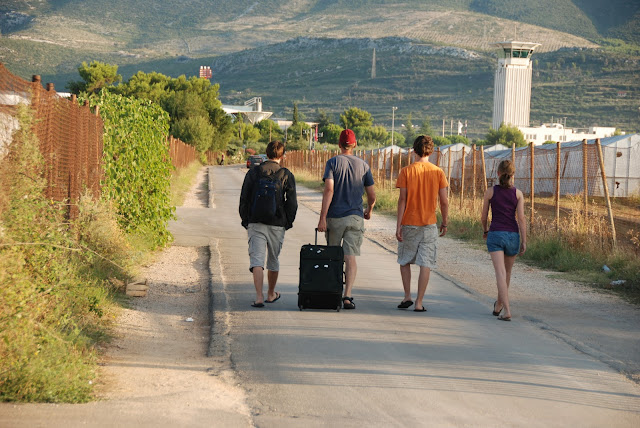 Since then I only managed to get one backward photo, taken last year in Vienna - Dave in one "Croc" shoe because he has a cast on his right foot from a broken ankle. Always a memory with these photos! 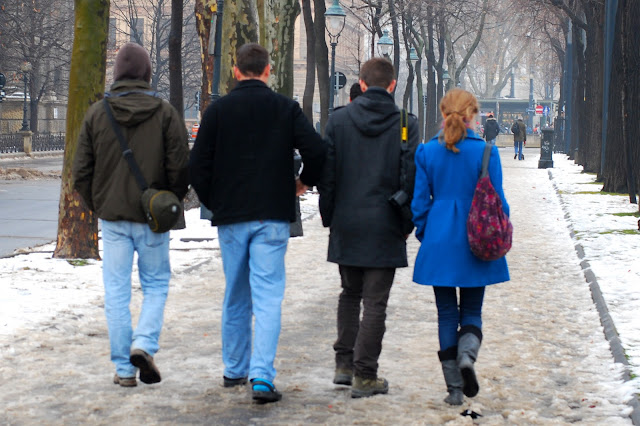 This past Friday, back in Vienna, I captured yet another backwards photo, the last of its kind in a twenty year series... 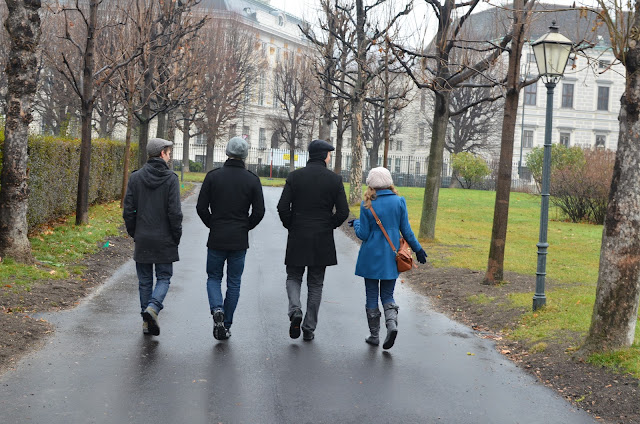 ...because now there is a new person to welcome into our backward photo shoot! 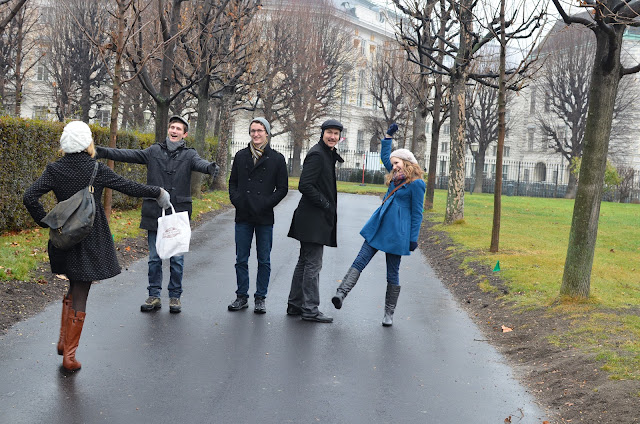 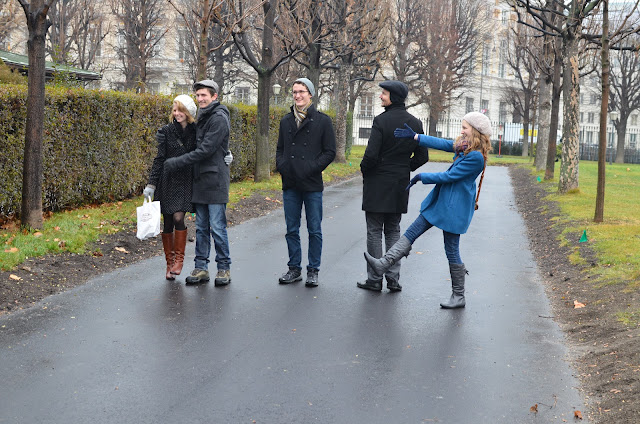 And so, on we go...now five in the picture, instead of four. 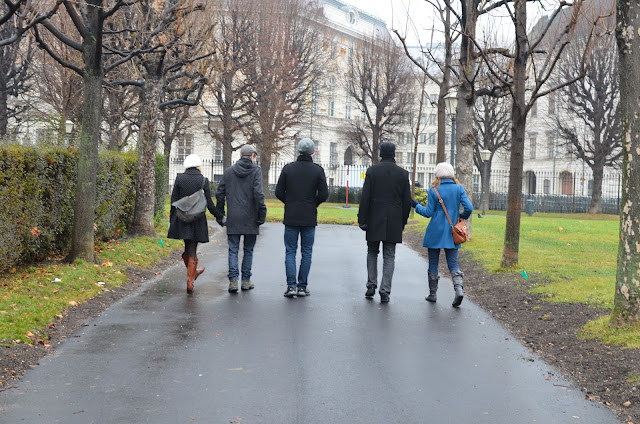 And who knows how many more over the next twenty years! 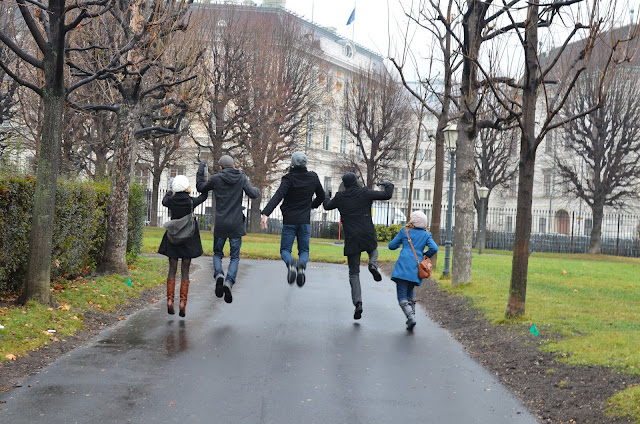