Yesterday found us at the Brač Airport, taking our friend to catch his flight.

Sounds like a normal, average, everyday sort of activity doesn't it? 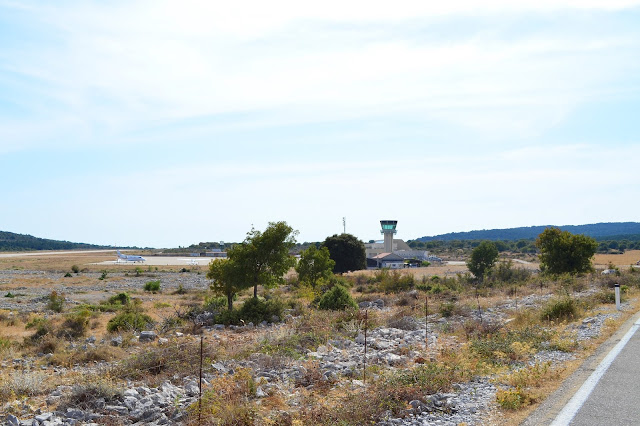 As best as we know, at this airport seemingly in the middle of nowhere, there are only two regularly scheduled flights out each week. Since Sunday is not one of those days, it was like going to a ghost-town yesterday! 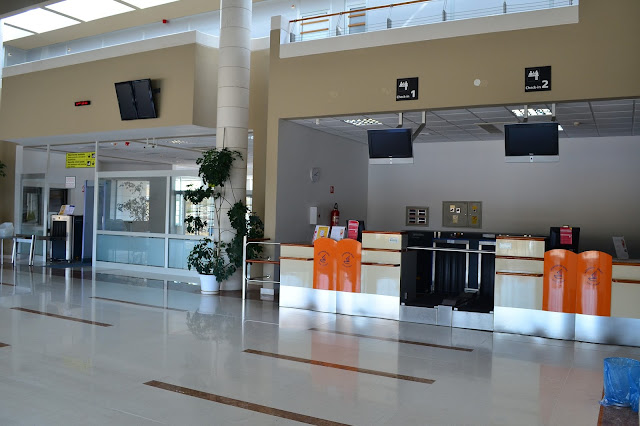 No lines at check-in, not a soul in the entire terminal. I even had to turn on the lights in the bathroom (and turn them off again, of course!). It was odd, and so cool! It's a gorgeous airport, as airports go. It looks newly built, though the website says it's been an airport since 1993. I'm pretty sure this part of it is more recent.

Yes, we even brought Kaylee in there (no signs saying we couldn't!). 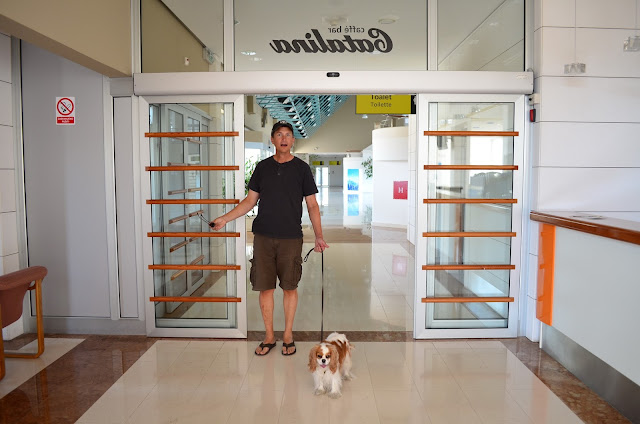 Our friend was trying something for the first time - working a deal with a private pilot to fly him to Zagreb. From the island, traveling to the capitol would normally take all day and involve taxis, a ferry, and a long bus ride.

Instead, he got to be the only person going through security. Imagine that!

We were literally giggling, it was just too funny to see such a sight after years of international travel through all sorts of much more complicated conditions. 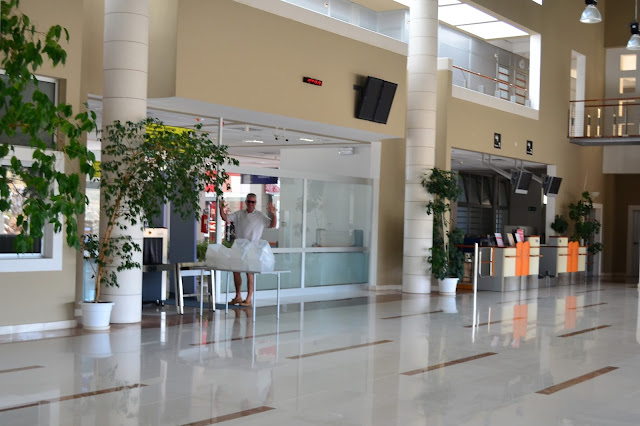 After saying goodbye, we headed out to watch his plane prepare for take-off. 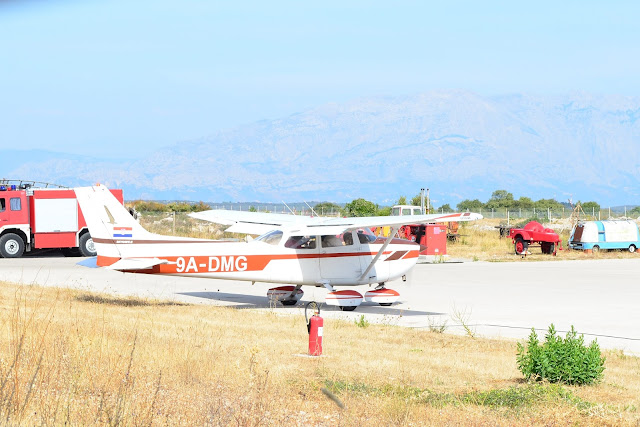 And chatted with the only other people we saw the entire time we were there! Ironically, the woman was Czech so we had a nice chat with her as we watched together.

When I asked her why they were there (I mean...seriously, there is not a lot going on at this place so I wanted to know!) she said they were on vacation, but that her companion likes airplanes and airports so they'd come up to see what this one was like. Good enough reason! 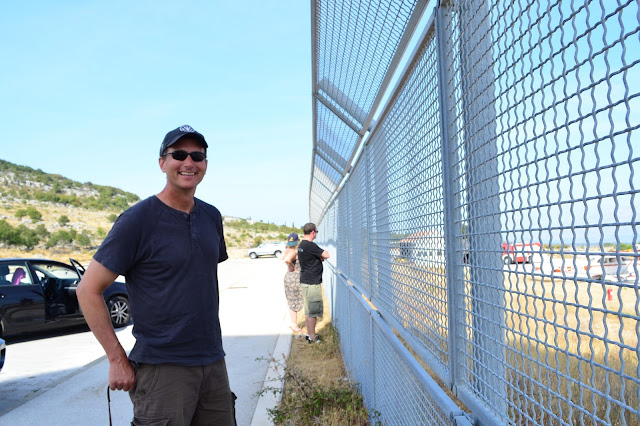 Within ten minutes, his plane was ready for take-off, taxiing past the only other three planes there. 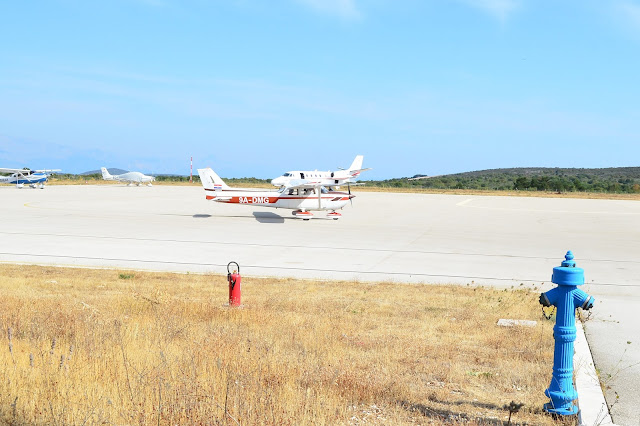 And just a few minutes later, it was airborne! Can you see the little speck of an airplane in the top part of the fence? 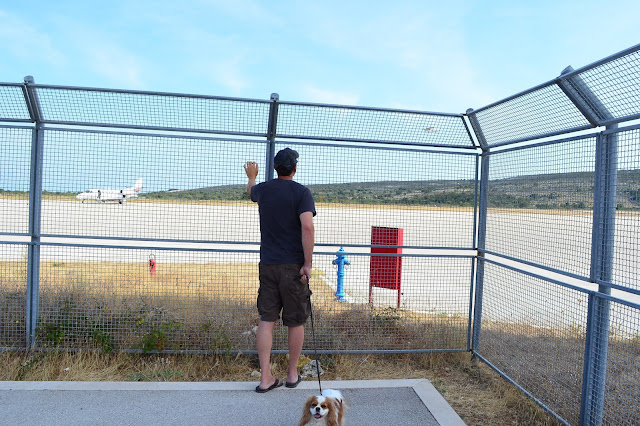 Off to Zagreb they go! 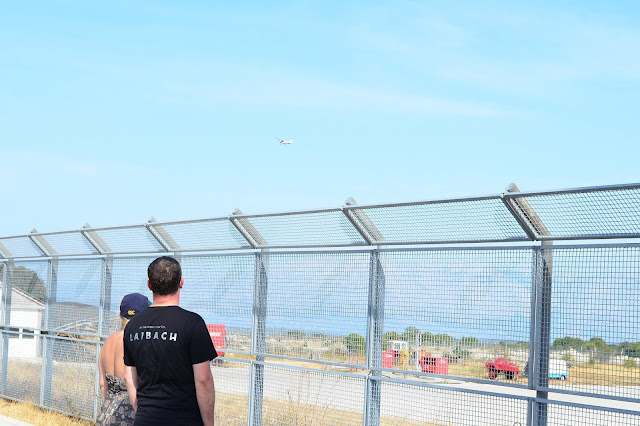 Our friend wrote later to let us know he'd arrived safely saying, "That was the coolest thing I have done in a long time. Brač to Zagreb in less than two hours. Very cool!"

And a very cool, fun thing for us to do together on a Sunday afternoon!
Posted by Unknown at 9:36 AM