It was Dave who convinced me to do this blog post. So blame him if you aren't glad you read it by the end! And I really hope this is helpful to someone, sometime.

I've had ear trouble for several years now. I've been to the doctor many, many times. I've been on antibiotic. I've put in drops. I've even done exercises! I've really tried to take better care of them, but with no results to show for it.

My problem? This is where I get personal!

One of my ears leaks. All the time. There is a steady stream of liquid wax that trickles out day after day.

Granted it's a small amount. But it's messy, it cracks and hurts sometimes, it clogs up my ear, pieces drop out, and it's just annoying. I have drops to put in when it gets really bad, but it never clears up. Ever. 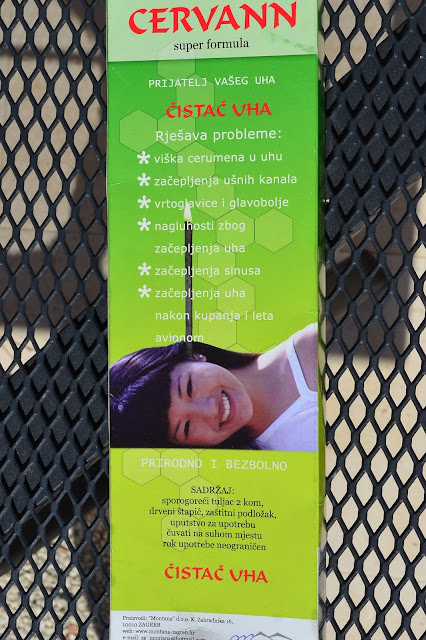 One day while out running errands with our hostess here at the house on Brač, for some reason I can't remember, this topic came up and she told me about Cervann, the product above. It's an ear candle, something that I'd never heard about.

This particular candle is Croatian made. I don't know if that makes any difference. I've since done a lot of reading about this method and there is a lot of discussion and skepticism about it.

I'm glad I didn't read it before I tried it! 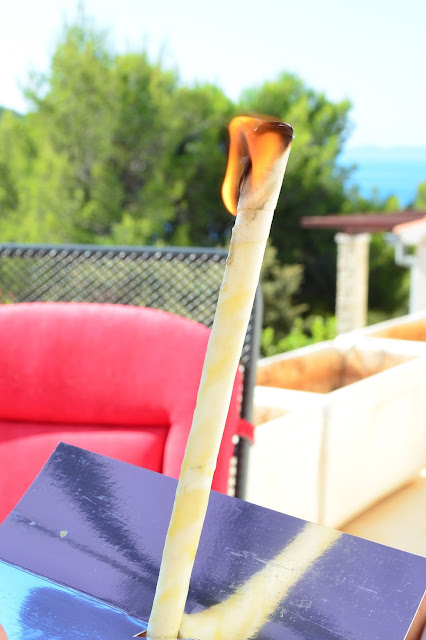 It took Dave a while to translate the directions from Croatian into English. Thank you very much Google Translate!

I kept asking him, "Are you sure you feel good about this? Know what to do? Think I should do it??"

He assured me with "Yes" to all those questions.

So out to the patio we went on a sunny morning to try it. 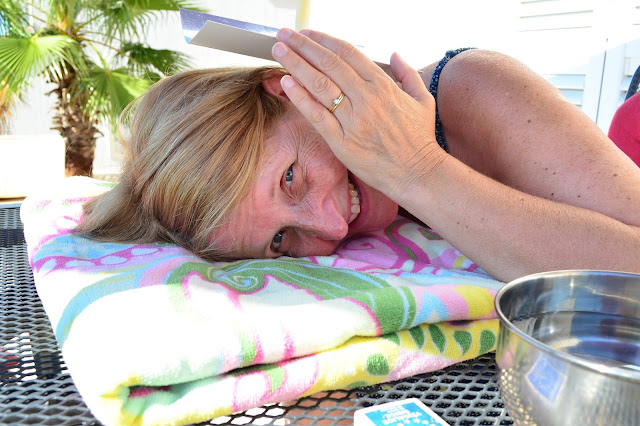 This is probably one of the stranger things I've ever tried. And these are definitely some of the least flattering pictures I've ever posted! But for the sake of knowledge and honesty, I'm doing it.

You can't imagine how funny this actually was! The proverbial "smoke coming out your ears" was a comment Dave made more than once. At least it was legitimate, since there really was smoke, and fire, surrounding my ear! 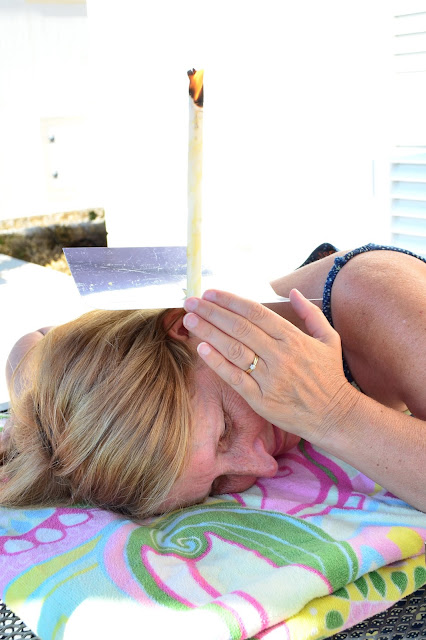 As the candle began to melt, there was a crackling sound in my ear, that at first was really odd, and then became somewhat soothing. Have no idea why! But it was actually pleasant laying there, with Dave watching over me, as the candle did its work.

And hey, if you going to put a burning candle in your ear, you might as well do it with a view to the sea! :) 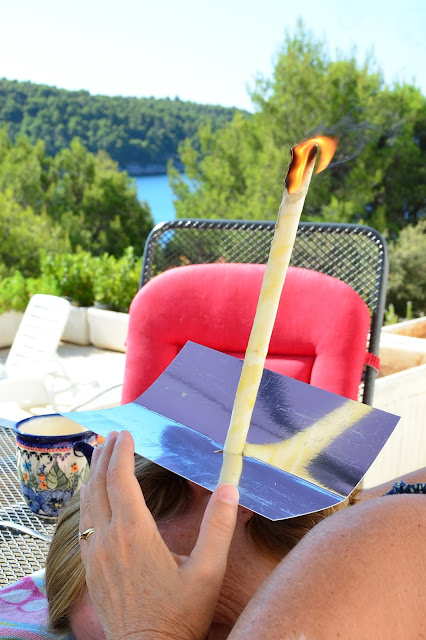 Warning again! If you are squeamish in any way, skip these next two pictures and just go to the end. 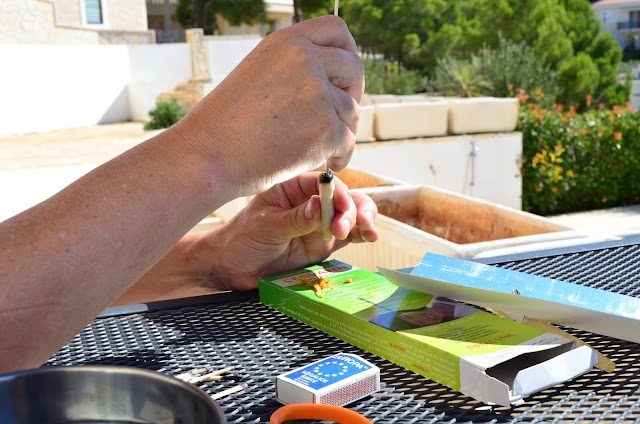 The candle melted partway, and then Dave removed it (according to the instructions) and cleaned it out, then lit it again and did one more round. He did the same on the other ear, though it doesn't have the same problem. 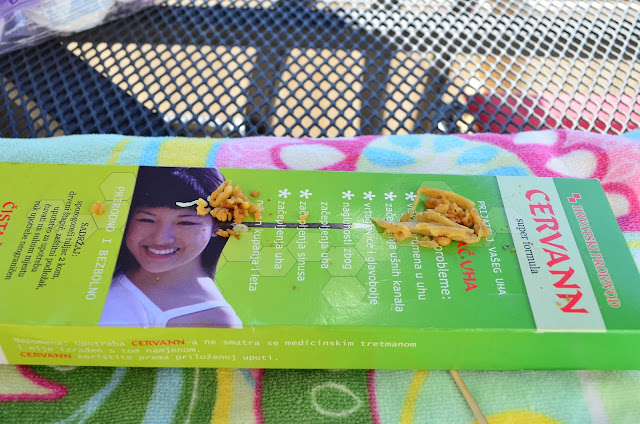 On various websites where I read up about this, people wrote that all that came out of their ears was some sort of powdery substance. And that it was the same in both ears.

But as you can see in the photo, that wasn't the case for me. And one side was definitely different from the other. Can you guess which side was the one I've been having a problem with? 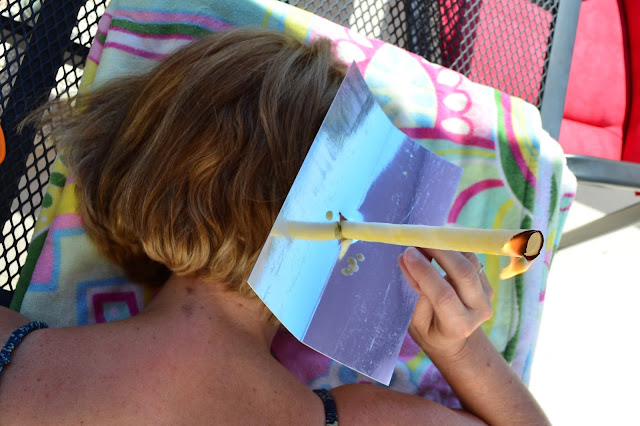 I can't tell you whether or not this is a legitimate approach or cure for anyone else's ear problems. All I can tell you is what happened for me.

It's been five days and I haven't had one drop of liquid come out of my ear.

I'm a pleased customer, and grateful for the conversation I had with my friend who told me about this.
Posted by Unknown at 10:00 AM