I've never seen myself as a sick person. If you asked me if I'm healthy I'd answer with a resounding and absolute "YES!"

But the truth is, for eighteen years I've struggled with migraines. Over the years I've changed my diet, sought medical help, tried medications, and exercised, but the frequency and pain level only increased over time.

Since being in the States during our sabbatical this year, I've had a number of really brutal ones, so we decided it was time to pursue answers to why they've become worse.

I've seen great orthopedic doctors in Wyoming, a top neurology clinic in Phoenix, and a wonderful physical therapist in Portland.

Every step was in the right direction as we ruled out possibilities (no tumors, disease, nerve damage or cancer - praise the Lord), and began to uncover the roots of what's going on.

Yet, last week I suffered another one.

Thankfully, the physical therapist I've been seeing had a thought. "What about seeing a pain management clinic in Portland?" she asked.

Sure, why not add something new to my list of "See America, see a doctor"?! So off I went, unsure of what they'd do, but sure the Lord was leading.

If you've been reading my blog for a while, you know I'm always collecting pictures...you never know when you might need them for a blog post! So I asked Dave to take a few for me at the pain management clinic as they gave me sedation medication before two injections that they hope will reduce the swelling in my C3-C5 joint in my neck, which they believe is part of a cycle that brings on the migraines.

I remember asking Dave to take the first picture on the left. After that I remember nothing for four hours. 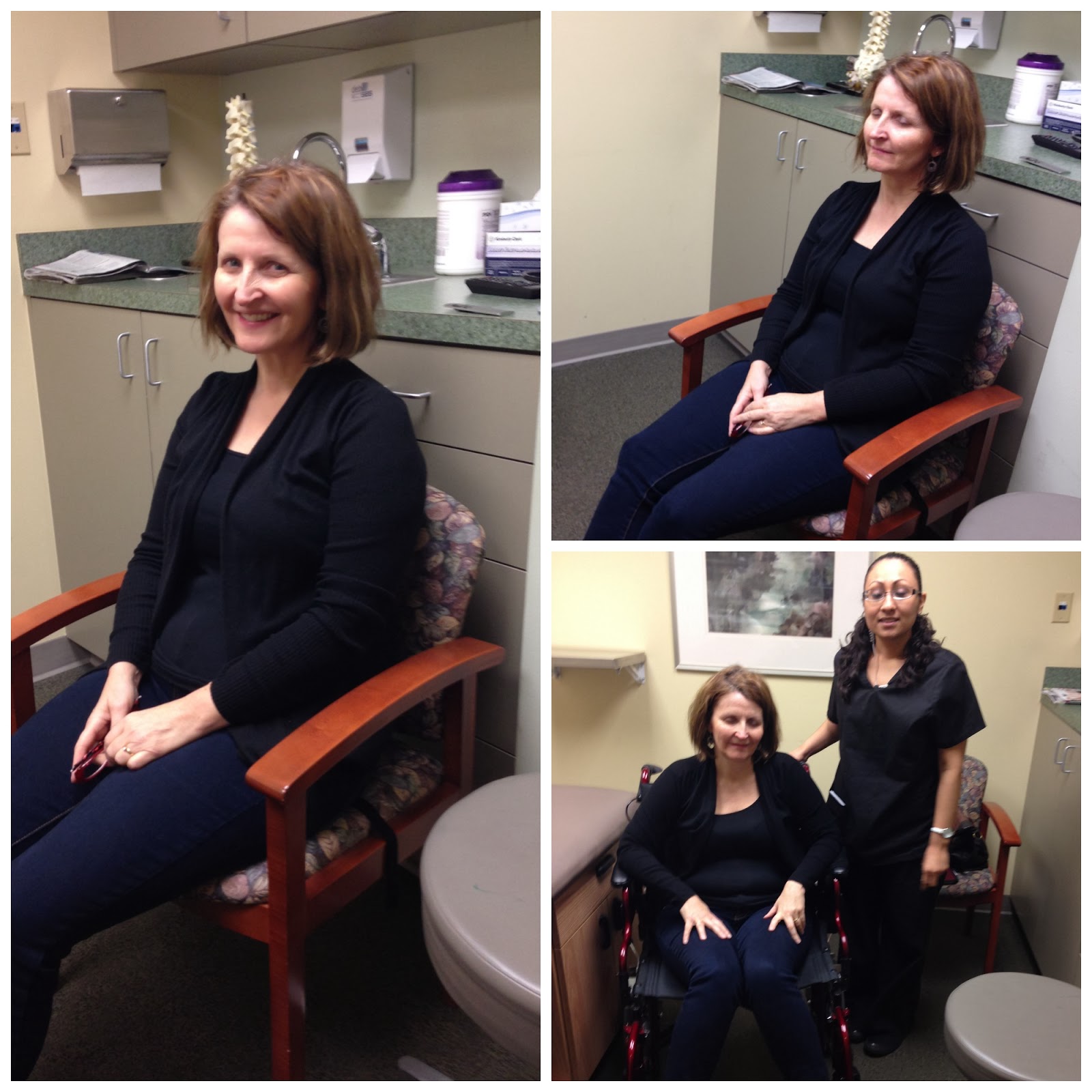 Later on that evening, after I'd woken up, I looked at my phone and was surprised to see how many pictures Dave had taken of me. 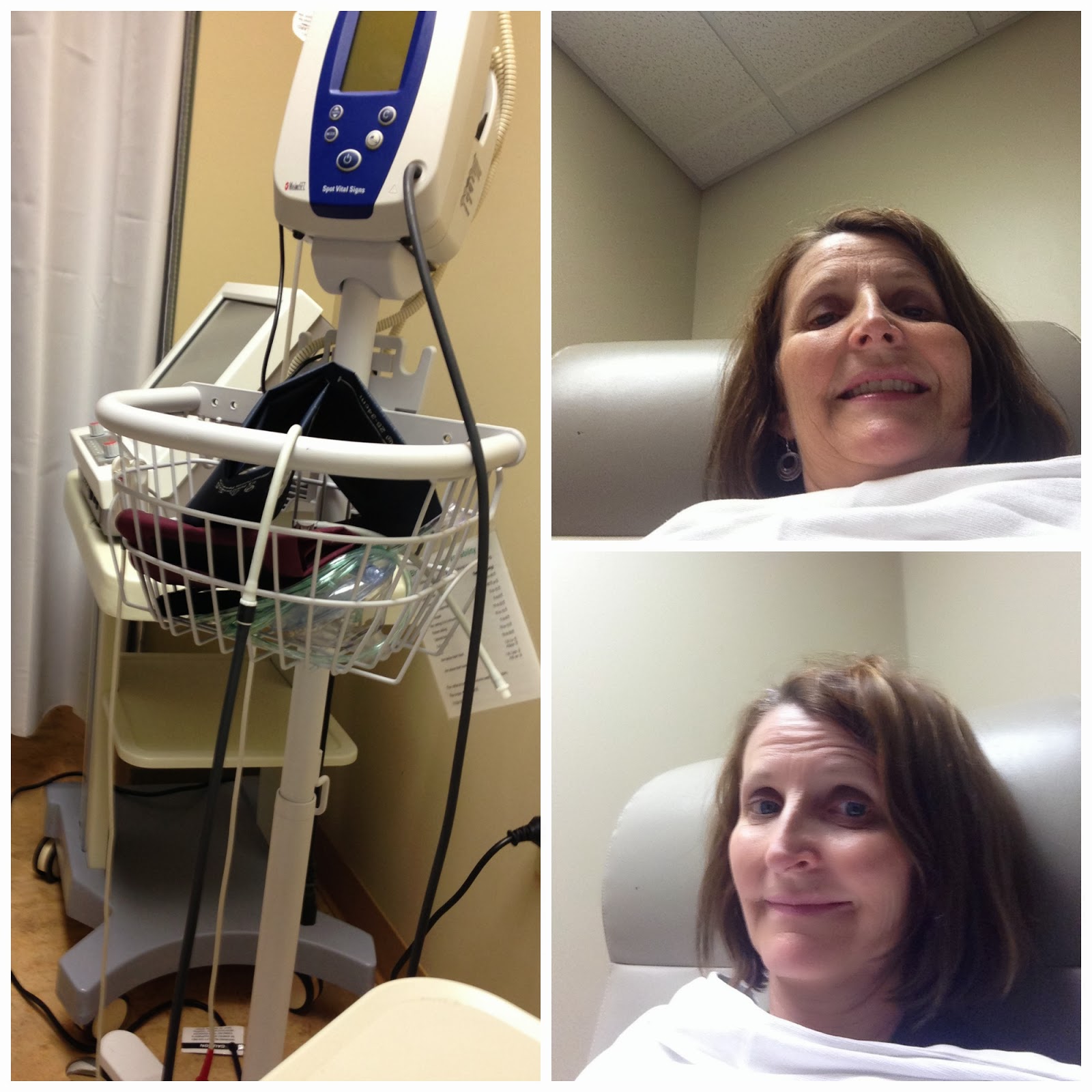 Granted, I didn't remember him taking them since I was under a sedation that they'd said would bring some amnesia. But I commented to him, "Thanks for thinking of my blog and taking all those photos." 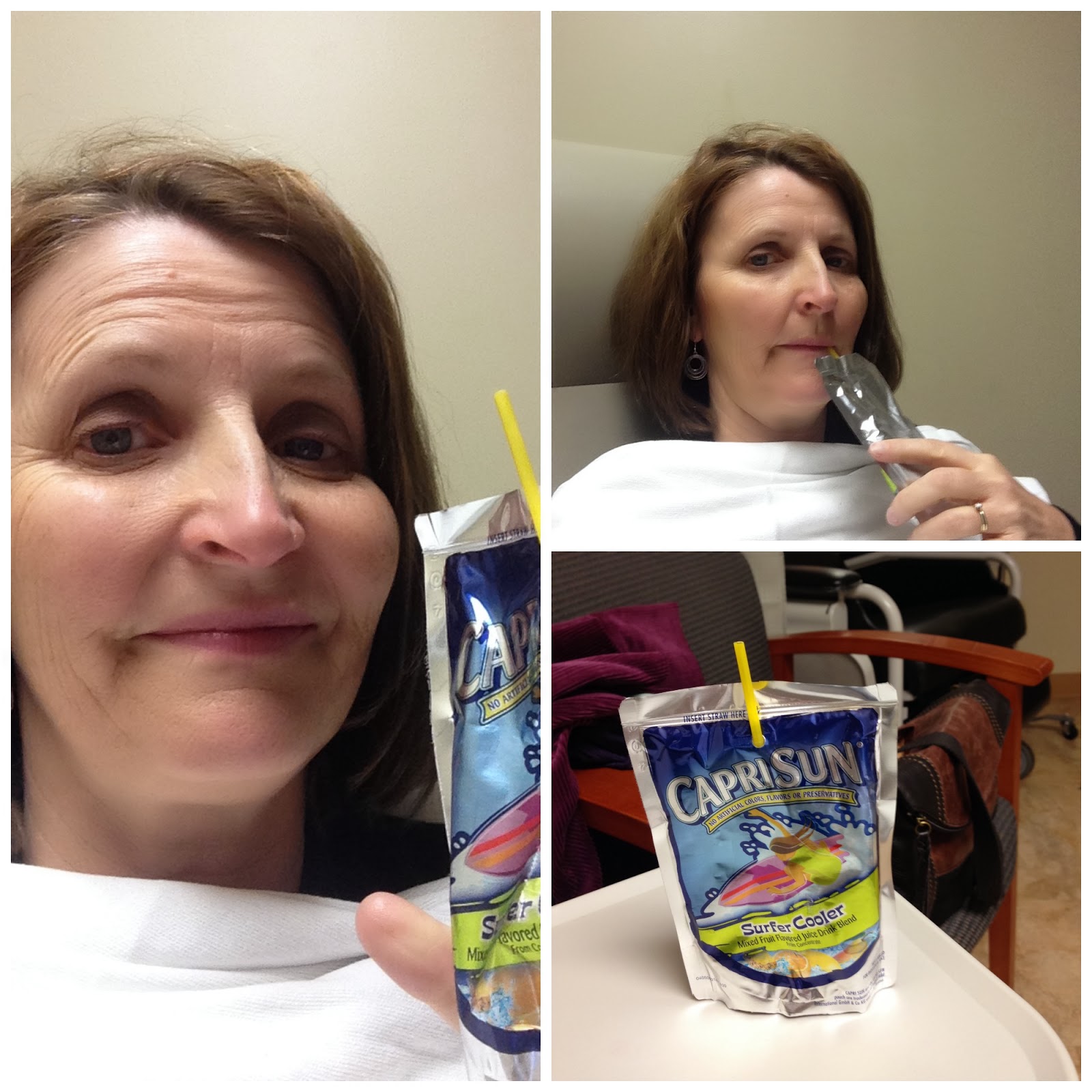 It wasn't until later in the evening when I showed him the pictures that he literally fell on the floor, laughing so hard he could barely catch his breath!

"I didn't take any of those photos," he said, barely containing himself as he laughed harder and harder!!

"The only photos I took were the first three," he added as he burst into laughter once again.

I had taken 23 PHOTOS OF MYSELF...while under sedation!!! And I remember nothing!! 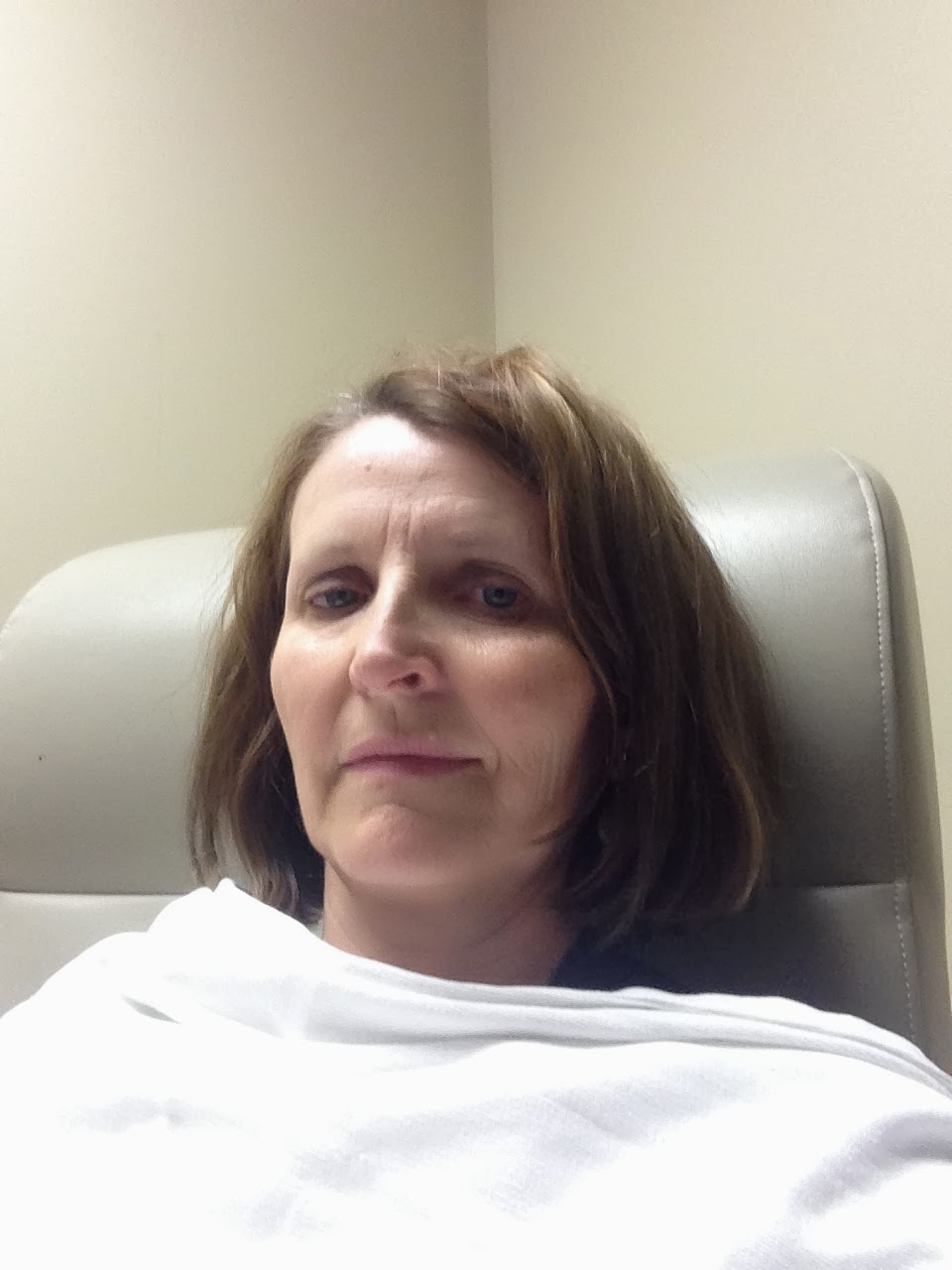 How could I find my phone, take "selfies", drink a Capri Sun, get photos of the room, and put my phone back in my purse...all without remembering anything?!!!

Oh but it gets better than that! Not only did I take photos, but I sent this text to Claire in response to her telling me that the Chicago Patty's were having a party that night. 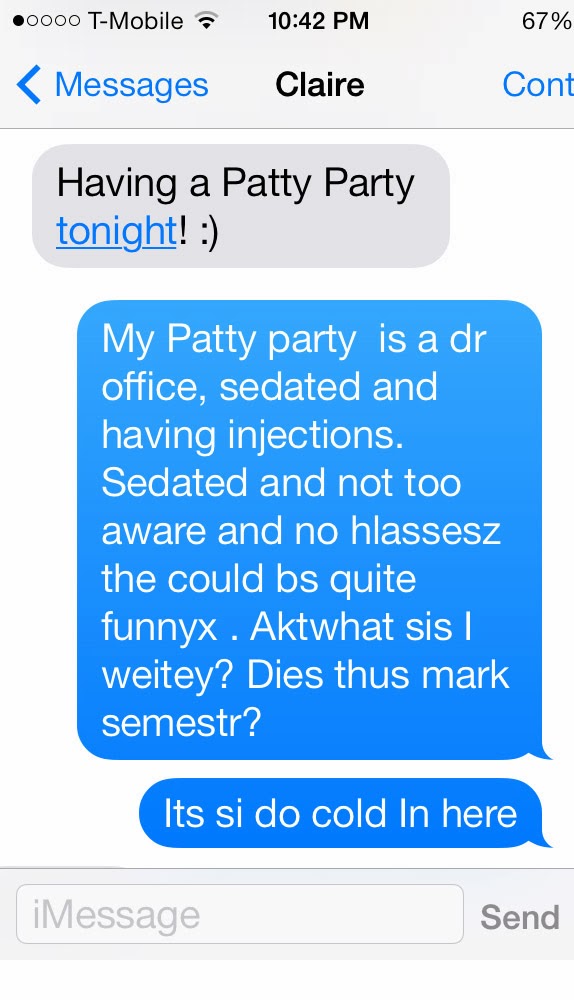 What??!! I don't remember this AT ALL!!! But apparently I heard a message from her and answered it!

The funny thing is that she didn't know I was having the injections so had no idea what I was talking about. She said she laughed knowing there was bound to be a story later on!

I'm still giggling about all this! I guess that sedation medicine had quite an effect on me.

The good news is, the injections worked and I am experiencing a tremendous amount of relief from the constant pain I've lived with. We'll see what the long term result is, but for now, I'm grateful for all the medical help I've received across America!