Claire and I had the joy of spending the day downtown Chicago on Saturday with our sweet friend, Ginger! 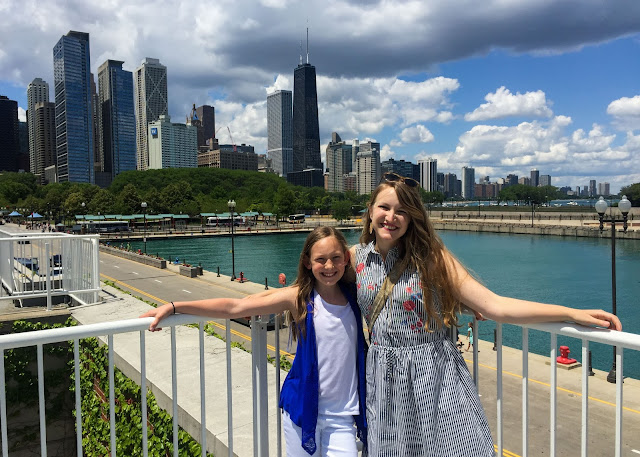 She and her mom came all the way from Jackson, Wyoming to see us - which is quite a contrast to the big city of Chicago! Determined to show her the bright spots of the city, we headed out to Navy Pier, a famous Chicago landmark. 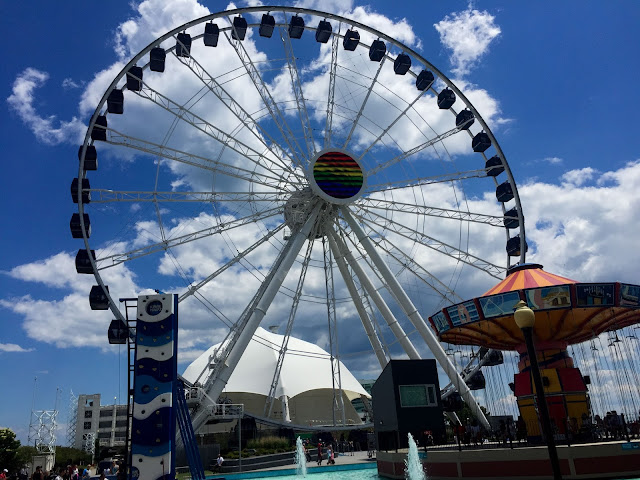 Last year while Claire was still a student at Moody, she woke up early one morning and came down here at 5 AM in order to ride the old ferris wheel on its last day after 20 years of rotation. Later in the day, they began the de-construction of that one (with its open bucket so you had a completely unobstructed view!) and eventually put in this new one. 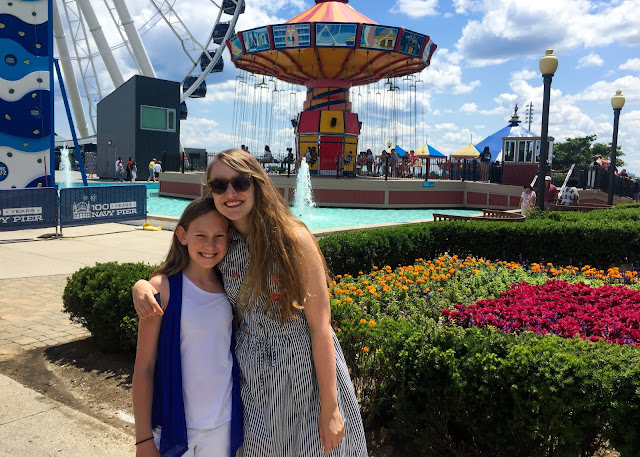 So of course we had to ride it with Ginger! 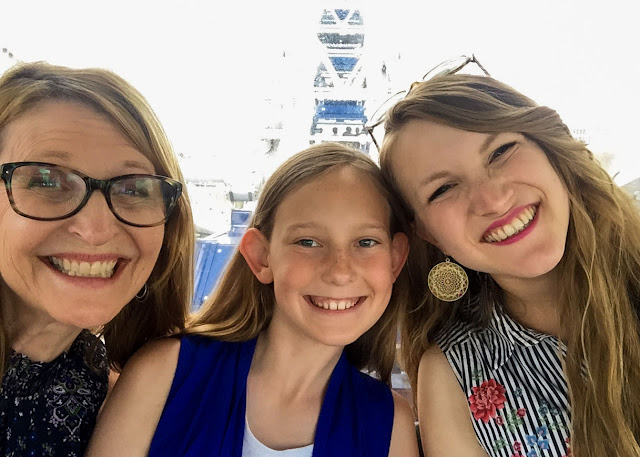 Although you're now looking through some sort of plexiglass (which of course makes the ride much safer), you still had an unbelievable view of the city looking back from nearly the edge of Lake Michigan, where the ferris wheel sits on Navy Pier. 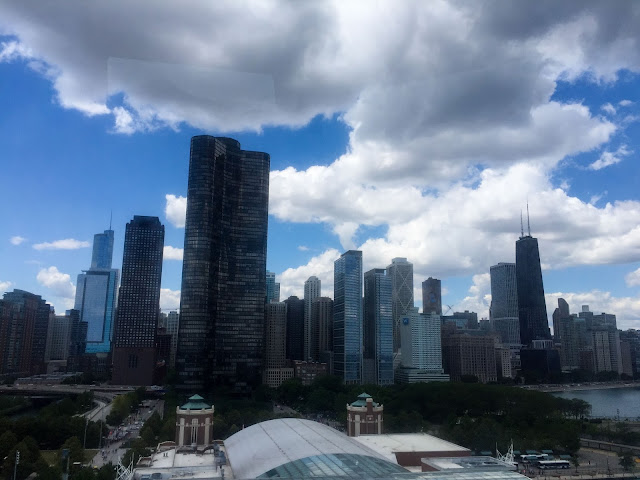 Thankfully you get the full ride around to the top several times, which allows for that magnificent view of the Chicago Skyline. I probably took twenty pictures in hopes of capturing it! 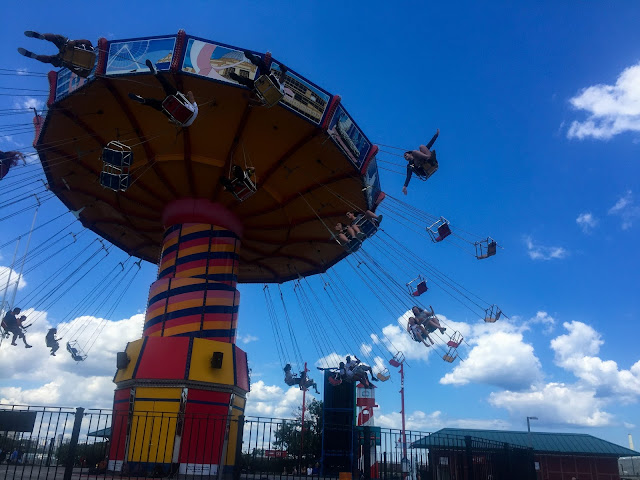 And if you're on the ferris wheel, well, how can you resist a ride of the big swing next to it as well?!

Claire and Ginger braved that together - they're "in the cloud" on the right side, middle, of the above photo! 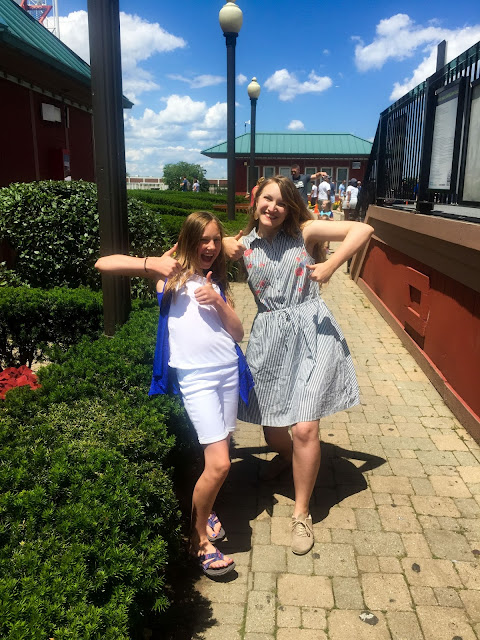 We walked five miles that day, all in the downtown area, taking in an assortment of sights. This ten year old girl was a trooper, walking the whole way without any complaints! She's a special girl. 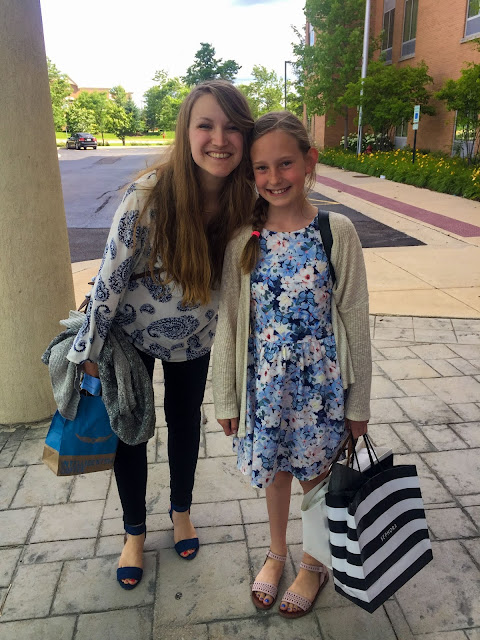 Our week-end with she and her mom came to a close all too soon today. We love these dear ones and are so thankful for our years of friendship and partnership in the Gospel with them. 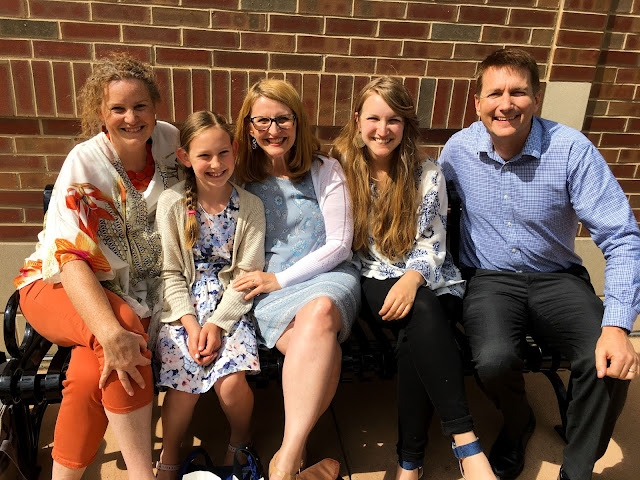 "Already looking forward to the next time we see you Polly and Ginger!"
Posted by Living By Lysa at 9:06 PM