With dark clouds threatening rain, I arrived in Valašské Meziříčí (yes, it's as difficult to pronounce as it looks!) this afternoon for a wedding. 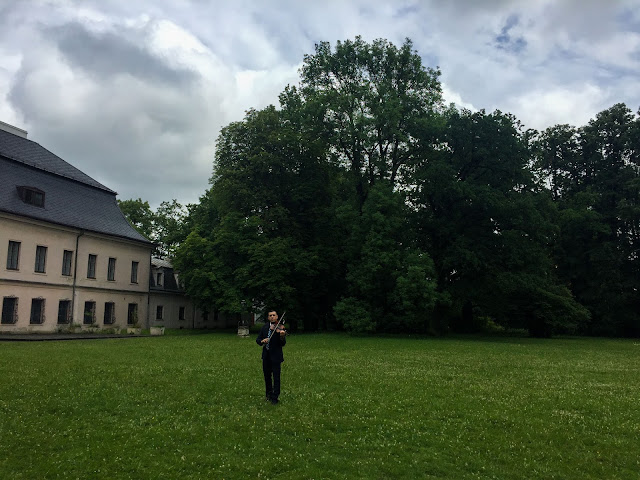 Though we've had beautiful weather and warm temperatures every day this past week, the forecast has called for rain on Saturday...and it was supposed to be a lot.

But in God's kindness, the clouds began to part as the outdoor wedding began. 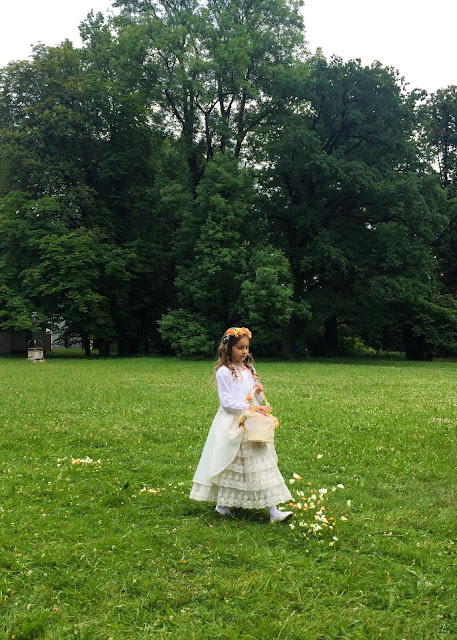 And the gorgeous bride, our friend Terka, walked on her dad's arm, towards her groom with sunshine beginning to peak through. 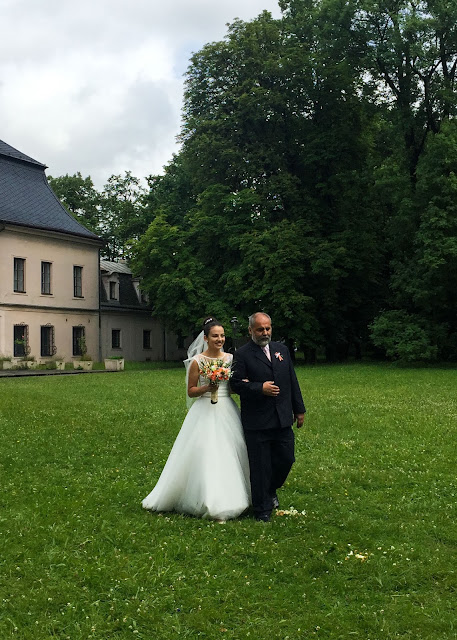 What a radiant bride this dear one was! 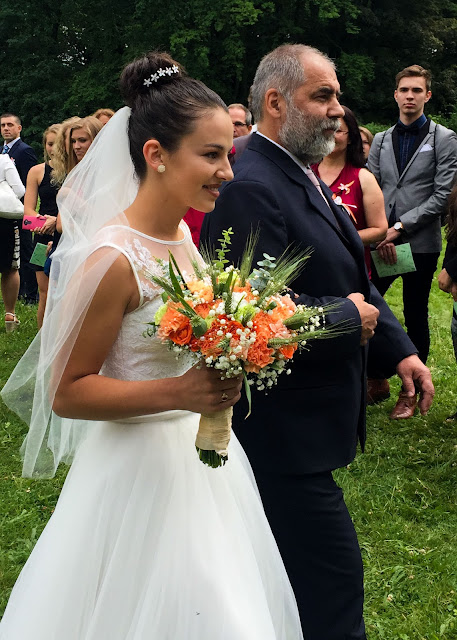 I gulped back emotion watching her dad reach out to her mom as they passed by. 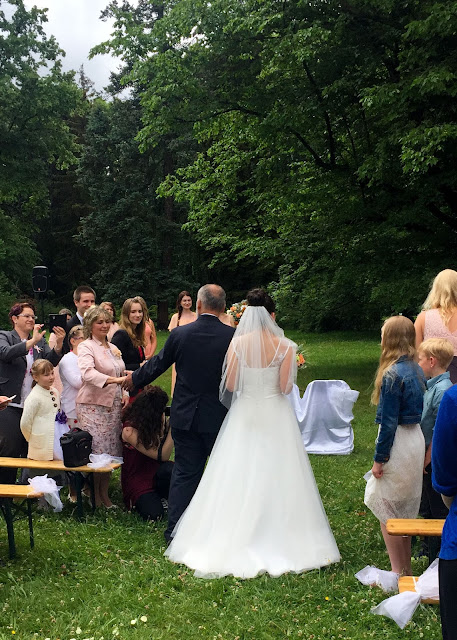 As is often tradition here, the bride and groom took their seats as the ceremony began. 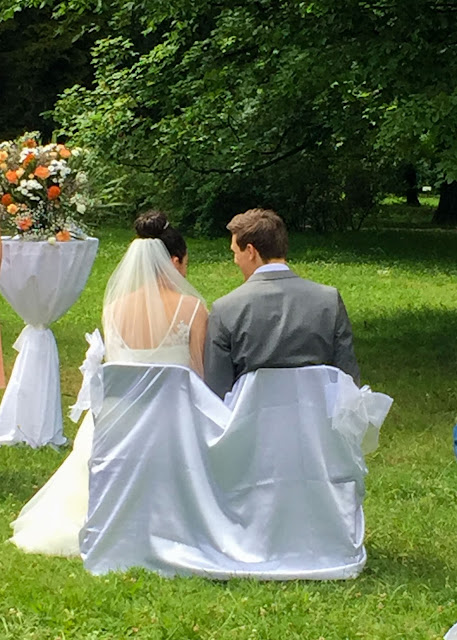 Terka was once a student at BMA, the Christian high school here in Frydlant that our kids also went to. For the past two years she has worked there, giving of her time and self to discipling students and helping to create and care for the family atmosphere that BMA works so hard at.

I loved that she asked this group of BMA girls to lead in worship at her wedding! 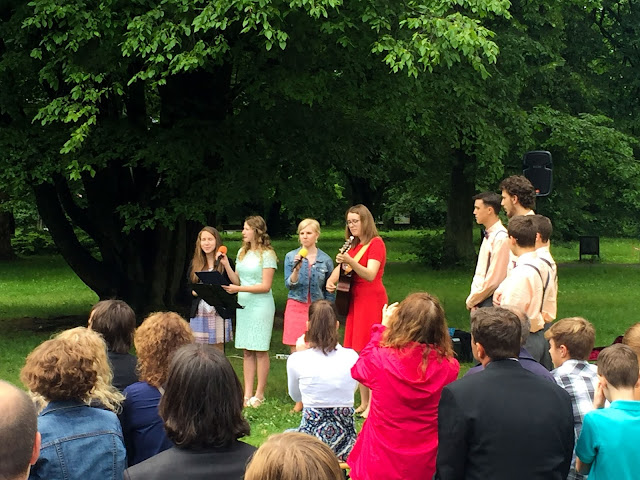 Paul Till, a teacher at BMA for the past 12 years, gave a fabulous message to Terka and Spencer, her groom. 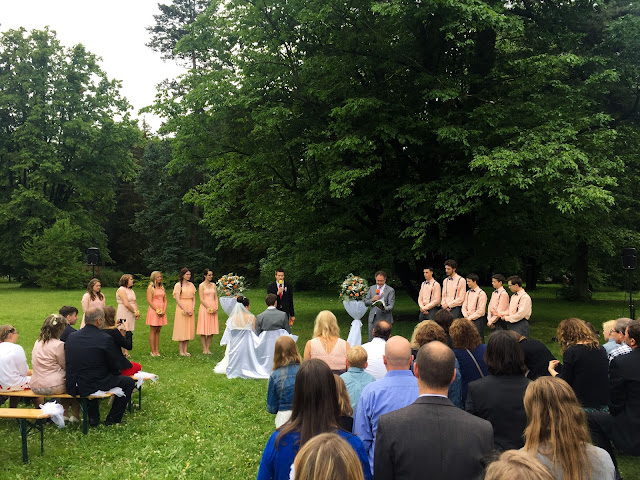 Martina, Terka's dear friend and fellow BMA student, served as her maid of honor, praying over them, as did Spencer's brother, the best man. It was such a sweet moment listening to their heartfelt prayers. Spencer, a missionary kid (now obviously grown up!) from Czech, gave his vows to Terka in English, and she gave hers to him in Czech. 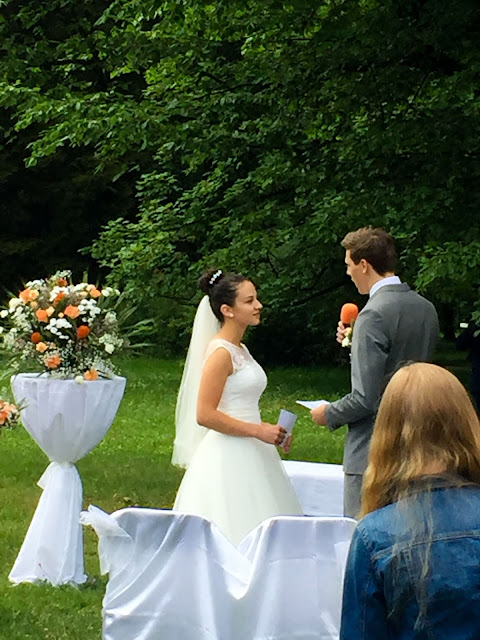 And then, in that wonderfully timeless moment, they were pronounced man and wife, and kissed each other for the first time as a married couple! 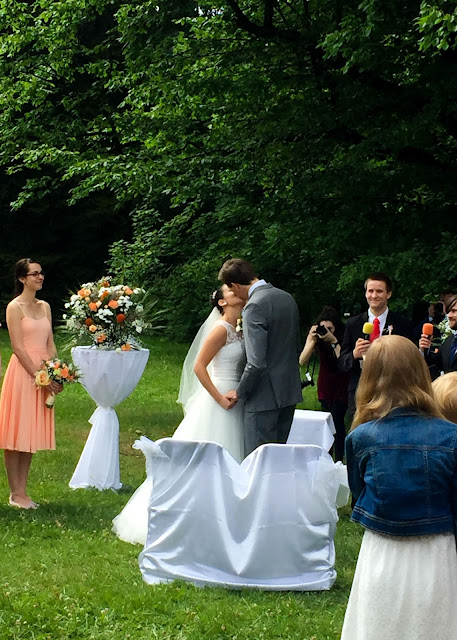 They will be heading to the States in a month, for Spencer to finish up his schooling in Minnesota at University of Northwestern.

After that, they're praying about what God would have them do in the future. 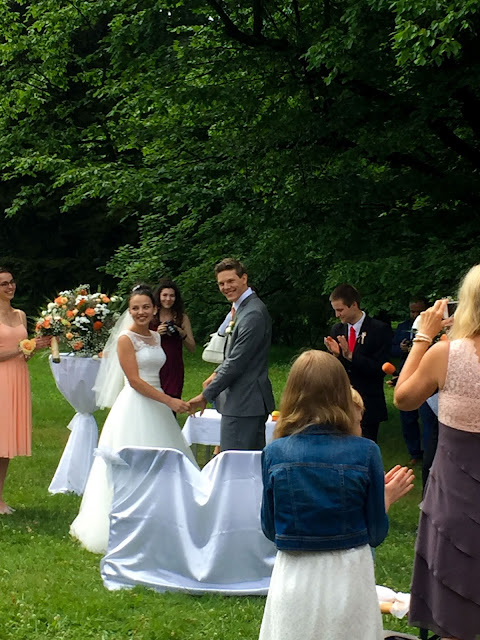 Whatever it is that God leads them to, I know he'll use them powerfully! They both love the Lord, come from families that love the Lord, and have on their hearts the desire to serve the Lord in whatever way He leads them. 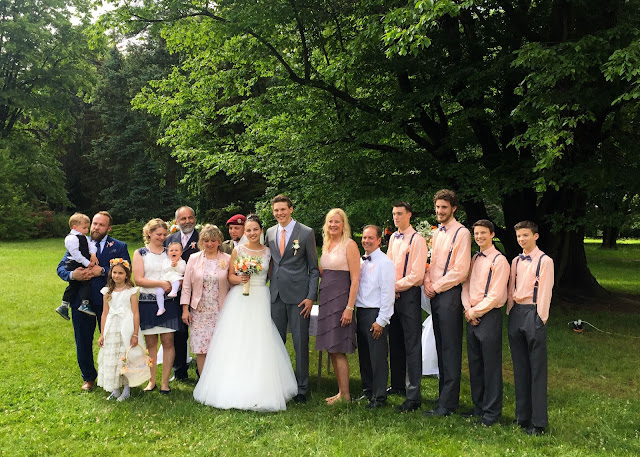 What a joy to celebrate today the union of Spencer and Terka Steele!