Over the past 16 years, many people have stayed here; a number of people have even lived here, as was the case of a family who just moved out after 7 1/2 years in the apartment.

It's pretty tiny, and needed some refreshing after the family of five (mom, dad and three kids) moved out. Some friends of ours in the US generously offered to cover the cost of updating and renovating it; and those renovations have begun! When the family moved in all those years ago, they made the only bedroom in the apartment, a room for their kids, and had their bed out in the living space. After talking with our friend Petr, who is helping us with the renovation, he suggested we put in a loft for the adult bed, and open up the space below. What a great idea!

So what was formerly just "air space" above the kitchen, has become a room of its own!


What's crazy is that when I walked in, I didn't even realize the flooring had been done to make the  loft - it seemed as if it had always been there! But those stairs are new, as is the loft. 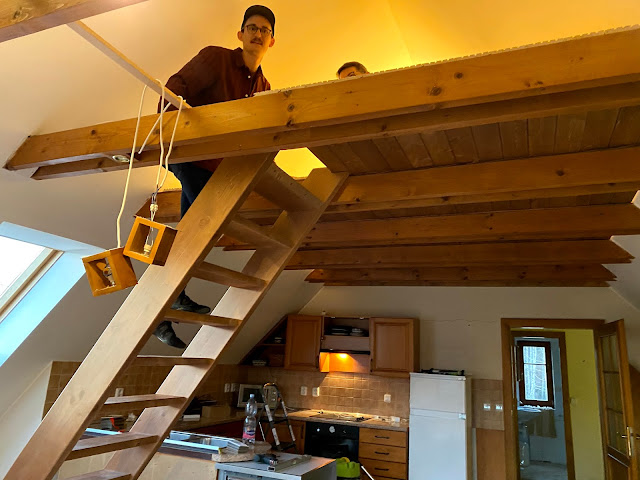 We're updating the kitchen by putting in a dishwasher and new countertops, which should freshen things up in here. 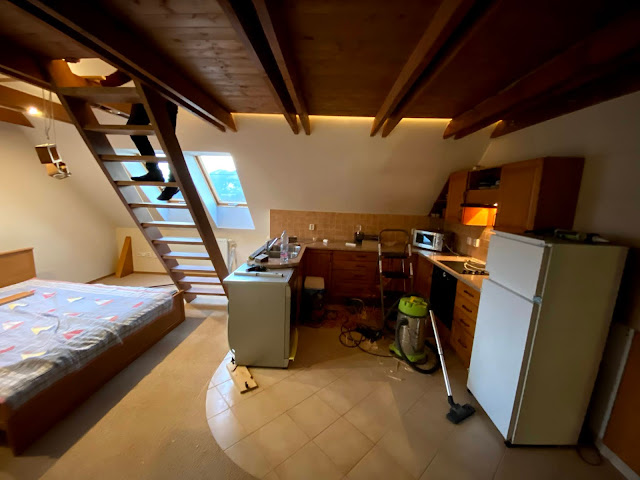 Next week demolition will take place in the bathroom as we have it re-tiled and make a completely different configuration in there. We had significant water damage and mold that needed to be taken care of, so this will be a blessing to have done.

Hopefully this will be done by the end of March, and ready for use again!
Posted by Living By Lysa at 3:26 PM