When I was pregnant with Caleb 27 years ago, we experienced quite a prolonged time of waiting for his birth to occur.

I'd been on complete bed rest for six weeks due to acute pre-labor symptoms. My doctor took me off the medication holding off contractions on December 26th, which was a month before his due date. My mom arrived the next day from the States (at that time we were living in Germany as missionaries) and we fully expected him to arrive in a matter of hours, or perhaps a few short days.

However, God had a different idea about what his birth date would be! 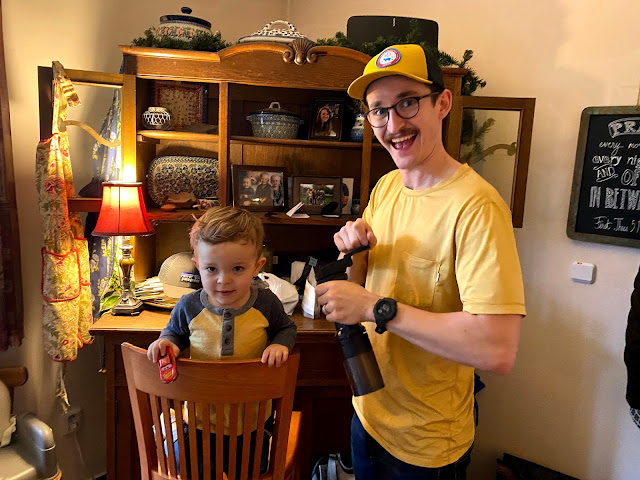 He didn't arrive until January 20th! Which means, we had a lot of days to fill between my mom's arrival and when Caleb arrived.

Having him, Haley and Charlie here right now, waiting for the birth of their baby girl, reminds me of that time.

Of course, the circumstances are quite different because baby girl's due date was actually yesterday. So now we're in that waiting period now where birth is actually quite imminent! 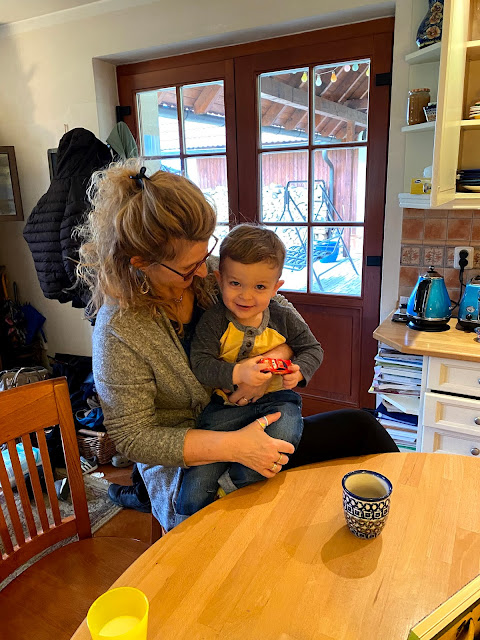 But in the meantime, we're filling days with lots of playtime, conversations, and activities such as walks, when weather permits. 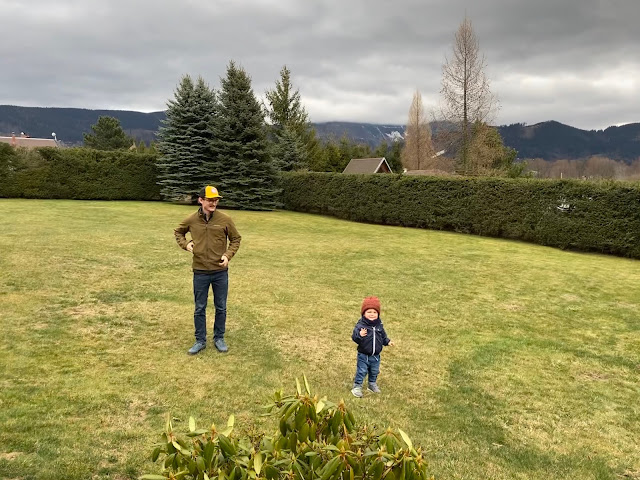 After church this morning, I went on a walk with them, hoping that would bring on some contractions to get baby girl's birth going!

What's funny is that I did the same thing while waiting for Caleb's birth, and even did a 10 kilometer "volksmarch" (an organized walk in Germany) just a few days before he ended up being born. Maybe that's why he likes the outdoors so well! 🤣 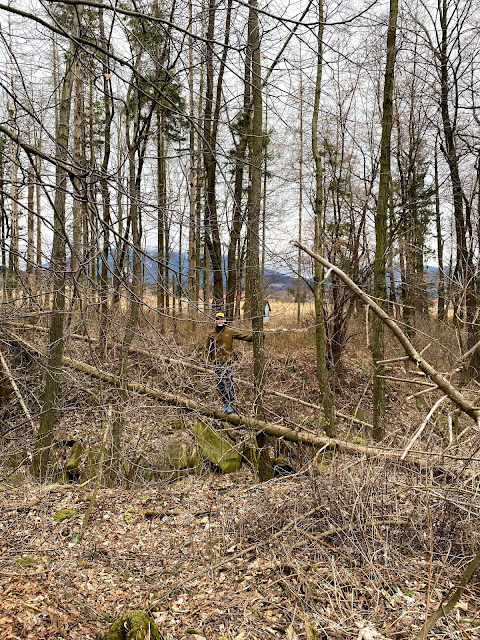 It might look like the weather is of a "Siberian nature" (as in, being cold enough to have such a hood on!), but really, it was just windy! 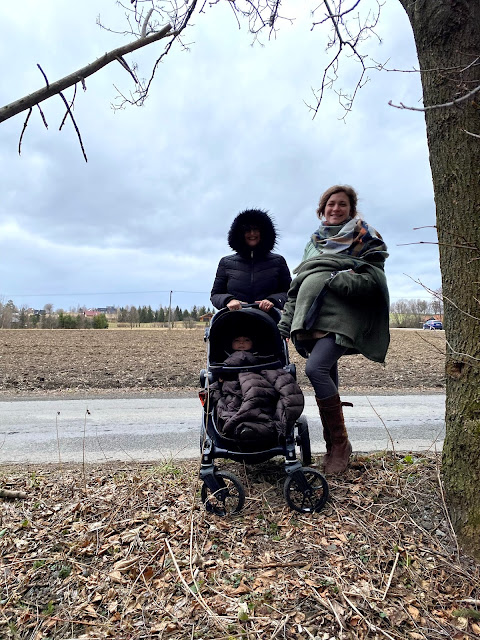 We're having quite a mild winter, with very little snow. Which for right now, works out for us so we can take a walk like this! 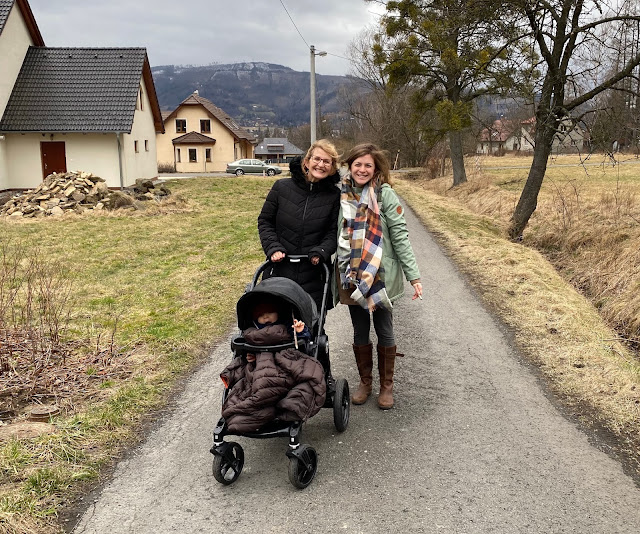 It won't be more than ten days from now before baby girl is born (that's as long as they'd normally wait here in Czech before inducing), but we're sure hoping it's sooner than that!
Posted by Living By Lysa at 2:56 PM