After a 74 degree day here in Denver yesterday (the last time it was that temperature here was in 1934!), it was pretty crazy to wake up to freezing rain, and ice so thick on the windshield that it was nearly impossible to chip off. 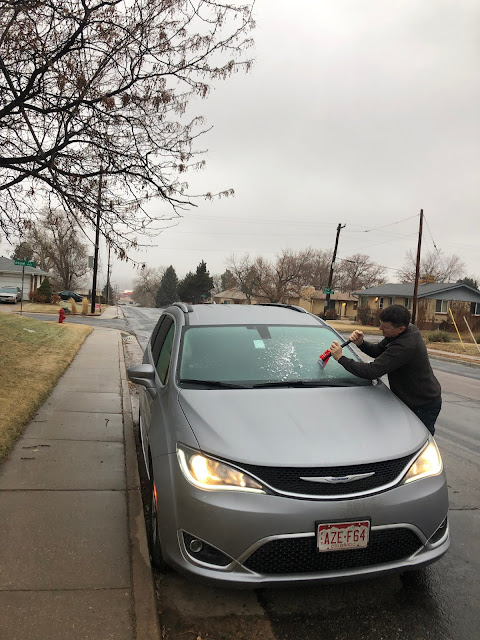 Dave and I dropped off the rental car and headed into the airport for our early morning flight, only to find out that it had been cancelled due to the weather! 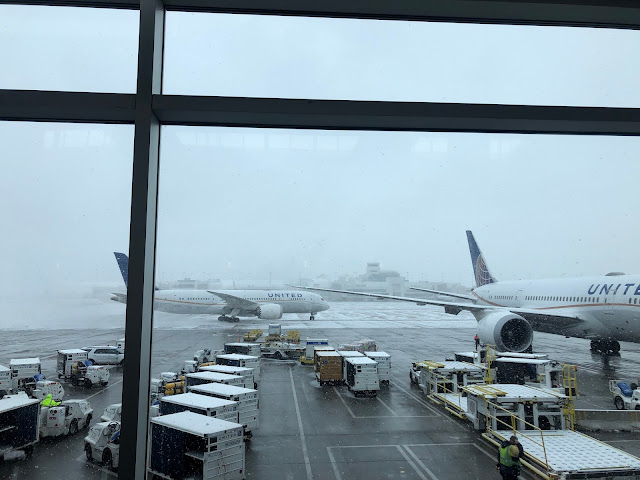 Thankfully United rebooked us onto another flight, but not until 7 PM this evening. Cue the sad music for having to spend a day in the airport! 😢 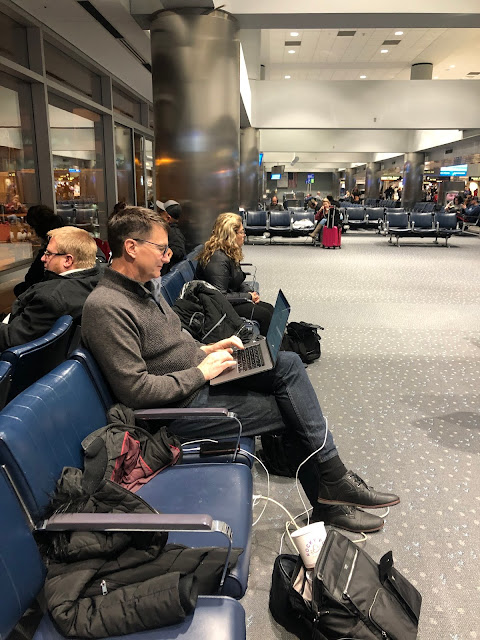 But we made the most of those 10 hours and eventually were cleared for take-off, though there was still ice and snow outside. 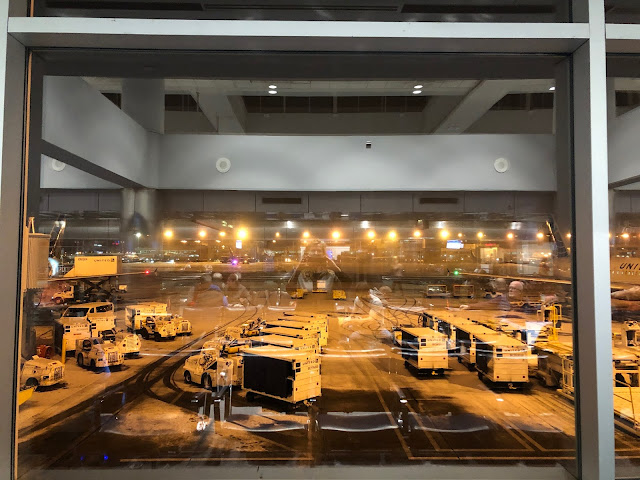 It was a very bumpy ride going out of Denver, but a little while later, we landed safely at our next destination on this trip. 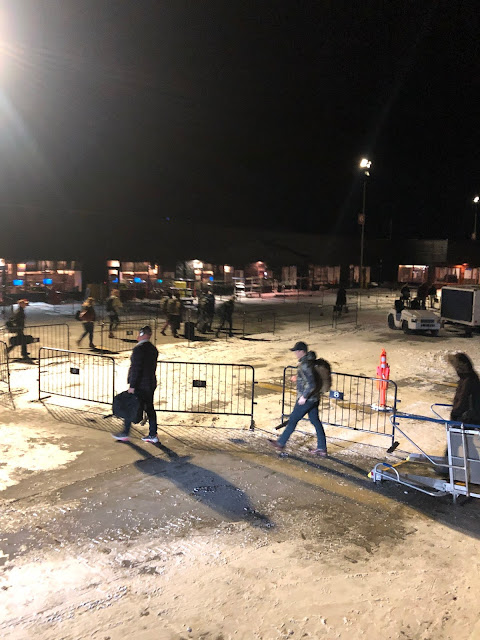 Yes, there's snow here too. Any guesses where we might be? 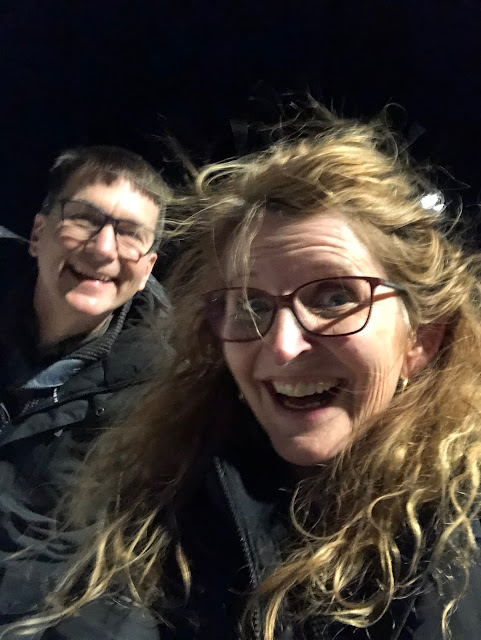 Our dear friend picked us up at the airport and we headed into town for dinner, with a temperature outside of -12 Fahrenheit! 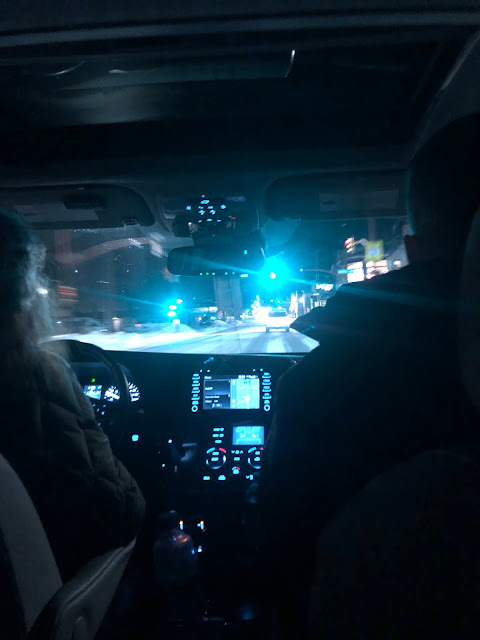 Does this give you a clue about where we are? 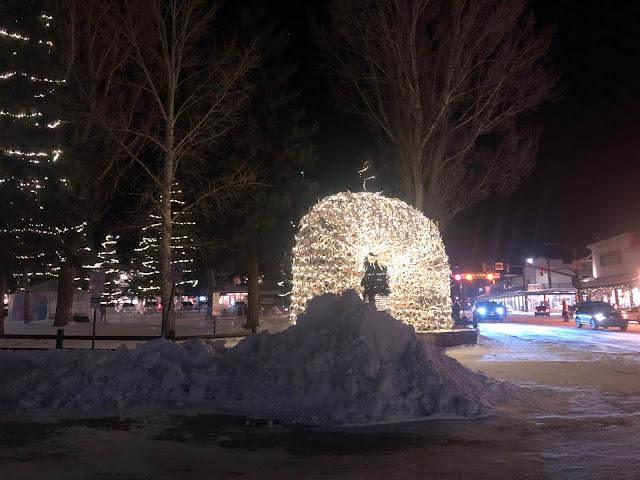 Yes, this is Jackson, Wyoming and the famous antler arches downtown! It is cold -- oh so cold -- but we always love being here with our friends!
Posted by Living By Lysa at 11:00 PM