We don't remember how many years ago it was now. Ten? Twelve? More?

The year doesn't matter as much as what's represented here in this photo of Claire and our long-time friend, Jerry, who came to visit us tonight. 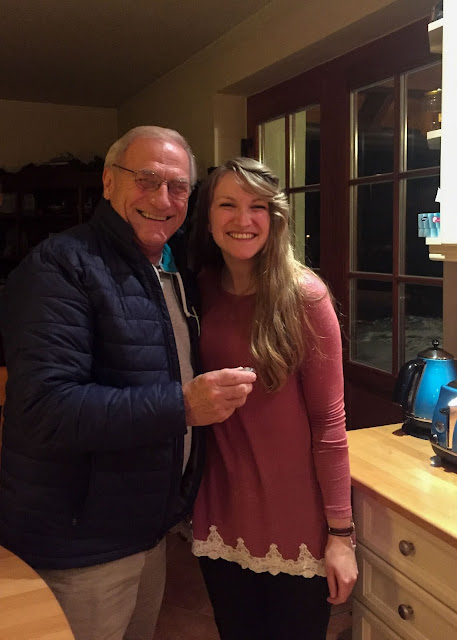 Dave met Jerry at a European Leadership Forum many years ago when he happened to step into Jerry's seminar to listen to what he was speaking on. One conversation between those two and a lifetime friendship was formed that has now spanned so many years that we can't even remember how many!

But what you can't fully see in the picture above is the chestnut that he's holding. It is a chestnut that Claire gave him many years ago when he came to visit.

Jerry has two chestnuts. One in his pocket at all times, one on his desk at home at all times.

And any time he feels it in his pocket or sees it on his desk, he prays for us! 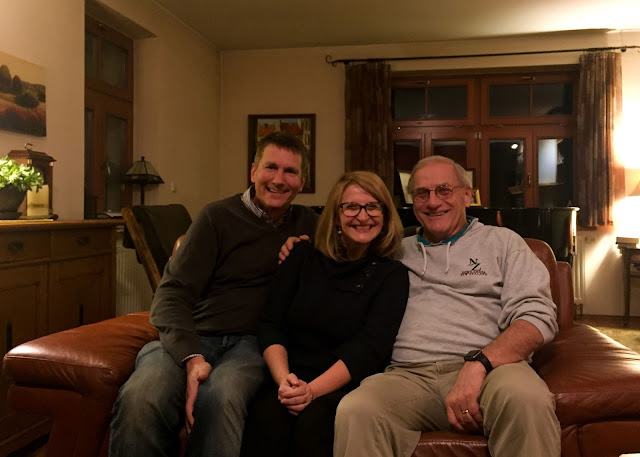 While Jerry is gifted in a lot of things (speaker, mentor, motivator, encourager, to name a few!), he's also a prayer warrior. And that means the world to us! Those prayers are the foundation for everything that happens in our lives and ministry. I can't imagine where we would be without the prayers of Jerry and so many others who stand in the gap for us.

It was delightful to have an evening with him, telling him some stories about how God is answering those prayers.

They make a difference!!
Posted by Unknown at 10:30 PM