I'm trying to remember the last time we traveled in Europe from south to north with Claire.

If I remember correctly, it's been 3 1/2 years. SO fun to have her in the car with us as we travel back home to Czech, making our traditional stops at gas stations for coffee and snacks! 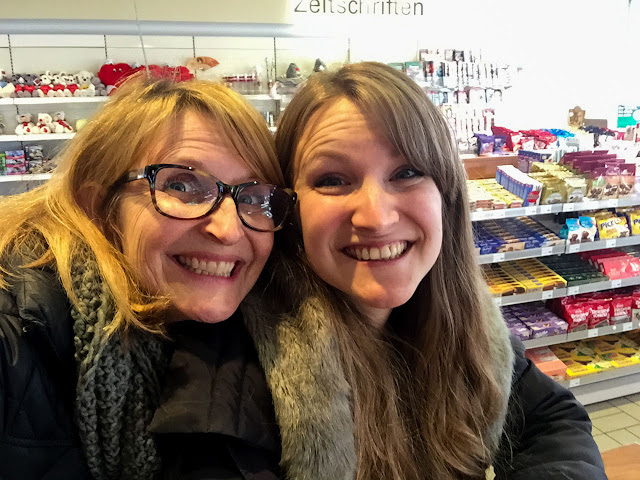 We weren't headed home quite yet though. Our last stop? Gyor, Hungary. 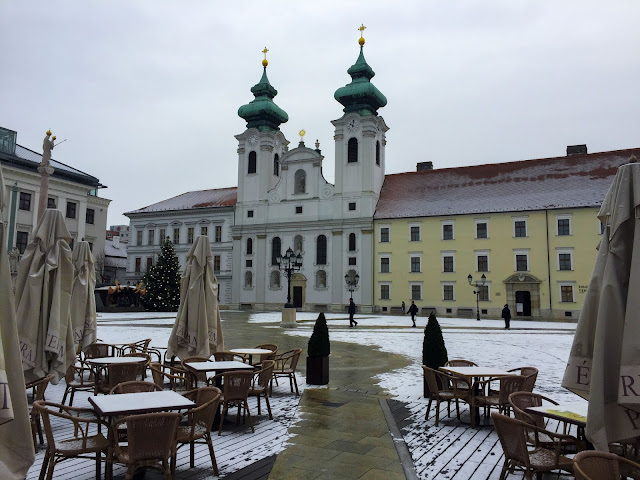 This is the city where our JV country leader for Hungary lives with his family. Dave was here to spend some time with him last night and today.

Claire and I were hoping to see his wife and kids, but sadly, sickness had struck their household so that wasn't possible.

Instead, we decided to explore the downtown this morning. 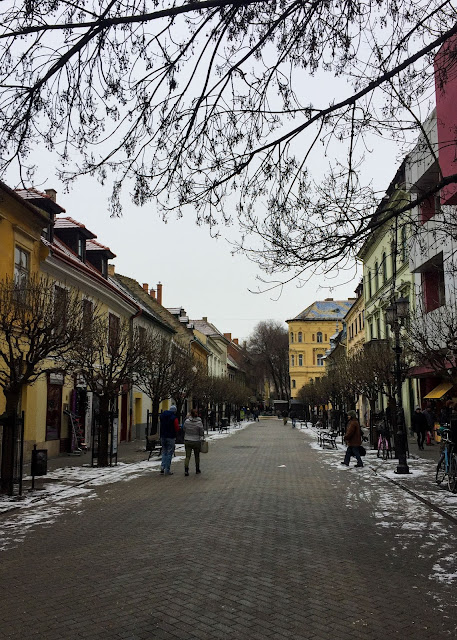 In all the years we've lived in Europe, Hungary is one of the countries I've spent the least amount of time in. No reason in particular for that, just a reality. So it was fun to be here today, observing and soaking in a totally different culture and people. 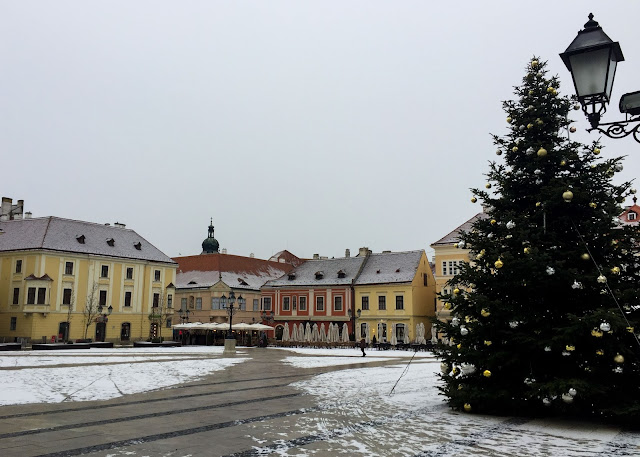 Hungarian is not from the Slavic family of languages (like so many in Europe) so I literally don't understand or know one word! It's a strange reality to not be able to say even the simplest, "Thank you" or "Please", except in English. That feels odd after having lived in Europe for 33 years and knowing how to say those things in many other languages.

But that didn't stop Claire and I from finding a nice restaurant to hang out in, first for tea and coffee and later on for lunch. 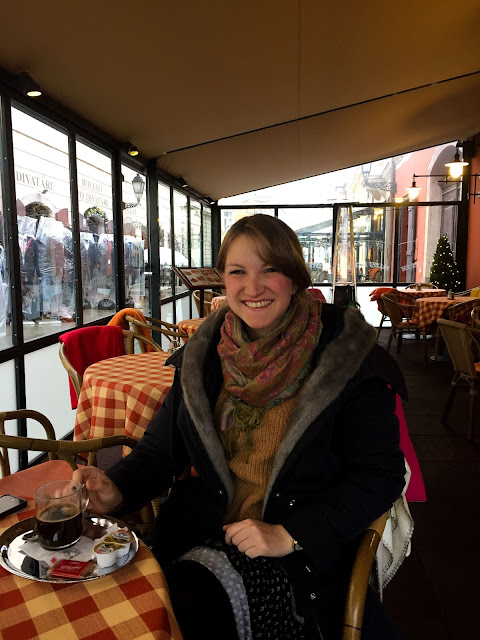 While Dave met Rob, the country leader, Claire and I watched the world go by for several hours from this spot. It was altogether delightful to hang out with my girl there! 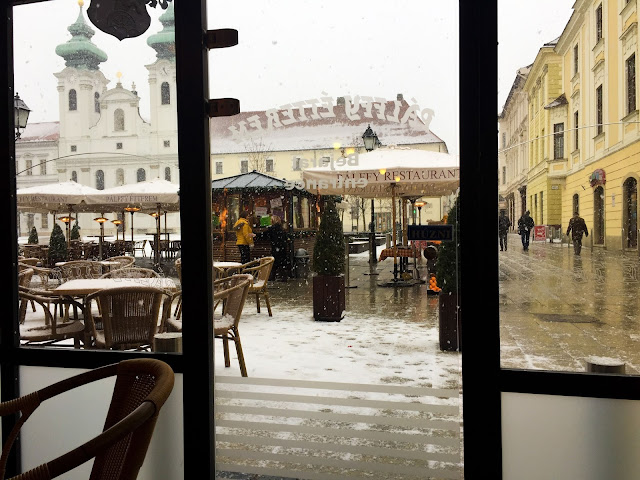 Later we met up with Dave and Rob, then walked across the river via the bridge you see in the far right side of the picture. 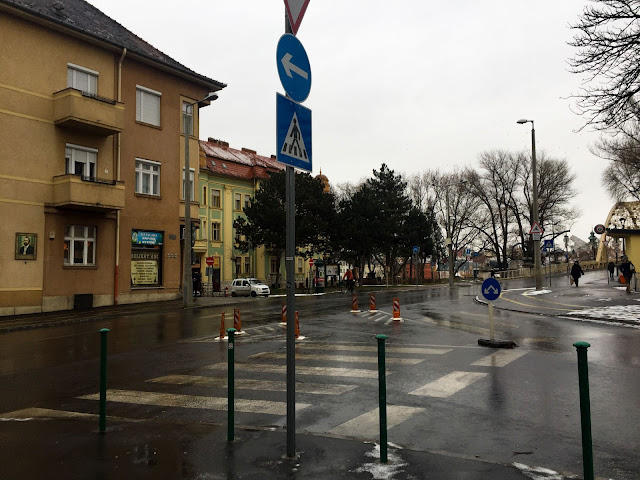 JV Hungary offices are in the brown building on the left, and conveniently located across the street is a bakery where we picked out a few things for the rest of our way home!


On the road by mid-afternoon, we finally pulled into home four hours later! Unfortunately I forgot to take a photo of Claire coming home for the first time in a year. But it sure feels great to have her here!
Posted by Unknown at 10:00 PM