The month of October is college recruitment month for our JV team. Many of our staff come to the States this month to be on campuses to share about opportunities for summer internships.

Dave and I get to be on three of the twenty five campuses where JV staff will visit this month. And today, it's in Portland, Oregon at Multnomah University, our alma mater! 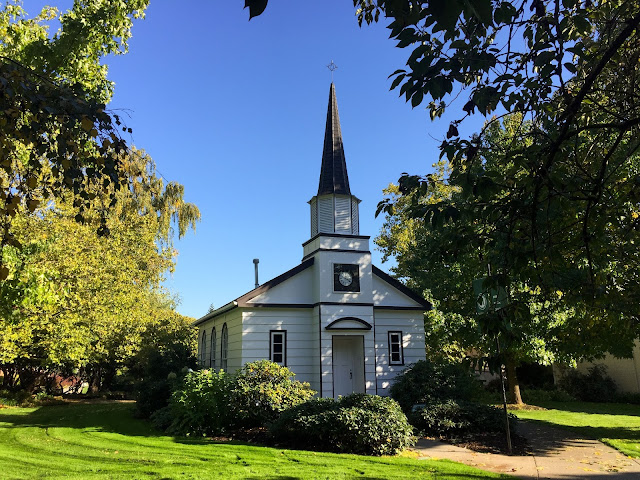 So many significant things happened on this campus over thirty years ago...like being interviewed for Malachi Ministries by David Schroeder (now my brother-in-law!) in these practice rooms! My whole life changed as a result of that day! 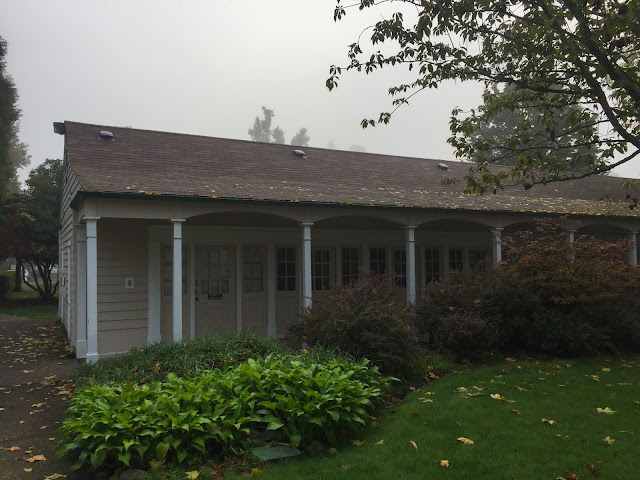 It's the first time we've been back on campus, while students have been there, since we both graduated many years ago. What a privilege for Dave to speak in chapel and challenge students to live for Christ and give their lives to serving him. 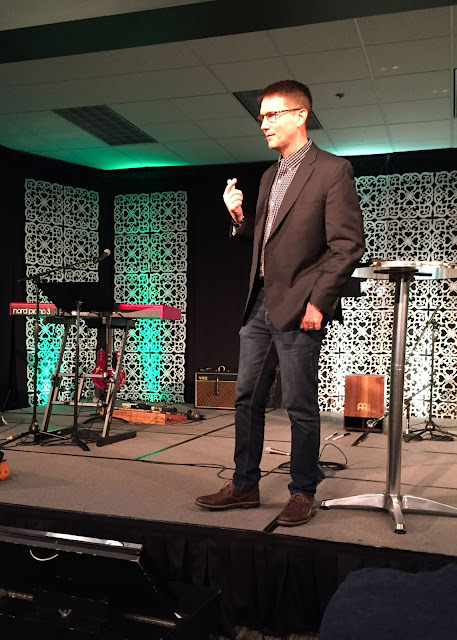 Not only did we have good talks with some students throughout the day, but so many dear friends and family came to see us, such as our friends the Fleishmann's, the pastor and his wife who were at my home church when I came back to attend Multnomah for grad school in 1984. 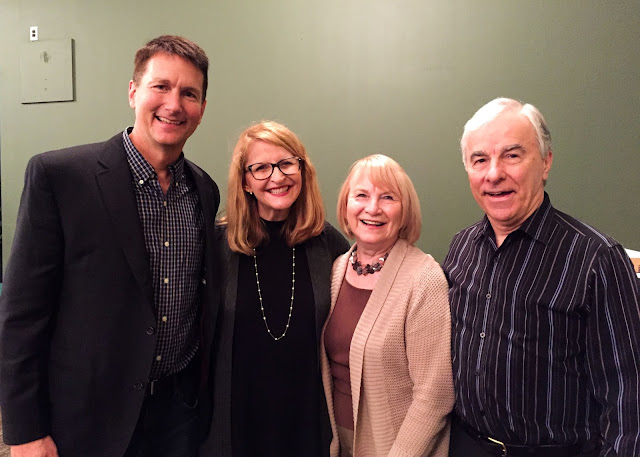 And Angie, who Dave led to Christ in Germany during our first years of marriage and ministry with Malachi! 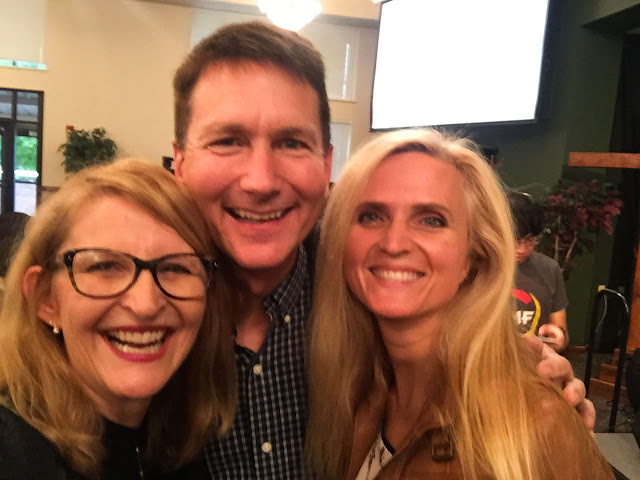 Parents of Johnny Stevens who serves with JV in Slovenia, came to see us too! 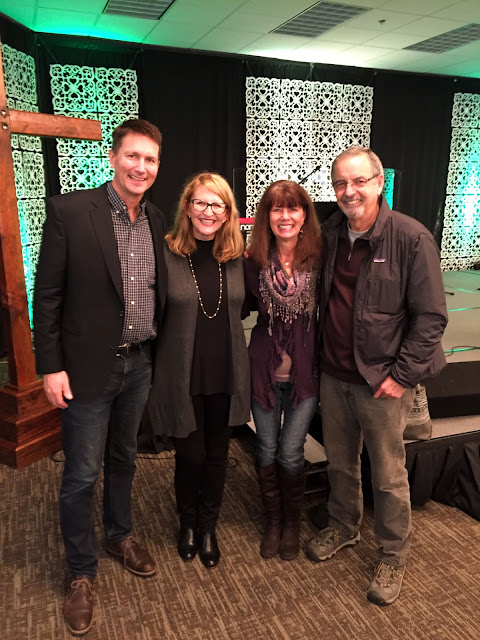 And it was a delight to have Dave's sister there as well. She serves on the board of Multnomah and had been in the area for their board meetings just a few days prior. I'm so glad she stayed and could be there for chapel! 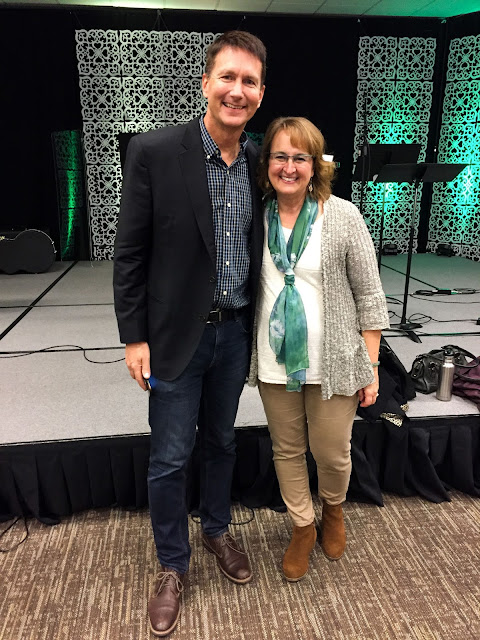 She brought Sheri, who grew up down the street from the Patty's in Englewood, Colorado, and who then also attended Multnomah. 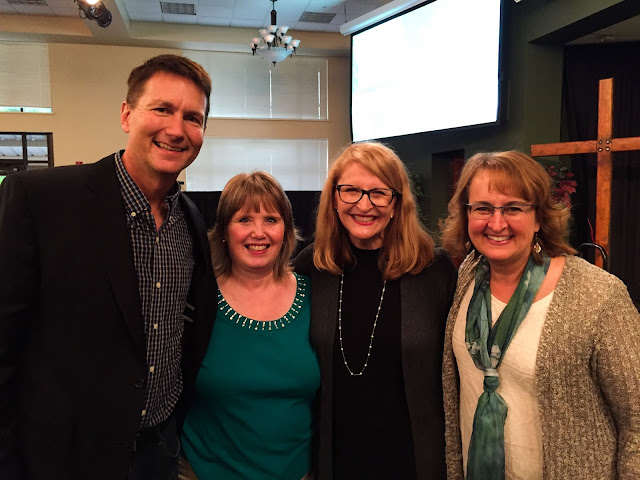 A surprise and special treat was to see Norm and Muriel Cook, who were on staff at Multnomah in the mission's department during our years there. Muriel discipled me, as she did hundreds of other girls over many years. And she still has an office on campus, counseling and mentoring young women. These people are some of my heroes of faith, and who I want to be like when I'm their age! 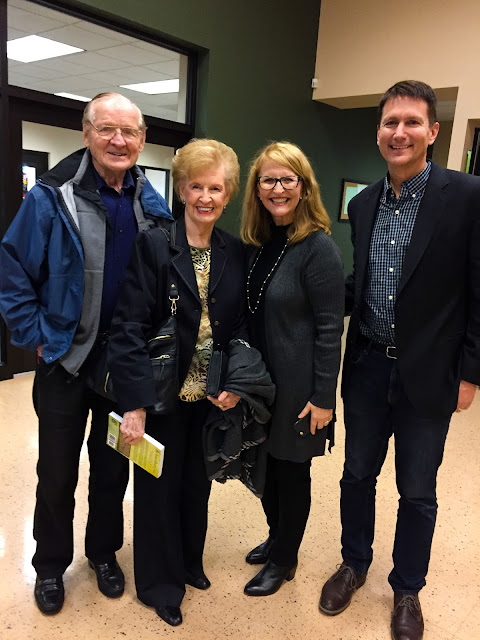 The biggest treat was having my mom and dad come up from Eugene to be with us for the day! 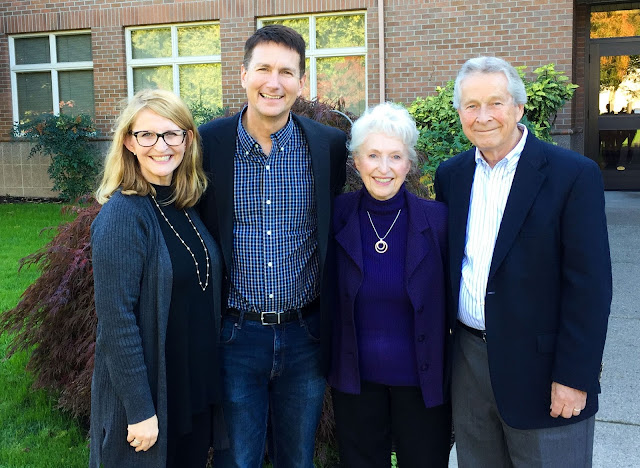 They brought their pastor and wife as well, so we had a blessed time together with all of them. 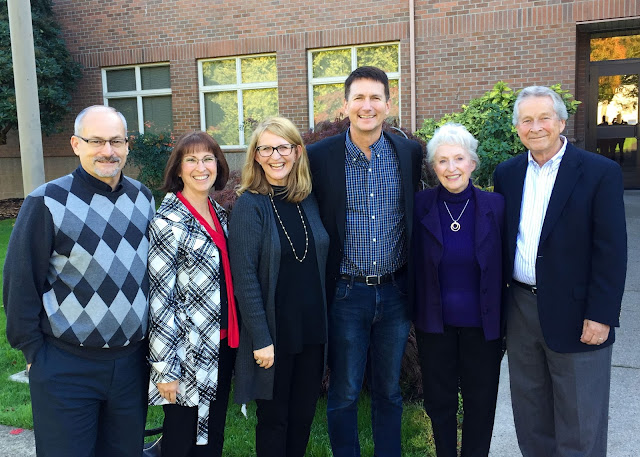 My parents are some of our greatest encouragers and championers (is that word?!). They have always been our cheerleaders and supporters, believing in the work God called us to even though it was a sacrifice to them. 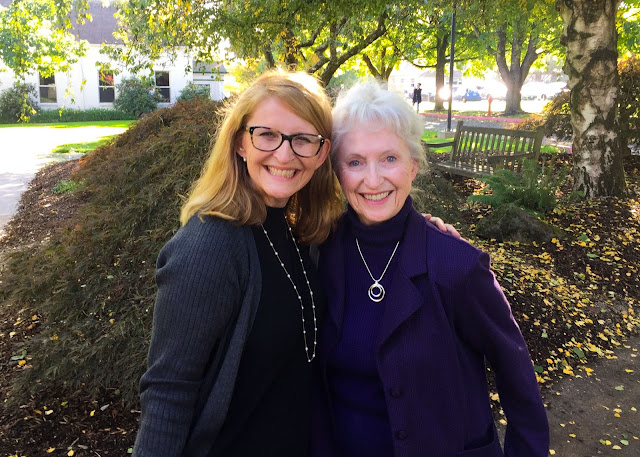 Having them drive up to see us for just a few hours today was yet another way of them affirming that they love and support us, and will take every opportunity to see us when they can! 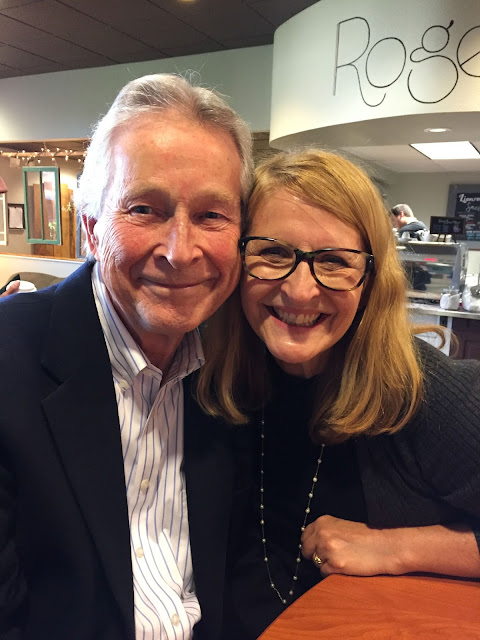