On Campus at CCU

Dave and I arrived bright and early this morning onto the campus of Colorado Christian University! 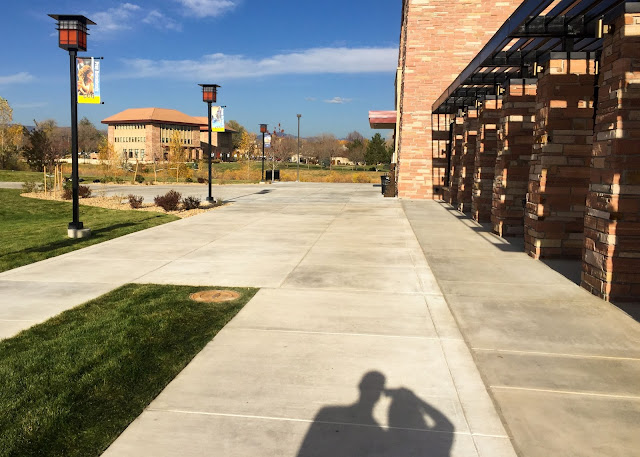 While various ones of our team have been at 25 campuses in October, doing recruitment for JV summer interns, this was Dave's and my third and final campus to be on. We loved meeting up with different teammates, like Lina Miller who serves with her husband in Germany. 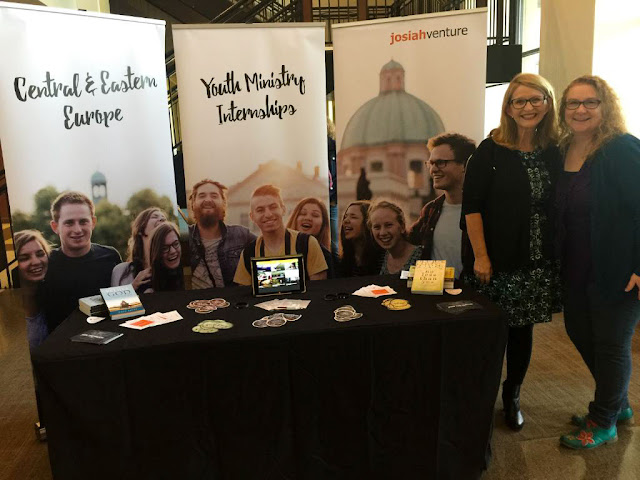 We gathered for prayer with the worship team before chapel, praying together for some of their needs as well as for Dave as he prepared to speak. 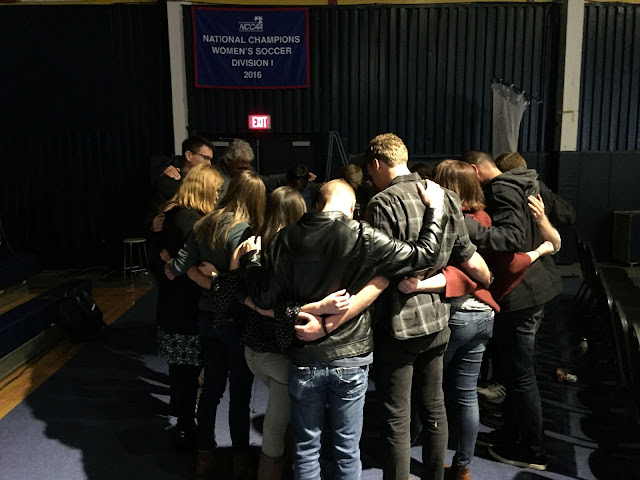 For the past month I've had one song in my head every day: "Spirit Move". It's been my anthem, my prayer for God's movement across our region of Central and Eastern Europe, as well as for spiritual movement in the lives of dear ones that we've been seeing along the way during this trip.

How fitting that it would be one of the songs this morning during our last chapel while we're in the States! 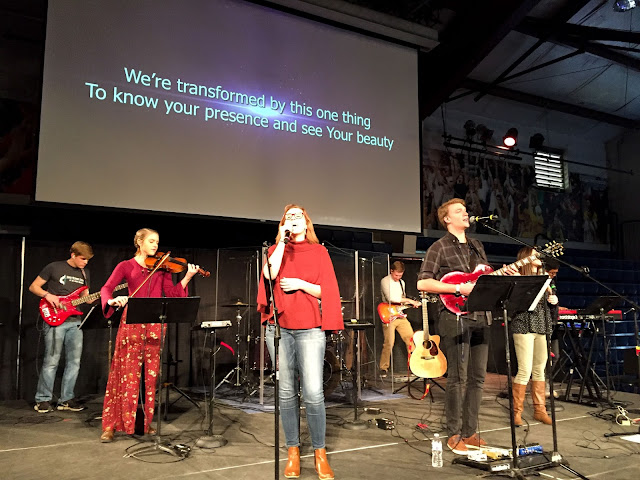 A long time friend of ours who used to be on faculty at Multnomah, but who is now on staff here at CCU, introduced Dave before he came up to speak. 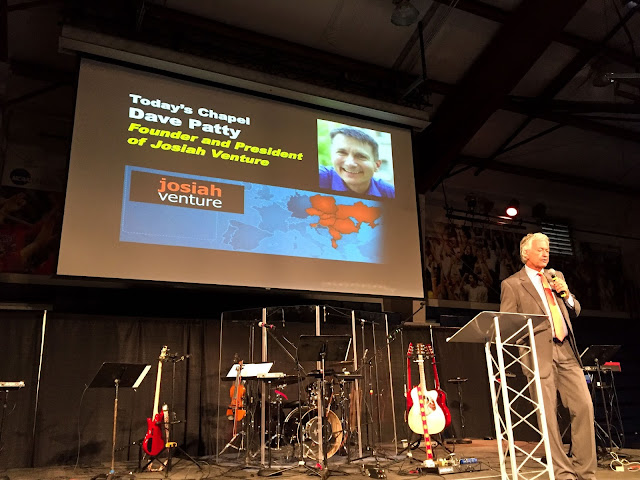 He spoke on how to know God's will - a timely message for these college students as they try to sort that out! 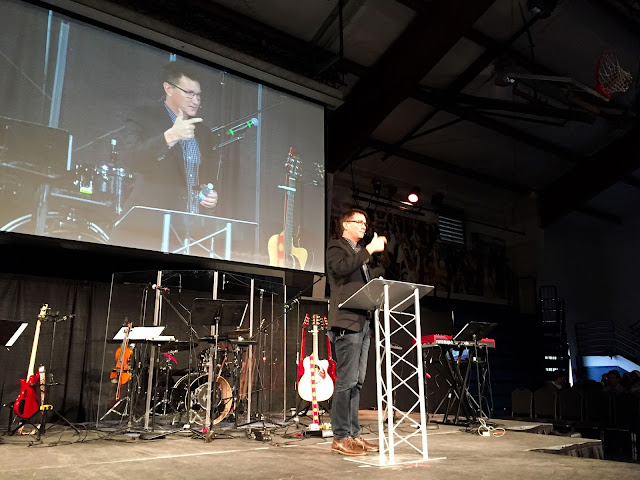 While he spoke I got to sit with some very special family members! 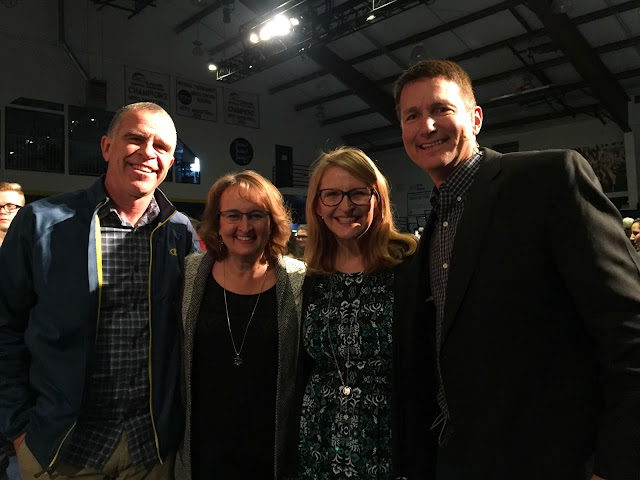 David and Joyce Schroeder, Dave's sister and husband, came to be there with us!

David serves as president of Cadence International, located here in the Denver area, the ministry to military that Dave's dad was part of founding, and that we served in prior to Josiah Venture. How we love the fact that we're in the same business of bringing the Gospel to those who need it!

After lunch with students, Dave and I dropped by the office of CCU's president to say hi. 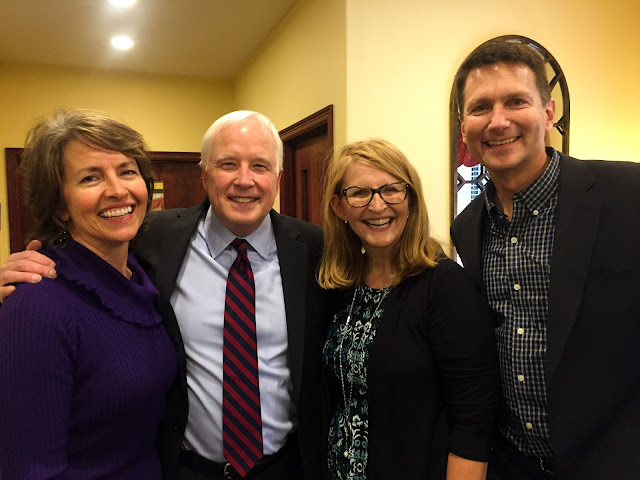 The funny thing about this is that the night before, just as I was going to bed at midnight, one of our JV missionaries in Czech texted me to say that Christina wondered if I'd be on campus the next day. I told her that we would, and gave my phone number so she could pass it on to Christina.

Christina and I texted the next morning, making a plan to see each other later in the day. She wrote "I'll be at the President's office preparing for a meeting so you can stop by when it's convenient".

Here's the funny part...I didn't know her husband was the President of CCU!

I met her a few years ago when she came out to see my JV missionary friend, but somehow had missed hearing that they had relocated from Orlando to Denver to take this position a year ago!

We had a good laugh about that over coffee later on!! 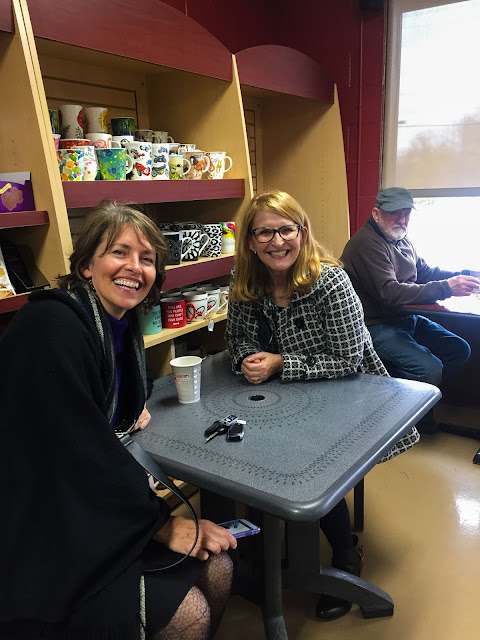 Our JV team had a great day on the campus, and we know of several students who are planning to apply for a summer internship in 2018. Our prayer is that we'll have 150 interns to serve in 14 countries. Knowing that they're coming from such great schools like CCU, they will no doubt have great impact for the Lord on the youth of Central and Eastern Europe!
Posted by Living By Lysa at 10:00 PM