Walking with my Brother

For fifty five years I've been walking through life with my brother. But we've never taken this kind of walk with each other! 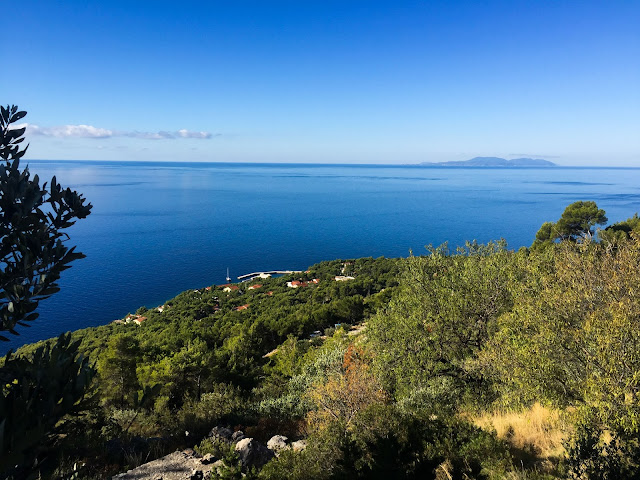 Here in Sveta Nedjela on our first-ever vacation together, we took a walk up through the vineyards this morning. 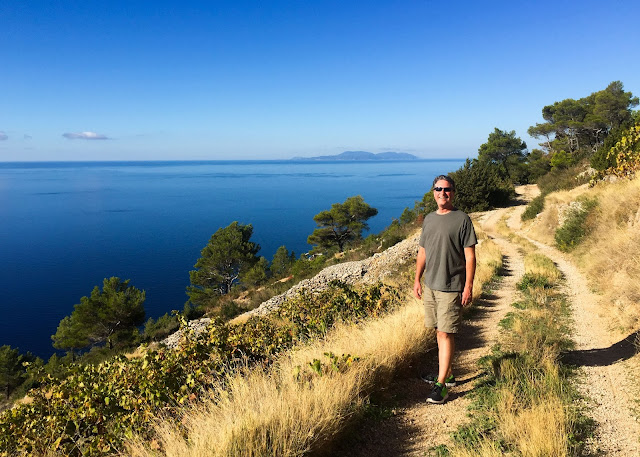 By the way, that island in the distance is Vis which happens to be where filming just finished for the new "Mamma Mia" movie which will premier next summer. In the movie they'll say it's Greece, but now you'll know that it's really Croatia!

The vineyards have all been picked of their grapes, and are now just waiting for their annual trim which will happen in December-January. For now, their foliage is beautiful to look at against the backdrop of the sky, mountains and sea. 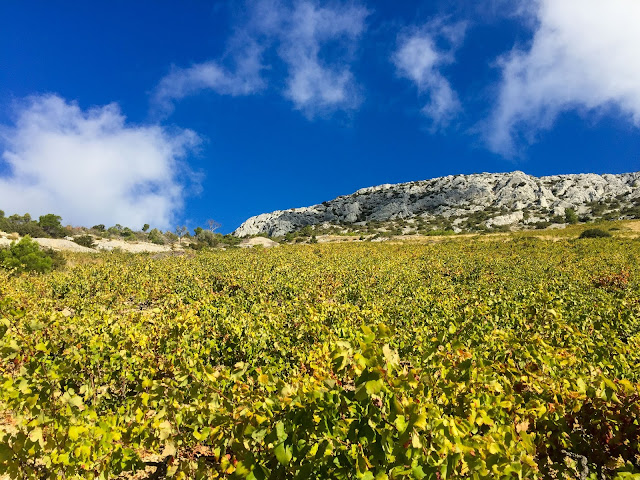 Walking along the tiny road used for reaching these remote vineyards, we actually found a few stray grapes that had been left on the vine. 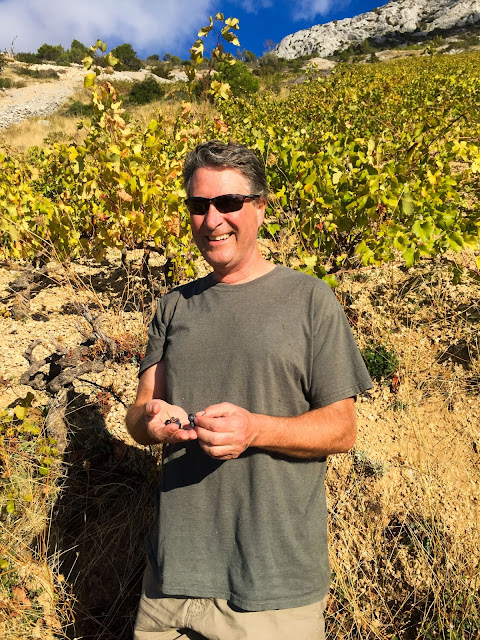 There weren't many left, but the few that were tasted amazing!!! 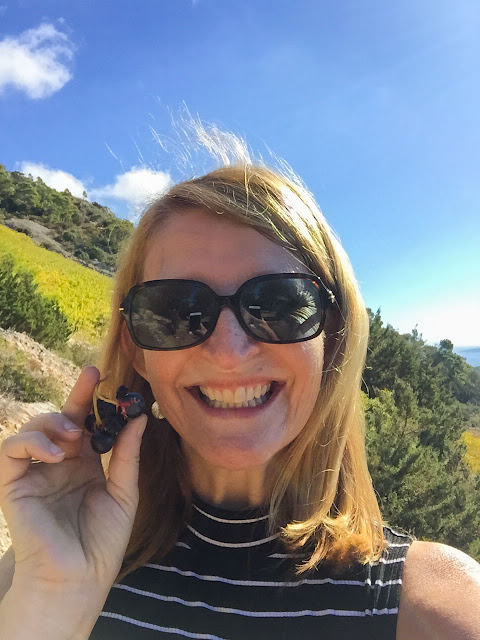 These vineyards supply Zlatan Otok, the award-winning winemaker from the village of Sveta Nedjelja. It was a hard year for the grapes so there won't be as much wine produced this year. I heard that in a normal year they harvest four ton of grapes, but this year it was only two ton. If you ever see a bottle of 2017 Zlatan Otok, it will be a valuable one (though may be expensive!).

The work it takes to care for the vineyards, going up and down these steep roads and hillsides, sure makes you appreciate what goes into a bottle of wine. 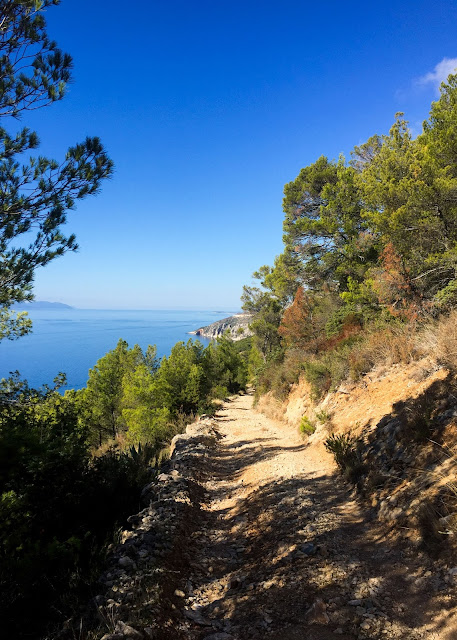 Coming back down through the village, we noted some of the signs of what else happens here...lots of fishing! At night from the balcony, you can see the lights of the fisherman's boats bobbing out in the sea. I counted nine boats last night alone. Fishing is definitely part of life here. I wonder where those fish end up?? 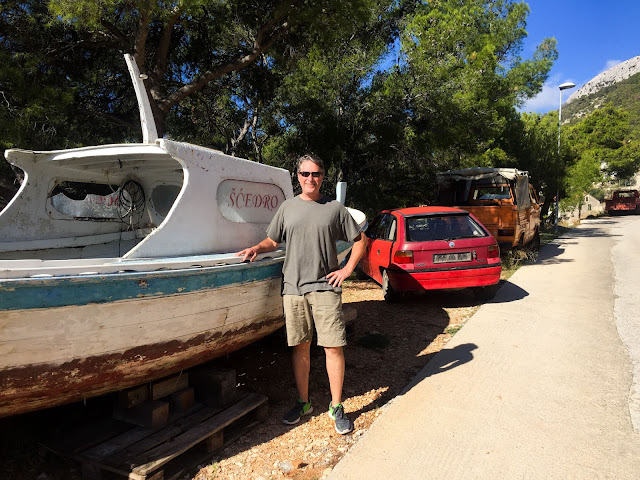 Mike is about ready to head back home, via Istanbul (since he was there for a conference, that's where his flight home begins in a couple of days). I'm glad he could take a rest in the hammock before he's off to some days of travel in order to return to Oregon. 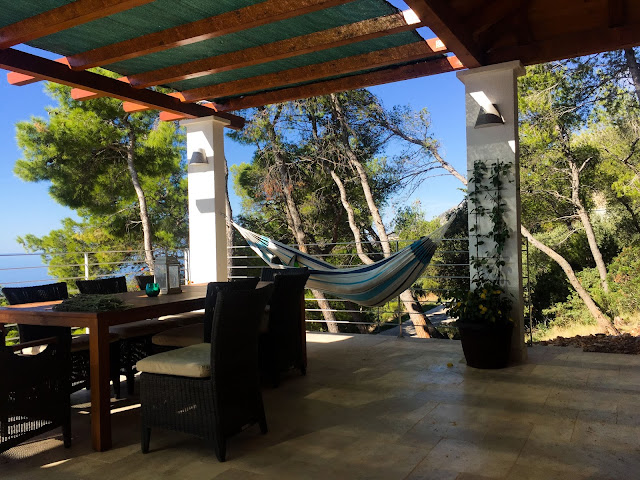 Before saying goodbye, we took a few pictures to remember our time together. 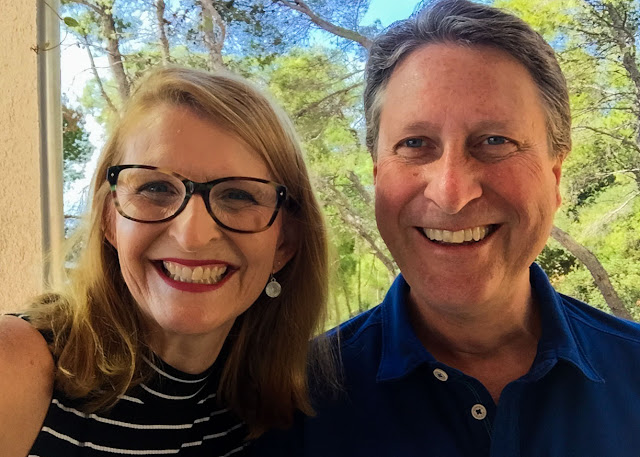 We're now off to one last little adventure before we say good-bye!
Posted by Living By Lysa at 1:30 PM