Meeting Up in Split

Usually when I'm on a plane I'm either flying to the States or flying home from the States. But today is different. 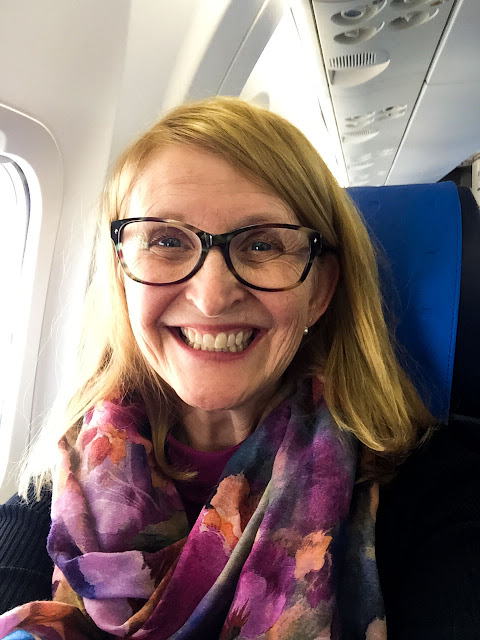 While I'm packed for being away from home for a month, I'm not headed to the States yet.

Instead I landed here, in Split, Croatia. 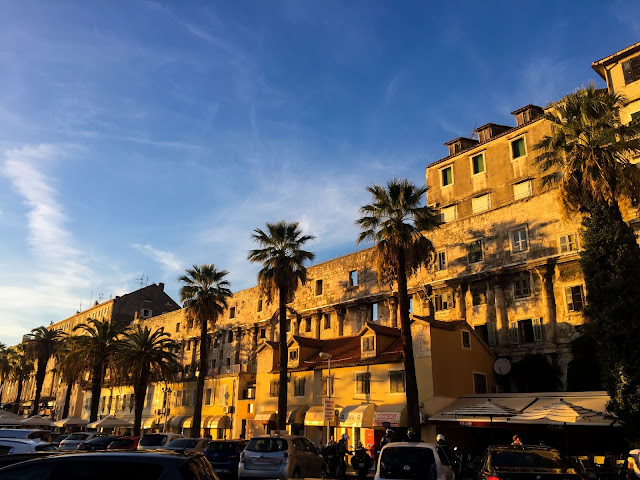 And immediately I began to search for someone. 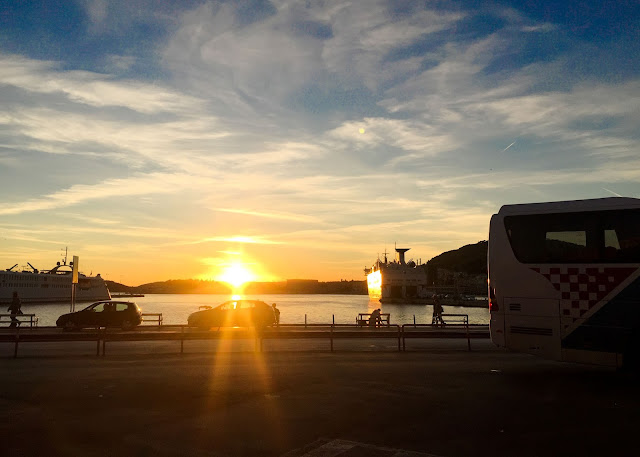 A certain someone and I had made arrangements to meet at the dock by the ferry at 6 PM today. And eventually, we found each other! 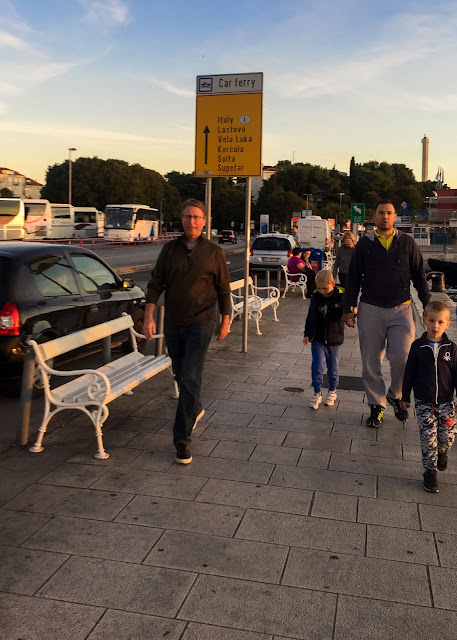 This is my brother, Mike, who is here all the way from Oregon...via Istanbul! 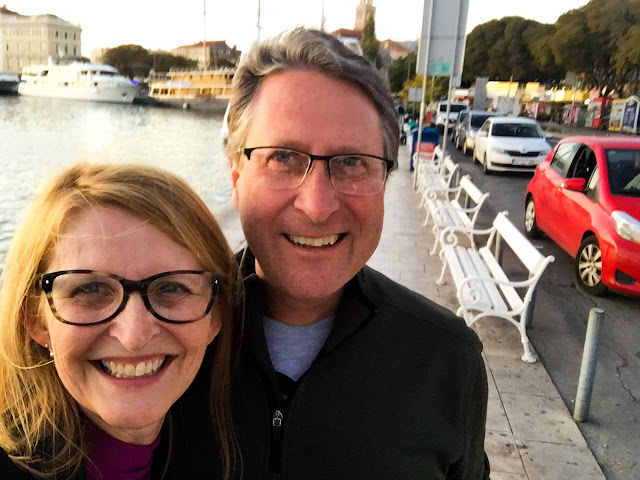 He works for Glory Bee in Eugene, Oregon, but was in Istanbul this past week for the World Beekeeping Supply and Honey Producer's conference that was held there.

So...since he was in Istanbul already, why not "pop over" to Croatia to see his sister?! I'm so glad he did! 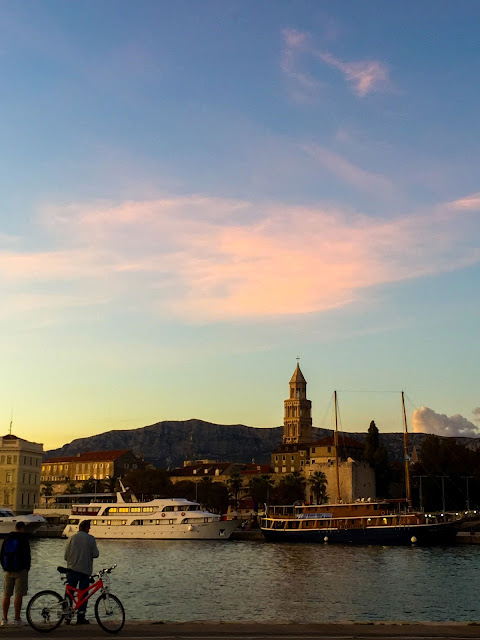 We had a couple hours before the ferry left Split, so wandered downtown to get dinner. 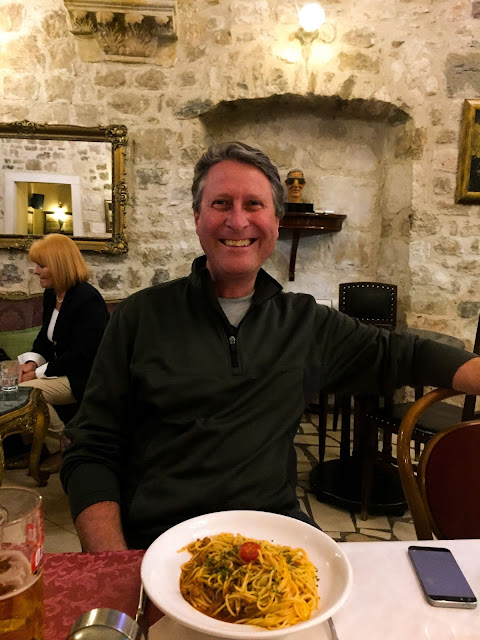 Then enjoyed the nighttime beauty of the city. 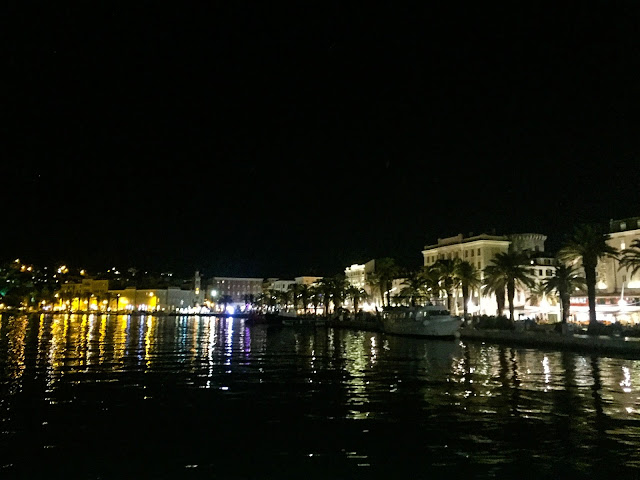 I kind of had to pinch myself that my brother was really here with me! It's his first time in Croatia. 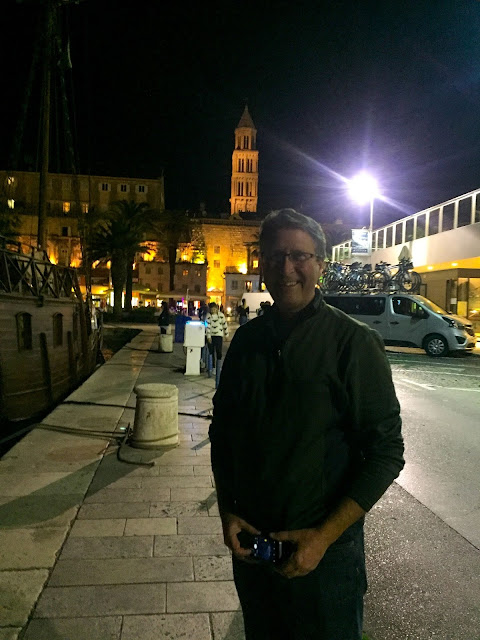 Eventually we caught the ferry from Split to Hvar, settling in for the two hour ride. 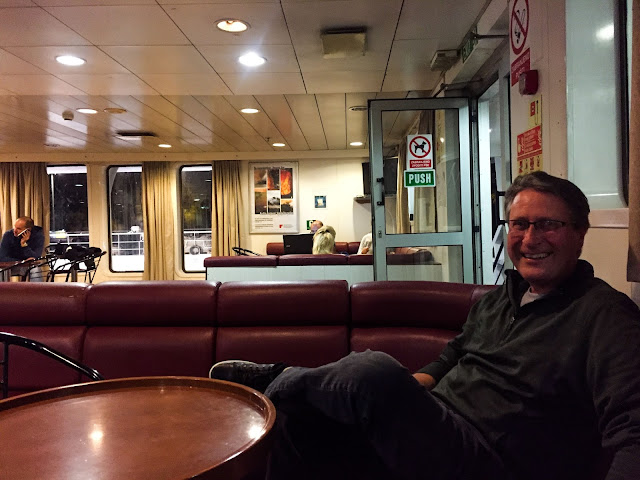 I've got lots of adventures planned for the next couple of days while we're together on my beloved island of Hvar!
Posted by Living By Lysa at 11:30 PM