After adding an extra twelve hours to our trip yesterday, because of a forgotten backpack at home that had Dave's passport in it, we made it to the ferry in Split with 54 minutes to spare this morning! 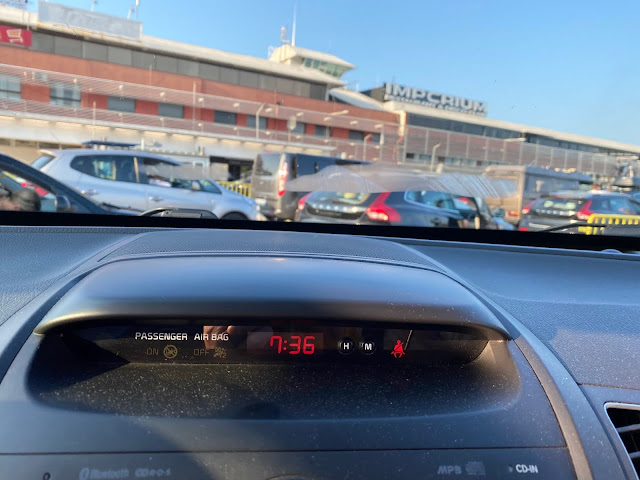 Dave ran over to get our ferry tickets, and before he even came back, they started loading. So we were not a minute too soon...or too late! 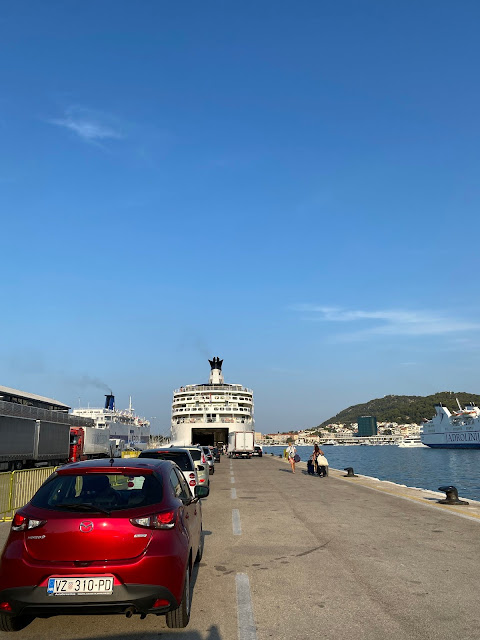 WHEW! We breathed a huge sigh of relief as we found spots on the ferry, where it's required to wear masks now. 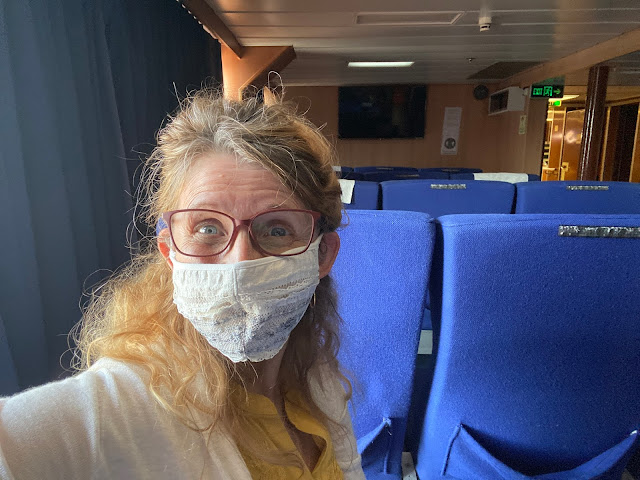 The dinner Claire packed for us last night, when we met up with her to get Dave's backpack, was breakfast too! So thankful for her thoughtfulness. 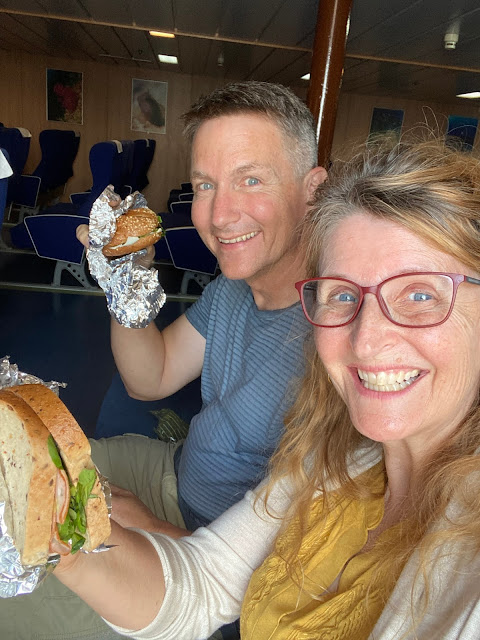 The reason we were on a time schedule to make this ferry was because of meeting up with Josh and Kristi, Dave's brother and wife.


They have been out on our boat for vacation this past week, and we were meeting up with them to make the swap! They came across from Lastovo to Sveta Nedjelja, where they moored the boat so that we could then take it out.

Thinking we had plenty of time, Kristi and I were let off in Stari Grad for lunch, while Dave and Josh went down to the other end of the island, to the marina where they'd put the boat in, and where their car was. The plan was for the guys to pick it up and come back to have lunch with us.

Unfortunately for them, that didn't quite work out. 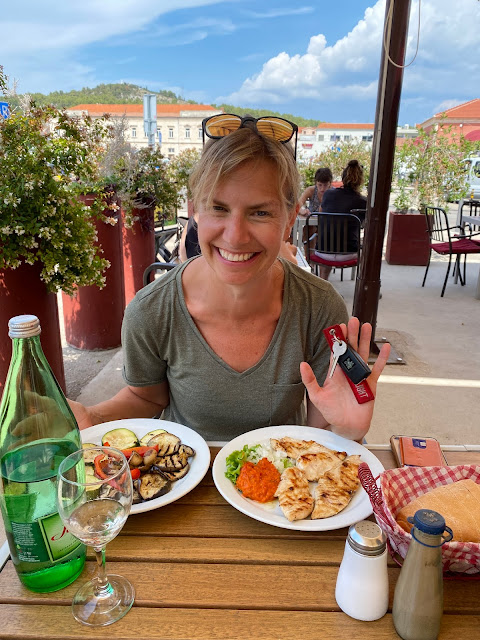 Kristi had the keys in her purse so they had to drive back to get them, and then drive back to the marina, which is 30 minutes away -- two hours altogether of driving!

They made it back just in time to pick us up, and then rush to the ferry, where they were almost the last ones on at 2:29, with the ferry leaving at 2:30! 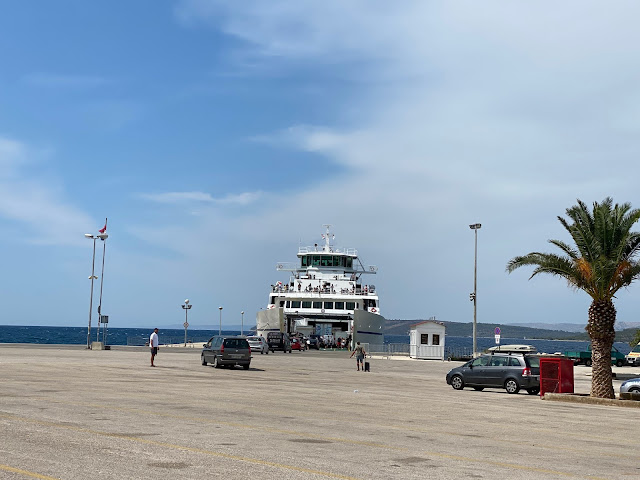 There was some serious "Adjustment Bureau" (see my post from yesterday about what I mean) work going on during those hours before they made it on to the ferry! So glad they did as the next one didn't leave for three hours.

Dave dropped me off at the marina back down in Sveta Nedjelja while he took our car up into the village to park it while we'll be gone. 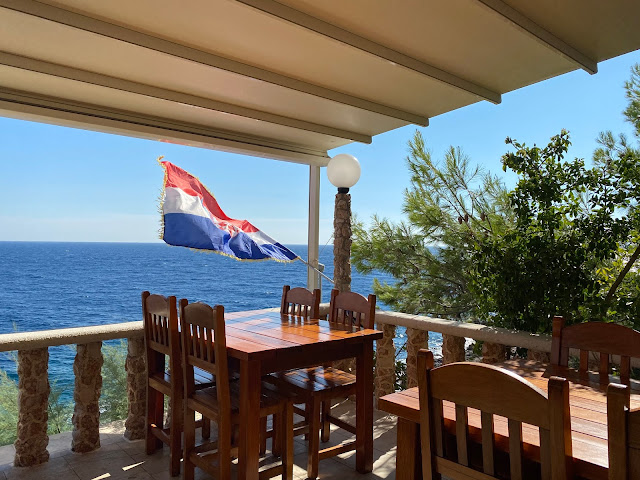 I came down to our favorite restaurant and felt like I was able to take the first full breath of the day. We'd made it! 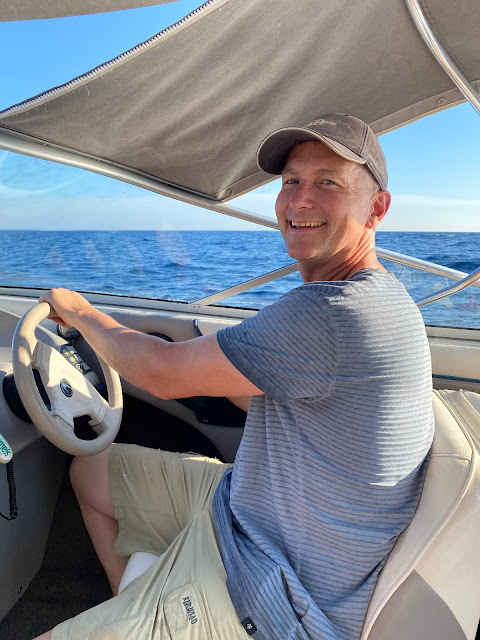 Because of wind, we just went across to the little island of Šćedro that's across from Hvar, to moor for the night. 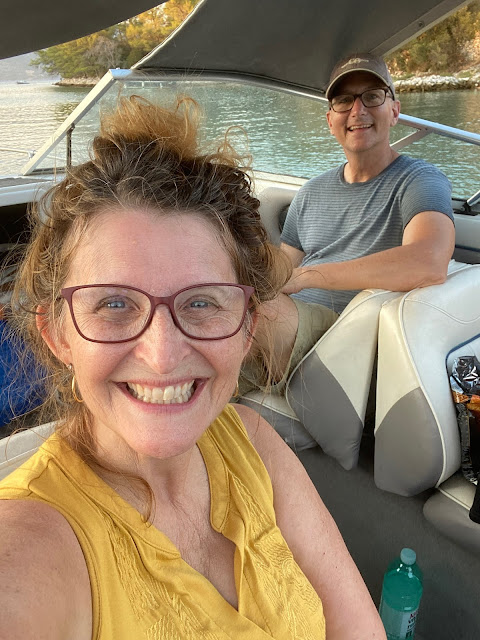 Tomorrow we'll finally be able to head out to Lastovo!
Posted by Living By Lysa at 10:30 PM