We woke up to a perfectly still morning in the cove where we sleep at night off the island of Lastovo, here in Croatia. 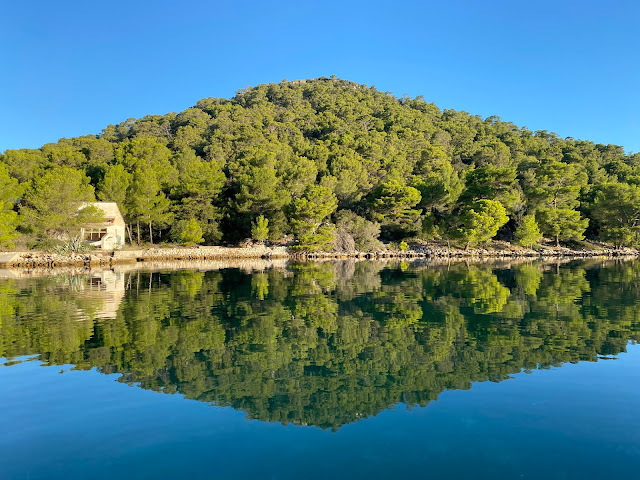 Other boats moor in here too, but some left yesterday because a storm is headed this way and they wanted to make sure they made it out safely. It's hard to imagine it could be anything different than this idyllic, calm; but we've weathered a couple storms here in the past so we know what it can be like! 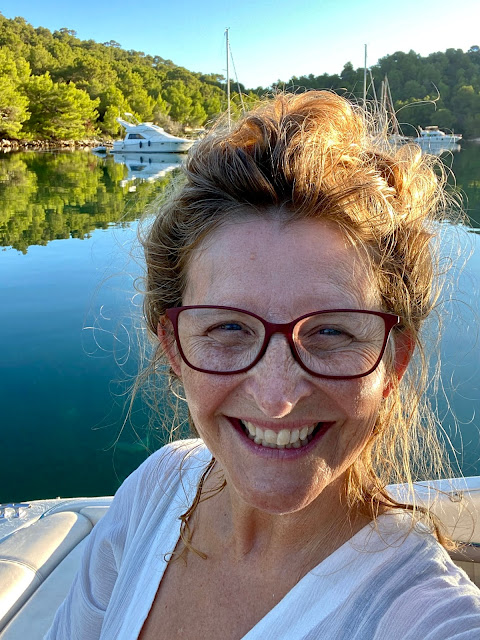 We had already planned to leave today, and took off early so we could make it across the open sea to Hvar before the wind picked up too much. 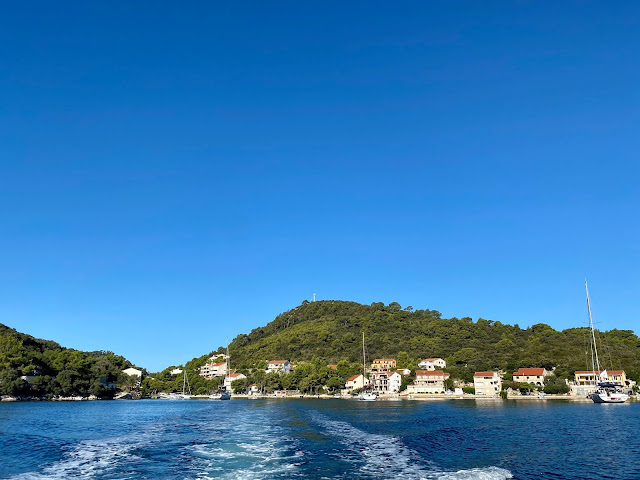 However, when we reached the open sea, the waves were already pretty big. We thought it might just be night wind settling down, before the storm came in, so went into a cove and waited for an hour. But when it became clear that the wind wasn't dying down, we had to just go for it.

When the skies are blue and the sun is shining, it's hard to imagine big waves, but they were there!

I turned on a playlist of happy songs, and literally sang for two hours as we bumped our way across to Hvar. It was good to reach the marina in Sveta Nedjelja! 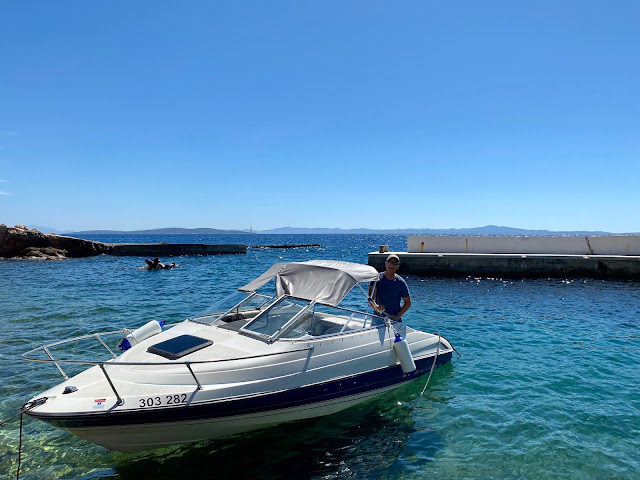 We had to unload everything out of the boat, and get it ready to ride out the storm which is supposed to bring rain and wind. 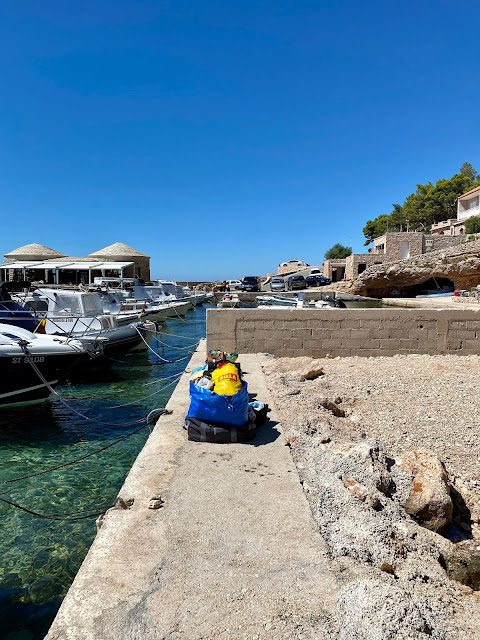 Though it doesn't look like a storm is coming, better to believe the weather forecast and be safe rather than sorry! 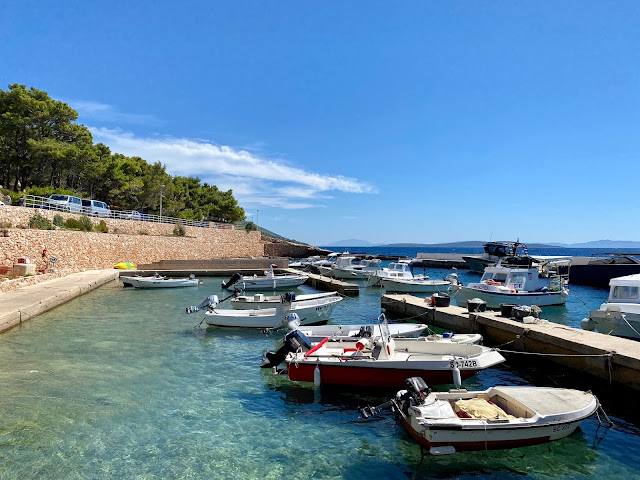 Some pretty cool people were already waiting for us at our house when we got there. 😉 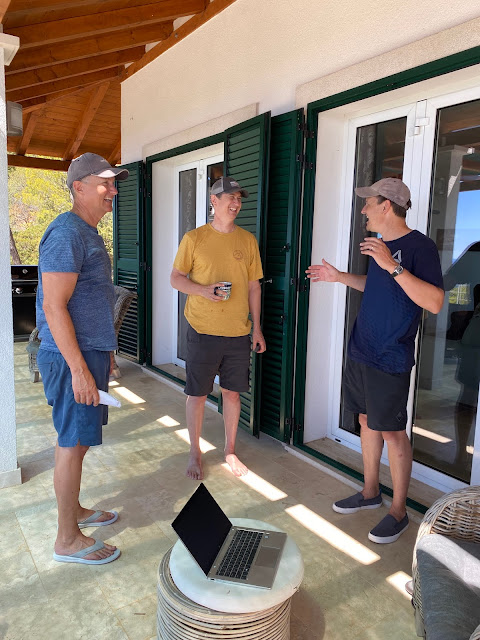 Those are Dave's two brothers, Steve and Josh! They've already been here for a few days, as Steve arrived from the States on Saturday, and Josh drove down from Slovenia to pick him up. We get to be here at the house with them for the next week! 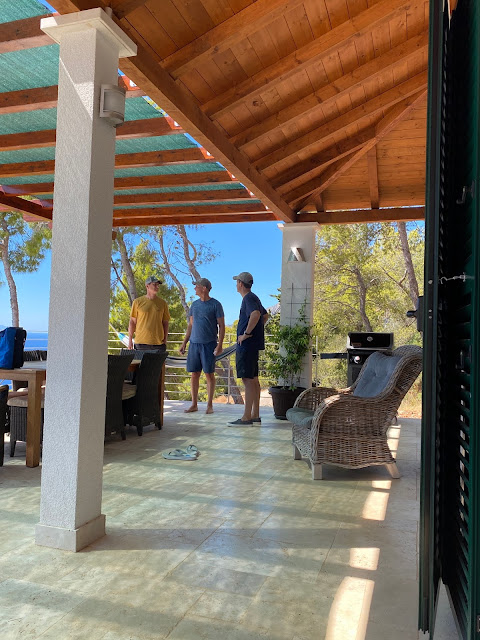 Steve has never been here so it will be fun to share with him this place we love so much!
Posted by Living By Lysa at 11:00 PM