Sure enough, the storm that's been brewing finally let loose this evening here on Hvar. 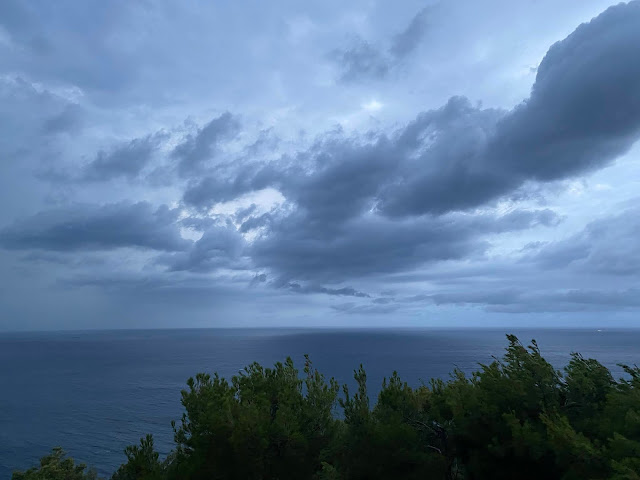 All day the sky has been dark, with almost no sun, though it's still warm. 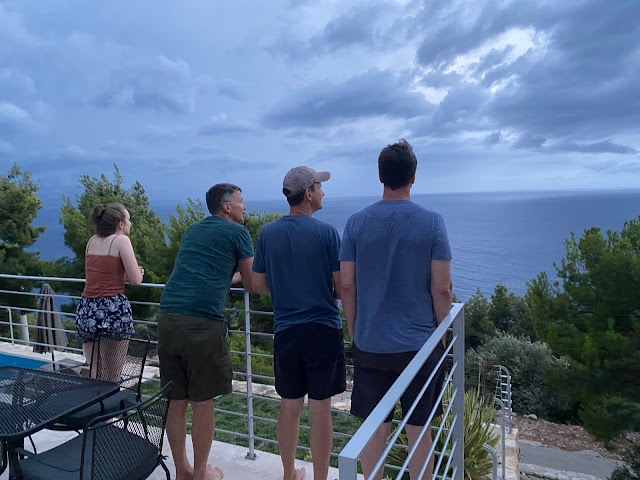 But you can tell, and see, that rain is somewhere out there, and probably headed our way! 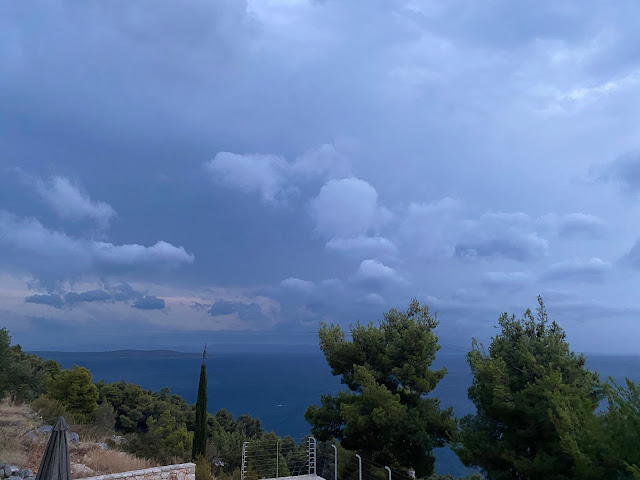 By 8:30, the storm had arrived, complete with a lightening show. I don't know how my phone camera managed to capture this, but it was spectacular! 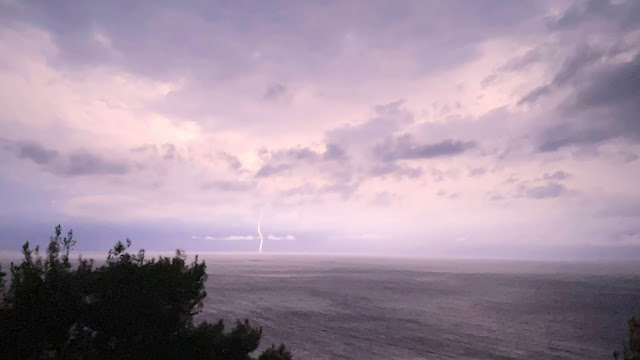 And a little later on, I captured this lightening strike somewhere out on the sea. 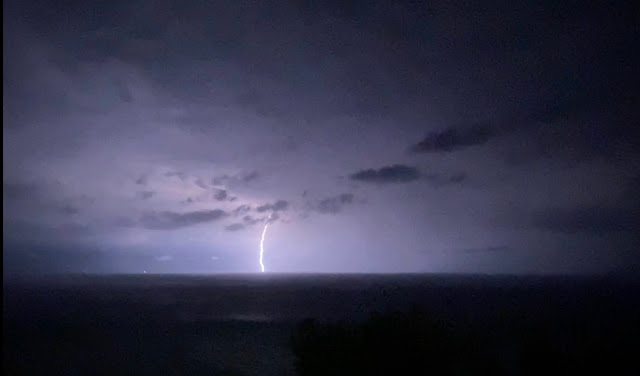 Soon after, the rain come gushing down, as the thunder and lightening increased, and our electricity went off and on a few times. We're supposed to get some high winds tonight too.

Glad we're tucked in here in the house, safe from what's going on outside!
Posted by Living By Lysa at 10:30 PM