Dave's brothers are here on Hvar, and we're spending the week with them enjoying being family and just hanging out.

But you can't be on Hvar and not see a few sights! So this afternoon we headed over to the other side of the island, to the town of Stari Grad to show Steve around, who has never been here.


It was so fun just wandering the streets, and showing him favorite places where we like to walk when we're here. 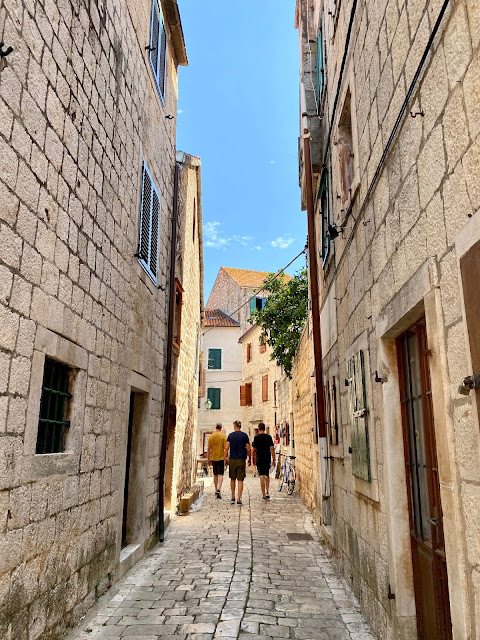 As wandered, I know Steve, Claire and I were keeping our eyes out for scenes that we might like to paint in the future, now that Claire and I are hooked on Steve's hobby of oil painting! 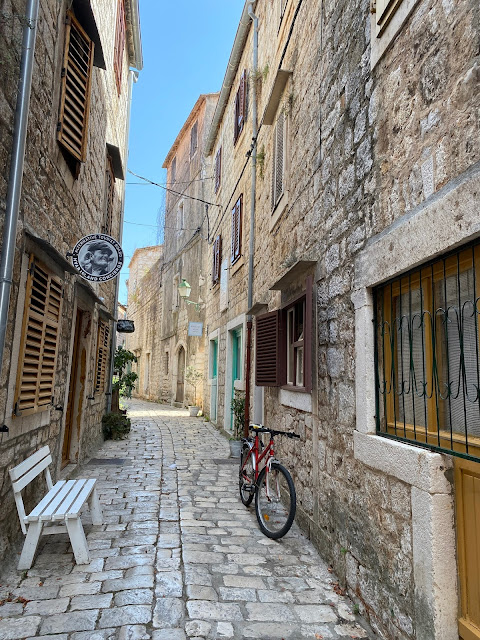 It would be hard to choose which scene to paint. 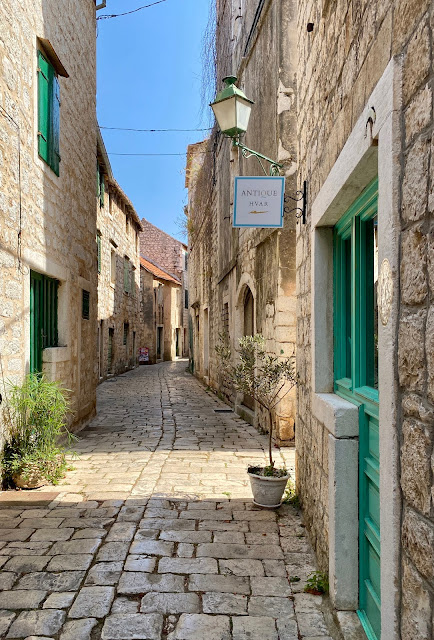 Stari Grad was inhabited over 2400 years ago, making it one of Europe's oldest towns, not to mention, charming! 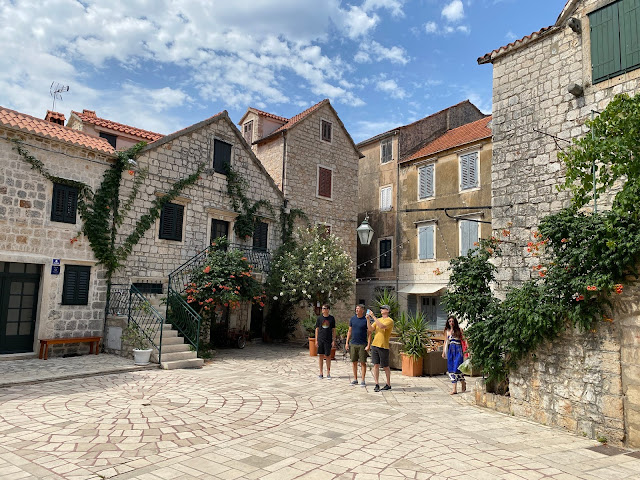 I've read that most buildings in the old town center were built in the 16th and 17th century, making it such a picturesque sight to wander around in! 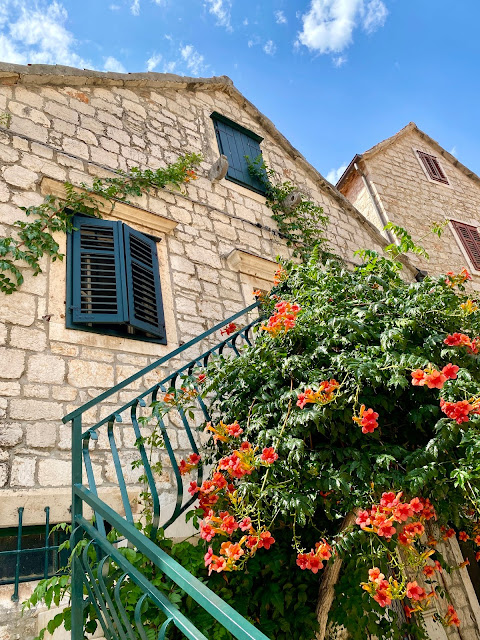 Claire and I ducked into one of our favorite stores on the island to pick up local specialities, like honey. 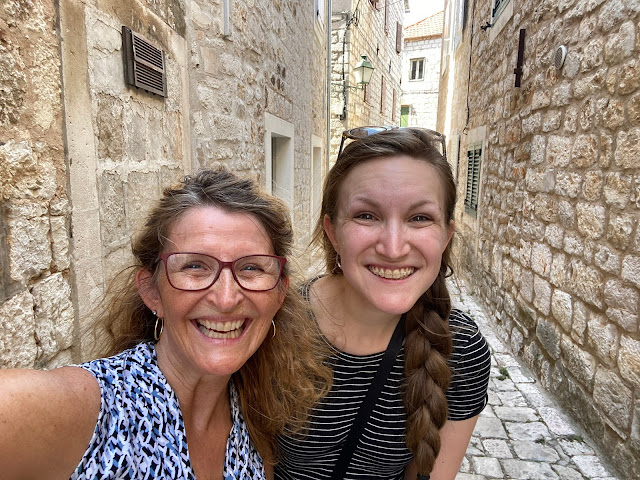 We haven't been here together for several years so it was fun to share it again with each other! 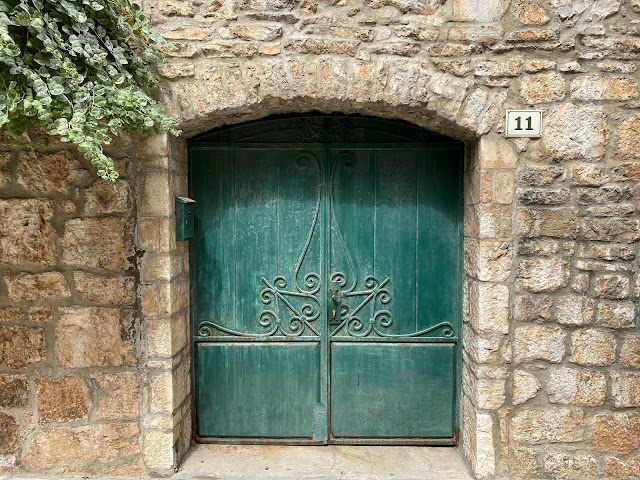 By the time we were ready to leave, the weather had finally started shifting into what the forecast has been predicting. 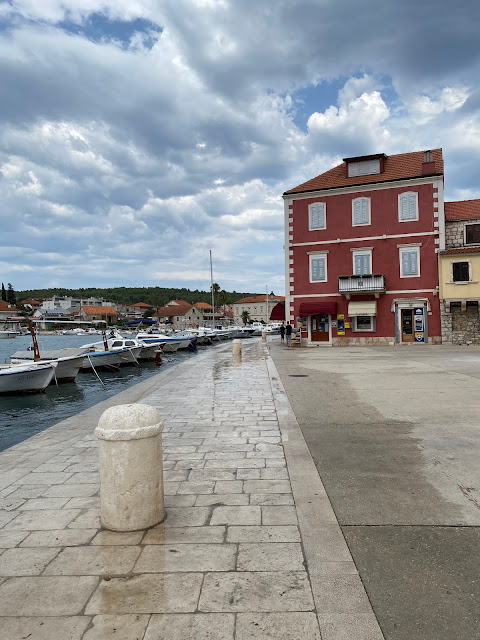 A phenomenon that occurs here when there's a shift in the weather, happened as we were walking back to our car. 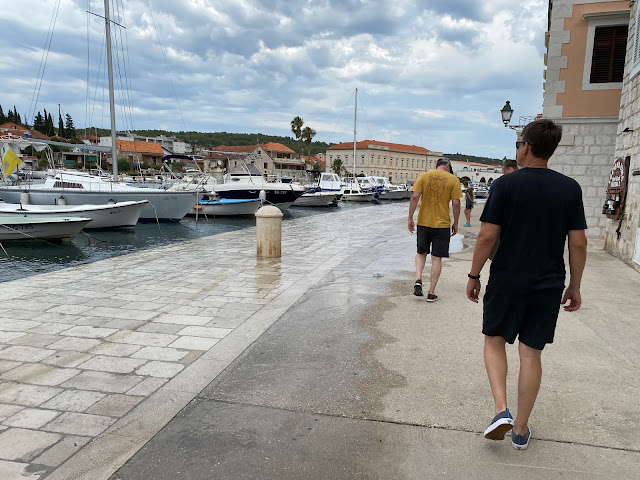 The water began overflowing from the sea, covering the sidewalks. 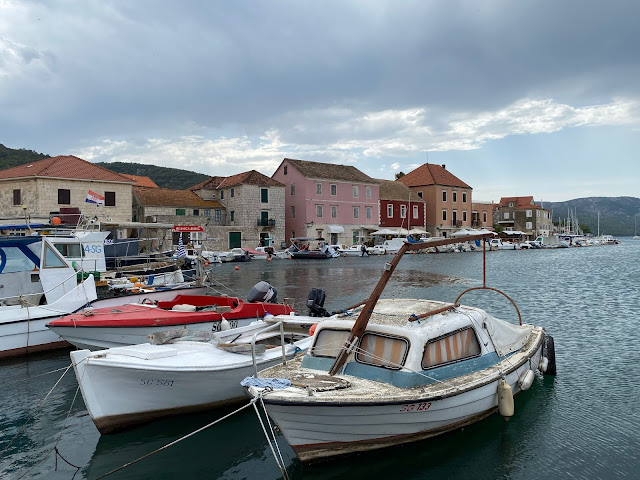 Dave and I have been here when it actually flooded farther into the town! Buildings that are in danger of flooding, have special systems where they can close off so the water doesn't come in.

It probably won't be that bad today. But a storm is definitely headed this way!
Posted by Living By Lysa at 10:30 PM