Do you know where you were nineteen years ago today? I sure know where I was!

I was waiting for a certain little boy to make his appearance. 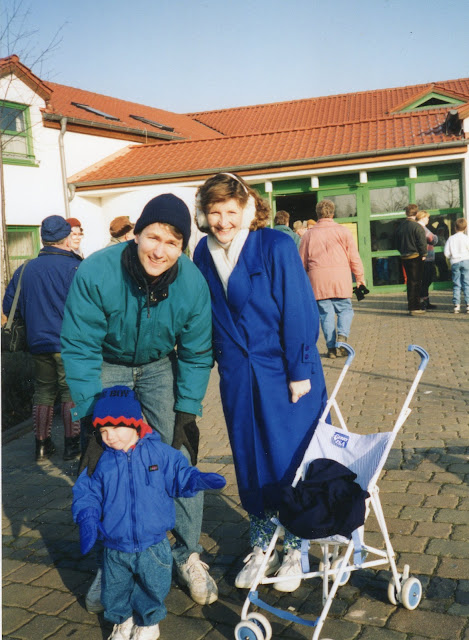 Living in Germany at the time, I'd been on bed rest for six weeks with pre-term labor. My doctor took me off the medication on December 23rd, and we fully expected that little guy to appear any day after that.

My mom left from her home in the States on Christmas Day so that she'd arrive on the 26th, hopefully in time for his birth.

Little did we know it would be almost a month later before he'd make that special appearance! 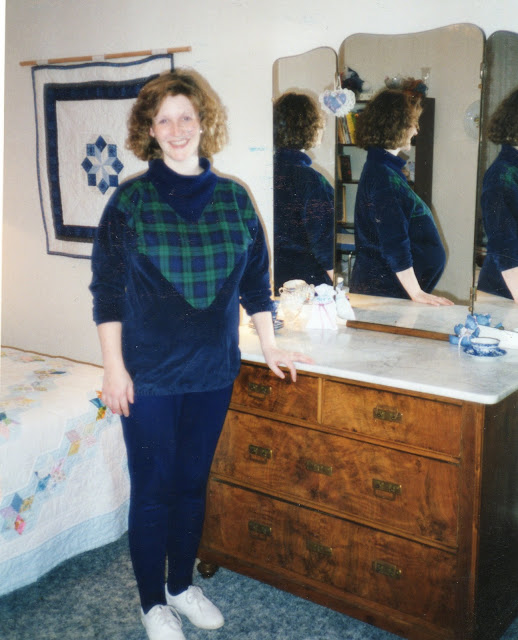 Within hours of taking this photo (and feeling nothing), I was in labor. Our precious second son, Caleb Joshua Patty, was born on January 20th at 2:11 PM in Schwetzingen, Germany. 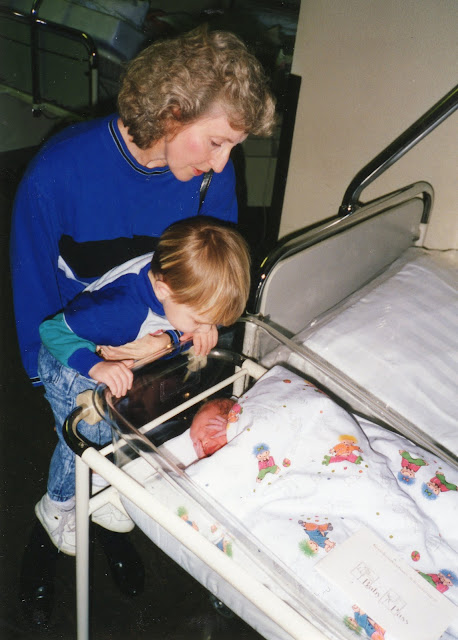 Hard to believe that little baby, pictured with my mom and Tyler, is turning 19 tomorrow!
Posted by Unknown at 10:01 PM