Maybe you already know about this...but in case you don't, it's something that I've enjoyed and want to pass on.

A number of years ago I stumbled onto a website called Future Me. 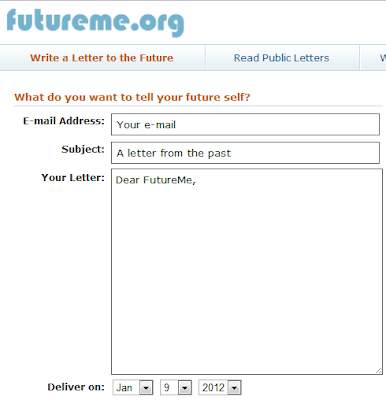 It's been written about on CNN, BBC, NPR, The Today Show, etc. Started a few years ago (some say 2002, some say 2007...don't know which it is!) by two guys, one a web designer and the other a programmer, they do it on the side - to this day it's not their full time job. But the concept is basically to send yourself a message by email that will be delivered in the future, at a date of your choosing.

I wrote my first letter in 2007...and promptly forgot that I'd done it. It completely surprised me a year later when it was delivered to my inbox.
Even just one year later, it was such a good "perspective" moment to read what I'd written - things that I was worried concerned about were no longer issues, things that I'd hoped for had either happened or weren't important anymore, prayers I'd prayed had been answered - some with a "yes", some with a "no". But, most all of the answers made sense a year later. If they didn't...it was a reminder to continue to pray, or to think about changing the prayer request.
Since then, I've written over a dozen letters to have sent to me at a later date - some have already arrived, some will arrive in just a year, and some won't come until 2015! 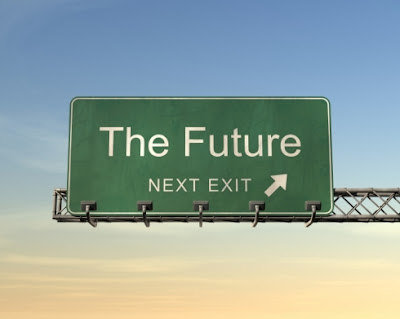 One of the main reasons I like it is for perspective. But there are a lot of other reasons you might come up with to send yourself a message into the future. If you want to do it, click HERE. And have fun hearing from yourself in the future!
Posted by Unknown at 4:06 PM