I first learned about Polish Pottery while we were still living in Germany back in the early '90's. 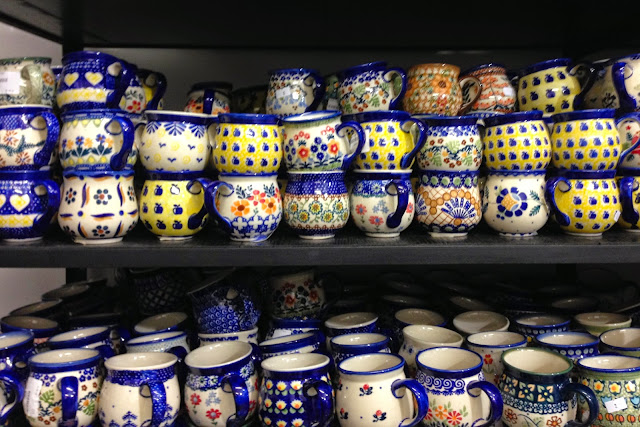 Vendors came from Poland to the Christmas markets on American military bases to sell it. It wasn't nearly as colorful as those in the photo above, and looked more like this back then. 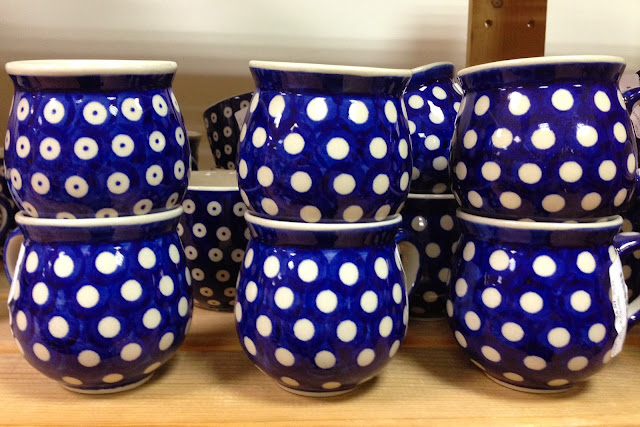 At the time I didn't understand what was so special about it.

But then we moved to Czech and it wasn't long before I understood how unique it is. And started to collect it.

Created from white clay that is found only in the Bolesławiec region of Poland, it's fired in coal and gas ovens at temperatures in excess of 2200 degrees Fahrenheit!

With a glaze that is lead and cadmium free, Polish pottery is known for how versatile it is: dishwasher, microwave, freezer and oven...no problem! 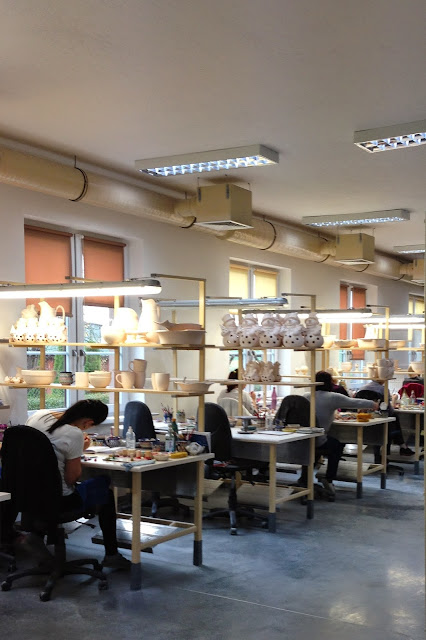 It's hand-painted (using brushes and sponges) in factories in the city of Bolesławiec, and sold in stores throughout the city, as well as exported to places around the world. 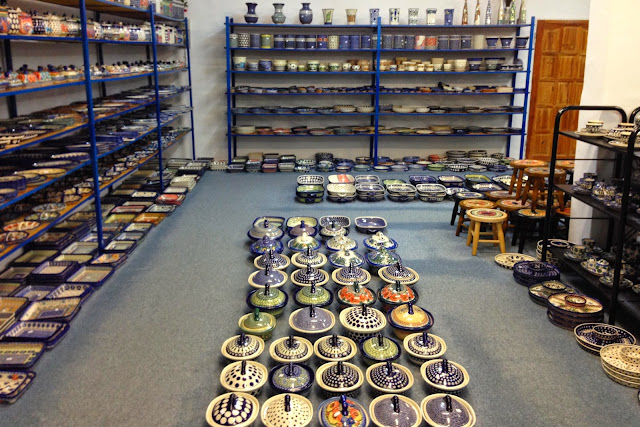 While the trip used to take nearly 6 hours from my house, it's now down to just 3 1/2 thanks to new highways both in Czech and in Poland.

Yes, I am truly thankful to be near such beauty and creativity. 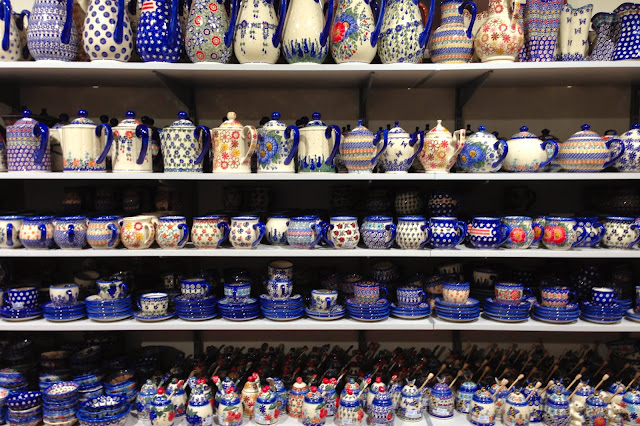 My dear friend and JV teammate, Amy, is getting ready to leave on sabbatical with her husband in just a few short weeks. She needed gifts to take back to the States and I was only too happy to drive her there. 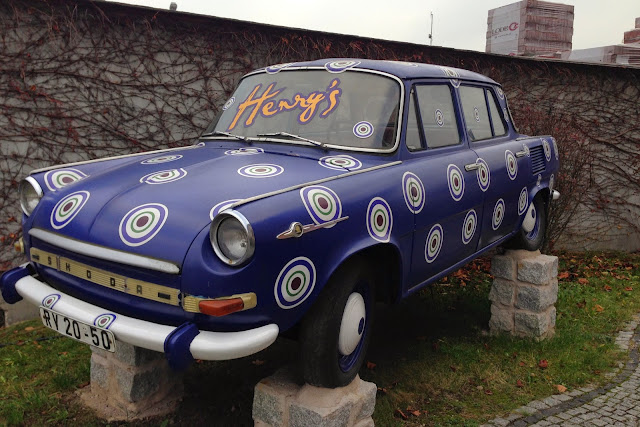 Whoops! No, not in that car. But it sure did make me laugh when I saw it outside one of the stores in town. You can turn almost anything into 'Polish pottery'! 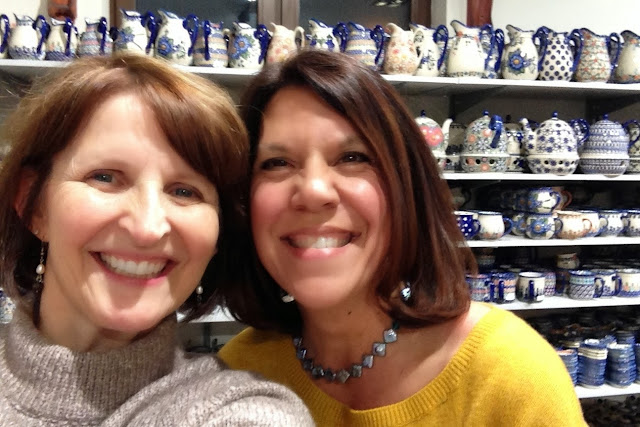 It was a very sweet day enjoying time together before she's gone for eight months.

And most delightful to once again take in the beauty of Polish pottery...

Where there's a little something for everyone! 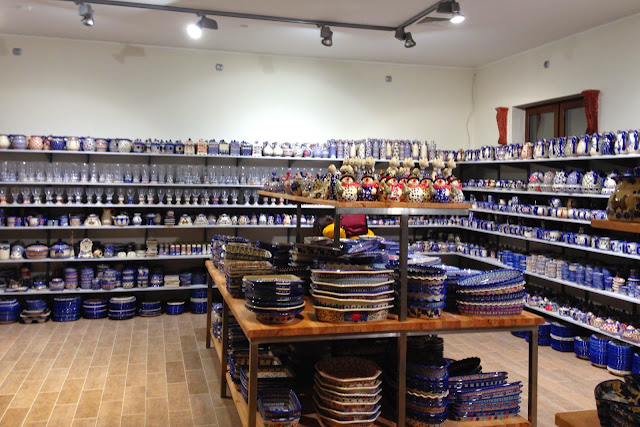