Exit Tour In Our Town

Ever since Exit Tours began six years ago here in the Czech Republic, we have been SO excited about the open doors our team has had into schools: to build relationships with young people, to talk about various topics from a Christian perspective, and to share their faith.

And now, after tours in 120 schools, they're here in Frýdlant nad Ostravicí this week! 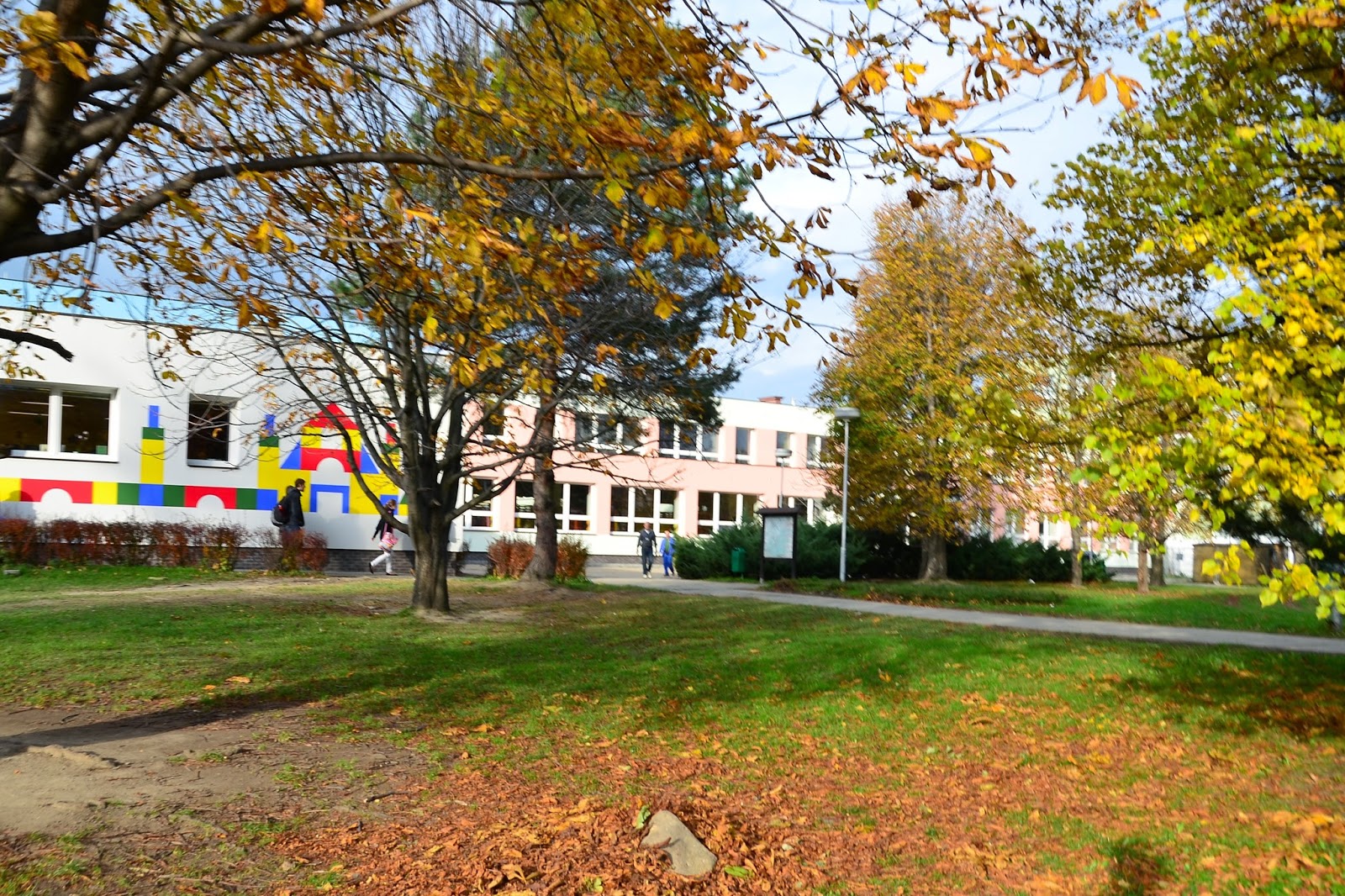 This morning's program began with an assembly at TGM, the third school of the week here in our town. "Safe Haven" played a short concert, did some ice breakers, then students fanned out into classrooms for lectures. 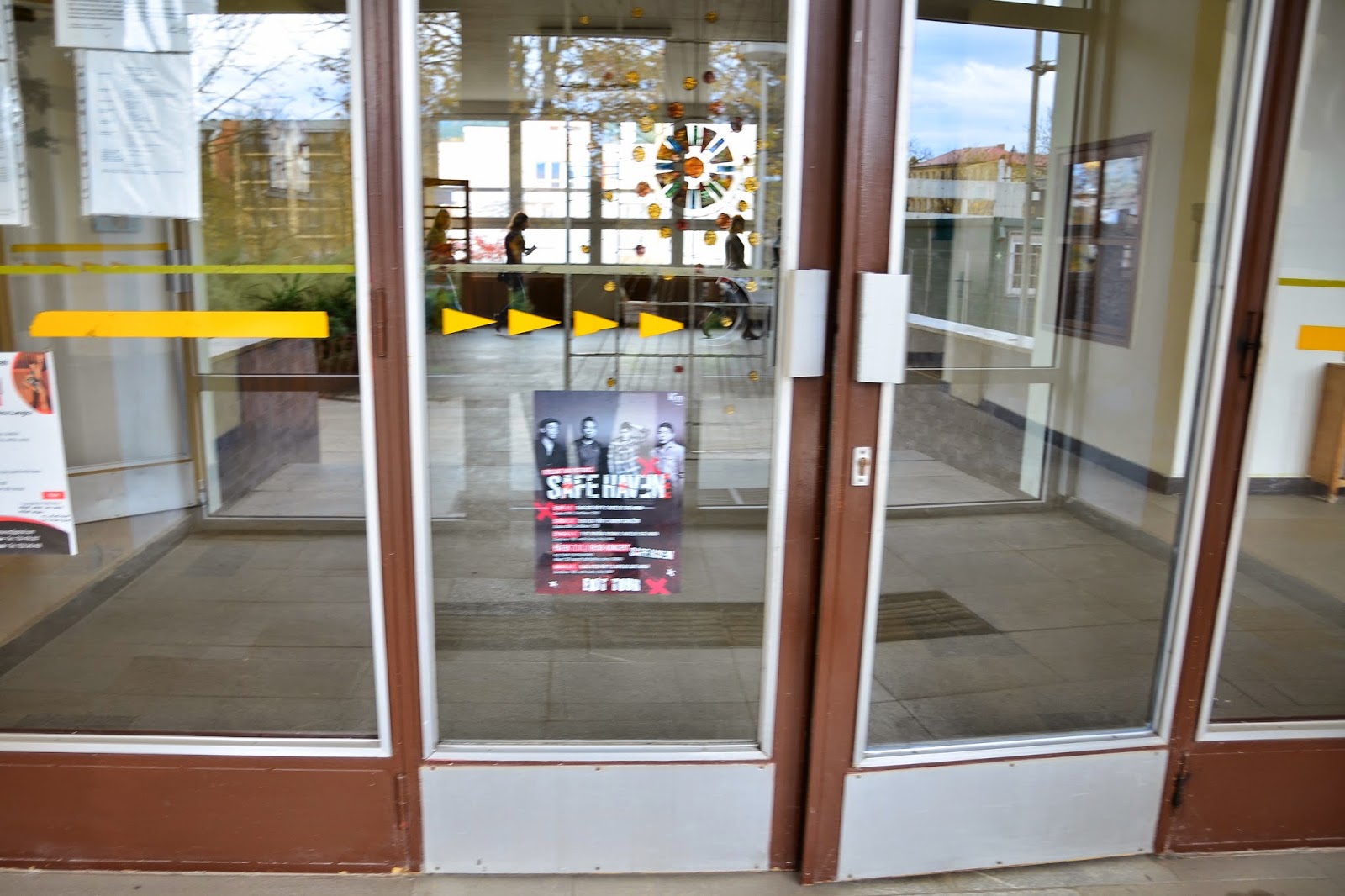 Exit Tour is designed to fulfill a government requirement here for an annual prevention program in each junior and senior high public school across the country. Our team brings in expert lecturers, all believers, who speak on many different topics such as bullying, internet safety, AIDS and addictions.

One of the most popular lectures is led by Tom Graumann, a Jewish child saved in 1939 by the children's transports out of Czechoslovakia to Great Britain arranged by Nicholas Winton.


His story is an amazing testimony of how he was twice saved: once by Mr. Winton, and again by Jesus Christ.


Tom shared his life journey with the students: how he said goodbye to his family at 8 years old for what he thought would be just a few months. Tragically, it turned out to be forever. He told how he was instead raised by a family in Scotland, how he came to Christ, and then how he studied to be a nurse so he could serve the Lord in medical missions.

He met his wife, Caroline, in the Philippines where they married, had children and served for many years.

After Communism fell, Tom was compelled to return to the Czech Republic in 1993, his homeland, to share Christ with his countrymen. 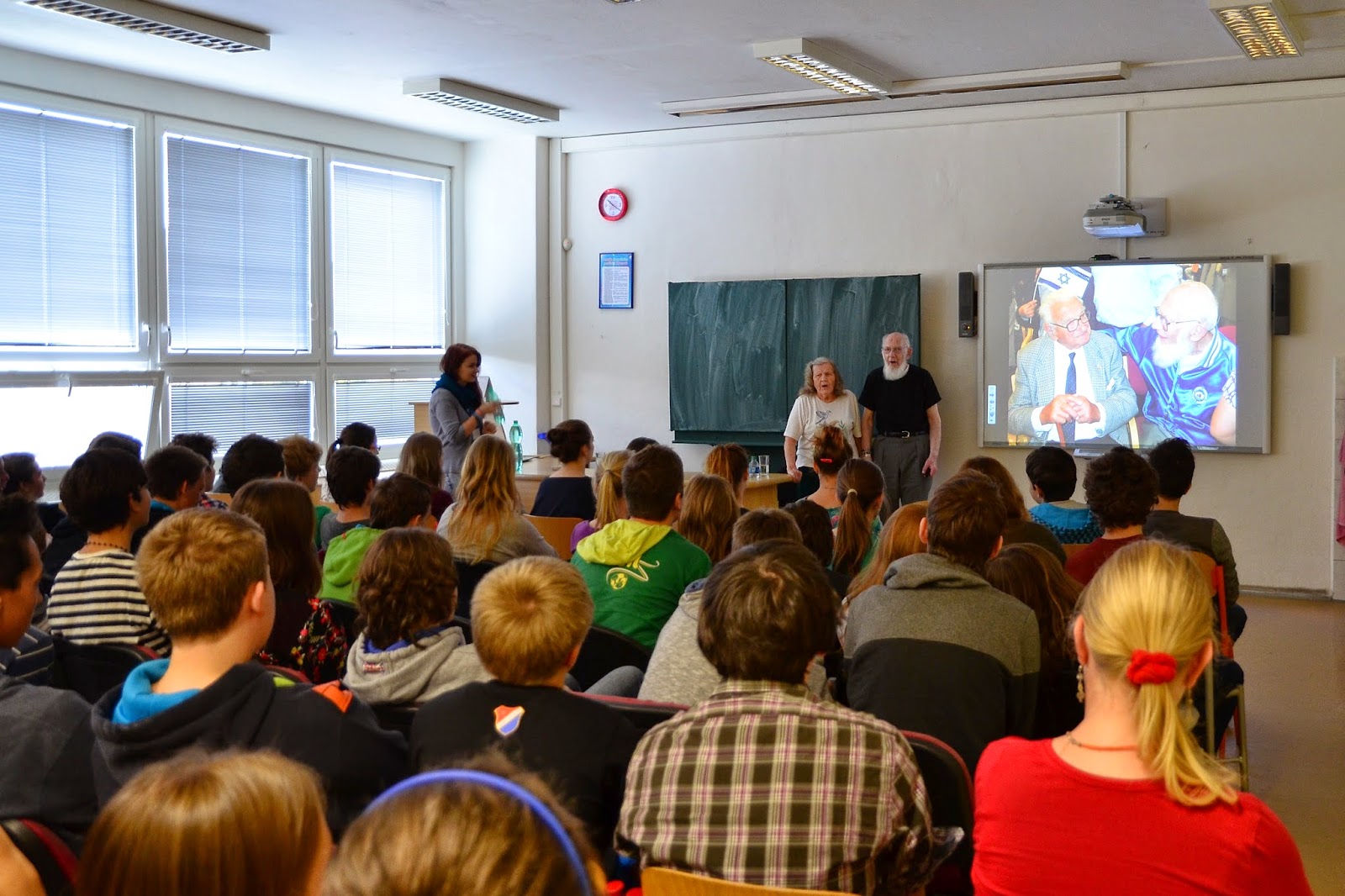 Today he and Caroline live in Colorado, but come back to Czech several times a year to join the Exit Tour so he can share his amazing story.

At the end of each lecture, Tom hands out Gideon Bibles and encourages students to come to the concert on Friday night where they can hear more about the Lord. 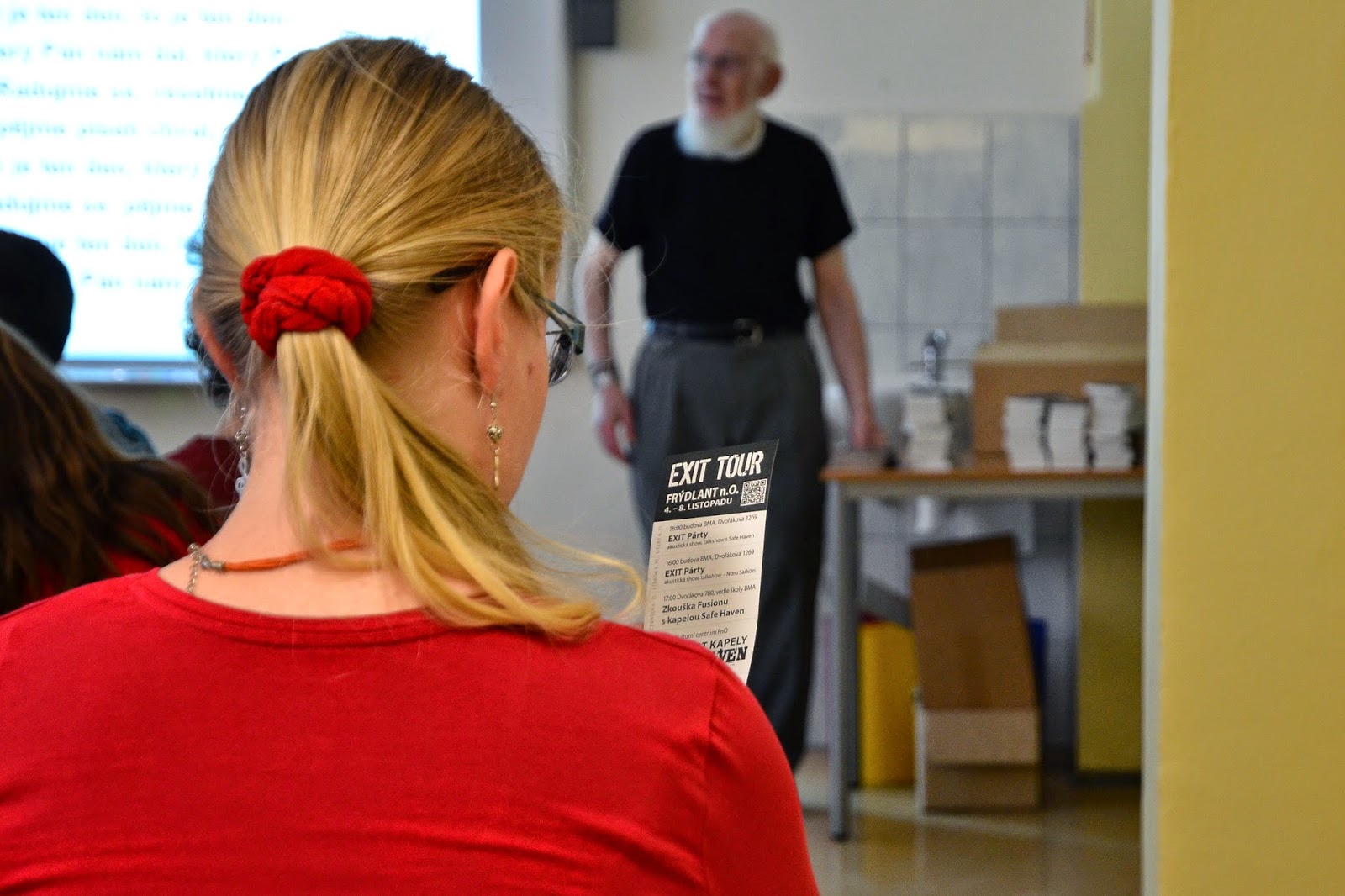 I headed down the hall afterward and into another classroom for a lecture with Noro, another one of the regular Exit Tour speakers. 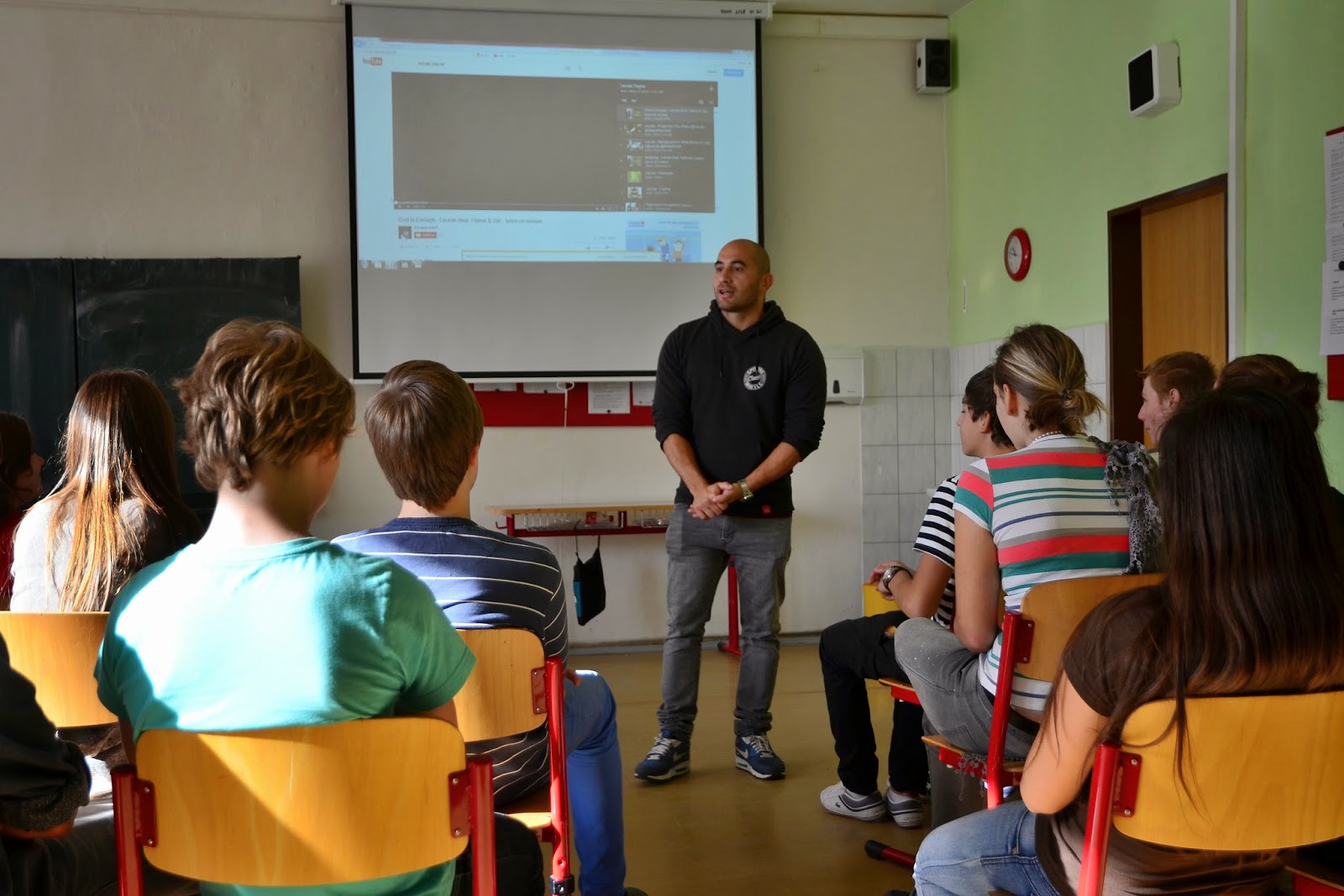 Starting out with a fun game (something that wouldn't normally happen in a classroom here!), he engaged the students brilliantly, learning their names and establishing credibility. 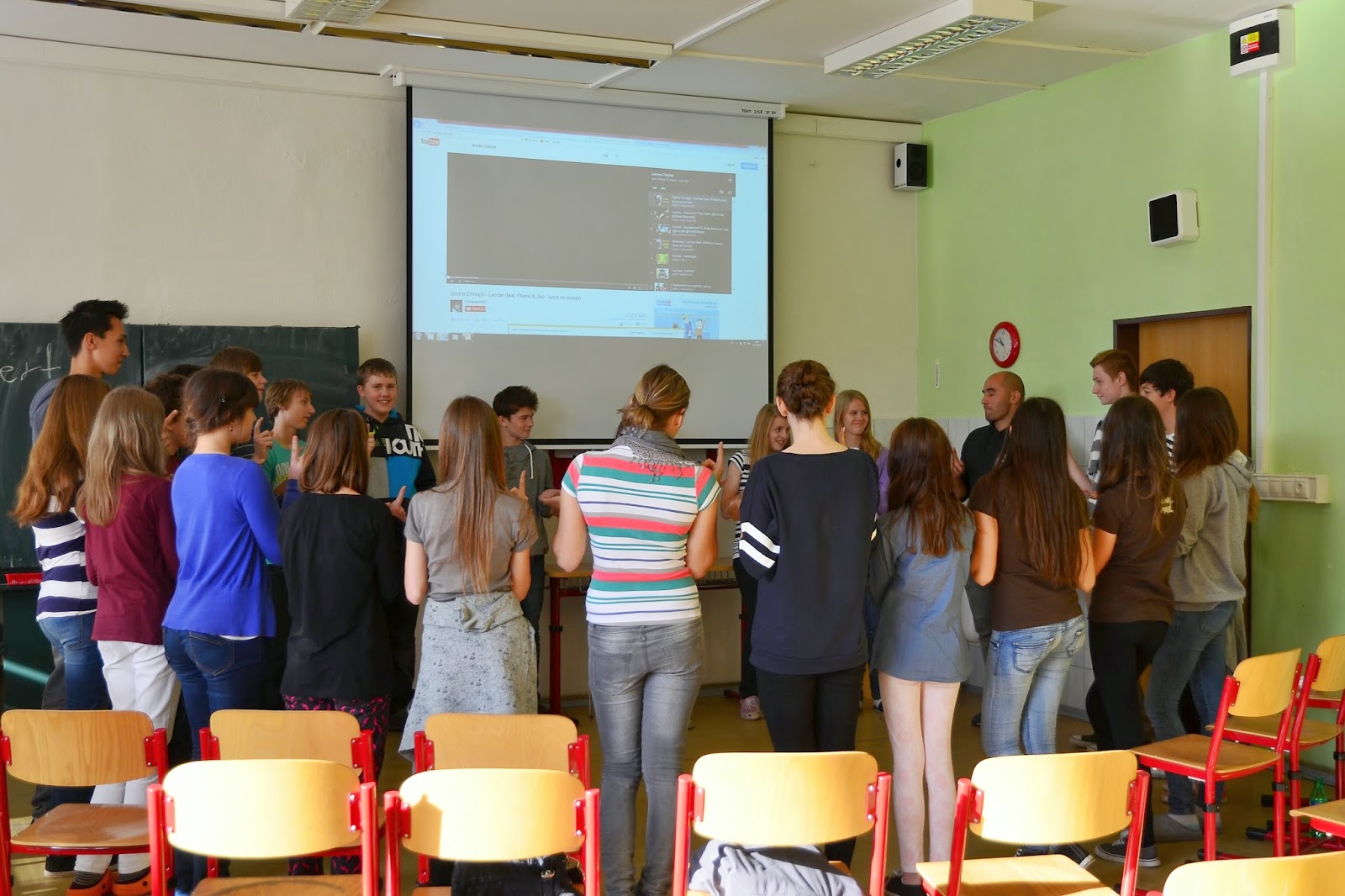 He then spoke compellingly about the addicted life he led as teenager and young adult, and what effect this had on his life.

And he spoke clearly about how God led him to freedom from those addictions. 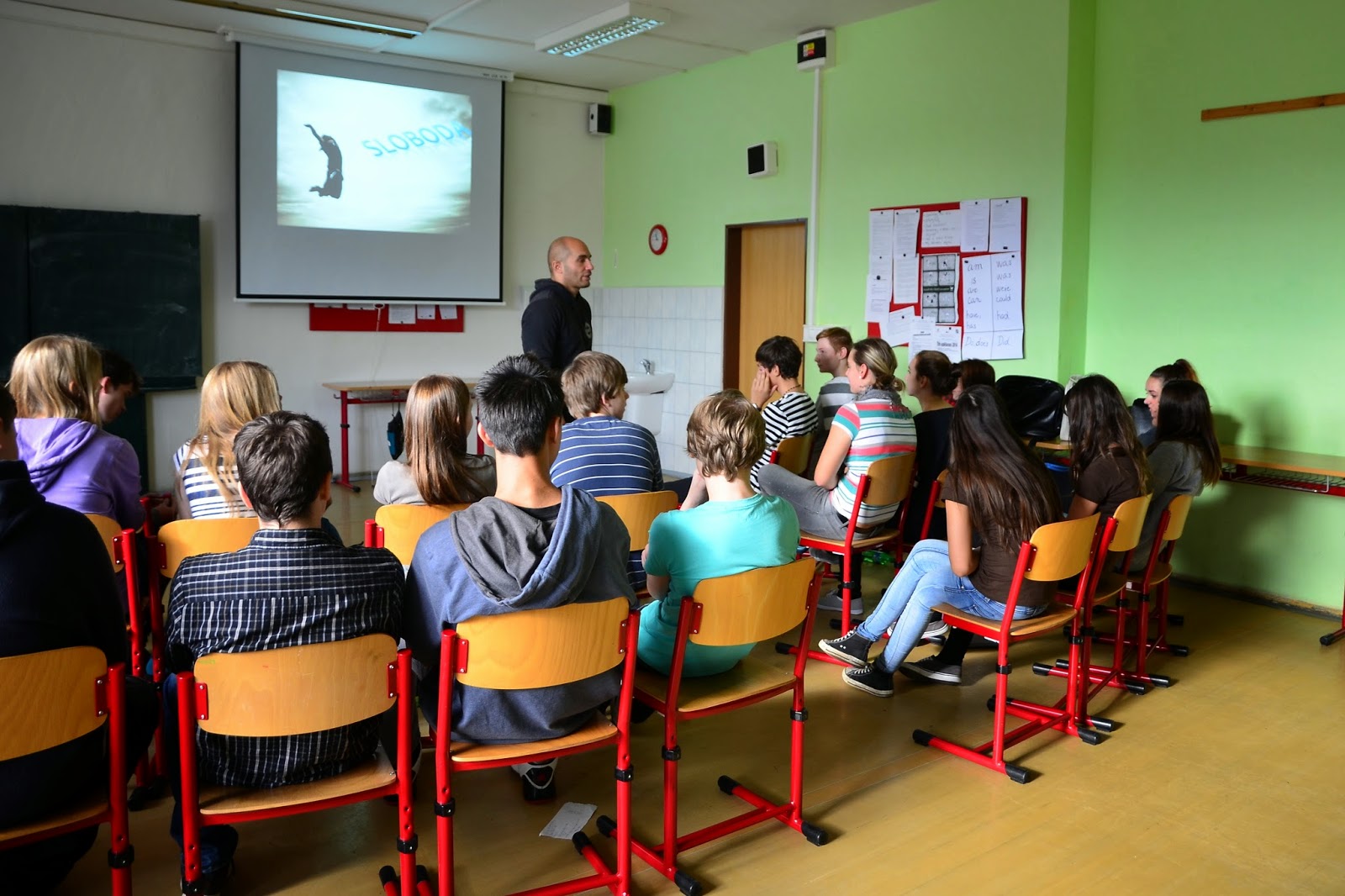 It was a powerful morning listening to these two men share their hearts and their faith so openly.

Tomorrow night at the cultural center in town, we hope to see many students who've heard these lectures this week in the schools.

Safe Haven will give a concert and share their testimonies, as well as the Gospel.

May there be many young people who put their faith in Jesus just twenty four hours from now!
Posted by Unknown at 10:49 PM