Once Every Ten Years

There are just some things that you ought to do every now and then. 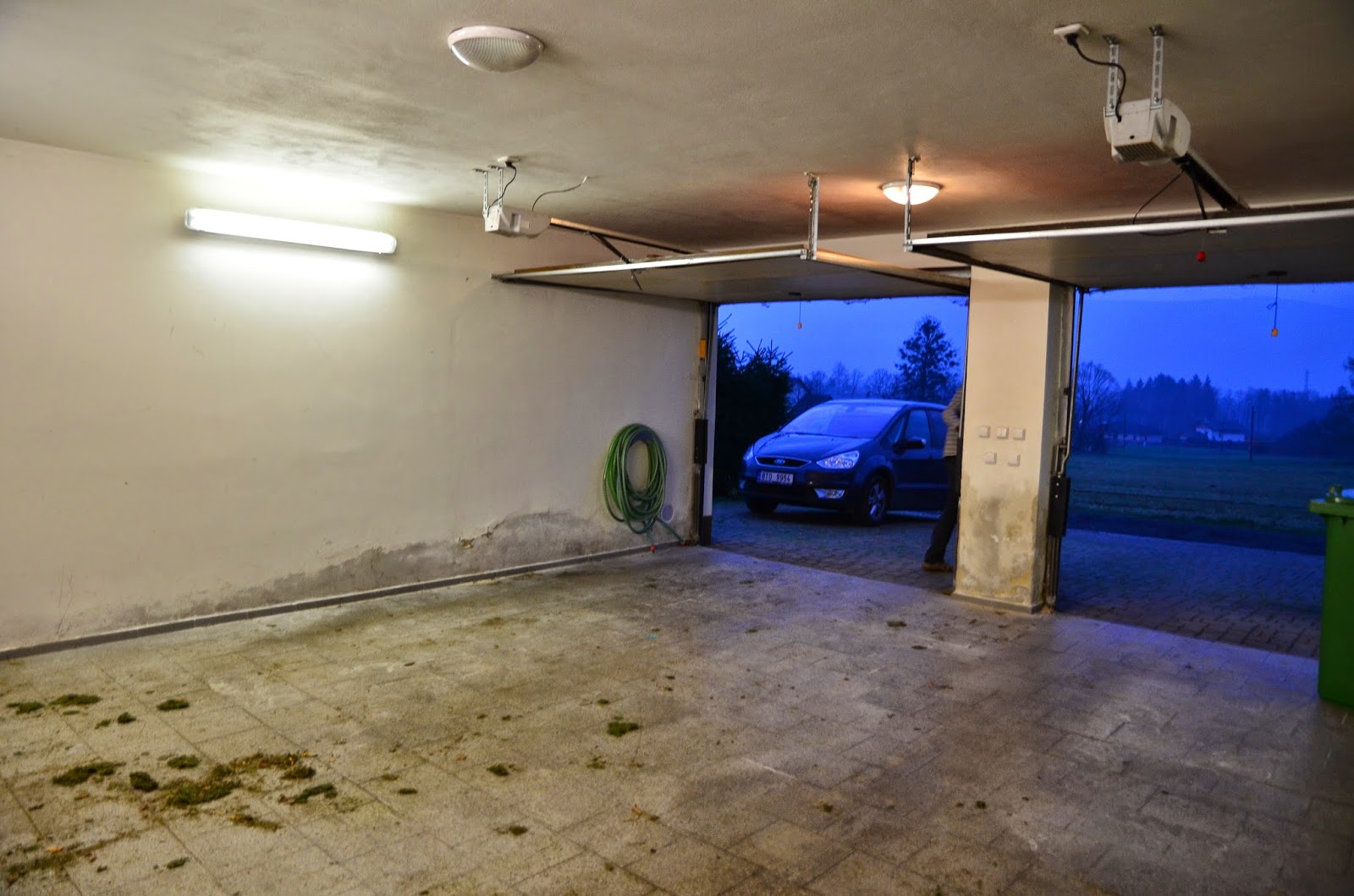 As you can see, Dave's in the process of doing that. It hasn't been that empty since the day we moved in, April 2004. 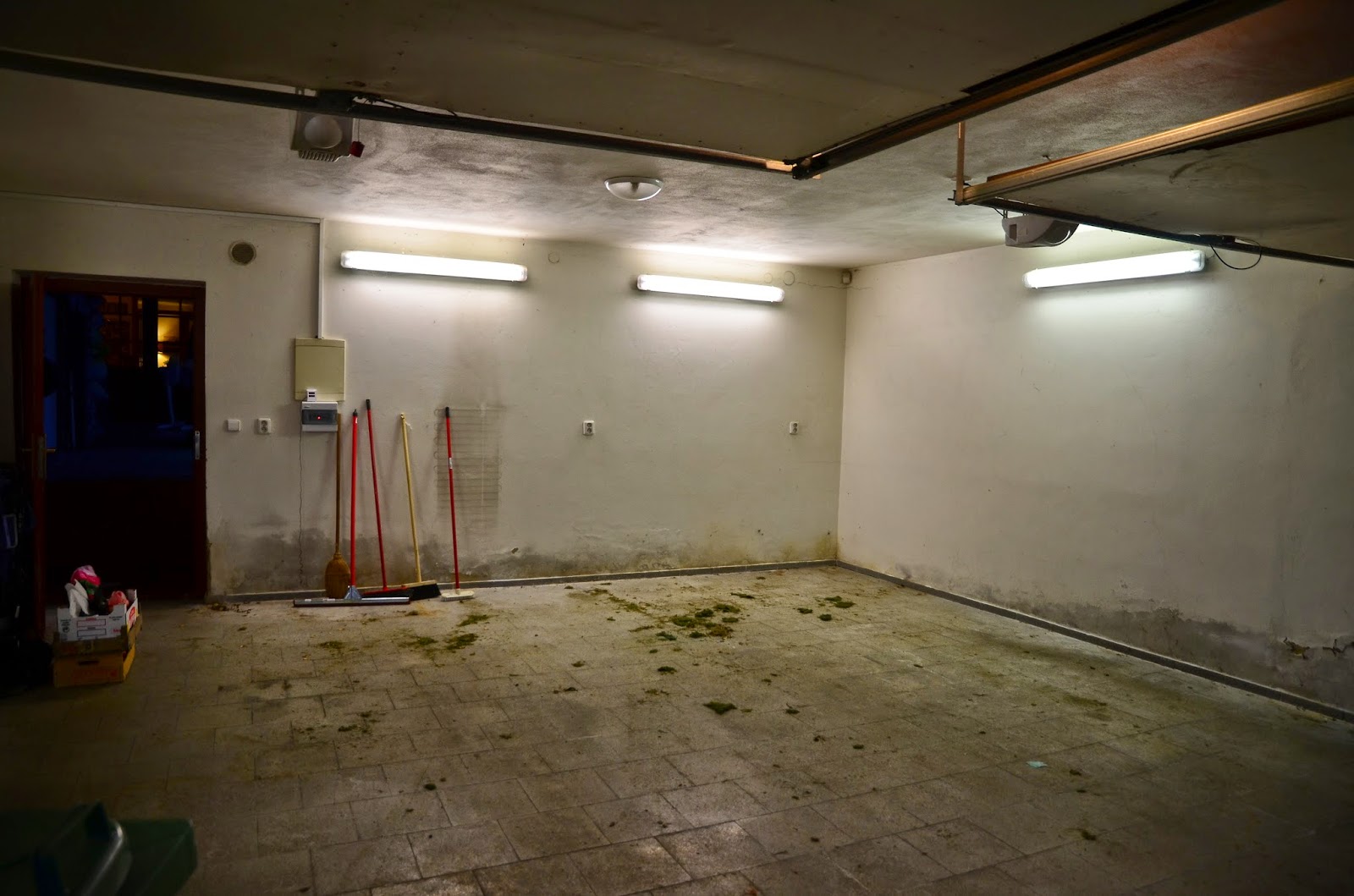 Other than the fact that it's a good idea to purge and clean every now and then, the main reason has to do with poor insulation that's causing water to seep up our garage walls...see it?

In order to combat the problem, Dave brought cans of epoxy from the States (in his suitcase no less! I can't believe they made it through security, without breaking open). He is getting ready to seal the garage floor to stop the water seepage.

So for now, everything is out of the garage which was no small task!

But where to put everything in the meantime? 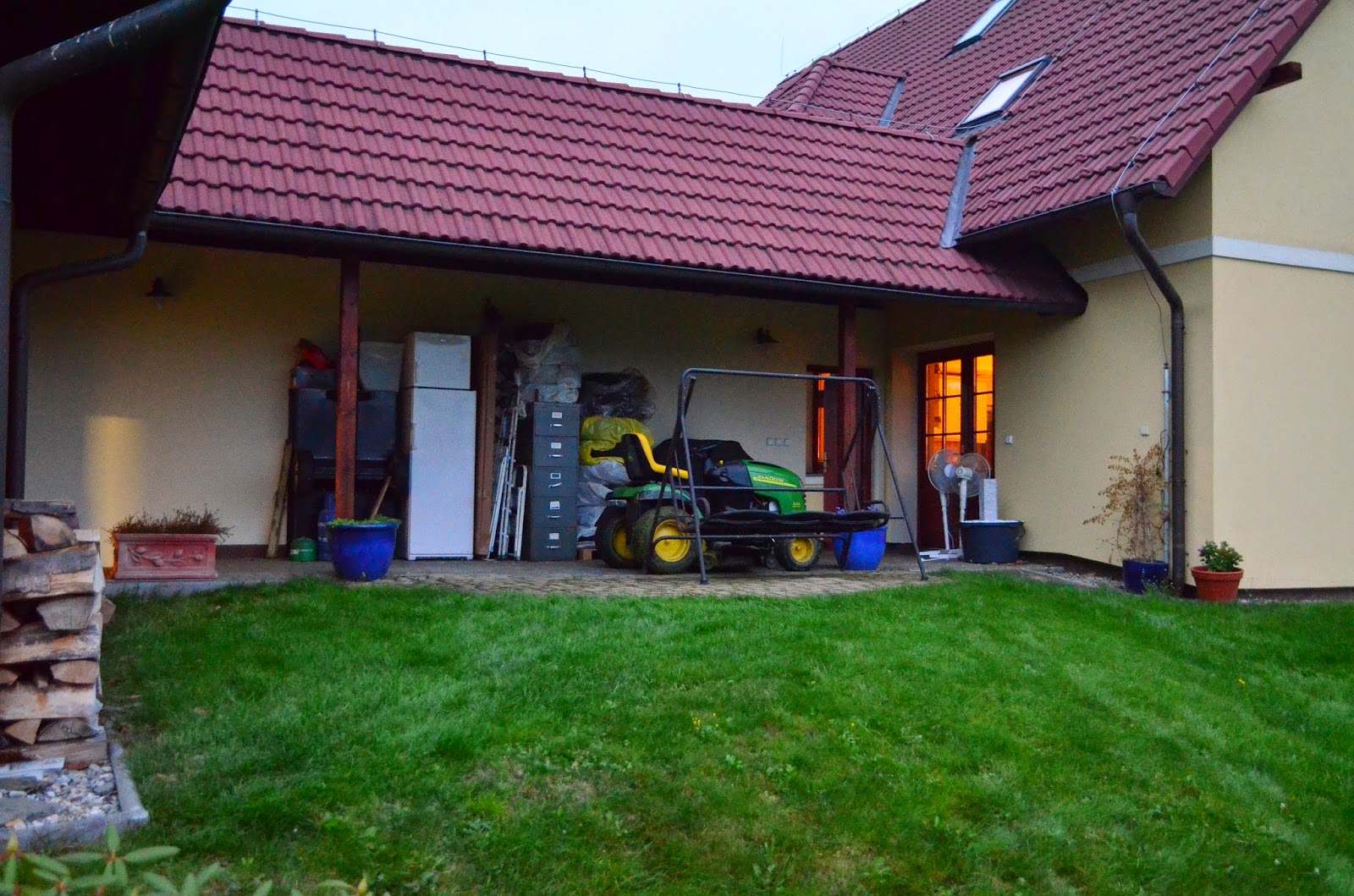 How about on the porch? Or out in the garden house?!

It's looking a *little* junky around our house right now. Definitely not my style! HA! 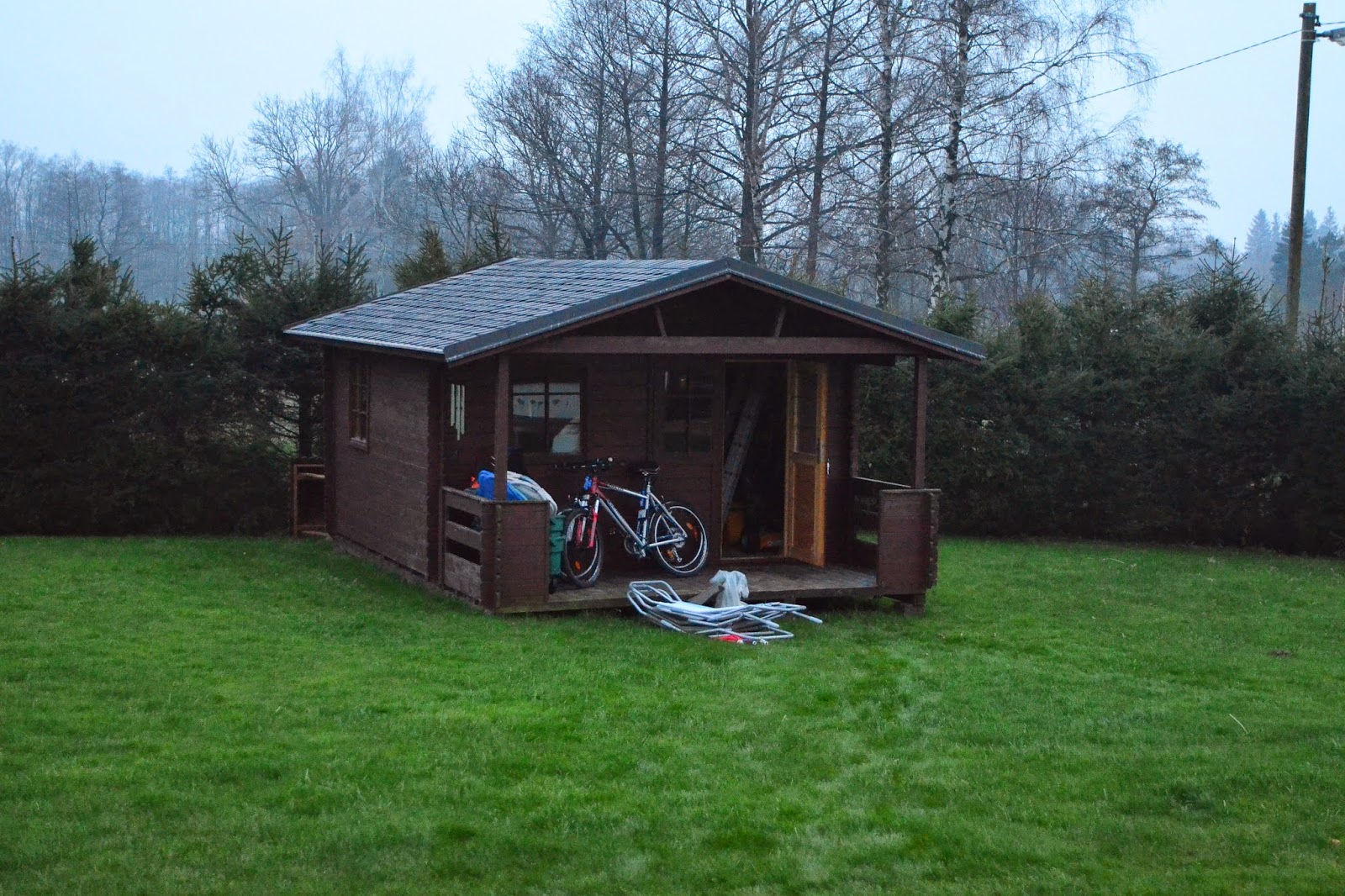 But hopefully it won't be for too long. He hopes to get it sealed as soon as the floor dries out in the garage.

While we don't mind misty, rainy weather (of which we've had less than usual this fall, though we know it will return), it's sure not good for the walls.

We'll be glad to have that problem taken care of soon! 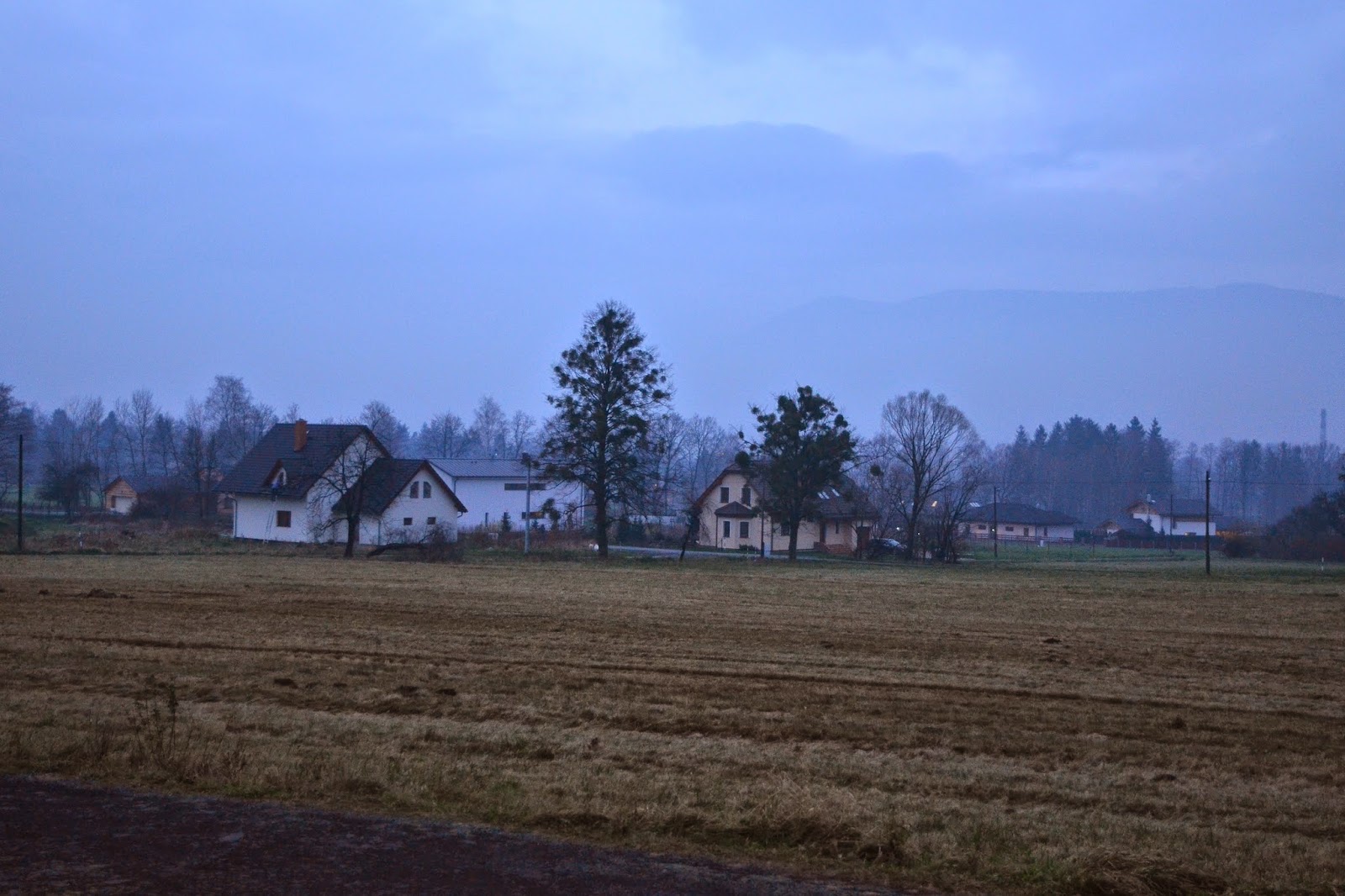