Amusing Myself at the Airport

Leaving early this morning, I drove from our home in Frydlant to Krakow so I'd be at the airport on time. 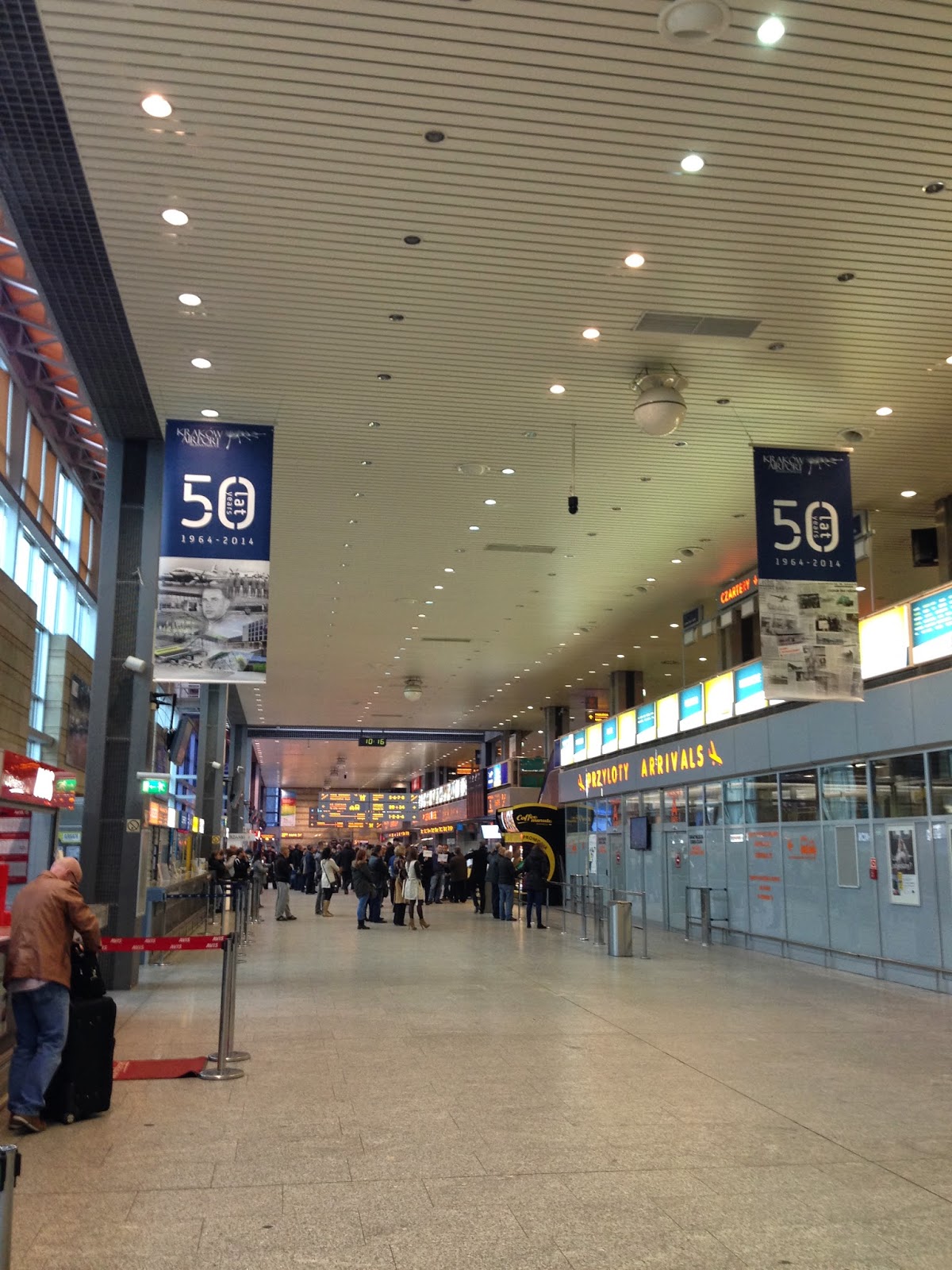 Dave's flight from the States was due in at 10 this morning.

Call me crazy, but I still like to be right outside baggage when he arrives, even after all these years of him traveling! 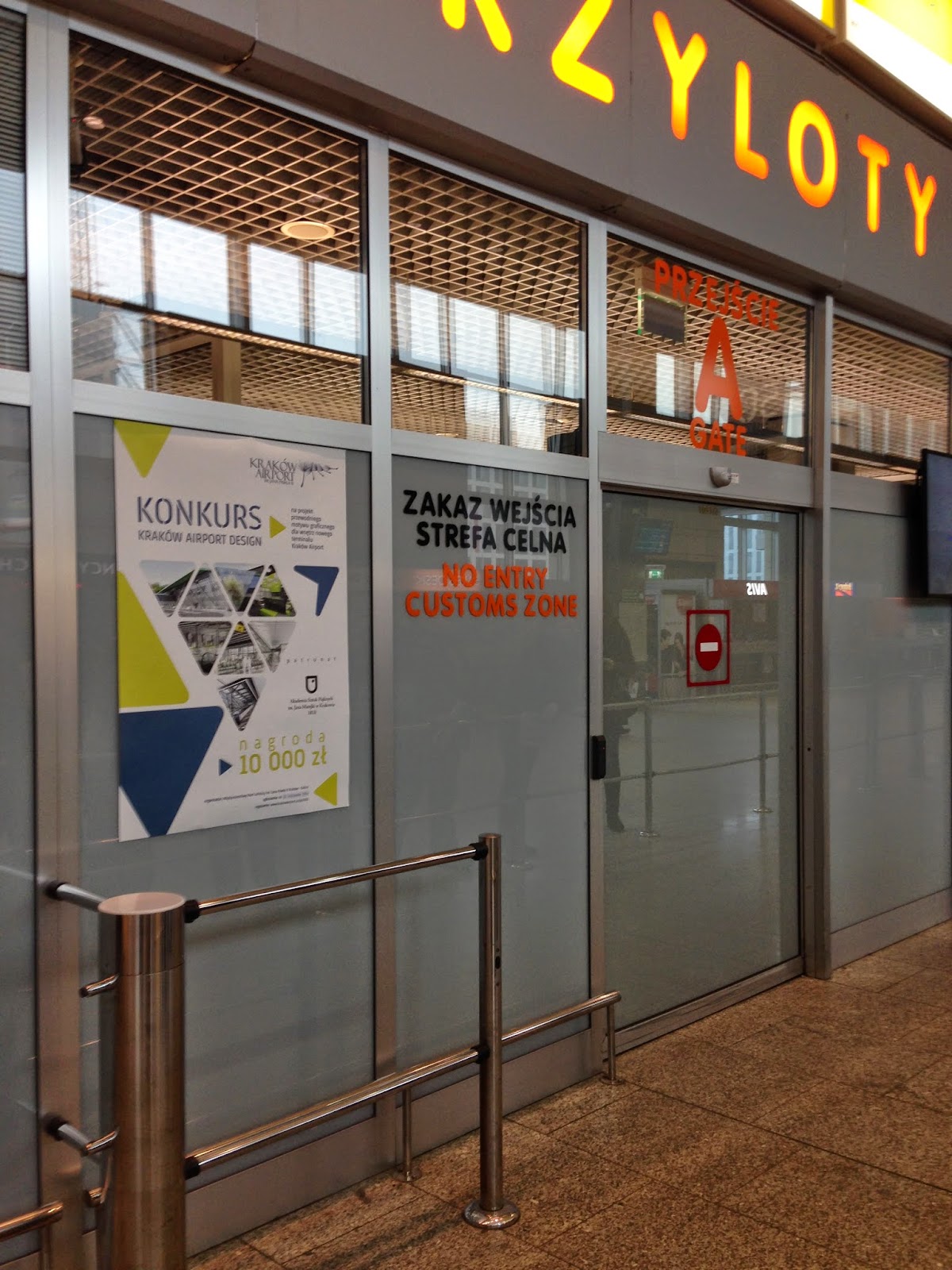 Unfortunately those doors weren't opening very often this morning as the airport was socked in with fog.

Having followed Dave's flight on a flight tracker app on my phone, I knew it had taken off from Frankfurt; I assumed it would land on time.

But such was not the case. While other planes had somehow landed in the fog, the arrival board said his flight was delayed. 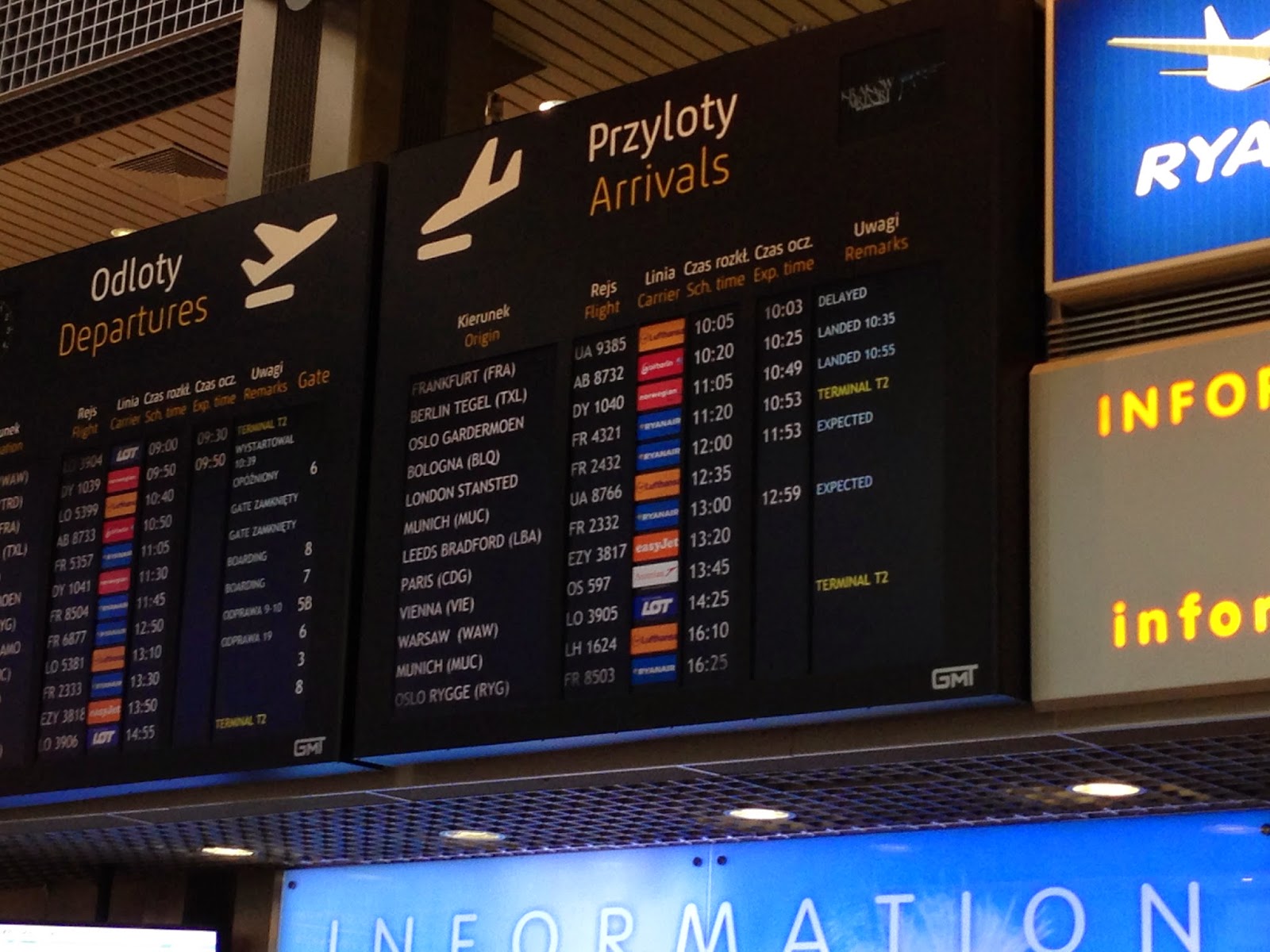 At first I just went and found an empty bench to sit on. But that was boring and got me to thinking: "I wonder what all I could find to do here before he lands?" 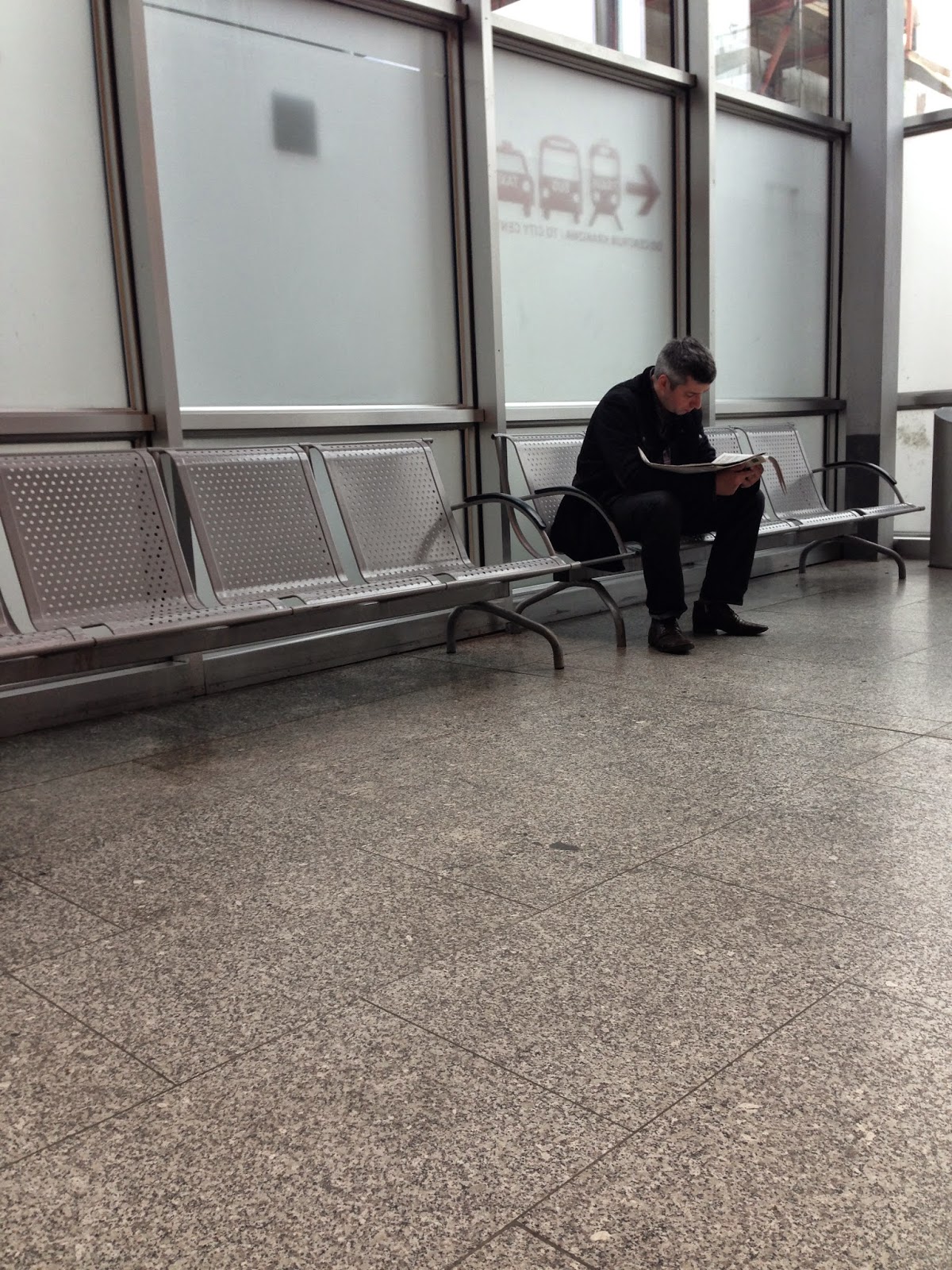 So I set off to amuse myself!

You have to know that the Krakow airport is actually one of THE most boring airports around. The terminal for departures is old and has very little to occupy someone who is waiting. I had to get creative.

A little coffee and "szarlotka" was the perfect place to start. 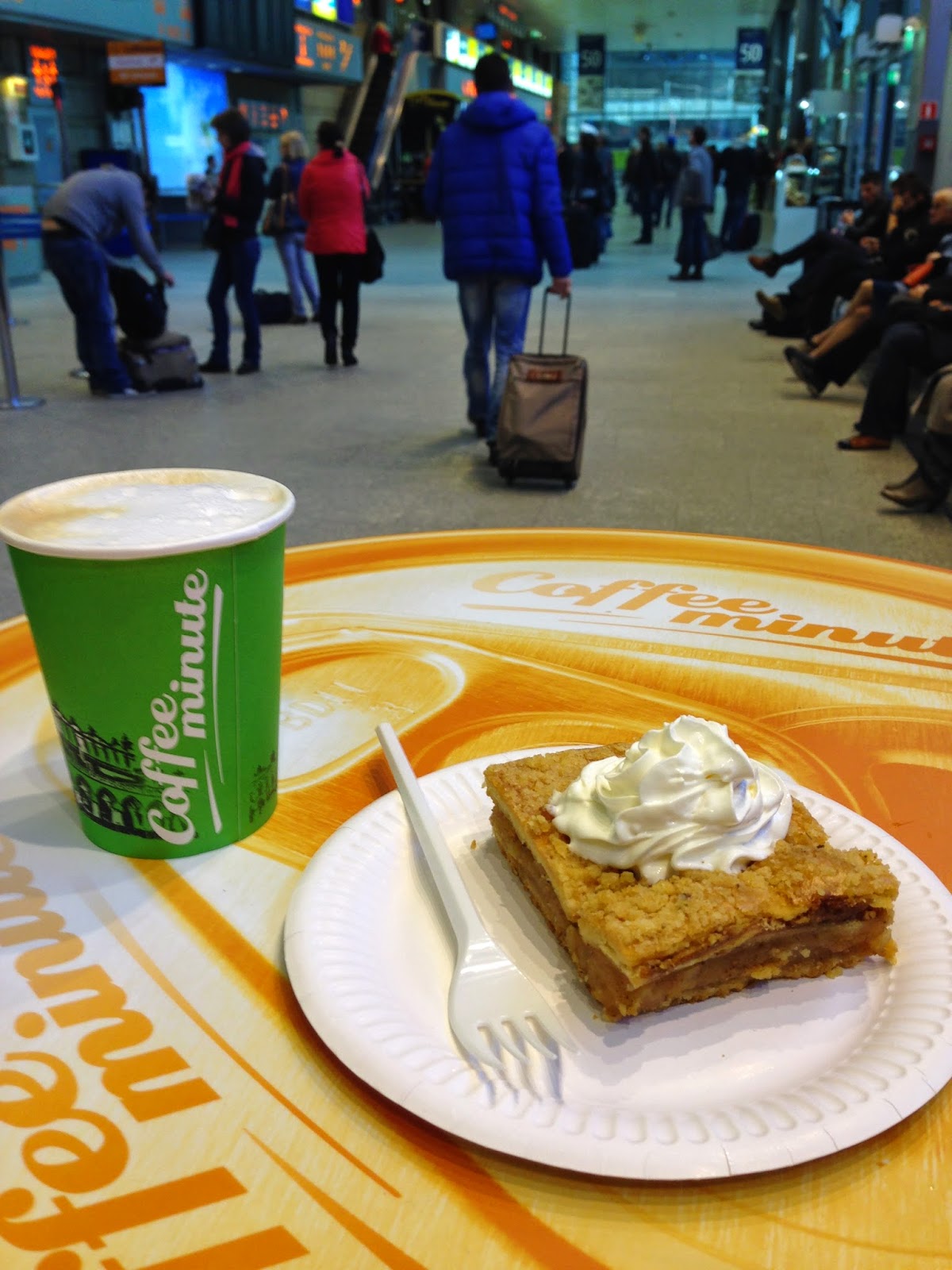 After a quick check on the arrival board to see if his flight was still delayed, I then headed to the magazine shop.

If I'd known how much time I'd have to wait, I actually could've amused myself for quite a while as they not only had a few magazines in English, but some interesting books as well! 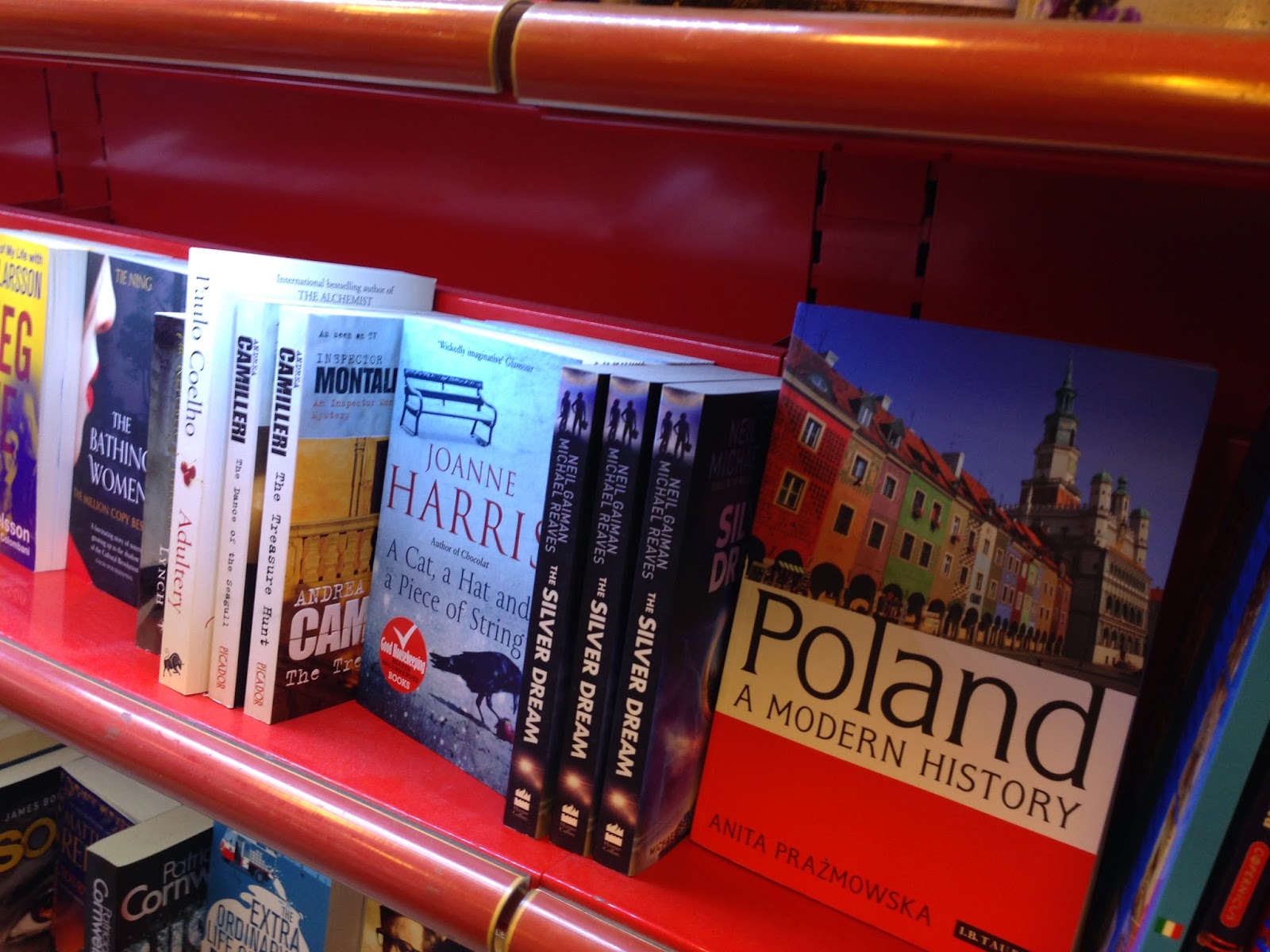 Hmmmm, running out of options. What to do next?

How about stepping outside to see construction that's going on to expand the airport? I don't know when they're going to finish, but it will surely improve the airport significantly!


Returning to the arrival doors, I counted 11 men waiting with signs of passengers they're picking up. 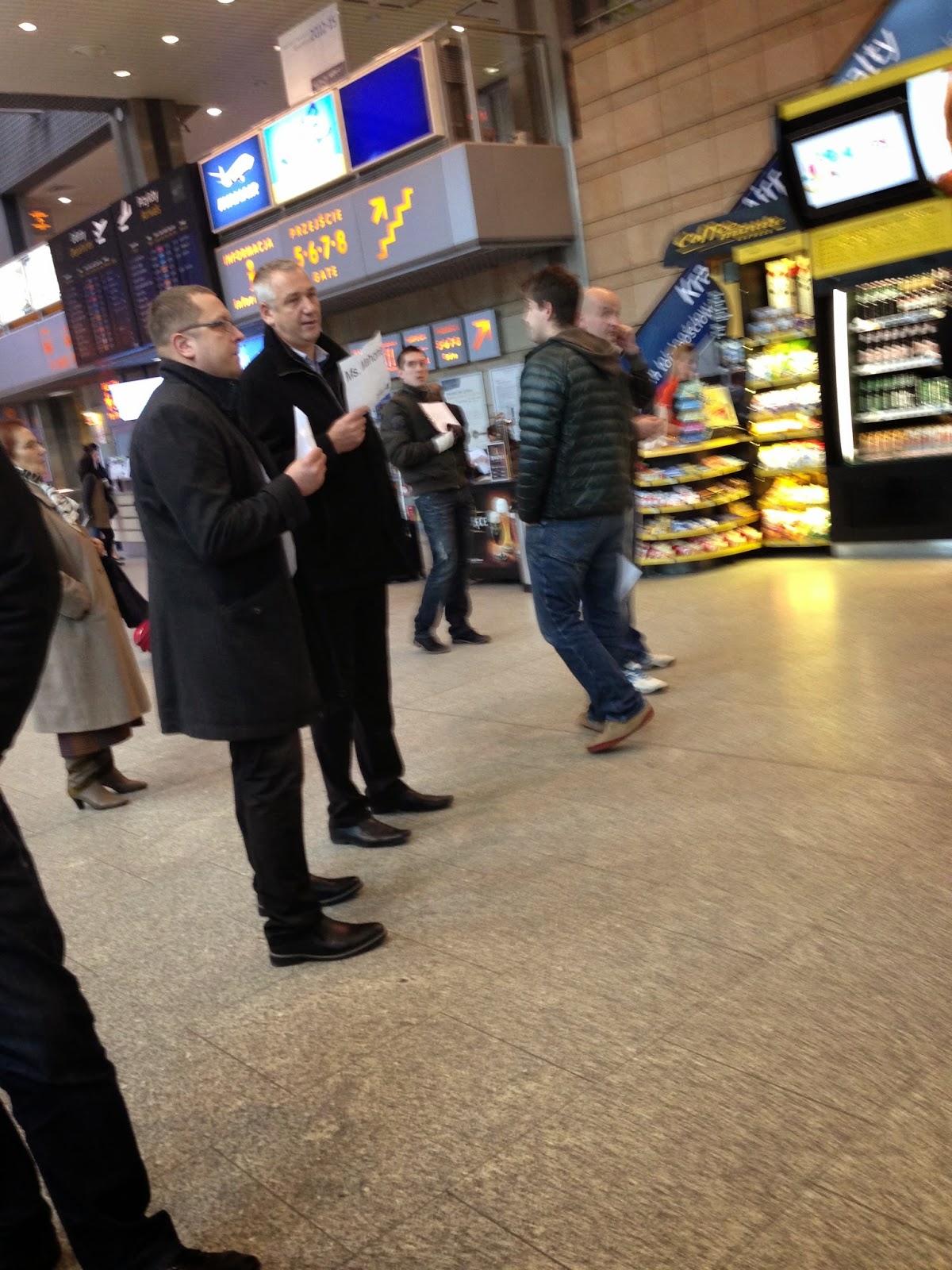 Looking up to the ceiling, I noticed signs I hadn't seen before: the airport is celebrating 50 years in existence! That's kind of cool. 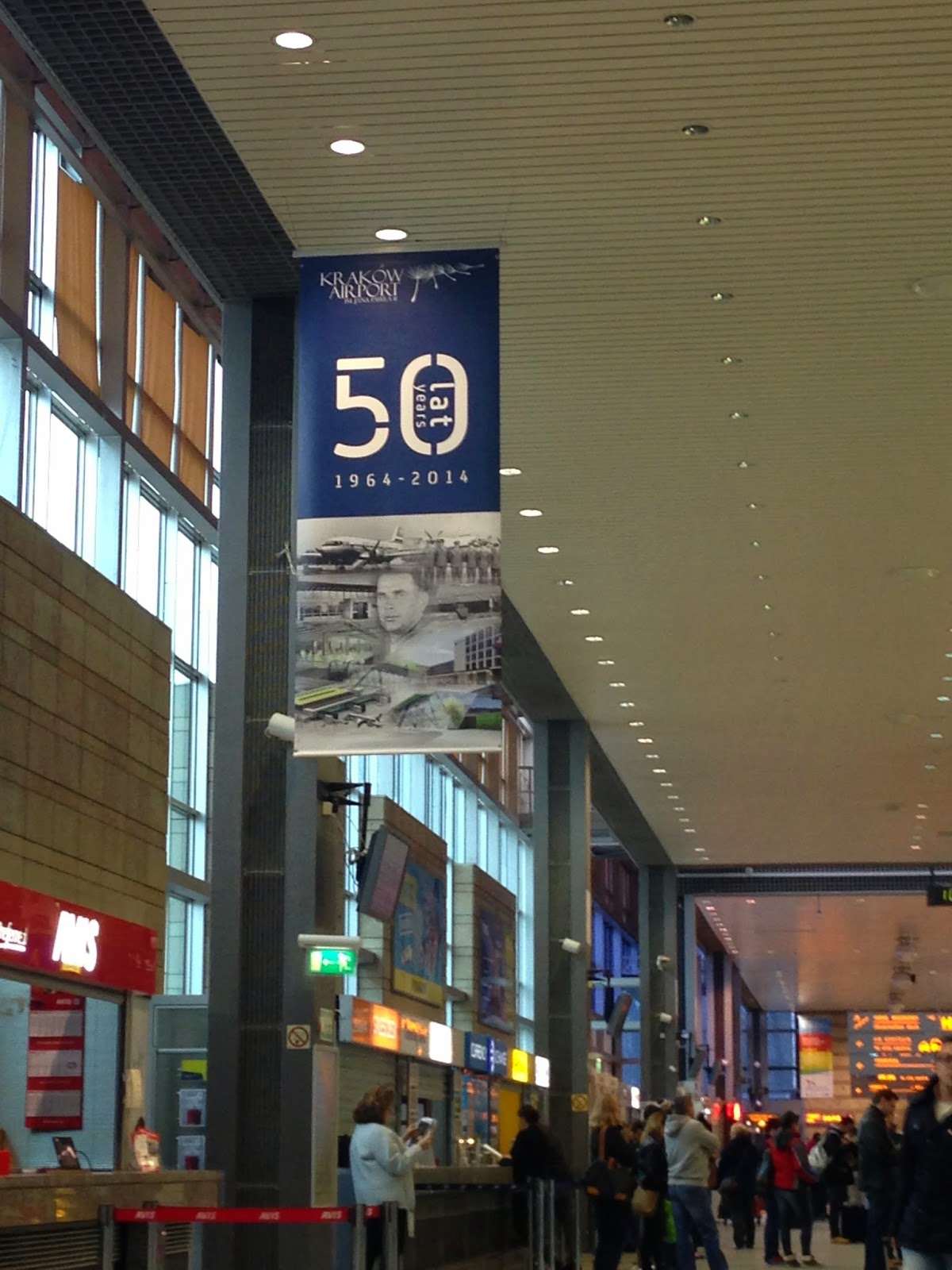 By now I am really running out of options. I guess I could've gone into the store selling amber jewelry, or into the perfume shop. I actually considered going into the chapel, but it was closed!

So back I went to the arrival board, hoping for better news. 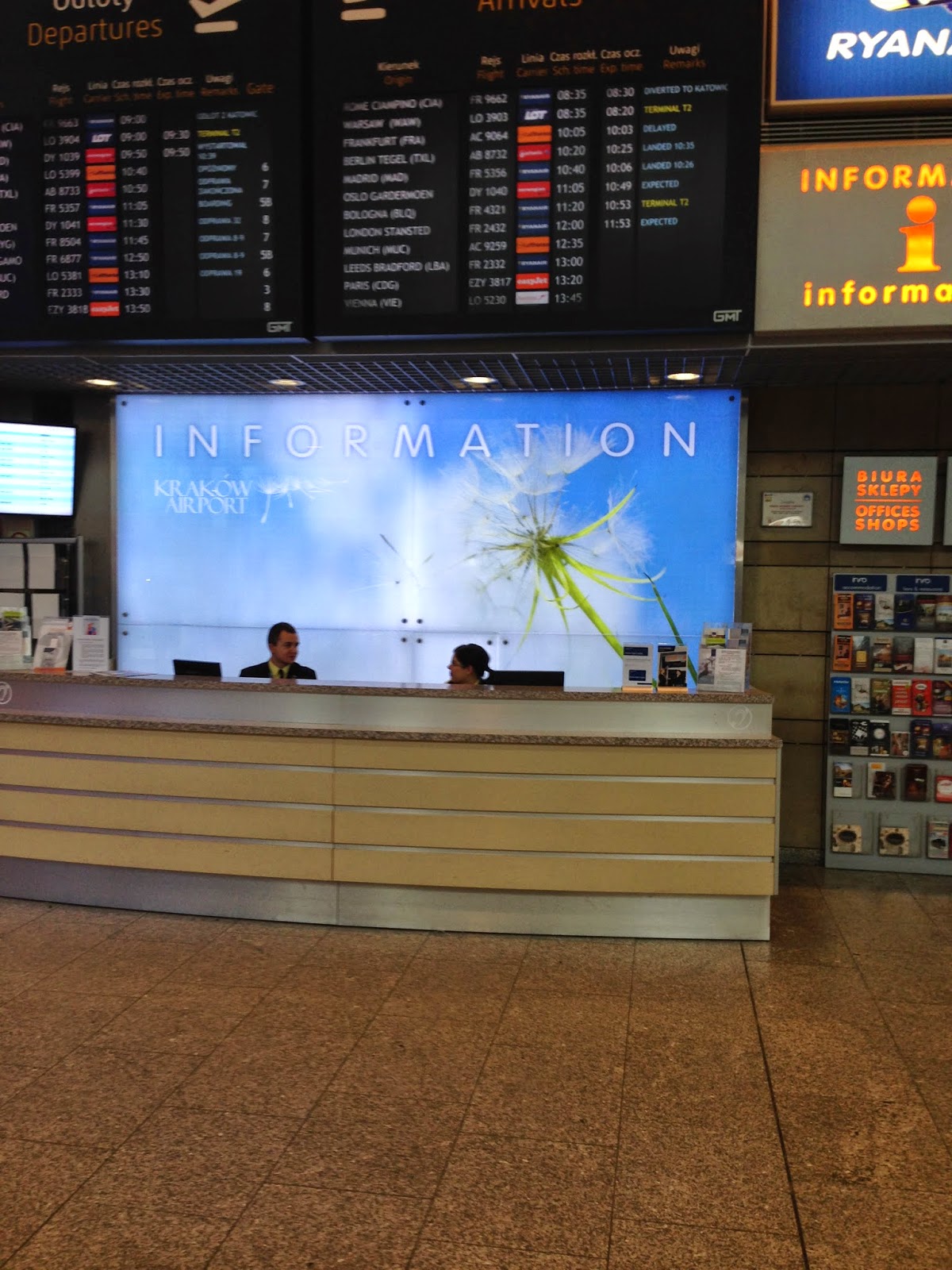 In case you can't read the sign, it says that the flight due to arrive just before Dave's has now been diverted to the airport in Katowice, an hour's drive away.

I am hoping, praying, that his flight won't have to go there too.

But thankfully, his plane did land and he came through those doors where I'd been waiting for two hours! 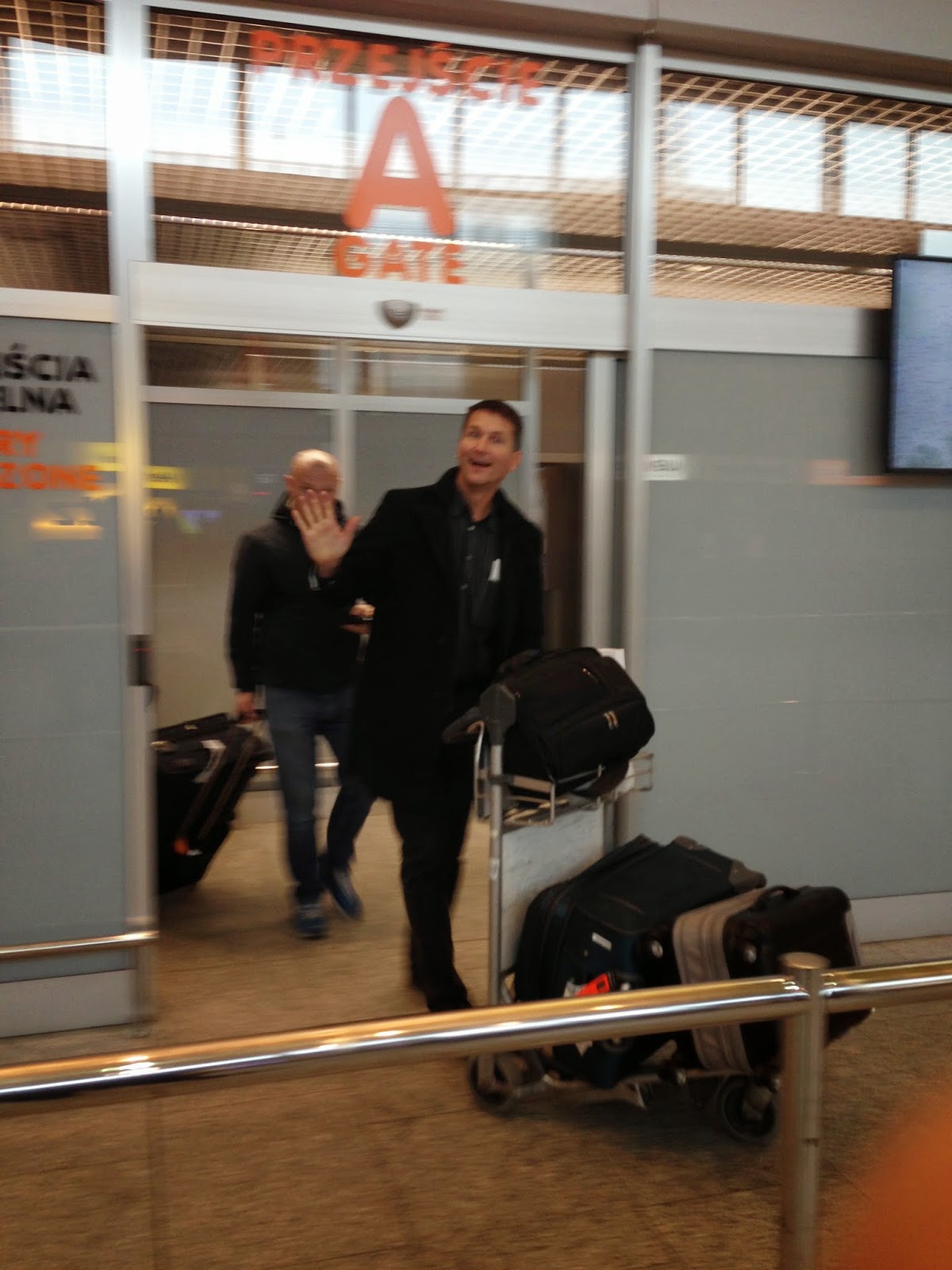 A certain little doggy was out in the car waiting all that time. It's hard to know what she was thinking by the time we finally made it out there. 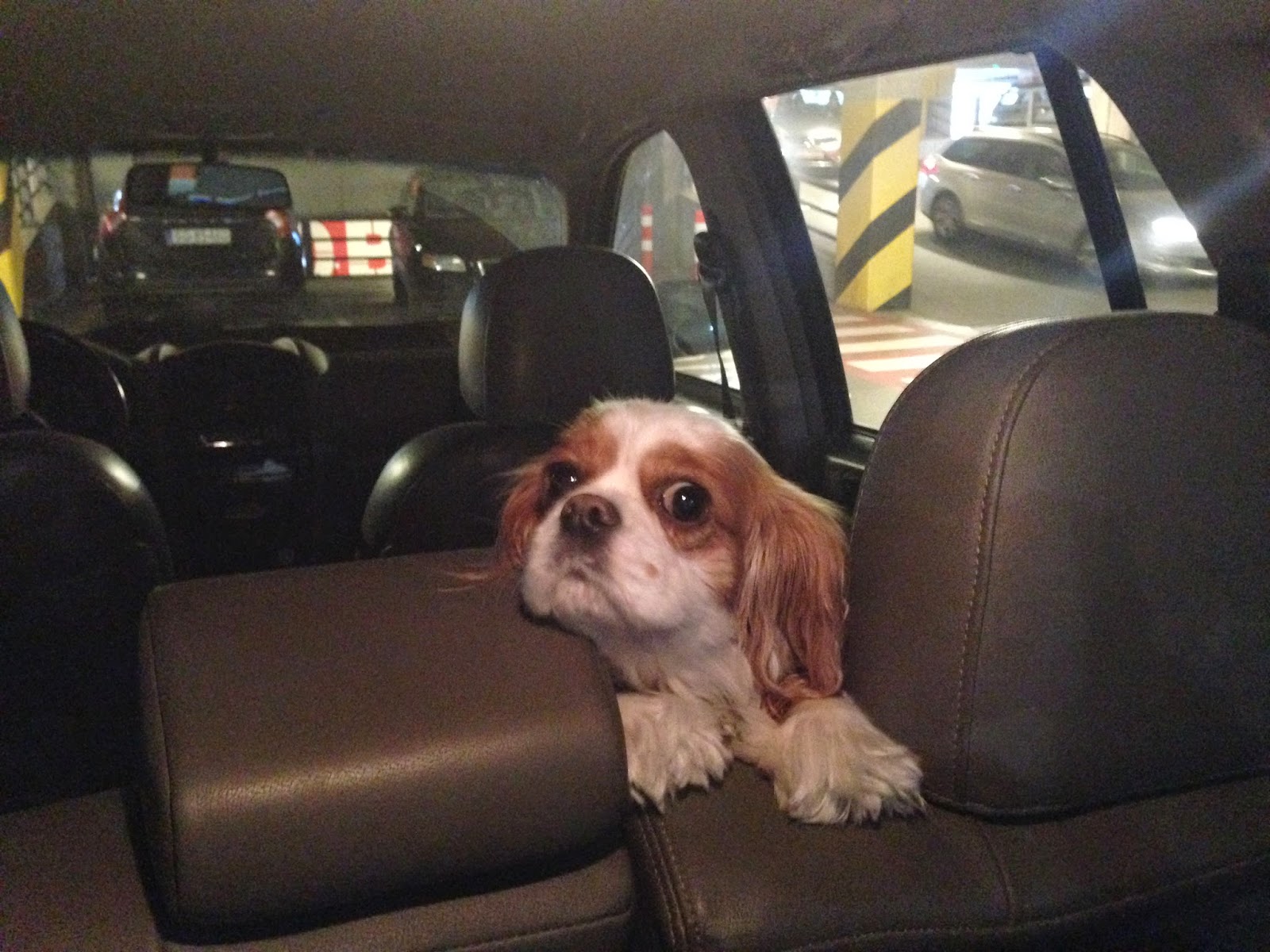 But all is well that ends well. Dave is back home and finally in bed asleep tonight after 26 hours of travel.

It's sure nice to have him back! 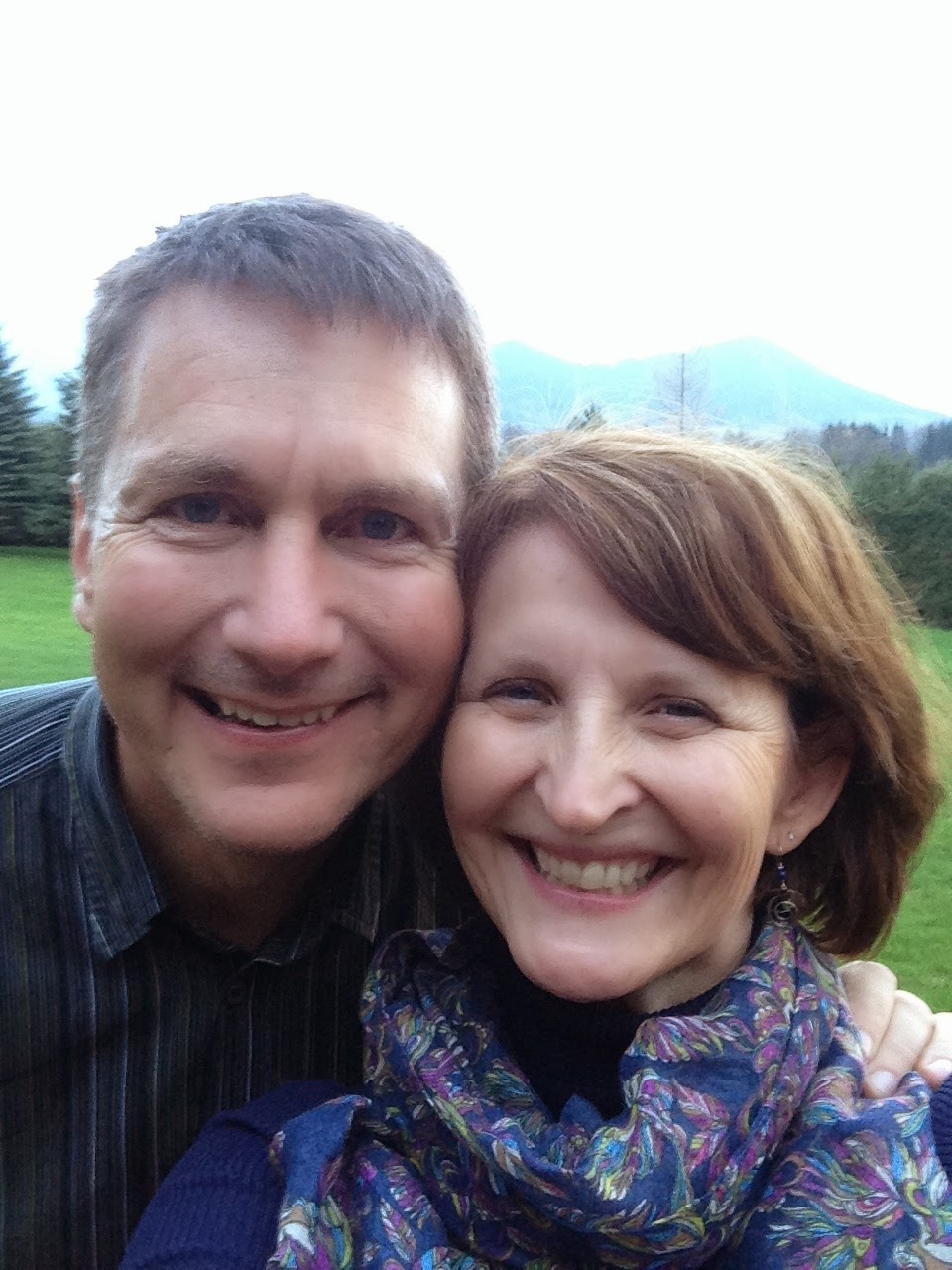