Guest at the Villa

After a long, but happy day of work here at Villa Maia on the island of Hvar, we welcomed a guest for dinner tonight. 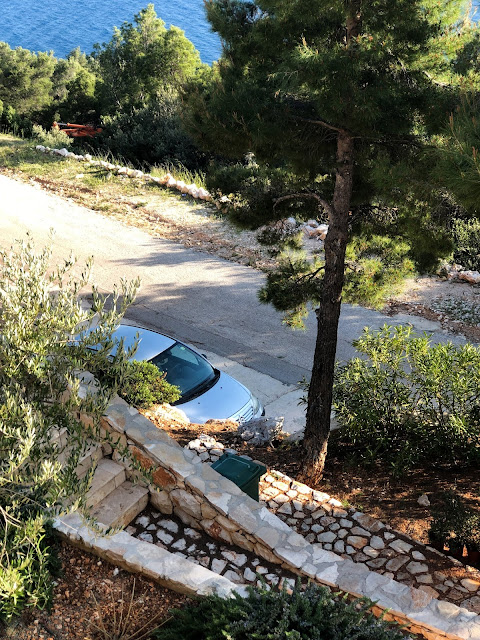 Back in 2013 when we began the process of building the house, God sent us an incredible gift in the form of this man who managed the building process for us. 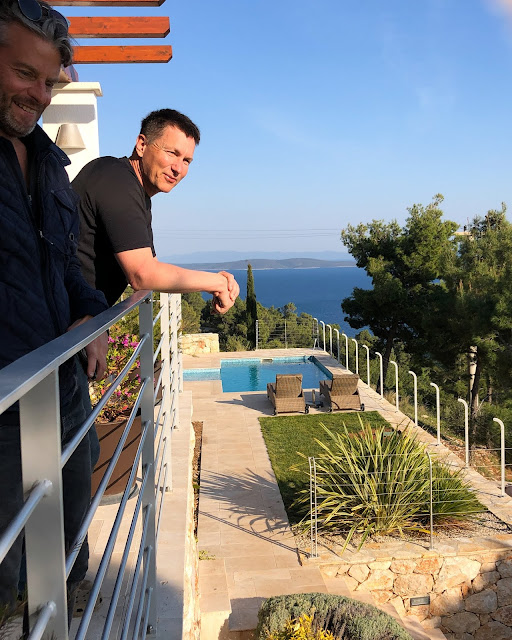 Since we all live a long ways away (it's a 12 hour drive, with a 2 hour ferry to get here), there was no way for any of us to manage the day to day, week to week (and as it turned out, year to year) on site process of getting the house done.

This man had his own contracting firm in Split so oversaw all the hiring of those who would come over to the island to build during the two years it took. While Dave stayed connected to him through weekly (and sometimes daily) calls, we never could have done the house without him.

As the years have gone by since the house was finished, Dave and I have stayed in touch with him (I'm purposefully not saying his name to protect his privacy). This past December we invited him to come for breakfast with us when we were going through Split, and had a very profound spiritual conversation with him, that has led to many emails back and forth with Dave over the past months.

This led to inviting him over for dinner tonight so he and Dave could continue that conversation. 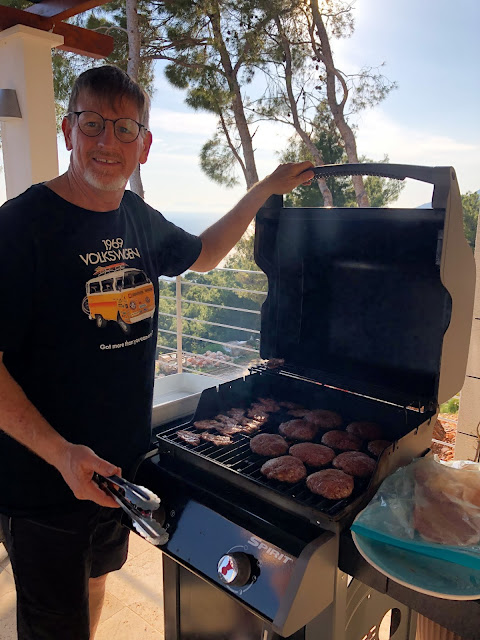 When Ellenwood's, Hash's and we are here working on the house, we all take turns making dinner for each other, and tonight's happened to be Hash's...which usually involves the grill!

While Dave and our friend chatted out on the terrace. . . 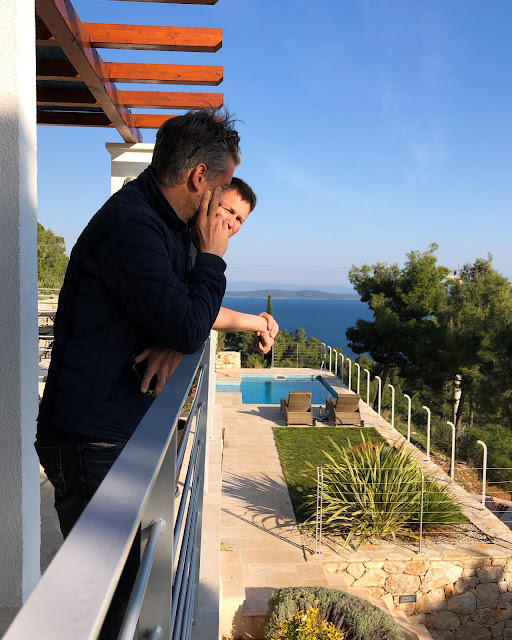 . . . we got things ready so we could sit down for a meal with him. 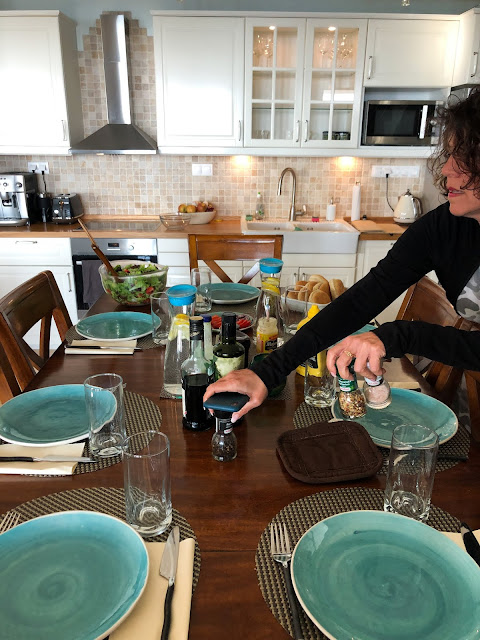 It was delightful bringing our friend into our long standing friendships with each. For an hour over dinner, we laughed and shared stories, and caught up with him about his life.

But he wasn't there to chit chat with us. Soon Dave and he went out onto the terrace to talk. 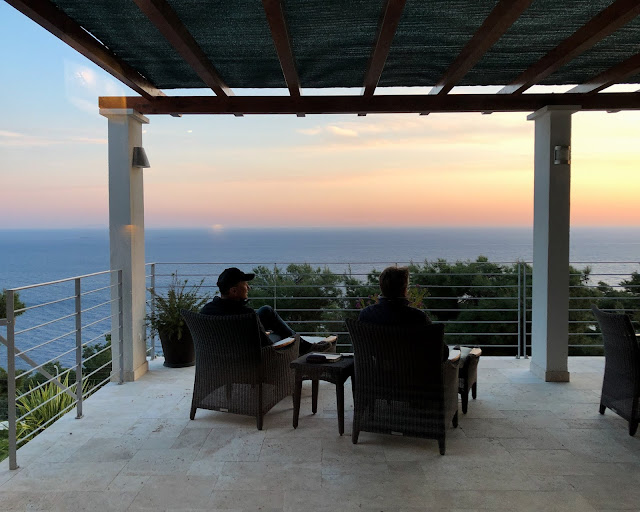 And over the next three hours, long after the sun had set, our friend put his faith in Jesus.

There couldn't be anything that makes us more happy about this house than the fact that our friend, who made sure it was built, has come to know Jesus because of it!!

Before he left, Dave gifted him with his own Bible - the one that he, Dave, has used to study and teach with for many years. Our friend told him it was possibly the greatest gift he's ever received.

Pray for him; pray that God speaks to him as he reads the Word; pray that he finds fellowship with other believers; pray he grows in his faith and becomes firmly rooted in Christ.

How positively delighted we are that we can now not just call him friend, but brother. ☺️