Filled Up by God's Word

While every day on our JV Israel study tour of the Old Testament takes us to new places, there are a few things that are constant each day. 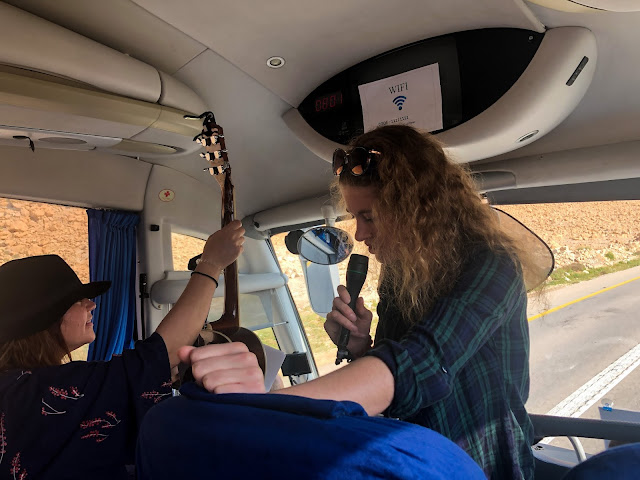 One of those is worship on the bus, led by Shelby and Christy. Oh the sweetness of singing, praying and worshipping together as the bus speeds on to a new location!

Another constant? Watching these two consult with each other about what's coming next.


And what's ahead for today? 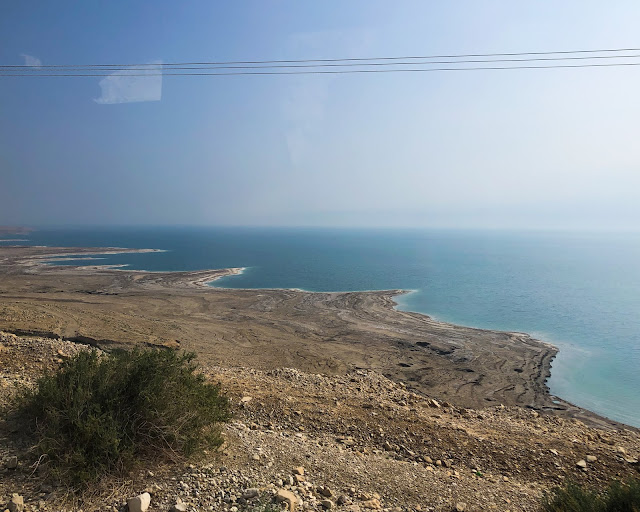 After driving the length of the Dead Sea (hearing about its decline over the years...Dave remembers being here when he was 12 and seeing it right up next to the road!), we drove into Jericho. 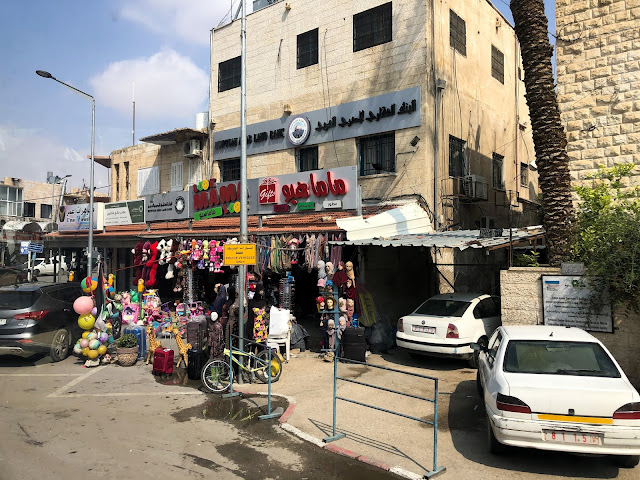 Remember your Sunday School lessons of long ago, and the significance of Jericho? We were about to find out more on that historical event, as well as others, as we took a cable car up the side of a mountain for our next teaching. 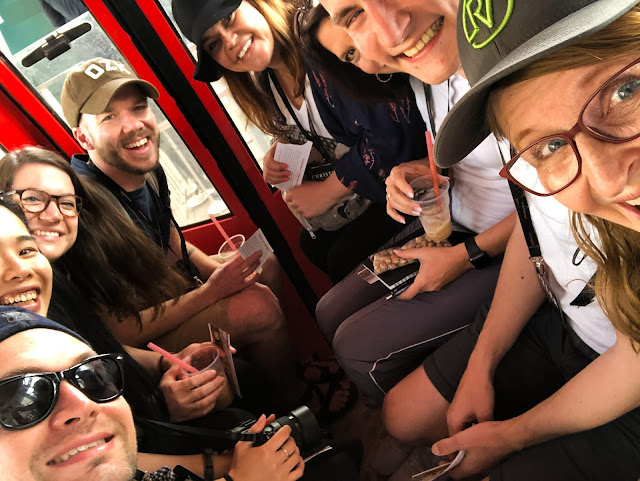 Interesting fact: this is the world's longest cable car BELOW sea level! 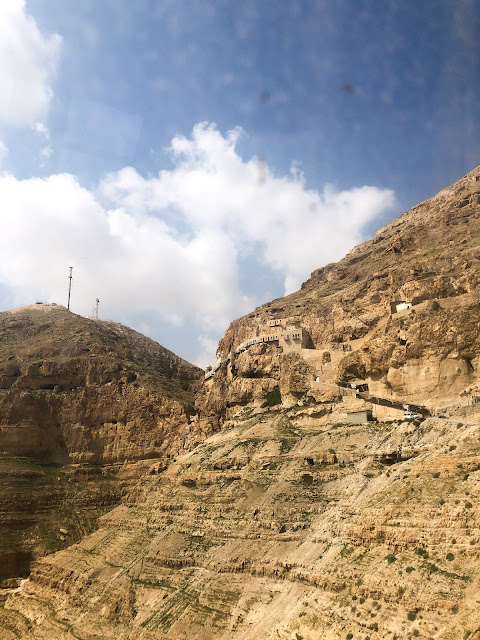 At the top we found a perfect spot for Tyler's first teaching of the day: How to Read Old Testament History! 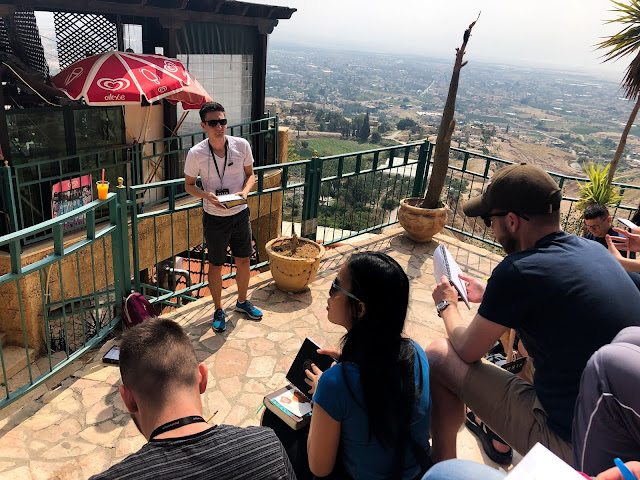 Tyler talked about how you need to know geography, historical and cultural context, along with literary context to read the historical books of the Bible. And in application of those principles, we found out that the story that happened right here (the walls of Jericho falling down) WASN'T the point of the story! Sometime I'll have to put the link to this talk here so you know what the real point of the story is, if you don't know already!

Looks like the cultural context of THIS day was blue shirts and tan shorts for these four guys! 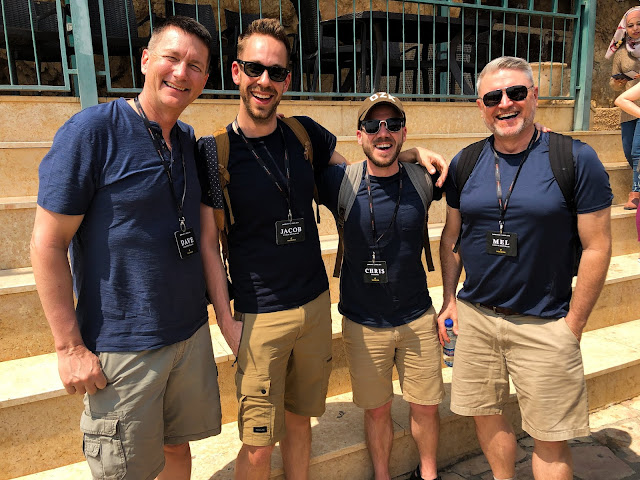 We all walked up to the Monastery of Temptation (thought to be near the location where Jesus was tempted in the wilderness), enjoying the view and conversations along the way; for me one of those  was with Heidi who is coming on JV staff to Slovenia from our home church of Grace Church of DuPage in the Chicago area! 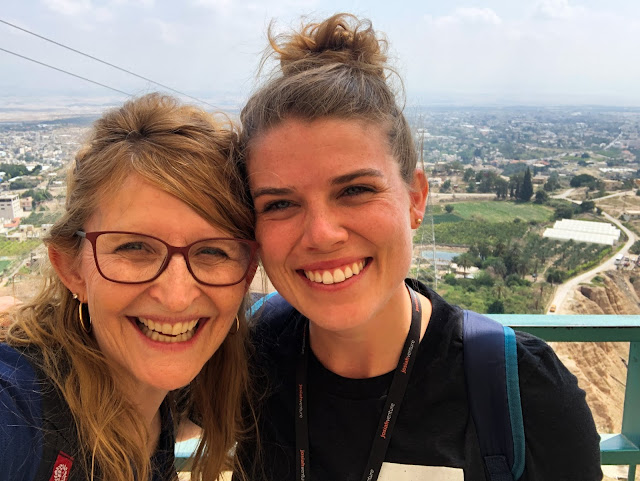 Loved getting the overview of Jericho, and being told by Tyler just how small it was back in the day of the story "when the walls came tumbling down"! 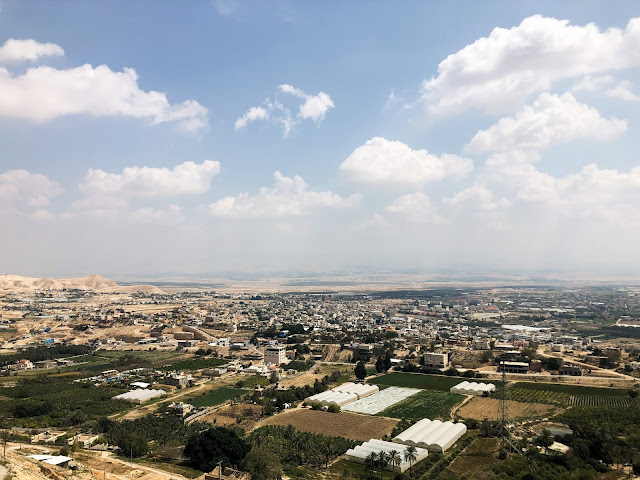 After lunch in Jericho, we continued on to our final teaching location of the day. 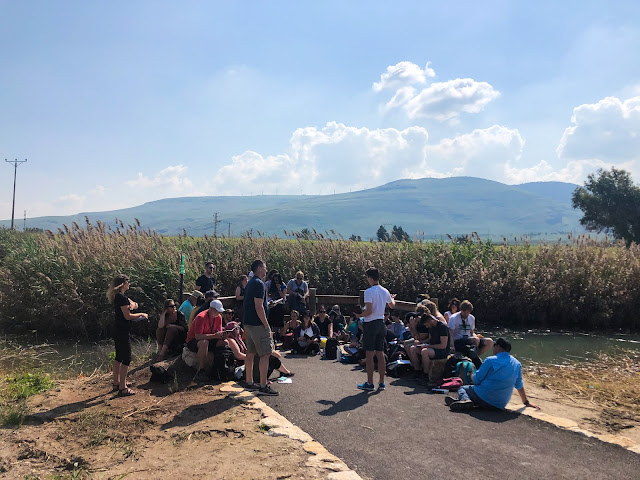 We were supposed to go to Gideon's Spring, in Ma'ayan Harod, a nature reserve. But because it has park hours, and we were getting there a little later than expected, our guide had us stop at a local area instead. It was a perfect place to sit down and enjoy the outdoors and Dave's teaching of the day: Leadership When the Odds are Against You! 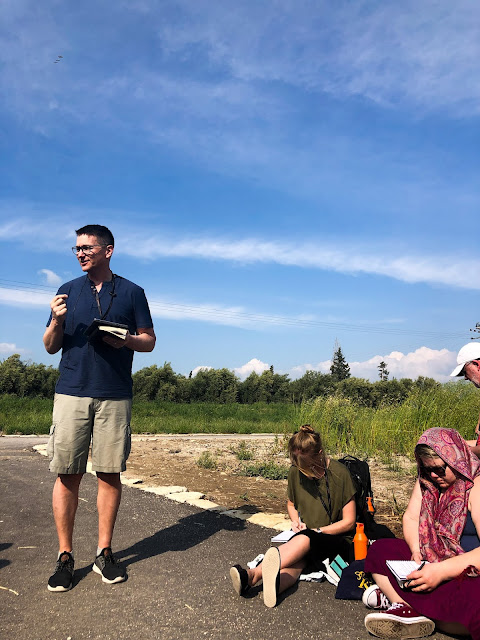 Gideon struggled with doubt, insecurity and the fact that he didn't come from an ideal family. He also had people around him who were accustomed to defeat, who were seriously outnumbered, and a God who purposefully decreased his strength so that no one would take credit for the victory!

Gideon learned how to listen to the voice of the Lord, how to engage in the battle despite the odds, and how to "press the battle" when they weren't winning. It was a powerful reminder to not be surprised by the battle, but to know that victory is possible if the Lord's in the fight with you! 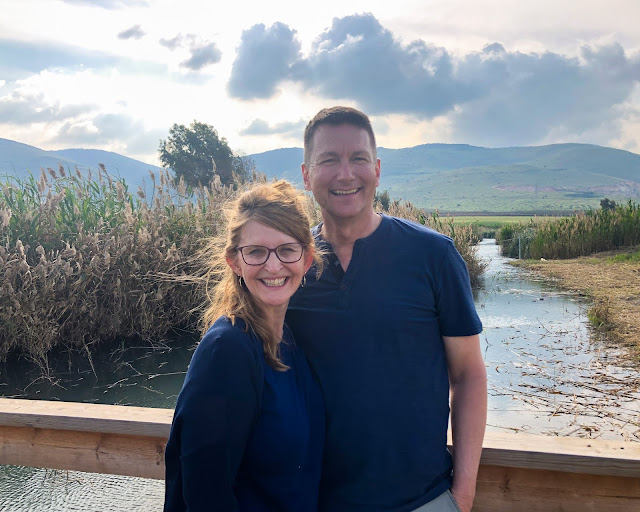 What a great day, being filled up by God's Word in the places where these things actually happened! 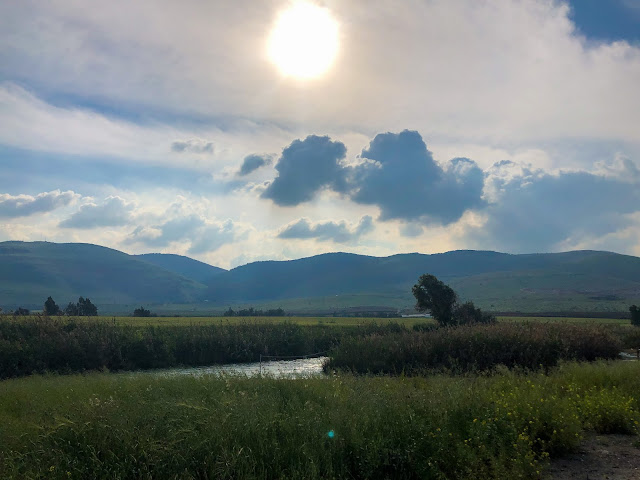