After packing up and leaving our hotel along the Sea of Galilee, we headed out to our first stop of the morning. 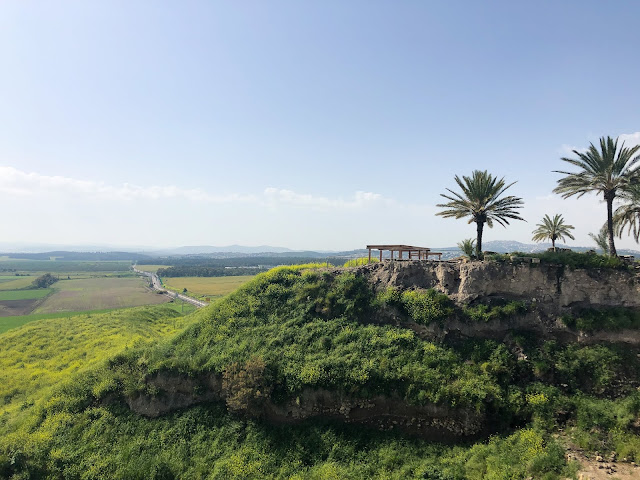 Megiddo is a tel -- an archeological mound formed from the accumulated refuse of generations of people living on the same site for hundreds or thousands of years -- with at least eight levels of habitation dating back to the early Bronze Age (3000 BC to 1200 BC). 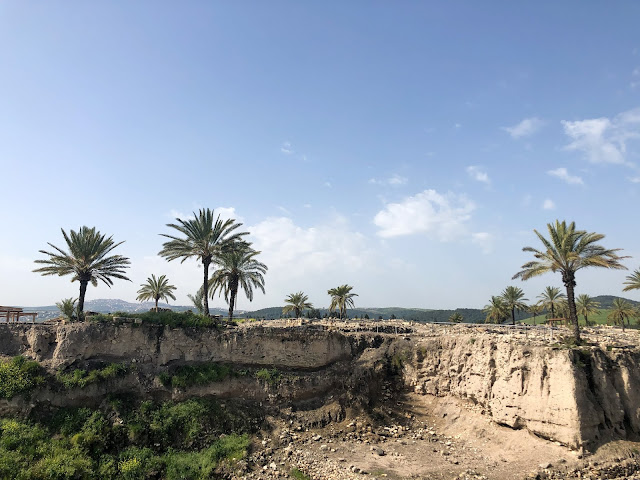 Declared by UNESCO to be a World Heritage Site, it's been excavated many times, and is in the midst of yet another archeological dig right now.

I spent the whole walk through Megiddo with Kecia, who serves in Hungary, but is from Vancouver, Washington, where we both grew up in our teenage years. While we listened out of one ear to the tour being given, we also had such a meaningful conversation during our hour there. 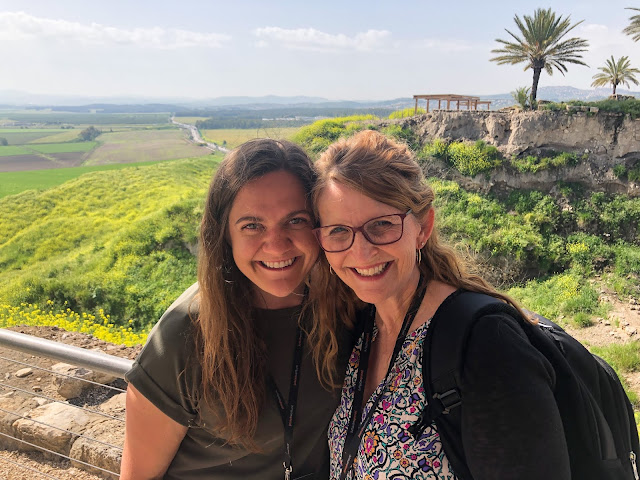 We did take note of our arrival at a deep shaft that we were led down in to! 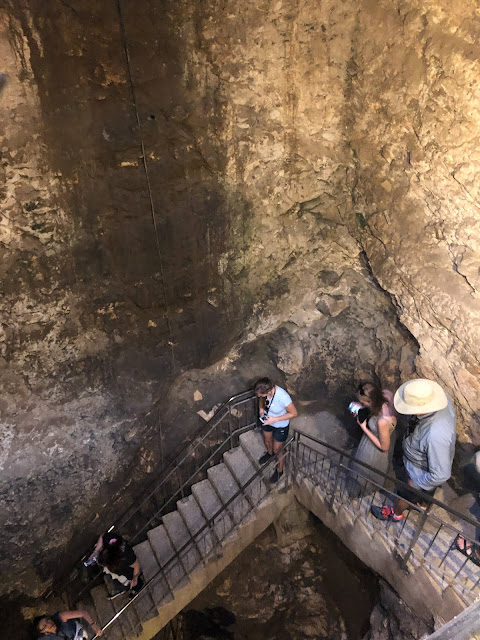 This is the water system that brought water into the city from a spring outside of its walls, thought to have been built around 874-863 BC, in the time of King Ahab.

From here we took a 45 minute drive north to Mount Carmel where we exited our bus once again and took a short walk. 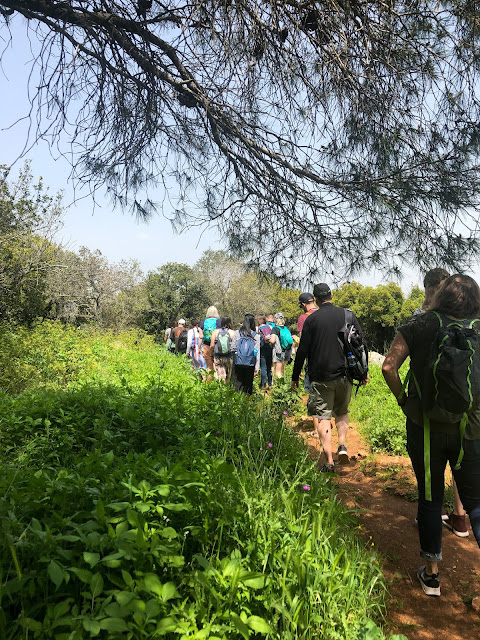 Mount Carmel is known to have been the meeting place between Elijah and the prophets of Baal; thus this was the perfect setting for another teaching session with Tyler on how to read the Old Testament prophets! 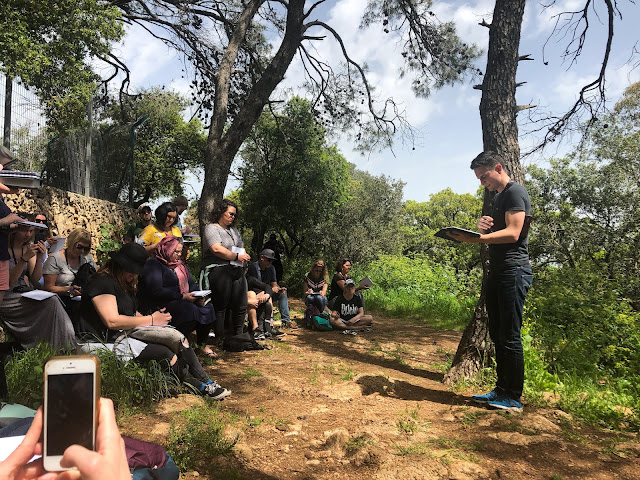 Tyler talked about that epic battle, and then moved into teaching from the book of Amos to illustrate how to read the prophets. 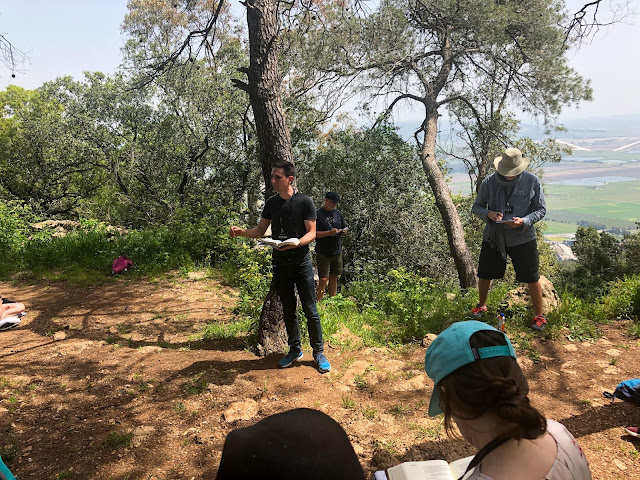 From this overlook into the Jezreel valley, he taught that prophets were commissioned to:


Prophets are men and women who stand in the gap, occupying a place back and forth between God and people.

With my head and heart full from this teaching, we drove on to one more location for the day, Tel Lachish. 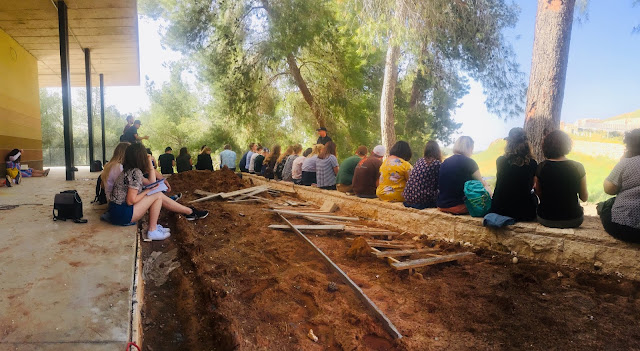 Does it look like we're in a construction sight? That's because we were! They are building a visitor center here, and someday it will likely cost something to visit. But for today, we sat on the edge of the new construction, and listened to Dave teach on "Leadership Under Pressure". 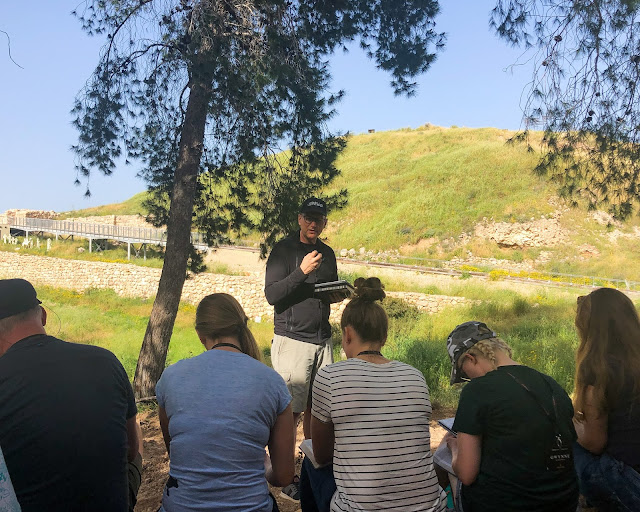 He taught through 2 Kings 18, which tells a story from this very location here in Lachish, about King Hezekiah, one of the few kings of Judah who did what was right in the eyes of God during the period of the kings.

This was such a good teaching, and I have pages of notes from it! He ended it by saying there are two things you should stop doing, and one you should start doing when you're under pressure in leadership: stop assuming that it's your job to remove the pressure, stop ignoring God's instructions and interventions; start with repentance! This allows you to hear God's voice and know the way he has made for you to walk in.

As we made our way up to the tel after he'd finished teaching, the reality that this story in God's word had happened HERE really penetrated my heart! 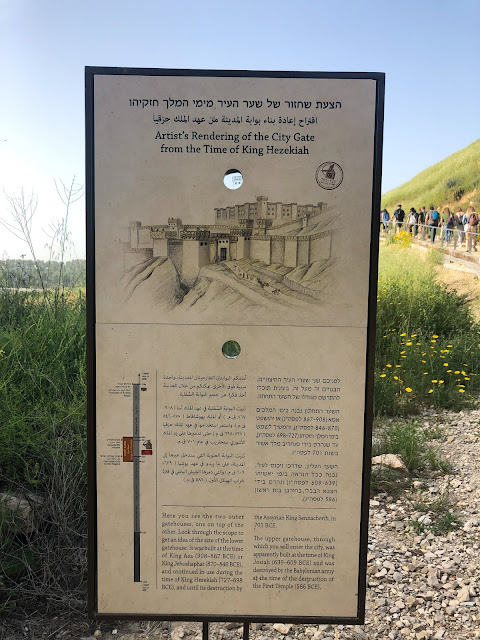 Once at the top, we were met by something unusual.


Everyone sitting is in a chair with the name of one of the kings of Judah (the southern kings) inscribed on it. 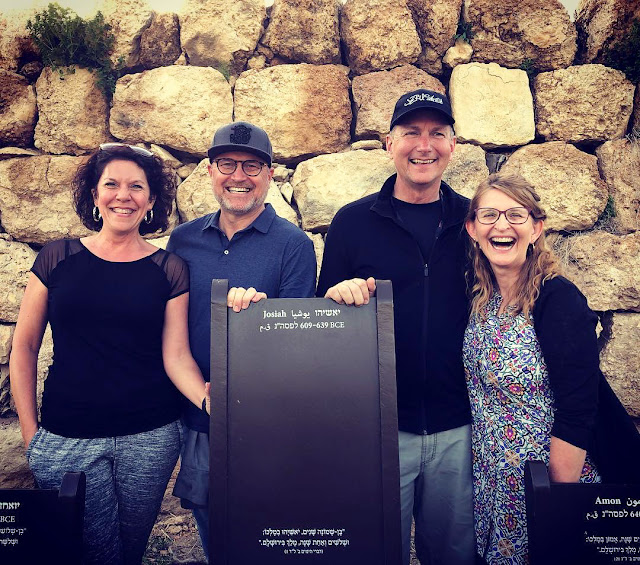 We spent quite a bit of time up on the tel since it was one of the most beautiful afternoons yet, enjoying the sunshine, flowers and fellowship with each other. 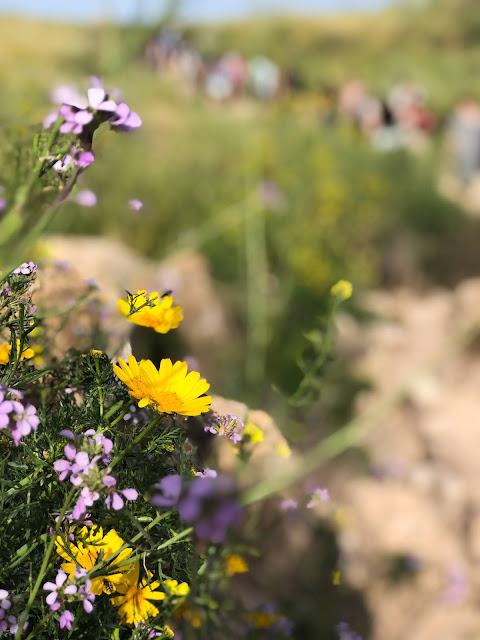 I walked down with Theresa, one of my dearest friends of nearly 30 years who serves in JV at our home office in Wheaton. 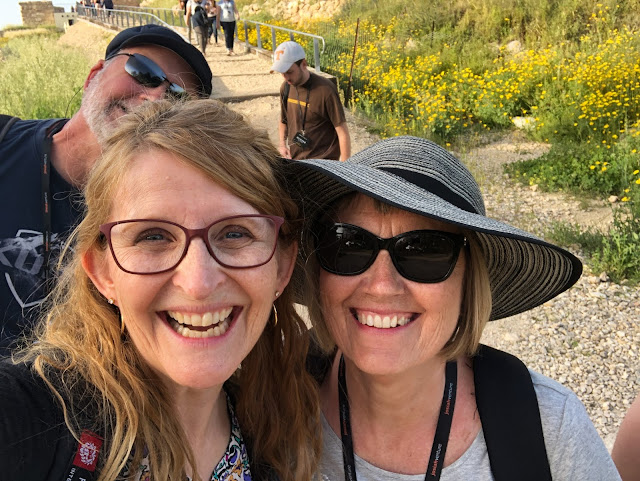 We'd spent so much time at Lachish that we didn't have time to get out at our last location of the day! Instead we just pulled off to the side of the road and looked out to the Valley of Elah, where David fought Goliath in their epic battle! 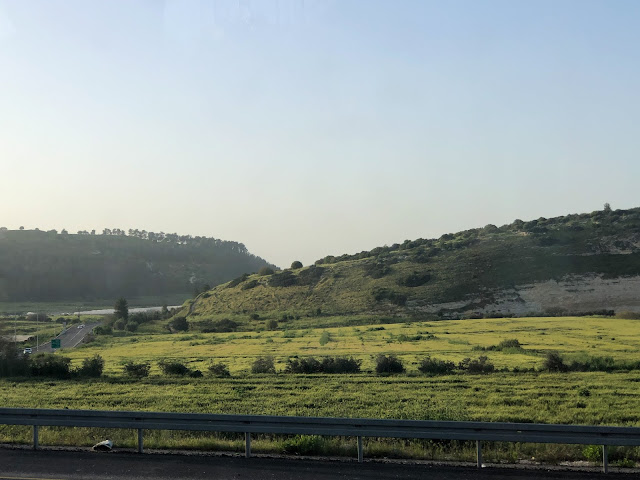 We pulled into Jerusalem at sunset, as we'll be based out of here for the last three days of our Old Testament study tour with our JV single missionaries. 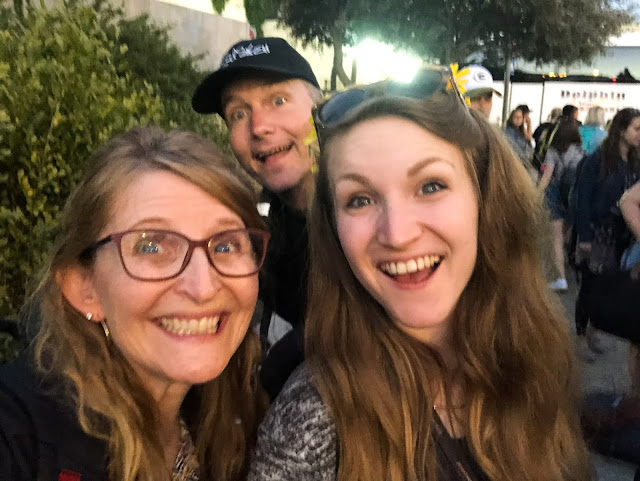 These days are full! But we want to make the most of this time to soak in what God has for us here!
Posted by Living By Lysa at 10:15 PM