I am dating this post on the day it actually occurred, though am writing it a week later! How these days are flying by right now.

But I sure don't want to forget one last evening of goodness while we all were on Hvar. 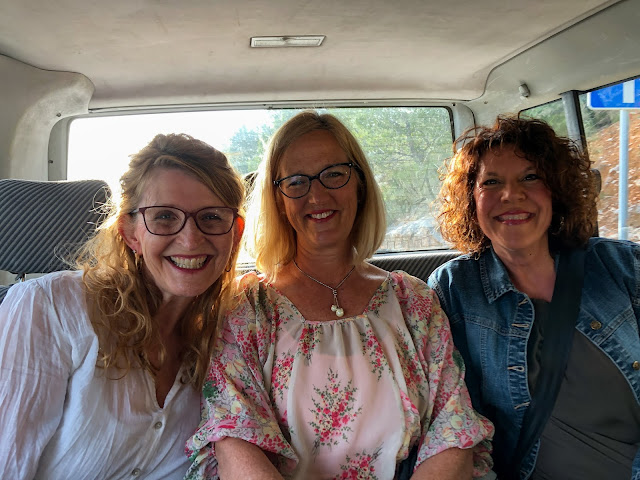 All six of us climbed into the Hash's van on this Easter night, to head for Hvar Town for our last evening together before we headed for home to Czech and Poland.

I hadn't been in this 22 year old van for several years now, since Dan and Laura bought it from us in 2013. But oh the memories we made in here on vacations long ago.

Our first memories were taking our little family to Croatia in it...and then the memories continued when each of us moms had a boy who rode in this van as we traveled on vacations all together (Dave and I always had the boys in our van, while Claire and Hayley rode with Hash's, and Tyler and Hannah rode with Ellenwood's!).

It was fun to sit in the back and reminisce on our drive. 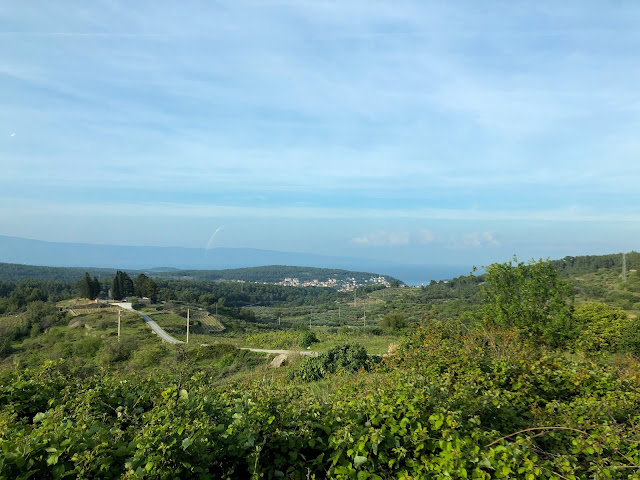 Hvar Town was beautiful as always on this Easter night...made all the more so by being here with each other! 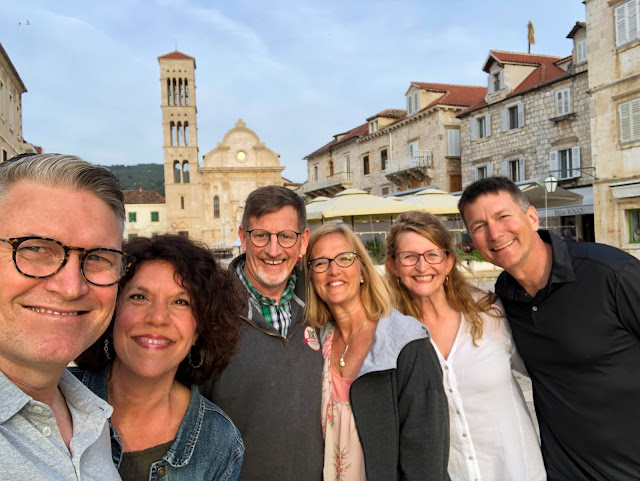 Even though we've walked this walk dozens and dozens of times, it never gets old. 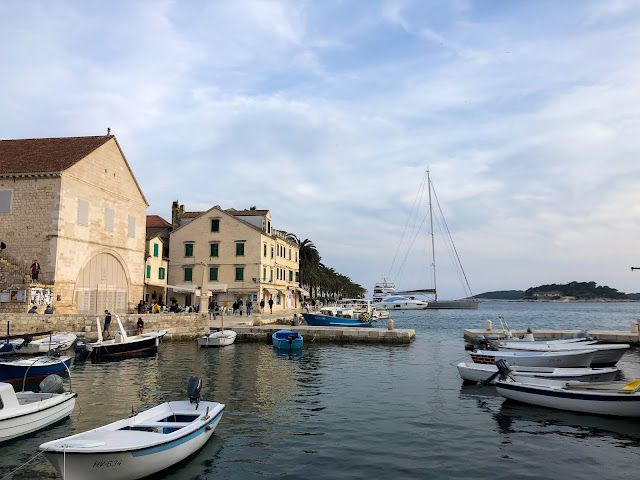 We came for dinner to one of our old favorites, Mizzarola. It's changed locations since we first discovered it...but it's got the same good food as always.

And of course the company is always good too! 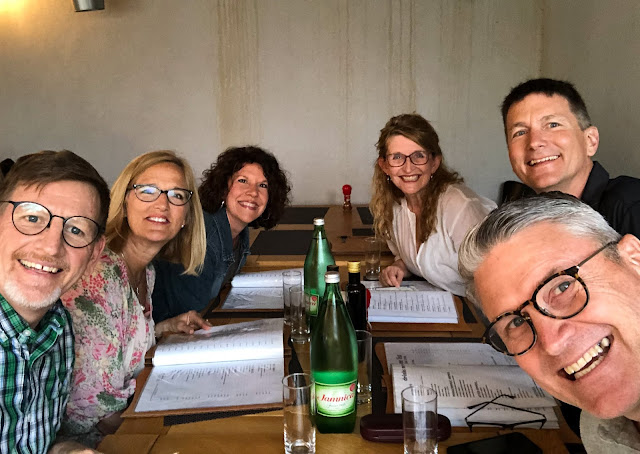 It's not a night in Hvar Town without going for ice cream after dinner. Though it's still early in the tourist season, one of the shops was open.

After we'd gotten our ice cream, I handed my phone to the guy working behind the counter and asked if he'd take a picture...which he promptly did from this angle. 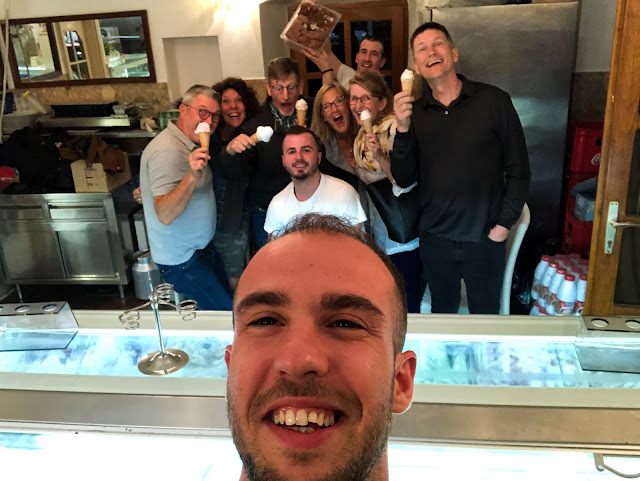 He turned the phone around and was going to take a "normal" one, but I told him no! This was a much more fun picture to end the night with!

What a great week together with these great friends that we get to share life with, even on Hvar sometimes! 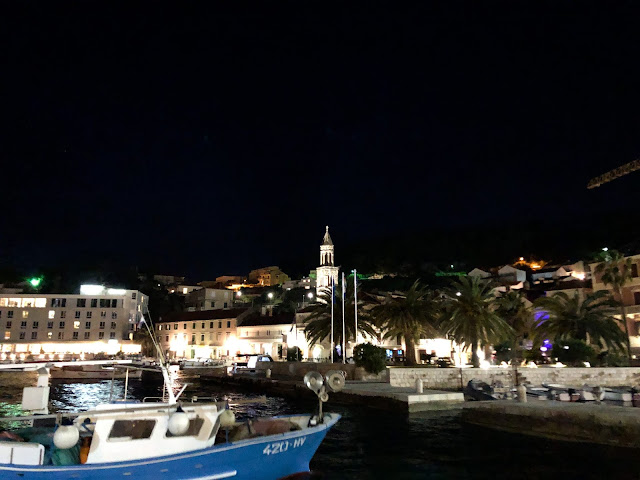