Eleven years ago, in 2008, our family, the Ellenwood's and Hash's, who'd been vacationing together since 2003, came to the island of Hvar.

Over the next seven years, God did some unimaginable for us. I wrote about it a few years ago in a post called, "The House that Friendship Built". You can read that HERE. We were able to complete that crazy amazing project at the end of the summer in 2015, and started renting it out in summer 2016.

We're now coming into our fourth summer of preparing it for this season's guests, which we three couples do every April. It takes a full week of everyone working many hours a day, to get it fixed, cleaned, planted and ready for guests who will come from all over the world to stay here.

Each year we try to make improvements as well, to make it an even more special experience for our guests. One of this year's improvement is the addition of this old girl. 😁 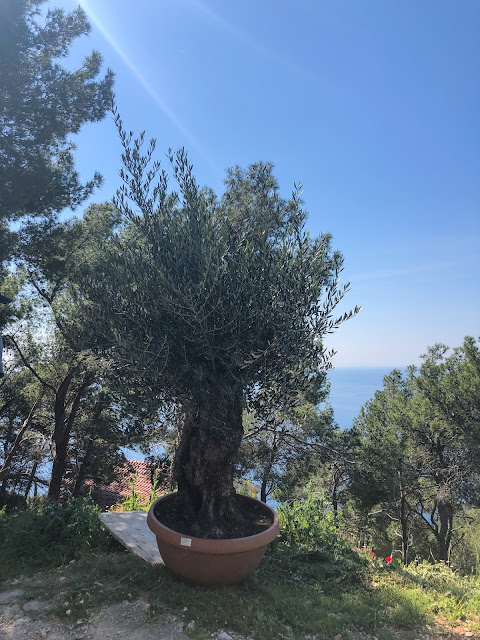 She's from Italy, is about 120 years old, and weighs at least 800 pounds! We picked her out in Split last week, and then had her delivered to our house today by a transportation company who brings things to the island.

Trouble is, they're only hired to deliver her to our property, not to the spot where she needs to go! Thus began the moving of "Olive" this morning! 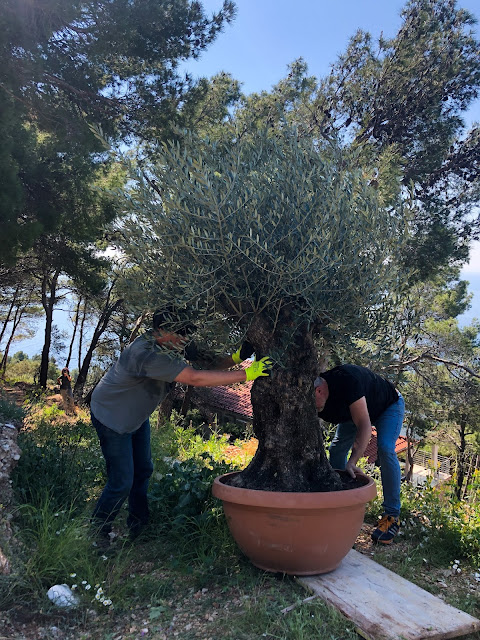 Mel and Dave devised a method of sliding her down the hill on pieces of wood. 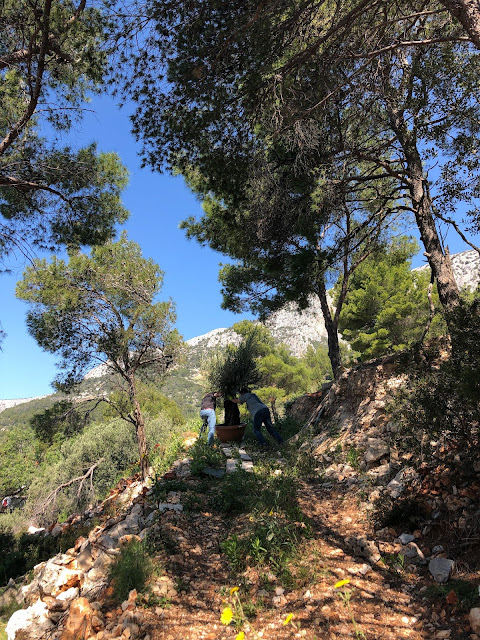 That was working pretty well when there was a bit of a slope to use gravity as a help. 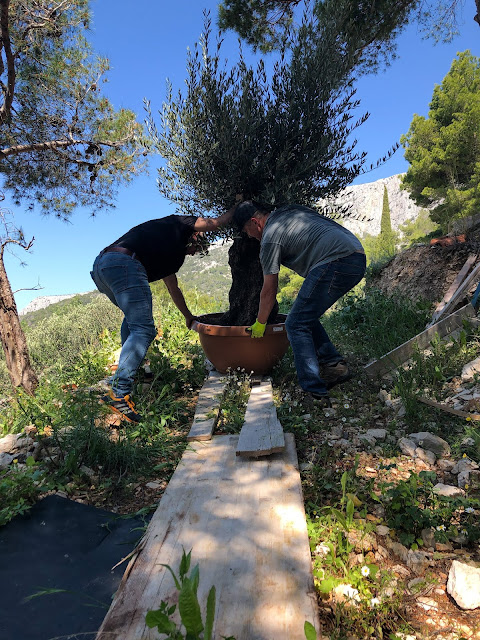 When the path down the hill leveled out, it required more manpower! 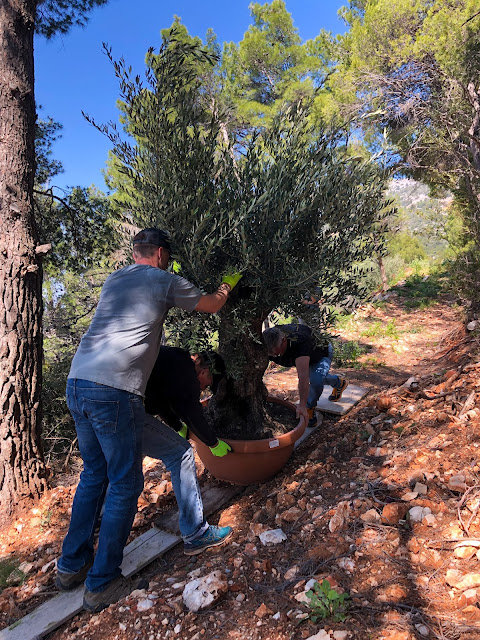 Dan came to pitch in his muscles to slowly twist and turn Olive's pot back and forth on those little pieces of wood. She was headed for this location, but it was a slow process getting her there. 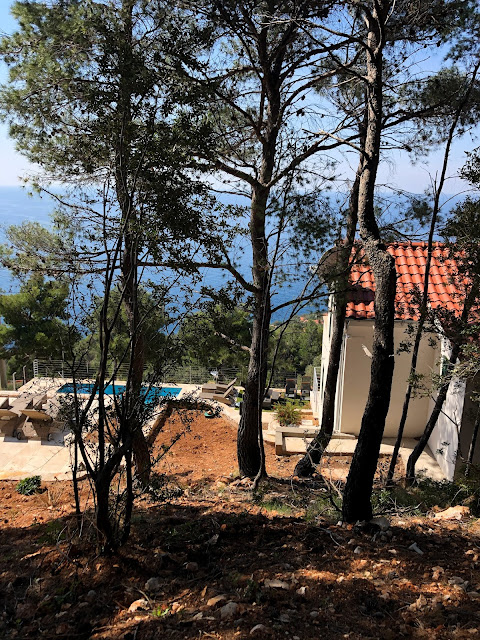 Just when we thought the level part was hard, it got even harder! 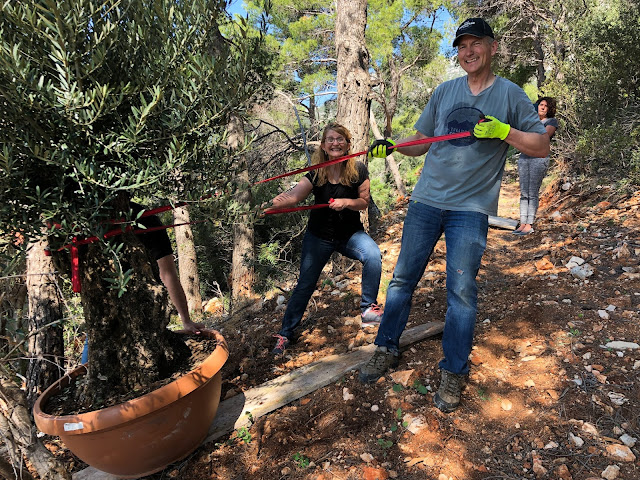 We had to attach straps to her to hold her back from falling down the hill. Yes, I had to put my muscle into it too while Amy stood by to video, and Laura took pictures (because you know, an event like this needs to be documented!)

After a few tense moments of getting her down the steepest part, she finally made it to the plot of ground waiting for her. 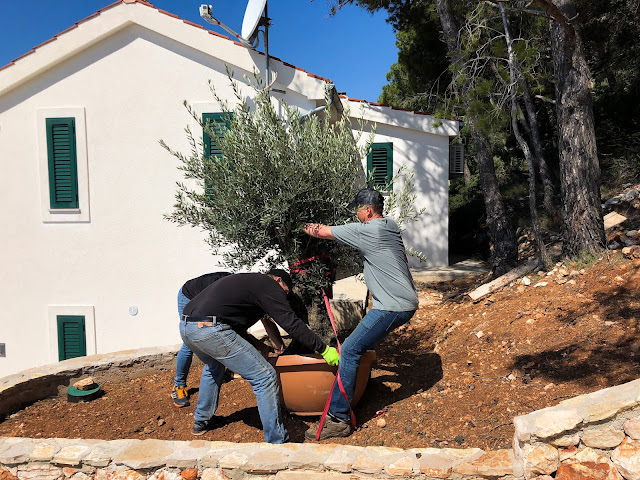 With a last burst of muscle, Mel and Dan held her while Dave wiggled the pot off of her roots. 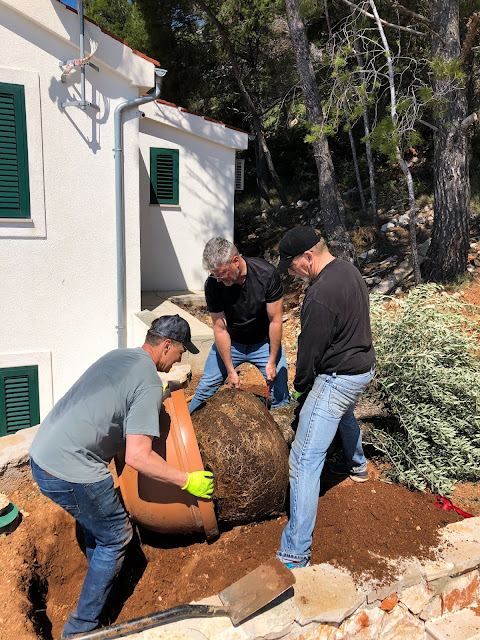 After getting the hole ready, the guys gently dropped her in and began to fill in the dirt to hold her safe and sound. 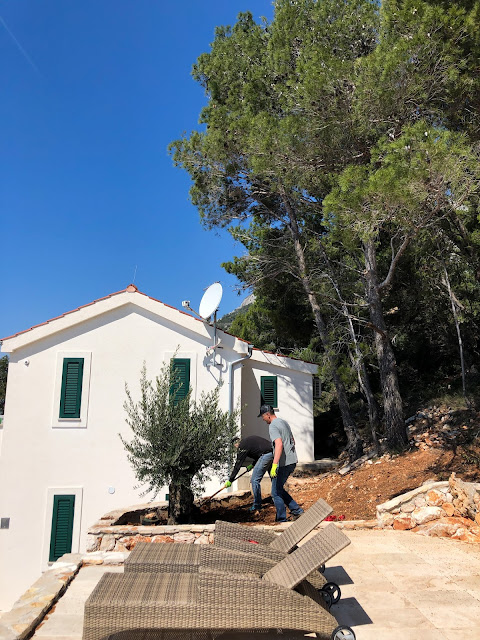 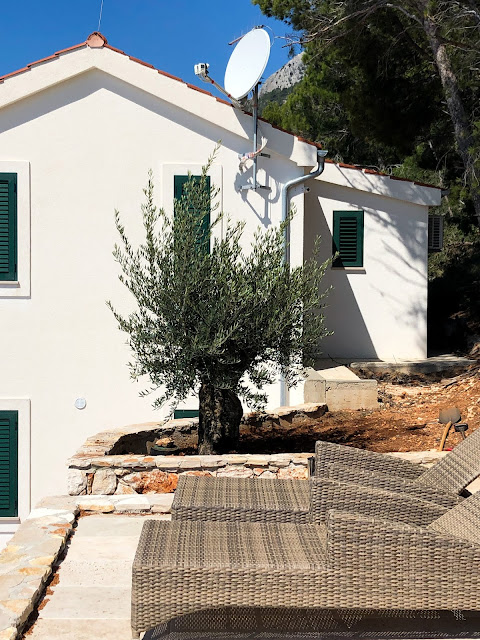 She's got quite a view now from the spot where she'll stand guard for many years to come. 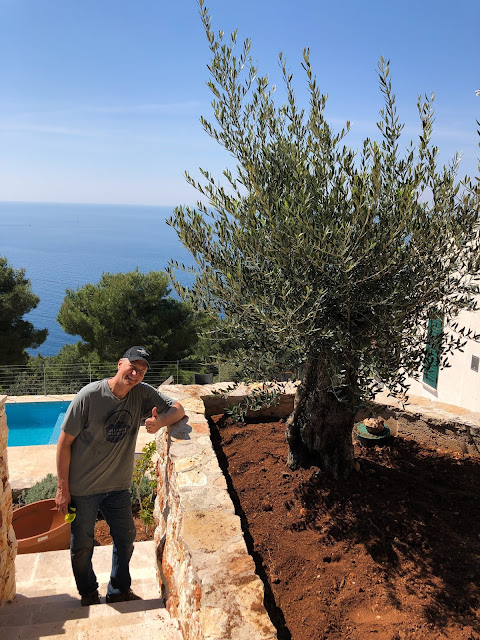 Olive looks and feels at home here at Villa Maia, and I hope will grow gracefully into an even older woman as she keeps watch from her perch above the sea! 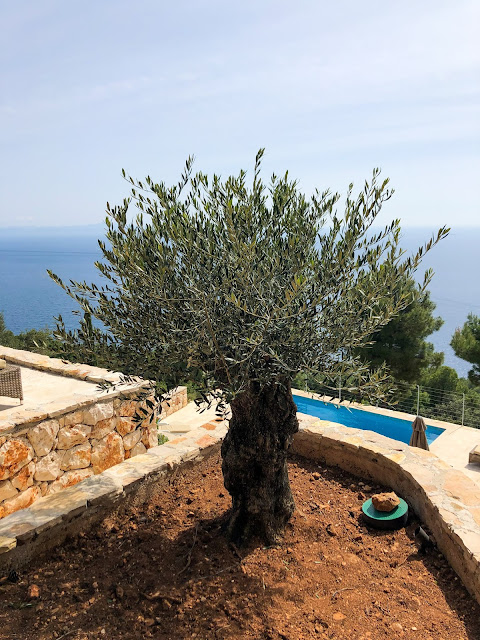 During the hour that it took to move her, Amy took a time lapse video of her journey most of the way down. It's only 28 seconds. Hope you'll enjoy the ride with her!