It's a certain little grandson's birthday this week-end, and he and his family will be here at Papa and Nonnie's to celebrate.

What is Asher getting as a gift? 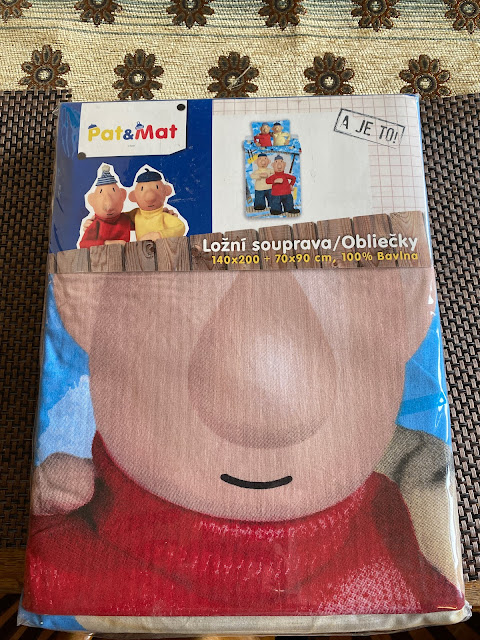 What he asked for! 🤣Pat & Mat covers for his new bunkbed. 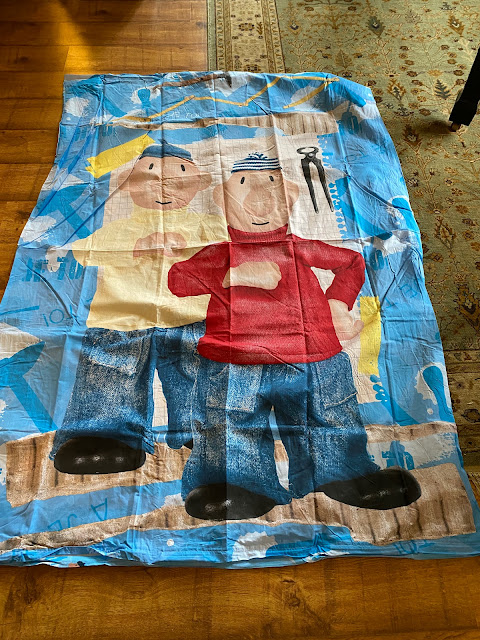 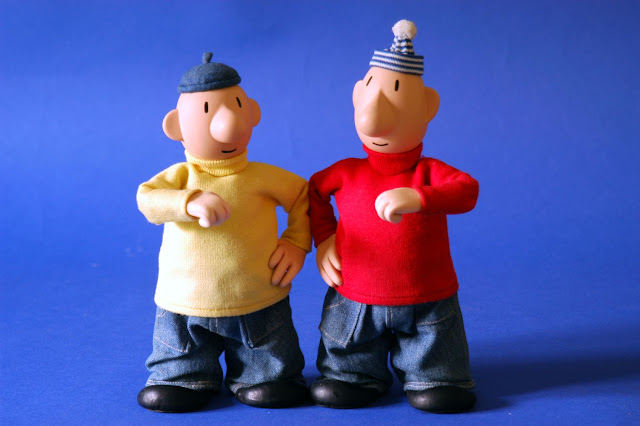 They are slapstick, stop motion animated characters first introduced in a short film in what was then Czechoslovakia in 1976. You can see the six minute show HERE on You Tube. There is no dialogue, so the fact that it was created here doesn't mean you can't understand it!

Episodes began to be produced in 1979, and so far there have been 129 shows released over the years.

Originally called "A je to!", which means "And that's it!", the characters didn't even have names until 1989!

The names, "Pat and Mat" are shortened forms of Czech expressions "Patlal" and "Matlal", which can roughly be translated as Clumsy and Awkward. The creators intentionally gave the characters short and universal names that would be suitable for a worldwide audience. The show has been broadcast in more than 80 countries since 1980.

Tyler introduced Pat & Mat to Judah and Asher, and they are thoroughly amused by their hilarious attempts at finding solutions to problems; so much so that Asher asked for covers for his bed that had them on it (truth be told...he also said the covers could be from Star Wars, but he knows Pat & Mat much better than he does Star Wars...he just knows his daddy likes SW!). 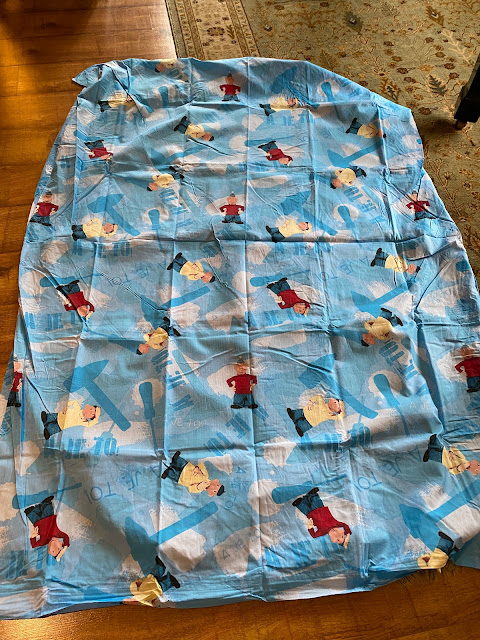 I went on the hunt for these covers online, finding only three possibilities, two of which were, in my opinion, rather ghastly!

But this cover is perfect for Asher and I hope he'll be delighted by it when we have his party on Friday.
Posted by Living By Lysa at 10:00 PM