For the first time since February, Dave and I left home and headed south. This has been such an unusual season of being home due to coronavirus, when we would normally have been traveling a quite a bit. But the change of pace that the stay-at-home orders have brought into our lives has been so good - a reset of sorts. We've actually been thankful for it (despite the chaos it has brought to the world).

Today we are changing work locations for a few weeks, and heading down to Croatia since the borders are now open.


The house that we built with our friends years ago on the island of Hvar, needs to be opened up for the season. Thankfully, despite the pandemic, there are still guests coming! But we haven't been able to go until now to work on it because of all the restrictions in Europe. 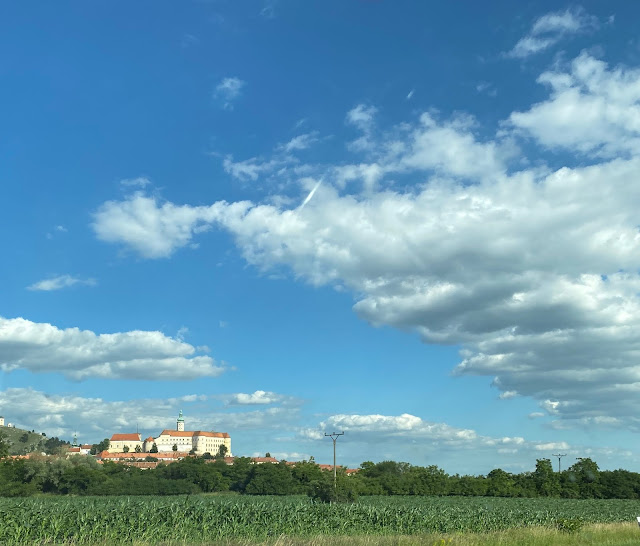 It felt really strange crossing over the border just after I took that picture of Mikulov castle in southern Czech. I can hardly remember a time over the past 26 years when we haven't left Czech every now and then for some reason, even if to just cross into Poland for a hair appointment!

The skies are beautiful and clear (not filled with any airplane streaks!), the colors are vivid (you have to wonder what less emissions has done for the land), and the roads are much emptier than usual. 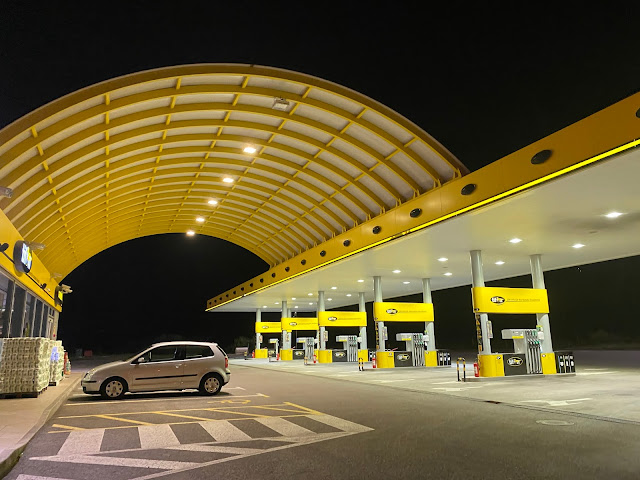 We have been driving down to Croatia in the summer for over 20 years, and I've never seen so few people traveling as right now. It was strange to pull into a gas station and see just one car there, and no cars in the parking lot behind it. 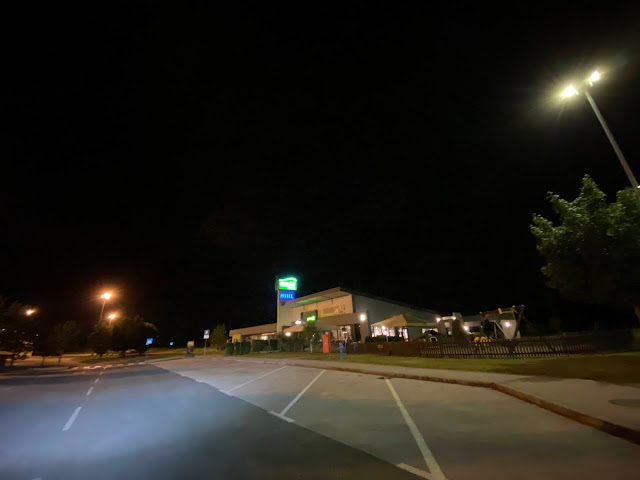 This would normally be packed with people sleeping in their cars before continuing their journey down south.

We are spending the night in this rest area hotel (too old for sleeping in the car now!), where there are no other guests besides us. The doors were locked when we arrived, and had to be opened by someone working in the kitchen!

It's hard to think of what this is doing for the tourism industry, not just here in Croatia, but around the globe. So many people make their living but it. I know beauty can come from ashes - that's biblical. But it will be interesting to see in years to come how this pandemic affected something as simple as gas stations and rest area hotels...not to mention all the other industries affected by it.
Posted by Living By Lysa at 11:30 PM