On Tuesday night, Dave drove to Brno to speak for a group of Czech college students.

After meeting at the offices of the ministry organization he was there to speak for, Dave followed someone to the university location for the meeting. He parked behind the guy who led him there, on a small side street.

Held in a lecture hall at the university, the meeting room was full of students, many who were there for the first time.

Dave spoke on having a healthy relationship with your parents as an adult. It was designed to show the non-Christian students the practical nature of the Bible on a relevant topic that they're facing. Dave said he had a great time speaking, with good interaction afterward with students.

He stayed for an hour and a half after the meeting talking with them, then went out to get in the car and make the two hour drive home.

But the car was gone.

After walking up and down the block, trying to remember if this was really where he parked, a woman from the apartments facing the street put her head out the window and said, "I think your car was one of the ones that got towed".

Turns out there had been a hockey game at the university. Many cars were parked on the small side street. While there was NOT a "No Parking" sign anywhere, all the cars were parked up on the sidewalk in order to leave room on the street for other cars to go by.

But, come to find out...if you park up on a sidewalk, you need to leave at least 1.5 meters (4 feet) free on the sidewalk for people to get by. Good to know!

Someone from the apartment buildings had called the police, who came and ticketed all the cars parked up on the sidewalk. It's not a big fine for this offense.

However, for whatever reason, a little while after the police ticketed everyone, a tow truck came and towed away all the cars that were still there, including Dave's!

The cost of a tow truck coming to pick up your car is, as Dave found out, not a small one.

After paying the bill, Dave finally had his car again and drove home with a lighter wallet than what he had gone there with.

Yesterday, Dave got a letter from the organizer of the meeting with an update about conversations believers had with their non-believing friends afterward.

One young woman trusted Christ the next day! 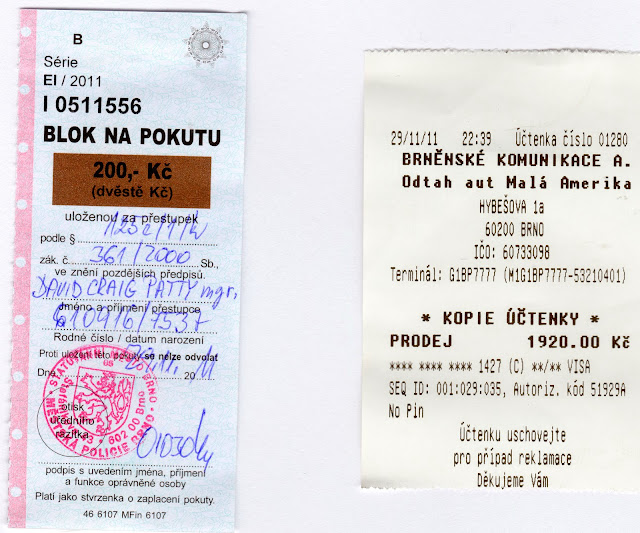 Email ThisBlogThis!Share to TwitterShare to FacebookShare to Pinterest
Labels: Dave