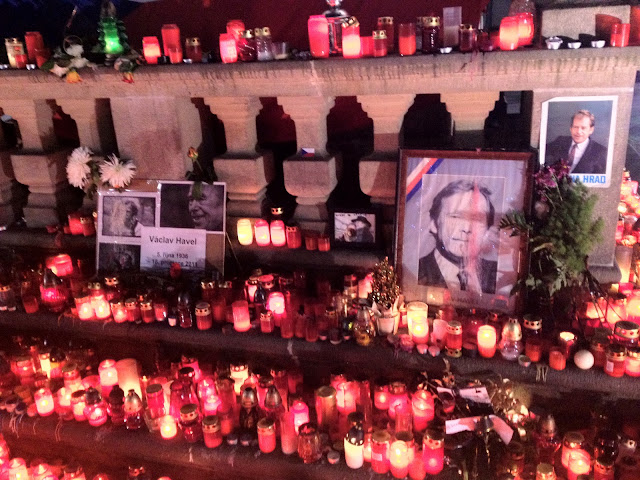 I never met him.

I never saw him in person.

But I have the greatest admiration and respect for Vaclav Havel - a playwright, essayist, poet, dissident and politician. He was the tenth and last president of Czechoslovakia (1989–92) and the first President of the Czech Republic (1993–2003).

He passed away in his sleep on Sunday at 75 years old.

One of my friends wrote on her FB wall:

"Today I sat down and thought that an absolutely unique and unrepeatable chapter of my country's modern democratic history just came to an end ..."

I feel that with her. Even though this is my adopted country, I felt a deep sadness when I heard about his death - it marks the end of an amazing time in this country's history.

My friend also wrote: "These days my country is going through a time of great mourning since this man was an absolutely key figure in bringing down the communist regime here in Czech." (Hope you don't mind that I quoted you D.D.)

Though I'm sure there were many people responsible for bringing down the communist regime here, Havel is the face and heart of that historic time in 1989. Were it not for him, we very well might not be here. For that, I am deeply thankful for the sacrifices that he made for this country, bringing it into a new era of freedom where it's possible to share the Gospel.

I was in two towns today and saw spontaneous memorials in the centers. Caleb was in Ostrava tonight and captured the memorial there with these moving photos that I'm posting tonight. 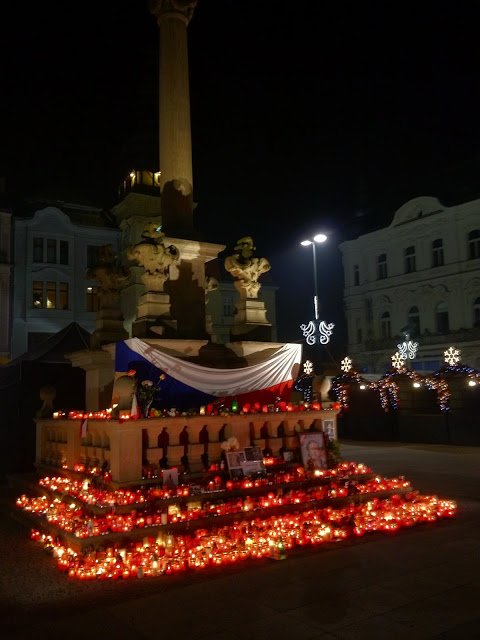 The funeral is on Friday. The whole nation will mourn. I will mourn with them. 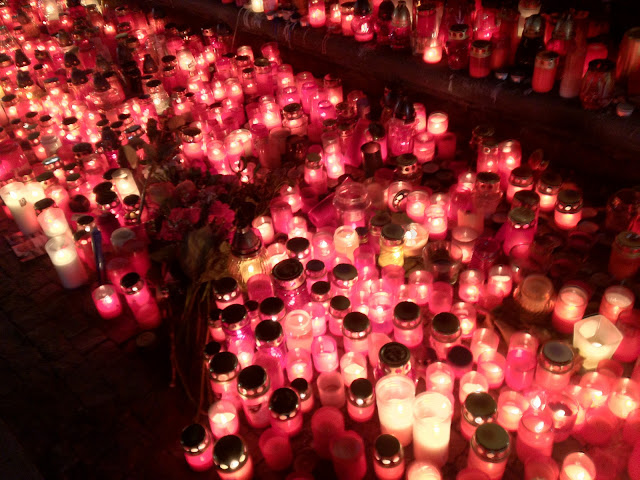 This is a link to a wonderful article about Havel by a friend of his, Paul Wilson, who translated many of his books and plays into English: Vaclav Havel: Shy revolutionary with a will of steel