Delight From His Daughter

Why the blue glow on Dave's face? And what's he smiling about?? 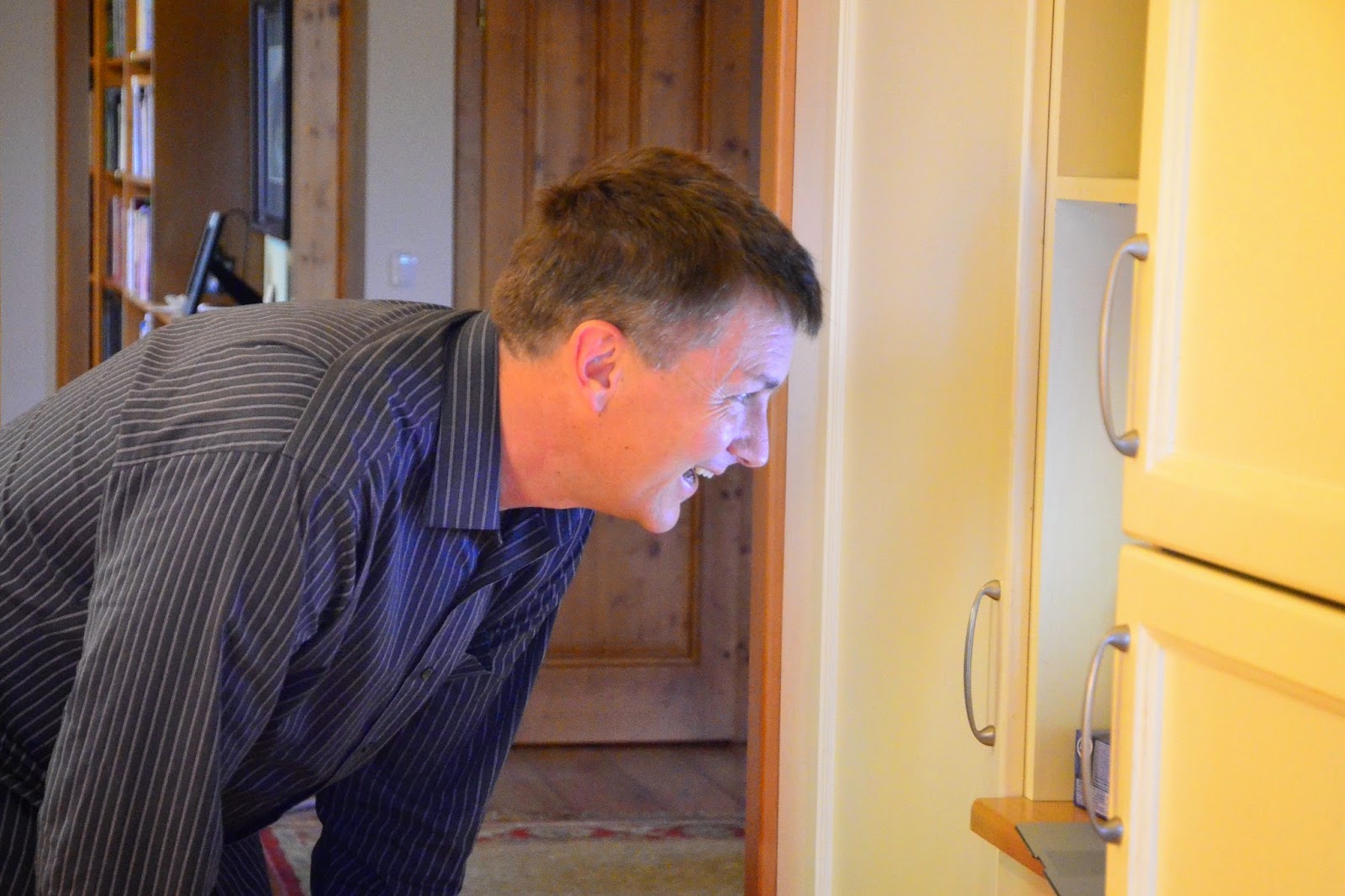 First of all, he's talking to our daughter, Claire, who lives in Chicago and goes to Moody Bible Institute!

Since these past few weeks have been full, he hasn't had a chance to FaceTime (video chat) with her in a while. 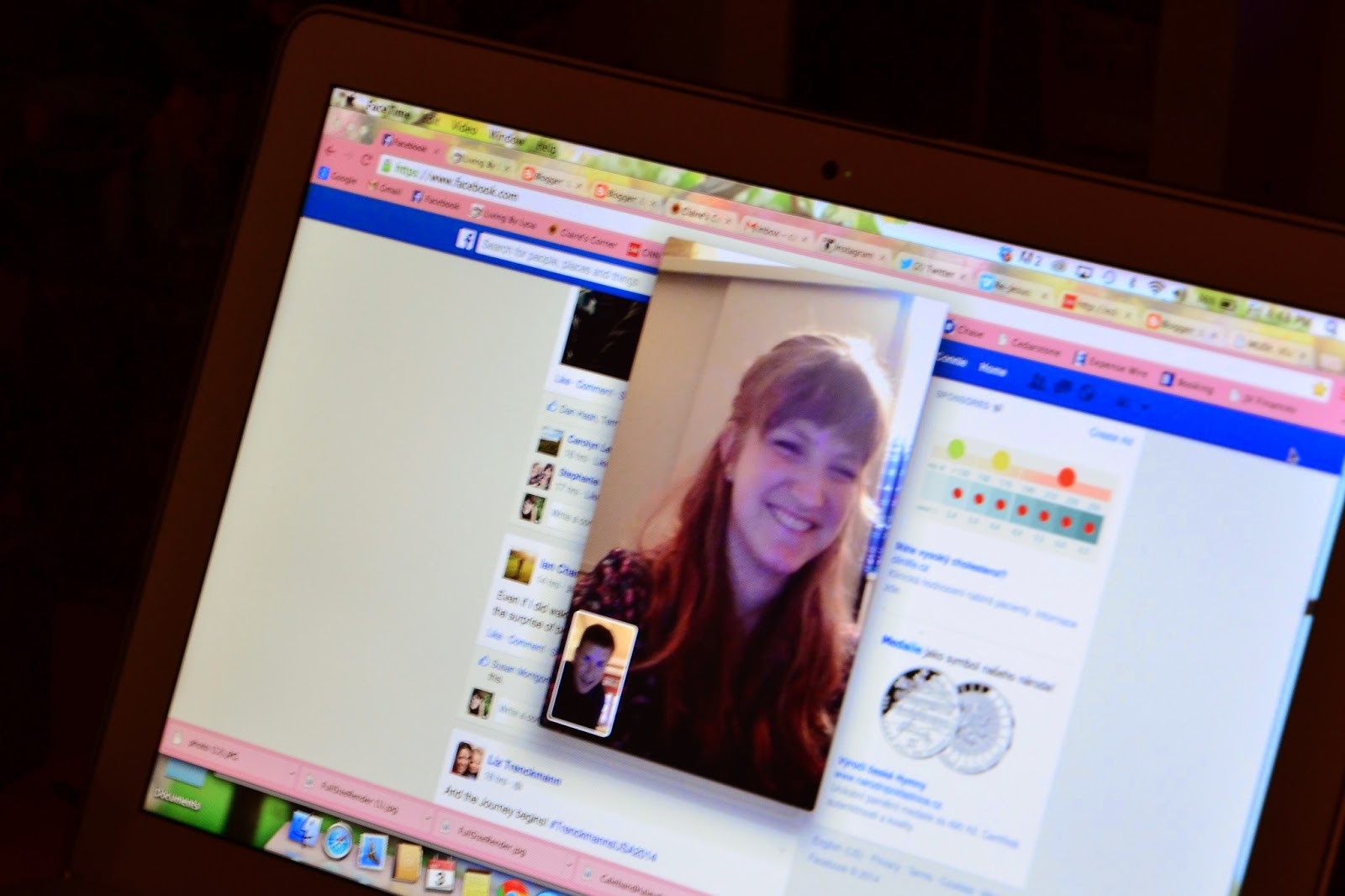 But there's another reason he's got such a grin on his face.

He had just received his birthday present in the mail from her when we arrived home after a week away. 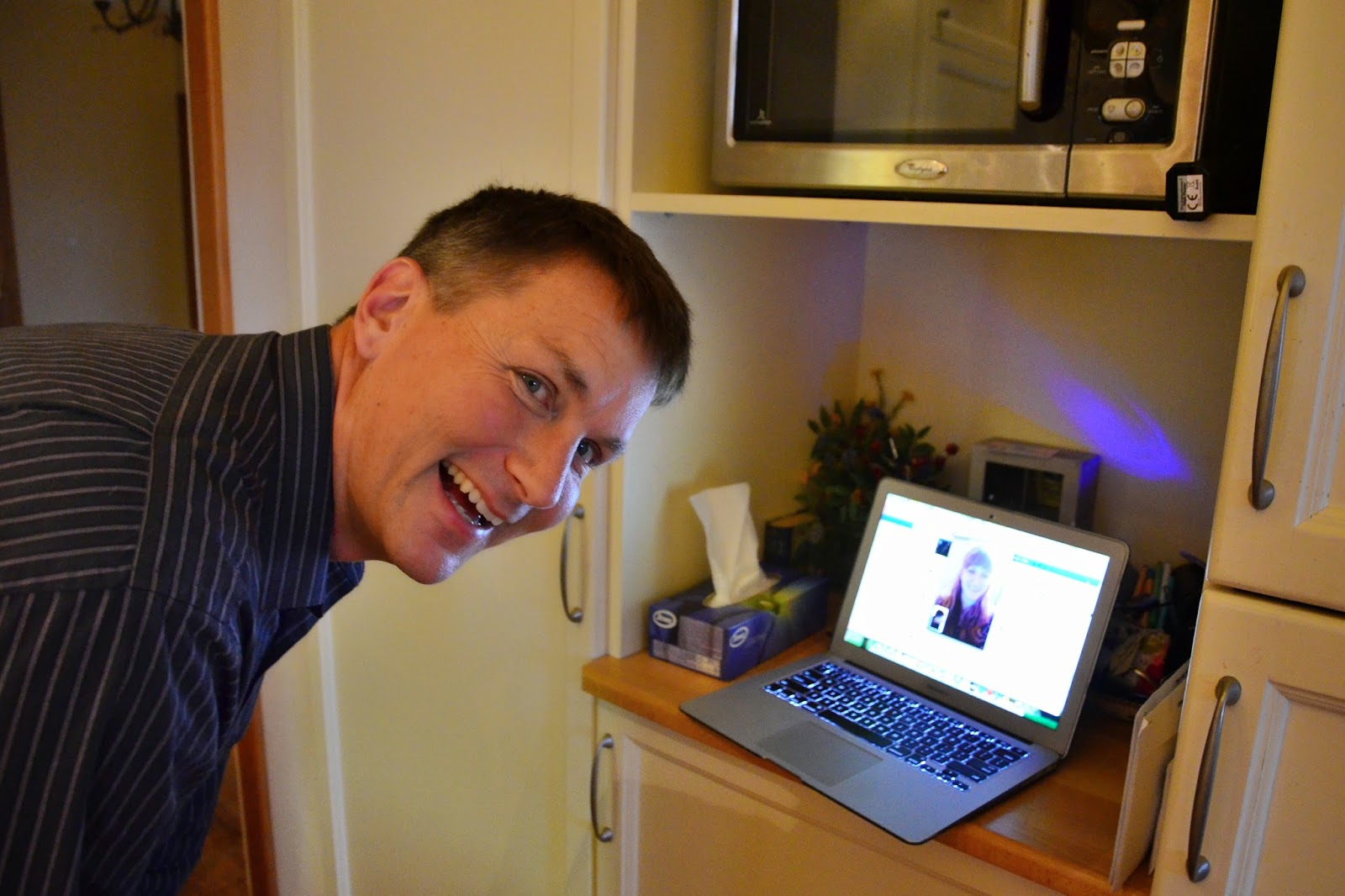 While she'd mailed it in plenty of time for his September 16th birthday, it got waylaid somehow and didn't arrive until now.

What was in the package? Some beautiful artwork that Claire knew her dad would appreciate (sorry I missed getting a picture of it!).

But there was something else in the package as well. A little background is necessary to explain it.

Two years ago Claire made this for her dad, a travelogue in pictures of places they'd been together. She framed it and it's been in his office ever since. 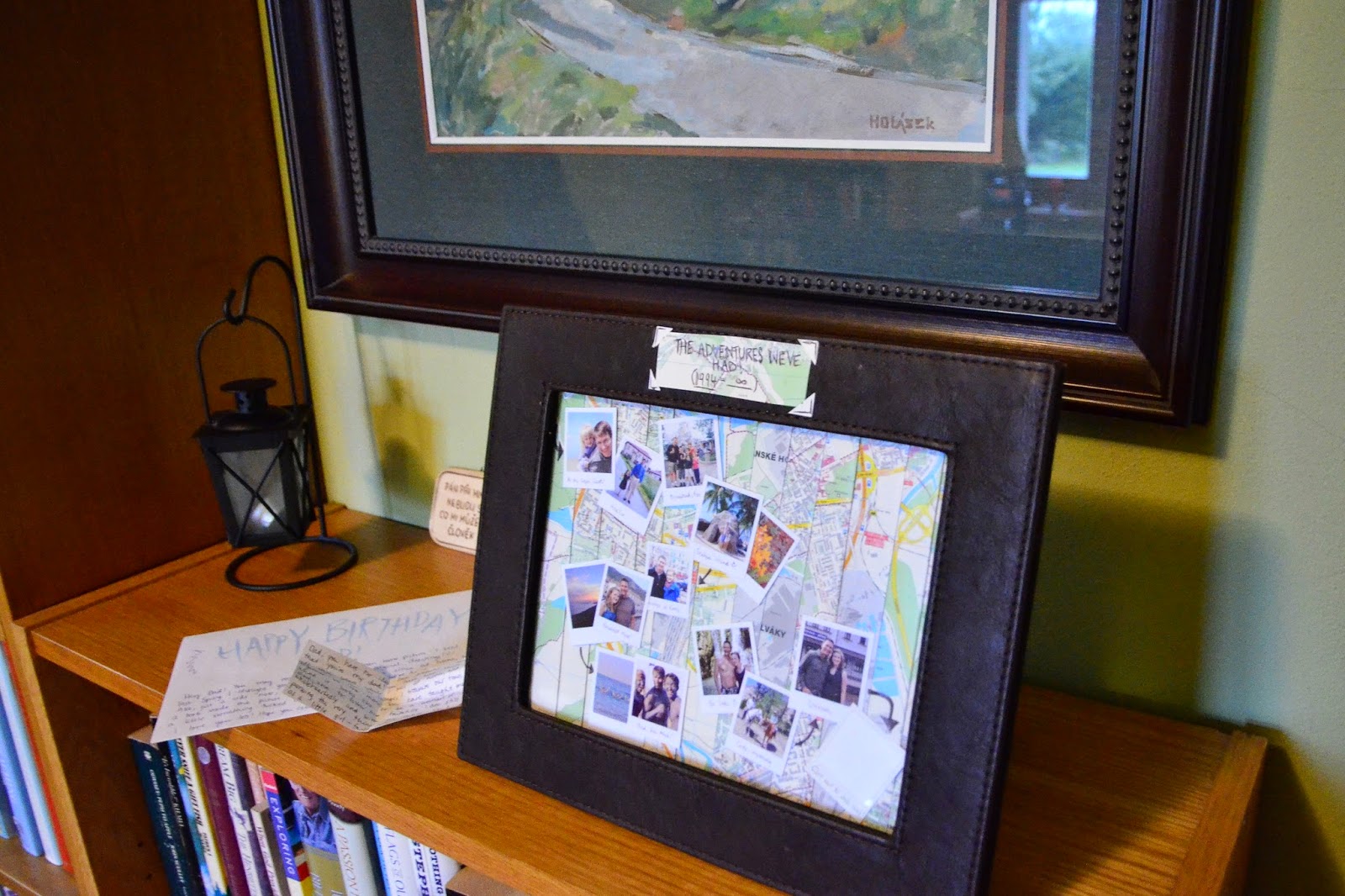 Back to the package that just arrived. Besides the beautiful artwork, there was a letter to her dad as well.

It included these instructions: "Also, just a side note, but when you're in your office at home, take a look inside the picture from our 'places we've been'. You'll find a little something tucked under the folding of the map!" 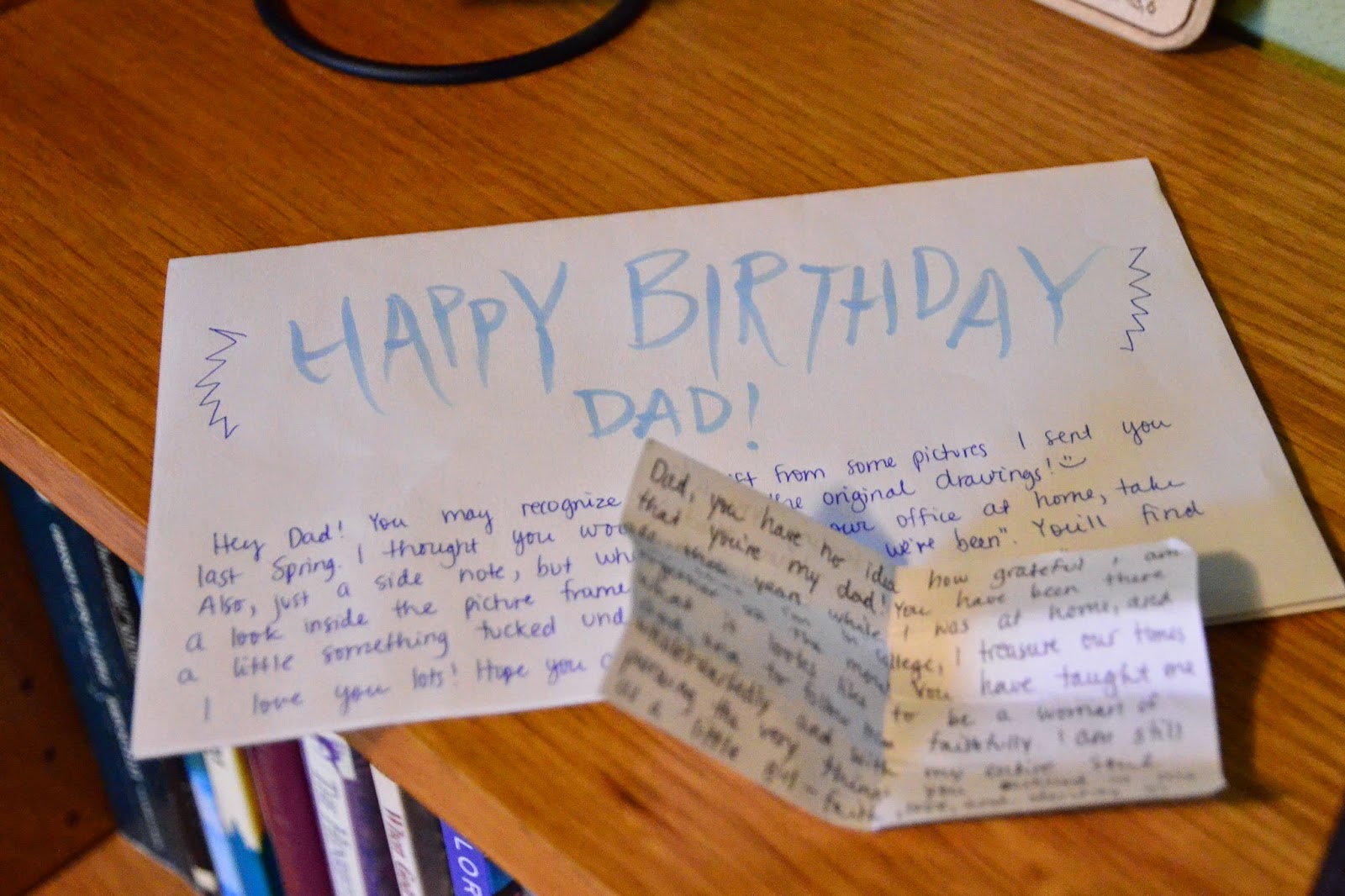 Dave took the back off of the frame, unfolded the map, and there he found a little note from Claire.

It had been hiding there for two years!! 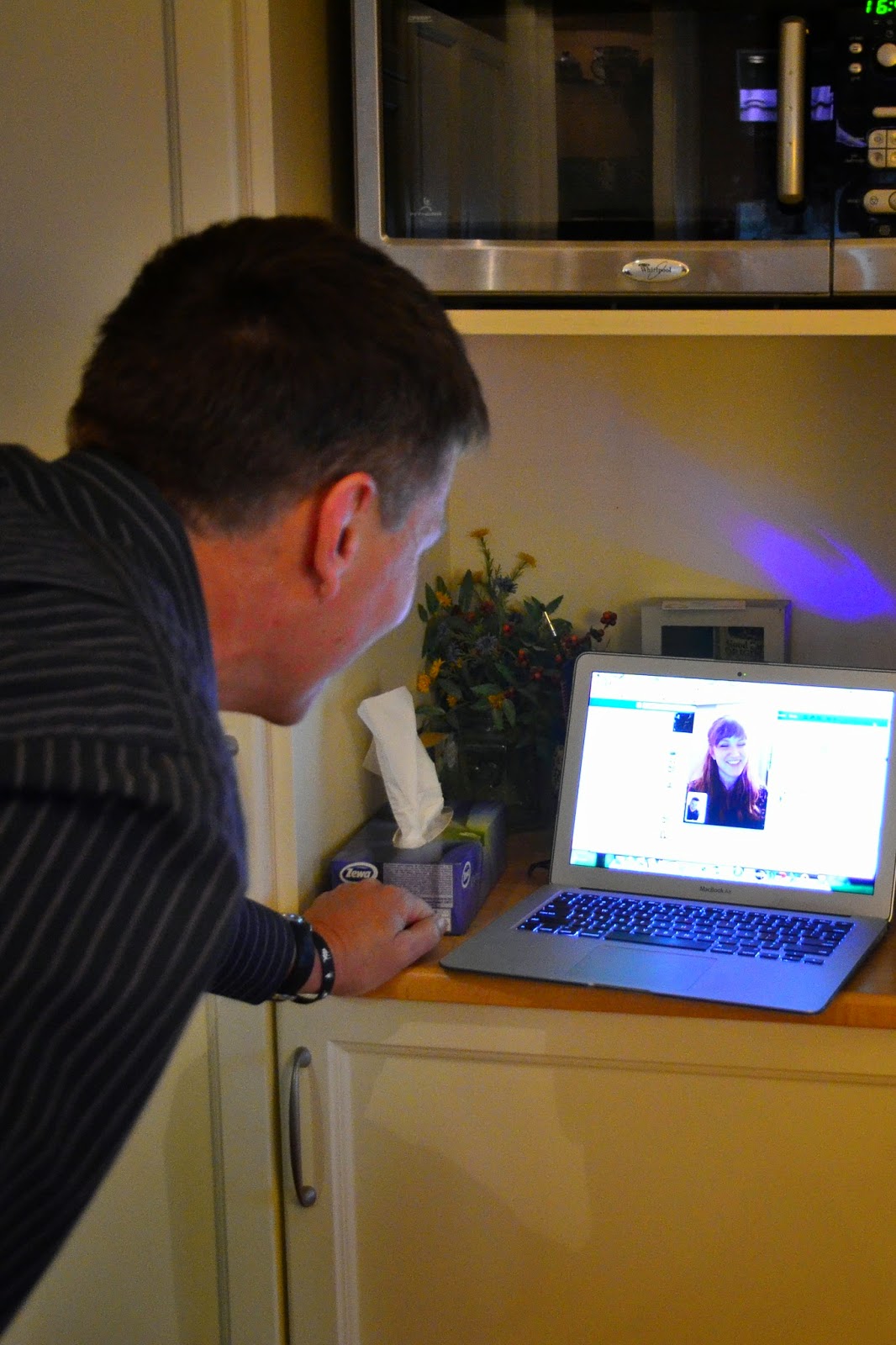 Oh the fun she had explaining how she'd put it there and waited before telling him to look for it!

You can't imagine the delight of this dad by his daughter's thoughtfulness and creativity!!

They laughed a lot together as they chatted, and he couldn't help exclaiming over her ingeniousness as they chatted. Truly he was astounded that she'd kept it a secret all that time and said, "I'm speechless Claire! And you know that doesn't happen very often!" 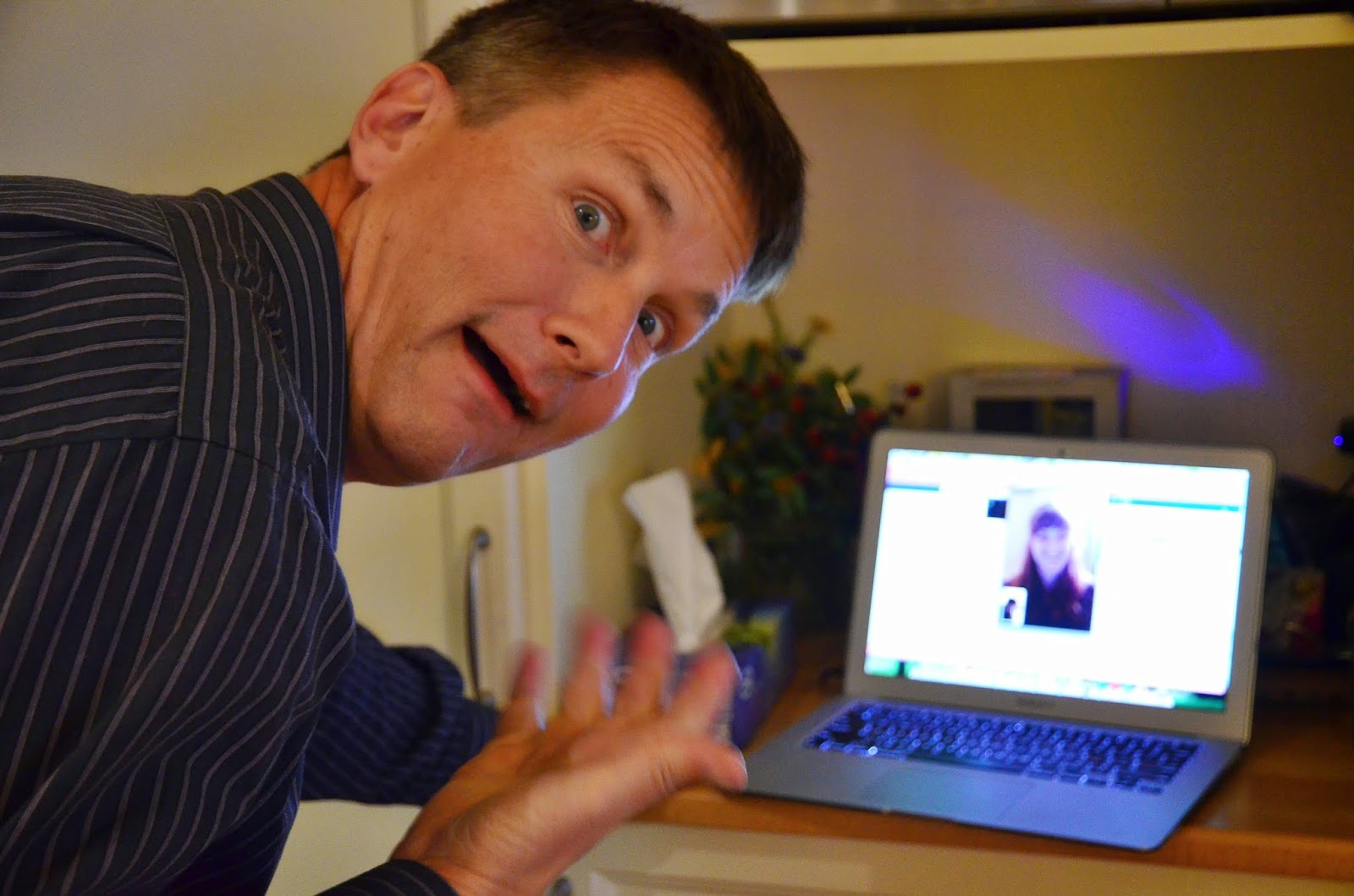 "Way to go Claire!! You made dad's day/week/month by your loving, creative gift!!"
Posted by Unknown at 1:00 PM